Join the Conversation (0)
The GV80 SUV from Genesis was inevitable, given the market.

I mean, if such as Alfa Romeo and Maserati have SUVs, how could Genesis not enter the fray?

A sit-down with Richard Trevisan, brand director for Genesis Canada, at the brand's "outlet'' ("dealership'' does not cover it...) in the Square One mall in Mississauga gave me a peek at the up-coming GV80, the first of what will become a full line of SUVs.

The GV80 is a big three-row SUV, using hardware from the existing Hyundai parts bin, including the 2.5 litre four-cylinder turbo engine or the 3.5-litre twin-turbo V6. Full-time four-wheel drive is standard.

It's a handsome beast, although the SUV two-box format doesn't give designers much leeway. They are trying to establish a "Genesis'' look, knowing full-well that brand identity is critical, especially in the upper reaches of the market. 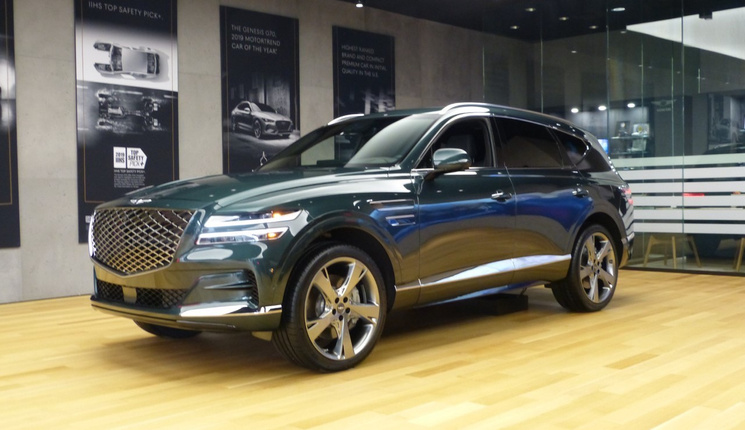 Going forward, all Genesis models will have headlights with a double horizontal line through them, a theme carried through to the taillights, and a big crest-shaped grille.

The idea is that like brands such as BMW and Mercedes, you should be able to recognize a Genesis long before you can read the nameplate. What appear to be top-quality leathers, woods and metallic trim bits make the GV80's spacious interior an inviting car to sit in. (We'll have to reserve judgment on "inviting car to drive'' until we've had that opportunity. I'm betting it won't disappoint.)

All the mod-cons ("modern conveniences'', dontcha know...) are on hand, including things like smart cruise, self-parking, and head-up display which the market demands and which I mostly hate are all on board. These can all be shut off if, like me, you rather drive the car yourself.

"Luxury SUV'' is a market segment that, contrary to all logic, continues to grow. Genesis is planning on getting at least its share with the GV80.

The G80 sedan makes more sense to me, being lower and lighter, hence quicker and nimbler. It looks like a strong contender in the sport/luxury sedan segment. It would probably be considered a full-size car except there's an ever bigger G90 available. Wheelbase-wise, a good measure of interior spaciousness, the G80 is close to a BMW 7 Series.

Like its GV80 sibling, the G80 features the new grille and the characteristic headlight and taillight treatment.

It also shares the engine line-up with GV80, again with full-time four-wheel drive and a similar host of driver assistance technologies.

A similar high-grade interior fitment suggests that Genesis is giving little or nothing away to other luxury brands. 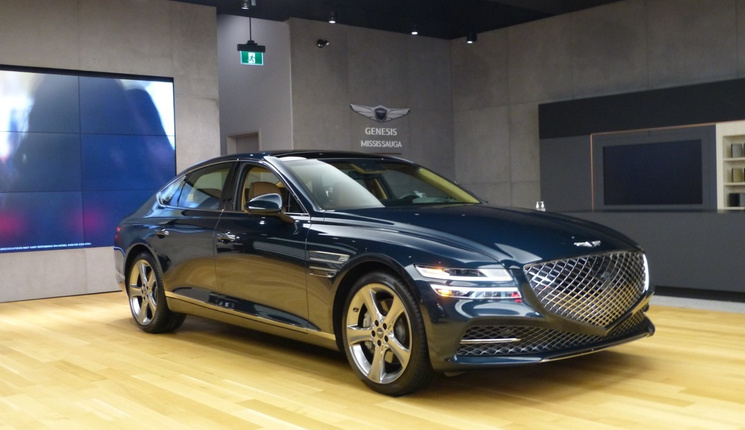 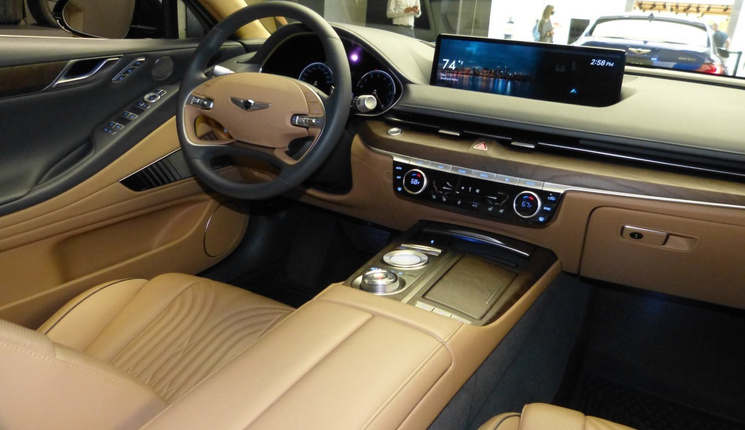 Genesis was originally the name of a series of sporty Hyundais. Richard outlined how the name entered the Canadian market as a stand-alone franchise three years ago. Because they couldn't expect to sell enough cars to support a conventional dealer network, they came up with an almost-unique selling process. (I say "almost'' because Tesla does something similar.)

Market research suggests that some 80 per cent of luxury buyers would prefer a 'remote' test drive - the car would come to them rather than they going to the car. Outlets at shopping malls like Square One give potential customers a chance to look, feel, and sit in the cars.

That test drive can be arranged at the prospects' convenience, and the actual purchase can be made from the comfort of your home or office. Ironically and completely coincidentally, this strategy seems to have played right into the hands of the current COVID-19 pandemic, when fewer people want to venture into public shopping areas.

If the cars drive as well as they look, and nothing Genesis has produced yet leads me to think otherwise, they might just be on to something.