So, will the ID. Space Vizzion Concept eventually make it to North America as a production vehicle?

﻿LOS ANGELES, CA – When Volkswagen said the company was going to go big on electric cars in the next decade, it wasn’t just posturing. Electric car concepts, many of which are slated for production, have been pouring out of Volkswagen over the past three years, the latest of which made its world debut in Los Angeles this week.

The ID. Space Vizzion (yes, that’s how it’s spelled) Concept is a sleek all-electric wagon that’s based on the I.D. Vizzion sedan that was first shown at the Geneva Motor Show in 2018.

As with all Volkswagen I.D. (electric) products to date, the Space Vizzion is built on the company’s MEB (modular electric drive matrix) platform. Power comes from a rear-mounted electric motor that produces 275 horsepower, but Volkswagen says a second motor could be used for a production model that would boost output to 355. In terms of range, the Space Vizzion has a 590 km range based on European testing, which translates into 483 km (300 miles) for the EPA cycle, which is what North American units are based upon. 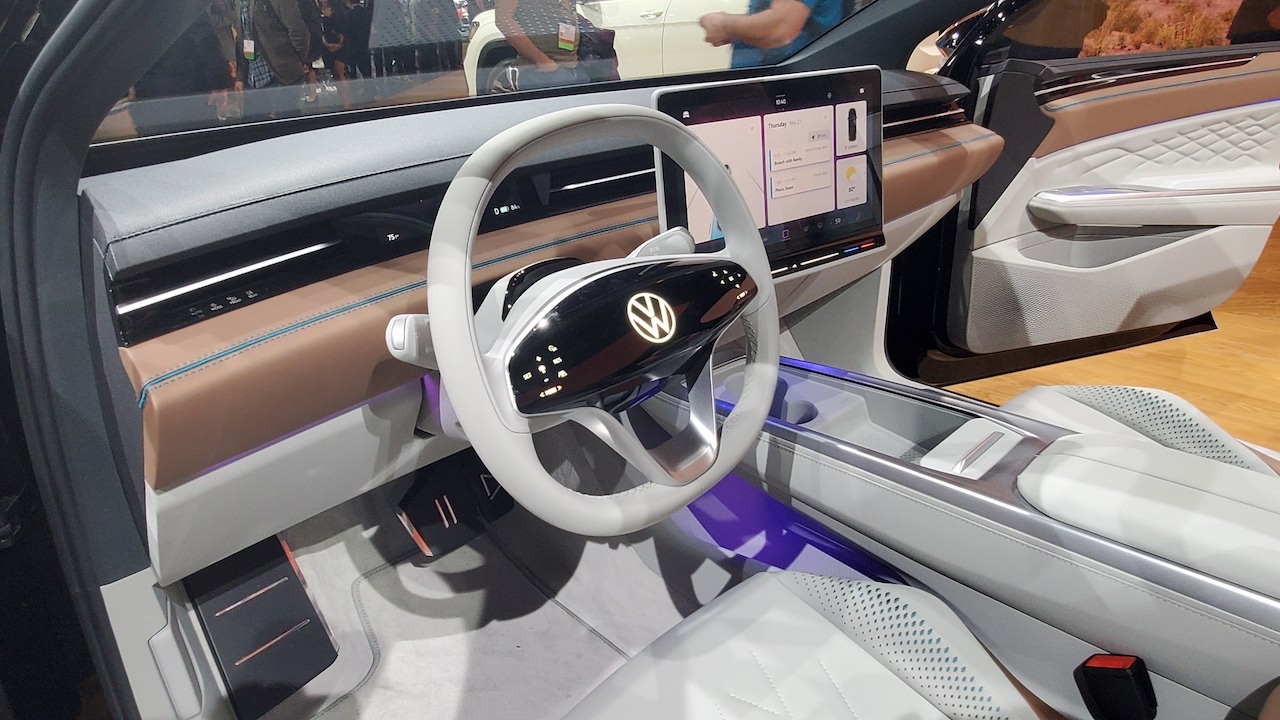 The sleek, wide and low-stance Space Vizzion has the look of a Gran Turismo, with a 0.24 drag coefficient resulting from its steeply raked windshield and sloping rear roofline. A large honeycomb style grille trimmed with a large black splitter sits below Volkswagen’s IQ.LIGHT LED matrix headlights.

Other details of note include a high-gloss black hood, black roof, tilt and slide panoramic sunroof, 22-inch aluminum alloy wheels and handle-less doors that open automatically when the key is detected, and the person touches an interactive strip on the door. Once touched the strip lights up, vibrates and the door opens. I experienced this personally and it is impressive.

Inside, the Space Vizzion boasts a futuristic, high-tech look and feel with an augmented-reality head-up display (AR HUD), that replaces a traditional instrument cluster. This screen is secondary, however, as the main display for climate, connectivity, entertainment and information functions are all displayed on a 15.6-inch touchscreen in the centre of the dashboard. A fold-out centre console houses cup holders and USB ports. 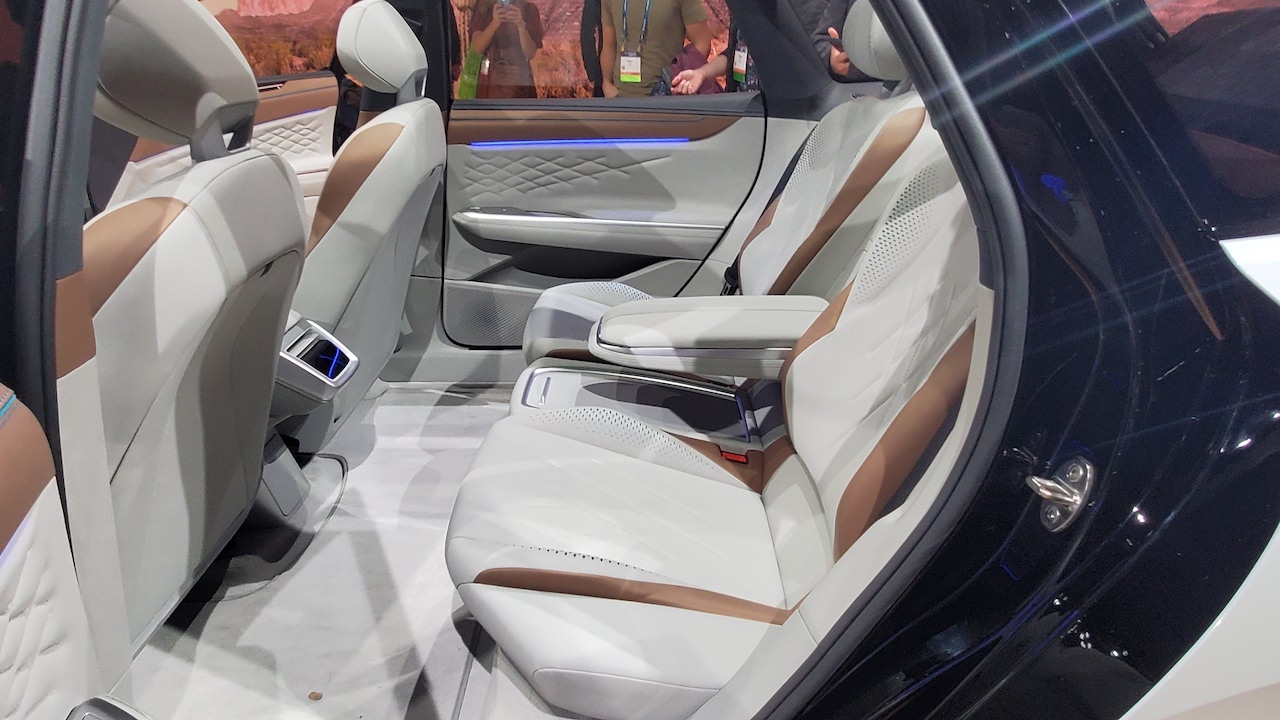 To promote greater sustainability, the Space Vizzion’s seats, centre console armrests and door trims are made from a material Volkswagen is calling AppleSkin because it’s derived from leftovers from apple juice production. Volkswagen says 20 percent of polyurethane (a form of plastic) used in production could be replaced by AppleSkin, and the company has stated that decorative plastic inserts and film will no longer be used in ID. models.

The Space Vizzion seats four, but Volkswagen says it could seat five in production form. Cargo capacity sits at 586 litres in current configuration.

So, will the ID. Space Vizzion Concept eventually make it to North America as a production vehicle? The answer to that question is maybe. While snapping pictures of it, I ran into a rep from Volkswagen Canada who told me that it is currently being evaluated for production and that no decision has been made yet.

Also making its auto show debut in Los Angeles is the 2020 Atlas Cross Sport, a five-seat mid-sized SUV based on the seven-seat Atlas. Both are based on Volkswagen’s MQB (modular transverse matrix) platform and are built in the company’s plant in Chattanooga, Tennessee. 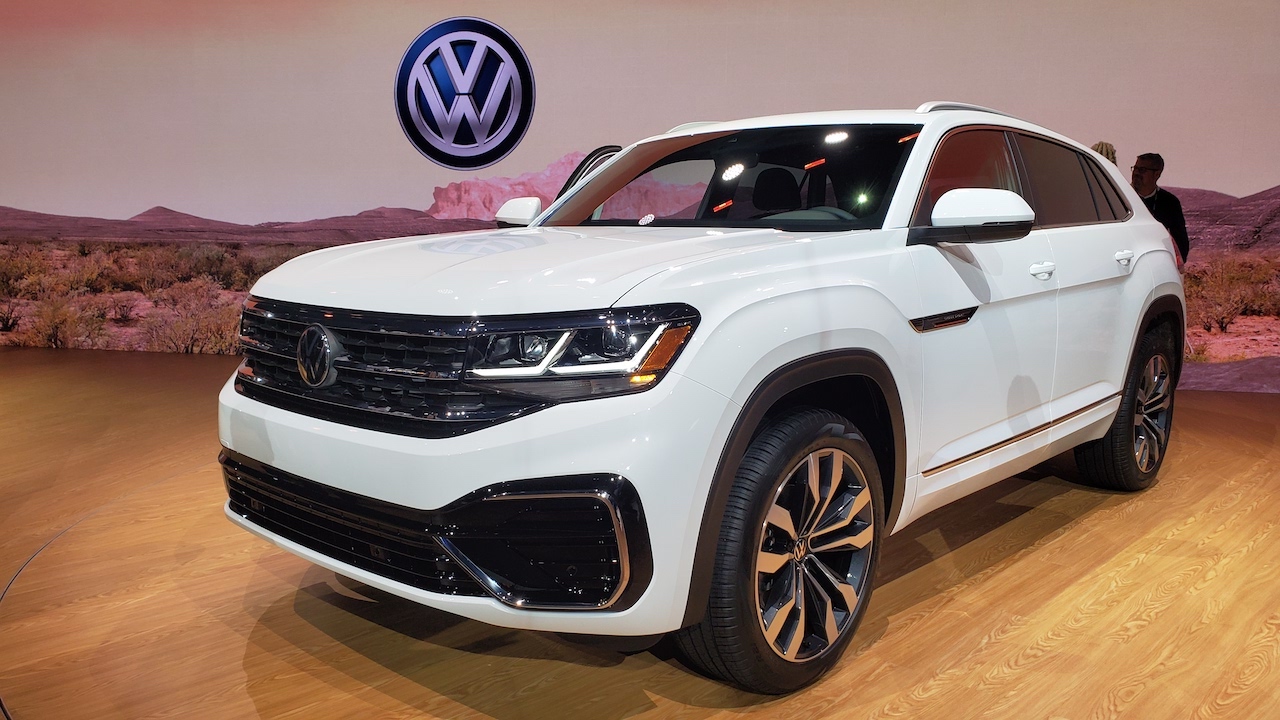 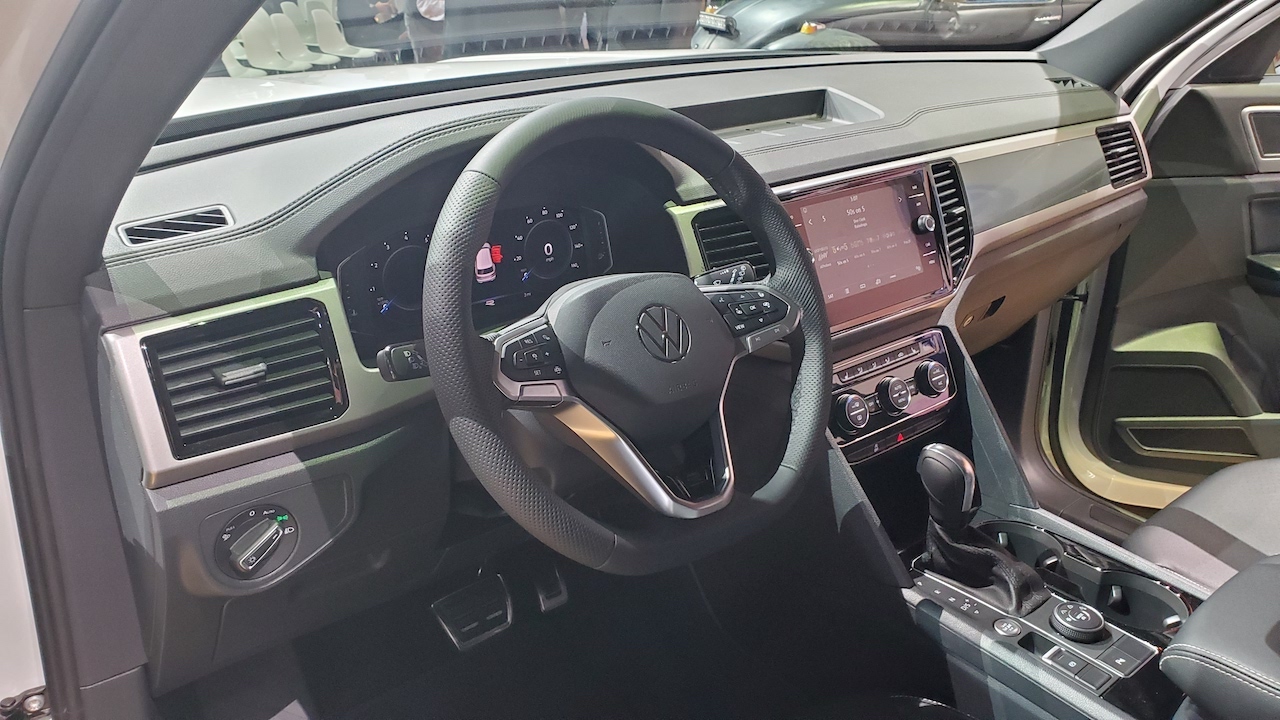 The Atlas Cross Sport will go on sale in the first half of 2020 with trim packages and pricing available closer to launch. 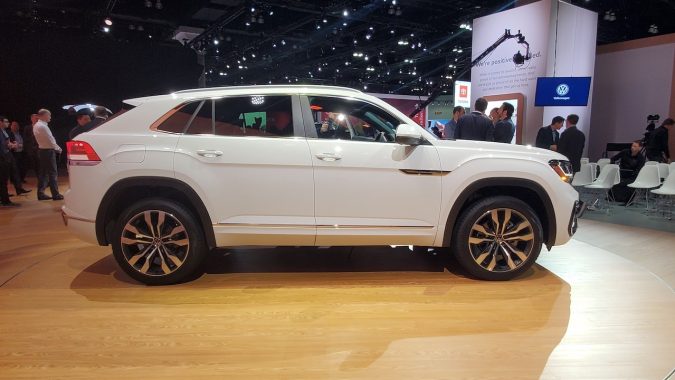 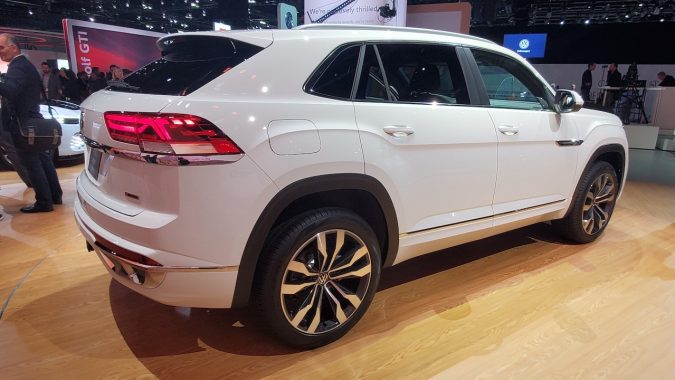