Fuel Cell Powered Honda CR-V to be Produced in U.S.

The new CR-V FCEV will also get plug-in capability.

Join the Conversation (0)
Honda has just announced that it will be producing a new version of its CR-V crossover, and it will be a plug-in hybrid. Except this one won't have a gas engine. It will instead be powered by a hydrogen fuel cell.

Hydrogen fuel cells are nothing new but they are rare with only a handful of cars available today that use the technology. As the exodus away from internal combustion technology accelerates, fuel cell electric vehicles are likely to play a bigger role.

Honda’s FCX concepts of the late ‘90s and early ‘00s were some of the first to use the technology and in 2002 an FCX became the world’s first production fuel-cell vehicle. In 2008, they debuted the FCX Clarity, a 4-seat sedan with a 100 kW Honda-developed fuel cell. It took minutes to refill the hydrogen fuel tank, which provided a range of up to 390 km. The FCX Clarity was leased in very small numbers to customers in Southern California and Japan. 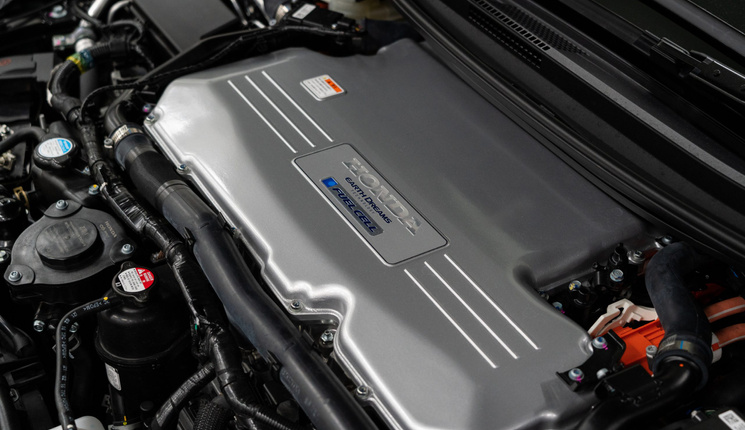 An improved version known just as “Clarity” came in 2016. It still used a 100 kW fuel cell but it was 33 per cent smaller. With the exception of the hydrogen fuel tank and the lithium-ion battery the power unit was fully packaged under the hood along with the air supply, drive motor, and fuel cell voltage converter unit. In total it was the size of a typical V6.

This compact powertrain opens up the possibility for hydrogen power in more mainstream vehicles, like the new CR-V. The Honda CR-V is one of the most popular crossovers in North America and using it as a platform for the next evolution of hydrogen fuel cell technology is a smart move.

Production will still be limited as there are only four hydrogen filling stations in Canada (three in B.C., and one in Quebec). California currently has 53 public hydrogen stations.

Production of the new CR-V fuel cell electric vehicle (FCEV) is scheduled to begin in 2024 at the Performance Manufacturing Center (PMC) in Marysville, Ohio. The PMC is Honda’s small-volume specialty manufacturing facility where the cars are hand-built at a slower pace with much greater attention to detail. The Acura NSX hybrid supercar was made there along with limited-production PMC editions of the TLX, MDX, and RDX. 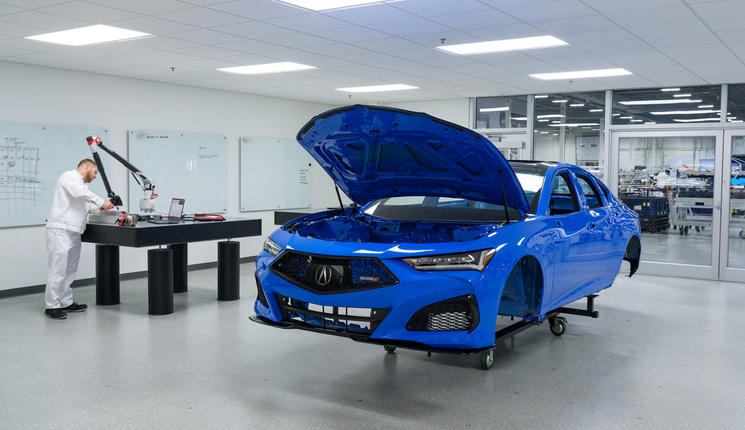 Honda has also partnered with GM on fuel cell production through a joint venture that will see them work together towards mass production of the technology, lowering costs, and further accelerating the development and evolution of fuel cells.

Details on the new CR-V FCEV are scarce. The last Clarity used a 130 kW electric motor and had a range of about 750 km, so something similar might be very possible. But the big news here is that it will have plug-in capability for short trips and around-town driving. The 17 kWh battery pack from the Clarity plug-in enables around 75 km of electric range and it might be a good option but that’s little more than speculation at this point.

FCEVs work just like a typical electric car, where an electric motor drives the wheels. But instead of plugging it in to recharge you can refill the hydrogen fuel tank in about 3 minutes just like you would a gas car. The fuel cell stack generates electricity via a chemical reaction of hydrogen and oxygen, and the only emission is water.

Being able to fill up so quickly also eliminates the range-anxiety common with pure battery electric vehicles while the plug-in capability opens up the possibility of short trips especially when hydrogen isn’t available or when longer trips aren’t necessary.

Fuel cells are also much better suited to large applications like commercial trucks, trains, and cargo ships, thanks to having a much higher energy density than batteries which are very heavy especially as the vehicle size increases and more are required.

Honda’s plan to phase out internal combustion engines by 2040 and achieve carbon neutrality by 2050 will require more than just battery electric vehicles and they see hydrogen fuel cells as vital to making this transition happen.

While we likely won’t see too many CR-V FCEVs zipping around town, fuel cell technology is very promising and it’s rapidly improving. Don’t be surprised to see more automakers jumping on the hydrogen bandwagon in the very near future.

More information and specs on the Honda CR-V FCEV will be announced closer to its introduction in 2024.