While the Ram full-size pickup is the best-selling FCA vehicle in Canada, Jeep models are not far behind

Smack dab in the middle of the 300 level of the North Building at the Metro Toronto Convention Centre is the massive Fiat Chrysler Automobiles (FCA) stand at the Canadian International AutoShow.

And among the most prominent of the company’s many brands is Jeep.

The iconic SUV brand is, without question, the driving force of FCA. While the Ram full-size pickup is the bestselling FCA vehicle in Canada by a wide margin, the upper reaches of FCA’s sales charts are well represented with Jeep models.

In 2019, Jeep accounted for four of FCA’s seven bestselling vehicles in Canada, with Wrangler, Grand Cherokee, Cherokee and Compass leading the way. The Wrangler remains the number one Jeep in the land, thanks in part to refinements introduced with the fourth generation JL model which went on sale in 2018.

For 2020, the big news at Jeep is the forthcoming Gladiator Mojave pickup, which is making its Canadian debut at the AutoShow.  The Gladiator Mojave is designed specifically for high-speed traversal in desert and sand environments. It’s the first Jeep to wear the company’s Desert Rated badge and is scheduled to arrive in showrooms this spring.

During the media day prior to the opening of the Canadian International AutoShow, I spoke with Jim Morrison, head of Jeep Brand with FCA North America to gain more insight into the state of Jeep.

Morrison, a Canadian originally from Fredericton, N.B., has worked in FCA management positions in both Canada and the U.S. for more than 20 years. He was named head of Jeep in June 2019.

Here’s a portion of our conversation.

Q: What’s it like to lead such an iconic automotive brand?

A: I would say to you that it’s the customers that run the Jeep brand. We’re just the temporary curators of it and [we] try to do what we can by listening to the customers and bring new customers on board. I’m happy to say that we’re continuing to grow. In fact, in Canada, the Grand Cherokee had its best year ever and the Wrangler as well, the icon of our brand, had its best year ever too. We are the longest-lasting SUV brand in America, so we want to keep them (customers) around and keep them loyal to us and one of the nice things is once you’re a part of the Jeep family, you’re usually there for life.

Q: The 2020 Gladiator Mojave made its Canadian debut here at CIAS. What’s the rationale for it?

A: Like Rubicon is to Trail Rated Jeeps, the Mojave is now the first Desert Rated Jeep. It is a mid-sized performance truck for the desert. We’ve purpose-built it [for desert use by] listening to our customers and watching them modify their Jeep vehicles – they want to go fast in the sand. Jeep is very well known for going slow over the rocks with the Rubicon, and now we’re taking a leadership position with desert racing. It did very well at the Baja 1000 this past year, won its category and won a championship. Now we’ve built on it with the new Mojave. It’s got great suspension upgrades, it’s a little wider, it has a 2.5-cm lift in the front, and it has a 2.5-inch internal bypass shocks. It [also has] FOX front hydraulic jounce bumpers to really help going through the whoops and driving it fast over the sand and maintaining control because maneuverability and control in the desert. 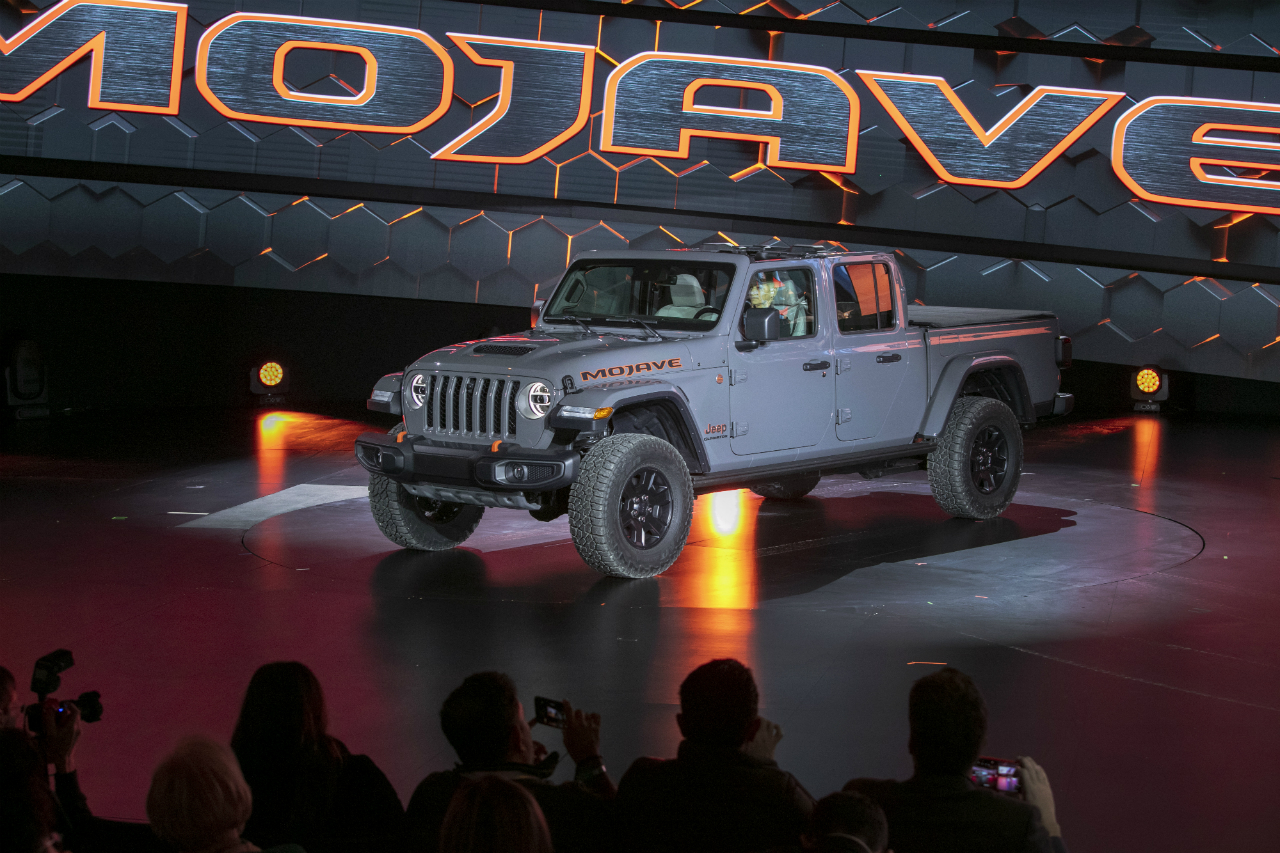 Q: What are the next frontiers for Jeep?

A: I think the next two frontiers for us is first, a common request from our customers, which is to bring back the Grand Wagoneer (more on that later this year). The second thing is the advancement into electrification. At CES earlier this year, Jeep showed three vehicles and tripled down on our commitment to have the entire lineup electrified by 2022. More on that later, but we had a Wrangler 4xe, we had a Compass 4xe, and even a Renegade 4xe that are plug-in hybrids that are very capable. I can guarantee they’ll be fun-to-drive and they’ll deliver on Jeep’s four-wheel drive capability and what we have to offer for the future.

Q: Do you feel that electrification can be integrated without changing the essence of Jeep?

A: I see it as the natural evolution of four-wheel drive going back to 1941 with the military Jeeps, and then the first automatic locking hub to rear lockers, and very sophisticated fuel-efficient technology that we have today. I think it’s just a natural evolution of where four-wheel drive capabilities are going to take us, and I think the neat thing about Jeep is we stay true to our core DNA and what are customers are looking for. And that means being a good 4×4 first, and then make sure that we’re continuing to grow and adapt with what consumers are looking for.