Forget the Flying Car, This is a Driving Jet

It's called the Learmousine, a play on Learjet and limo.

Want a private jet, but don’t want the pain and expense of keeping pilots on standby? Or not really excited to go anywhere near an airport these days? Forget a car that can fly, that’s old and busted. The new hotness is this: a plane that can drive!

It’s called the Learmousine, a play on Learjet and limo. The car actually started off as a Learjet fuselage that the creator spent more than 40,000 man-hours to transform into a car. That’s the equivalent of 19 people working 40-hour weeks for more than a year.

The chassis is a steel frame that the creator, Dan Harris, spent two years designing, and has a patent pending for the rear engine compartment. Not for the turbines, which are just for show. They’re filled with some great big speakers that can blast out a fake jet sound. Instead, there’s a 400 hp 8.1L Chevrolet big block out back to help this ultra-cool taxi taxi.

It’s got 28-inch custom wheels, that somehow manage to look just right on this 42-foot long airplane turned ultimate show vehicle. Imagine turning up at your local car meet in this? That’s if we ever get to have those again. 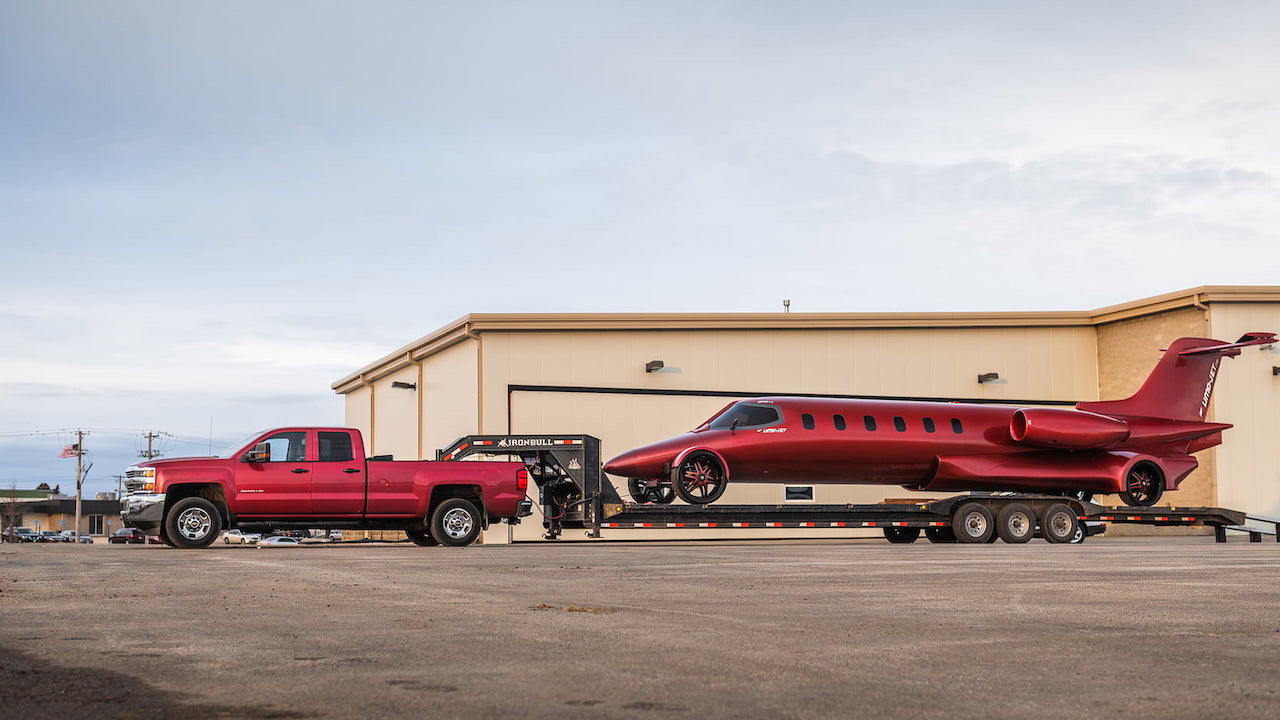 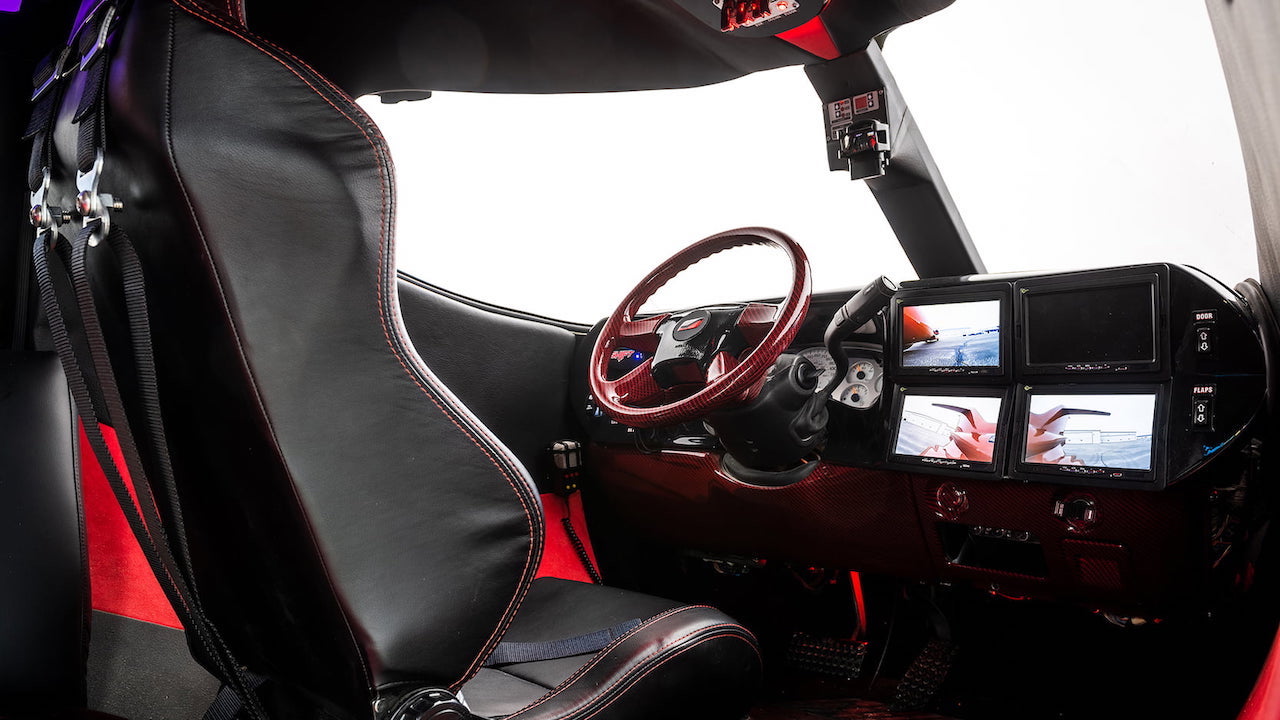 Inside, the driver gets a custom bucket seat and harness, with carbon fibre trim and four different screens for cameras mounted outside to make sure that the driver doesn’t clip a wingtip. It’s full-on limo inside with a massive light show including a clear floor with LED lights down there, and a 42-inch big screen TV in the back. The exposed audio system is a 17,000-watt Showtime Audio system with loads of speakers everywhere making sure that all 18 passengers on that long bench have their fillings knocked out from the sound.

Even though this jaw-dropper comes with folding tailplanes so that it can fit into smaller spaces, it’s as long as an RV and eight feet wide. It was also likely massively expensive to build, so it comes with a 2015 Chevrolet Silverado to tow it around and a 44-foot trailer for it to ride on. The truck is even painted to match the plane.

The listing for this jet-setter, up for sale at Mecum’s Indy auction in June, says that it’s even street legal. there is a plate on it, and there are taillights in the rear alongside the rear-mounted speakers. And a high-mount brake light in the tail. So the FAA might not approve, but apparently, the DMV has. 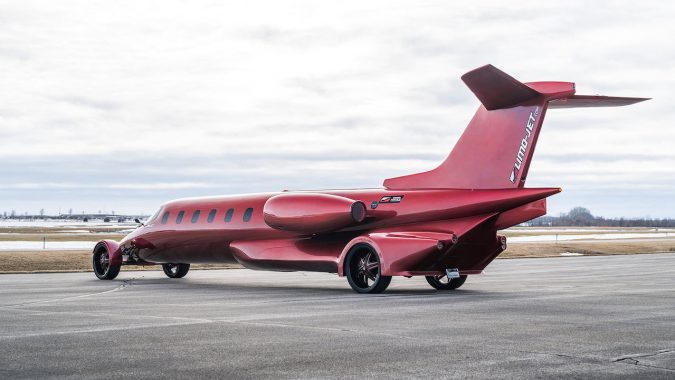 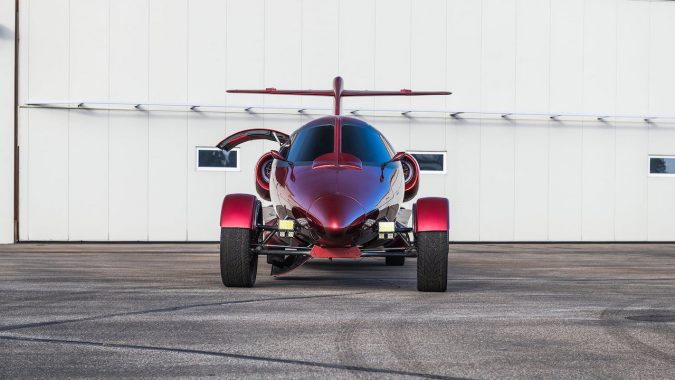 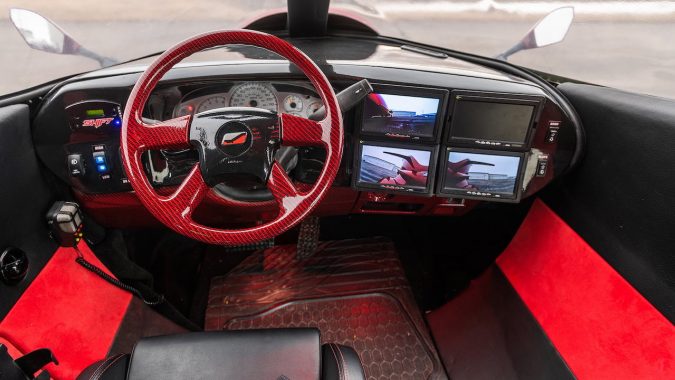 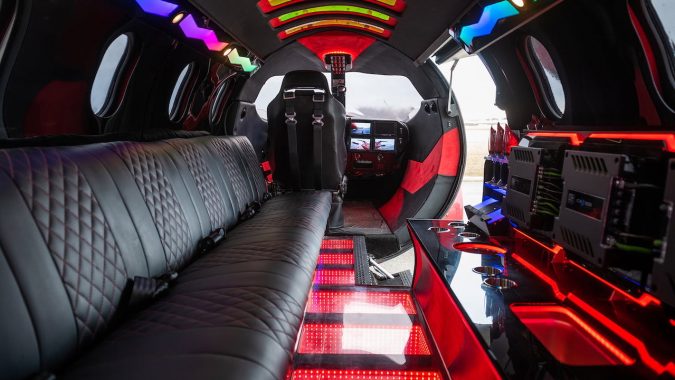 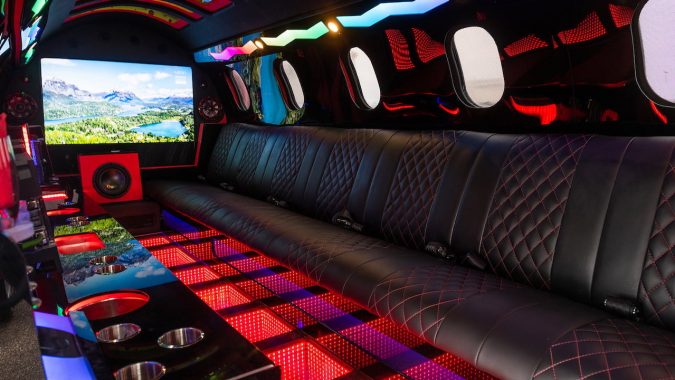 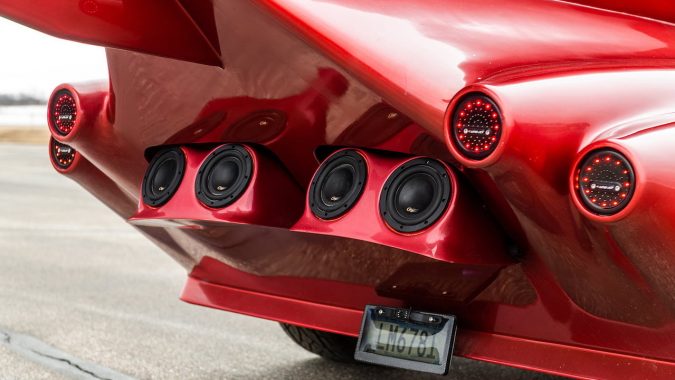