Surely the Golf will be available with an manual transmission at some point, right? Right?

Introducing a new Golf is a big deal for Volkswagen. After all, it has plied roads on this planet for more than forty years, a stalwart in a segment where competitors come and go with the regularity of heartburn after tacos.

Eagle-eyed car spotters will easily be able to identify der neue Golf when it goes on sale in some markets this December. A set of headlamps evoking the angry-eyed Arteon have a distinctive lighting signature, putting the bookends on a slim grille with a belt-buckle VW badge. Rear fasciae and attendant lamps have also been sharpened up with the addition of LED lighting and integrated exhaust trimmings. A new G O L F billboard appears just south of the VW logo on the new Golf’s hatchback, at least in these European press photos shown here.

Inside, the Golf is dragged body and bones into the current era, complete with an expensive-looking infotainment screen and the option of an Audi-esque virtual cockpit. A heads up display will also be available on high-zoot models, meaning the modern Golf driver will have more information at their disposal than ever before. Luddites in the room can either opt for a base model without any of this neat kit or simply turn it all off. 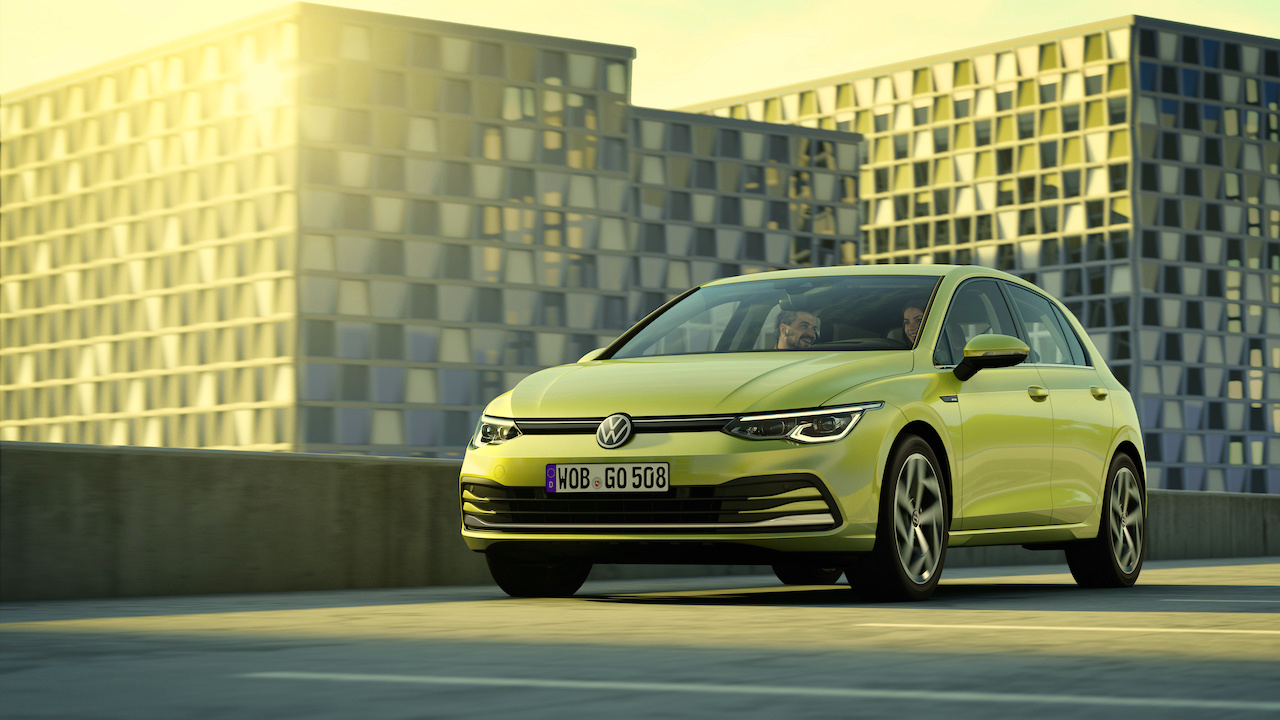 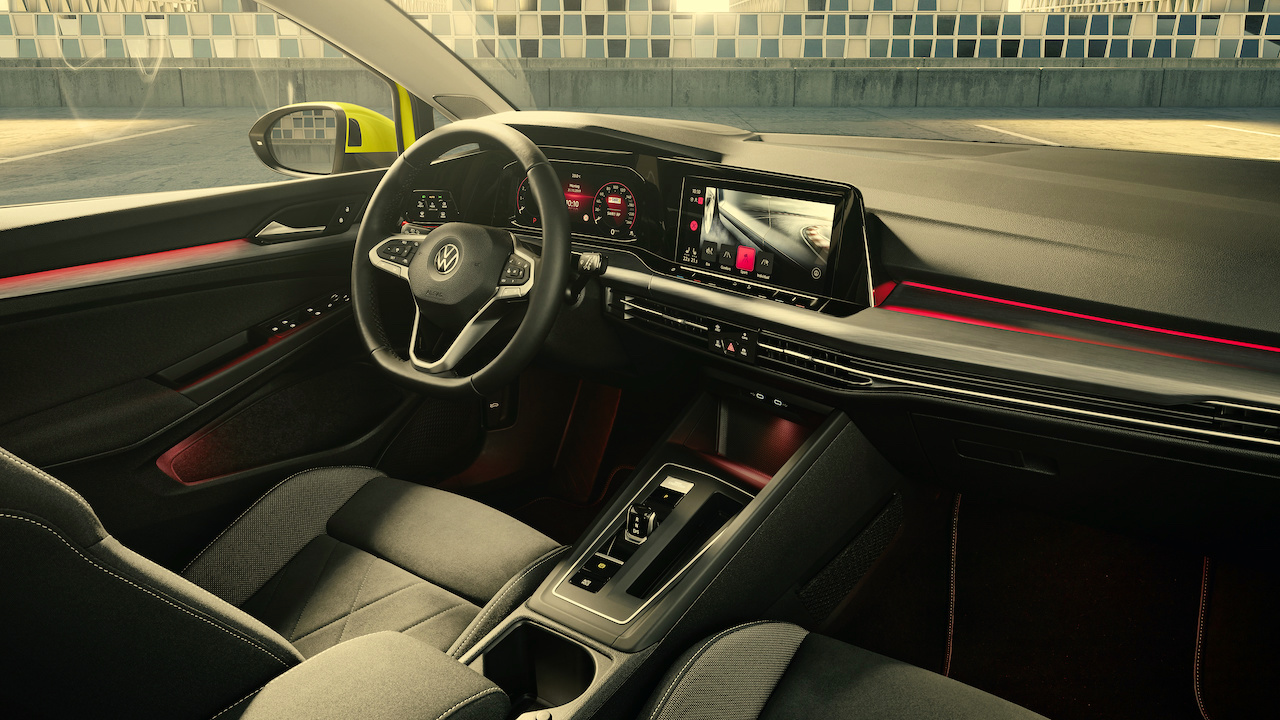 In a positive development, it does appear that redundant buttons line the lower edge of the infotainment screen’s slim bezel. Buttons which pepper the steering wheel appear to include controls for lane keeping and adaptive cruise control.

Powertrain options were spelled out in broad form today, with no firm indications of which engines will be available on this side of the pond. Much mention was made of hybrid technology, something that has traditionally been absent from this model’s lineup. This car’s debut celebrates 48V technology, a belt starter generator, 48V lithium-ion battery, and the latest generation of efficient TSI engines (TSI is gasoline-powered, in VW speak). All this kit forms a new mild hybrid drive that will be marketed as the eTSI.

A brace of TDI engines are spoken of in the European press release but don’t expect to see them here. Plug-in hybrid powerplants are also detailed, ranging from a 201hp version to a hotter 241 horsepower GTE model.

Worryingly, the supplied photos only show a nubbin of an automatic gearshift. Surely the Golf will be available with an manual transmission at some point, right? Right? Hey, VW guys! Where are you going?

Look for the new Golf to appear in the hands of European customers about the time Santa Claus shows up with a North American launch date not long after that time. 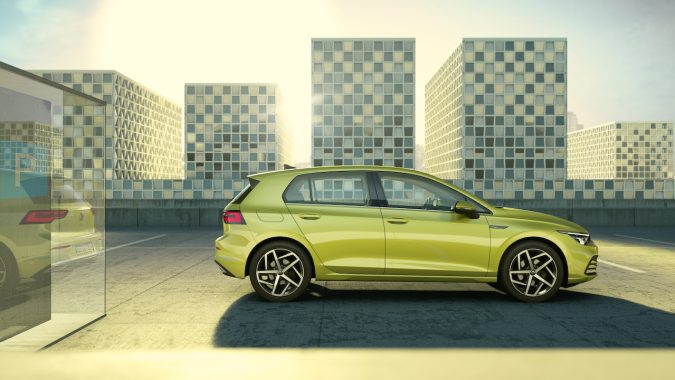 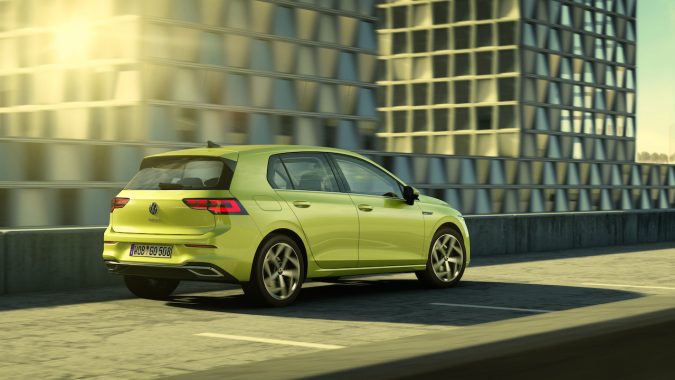 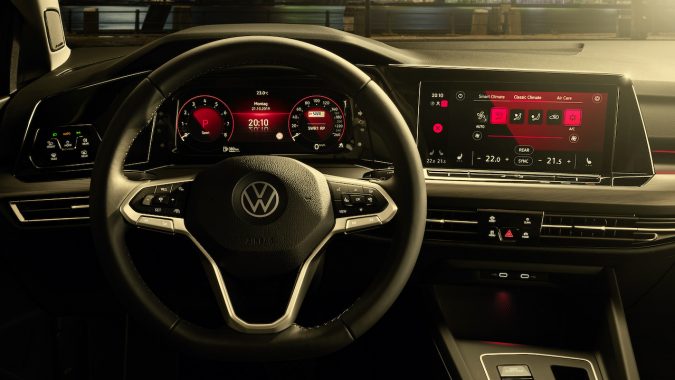 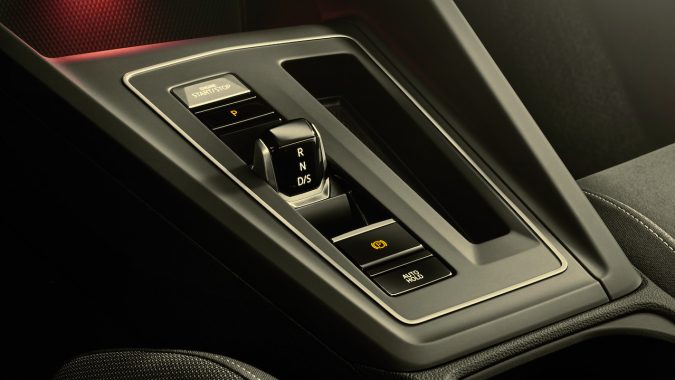 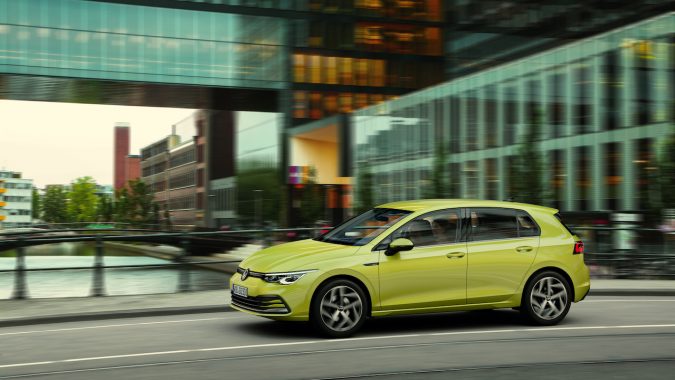