Ford will debut the car later this year, once drag racing starts back up again, that is.

Sure, the immense sound levels of drag racing are part of the appeal. Of unsilenced V8s rocking everything in a 30-kilometre circle around the track. But to borrow from Theodore Roosevelt, speaking softly and carrying a big stick has a certain appeal of its own. Which is what makes this latest Mustang Cobra Jet just so cool. It’s the first factory electric dragster to come from the Blue Oval, and it’s coming fast.

Ford projects more than 1,400 horses from the electric powertrain, along with more than 1,100 lb-ft of torque working in near-silent harmony to propel this all-electric prototype down the quarter-mile in a remarkable time.

“Ford has always used motorsport to demonstrate innovation,” said Dave Pericak, Global Director, Ford Icons. “Electric powertrains give us a completely new kind of performance and the all-electric Cobra Jet 1400 is one example of pushing new technology to the absolute limit.”

The Cobra Jet name has been a staple of drag racing Mustangs since 1968, when 50 Mustangs were built with a special Cobra Jet V8. Since then, it’s been used on several drag-ready (and not street-legal) versions of the Mustang that Ford would sell directly to racers for professional or sportsman level drag racing. 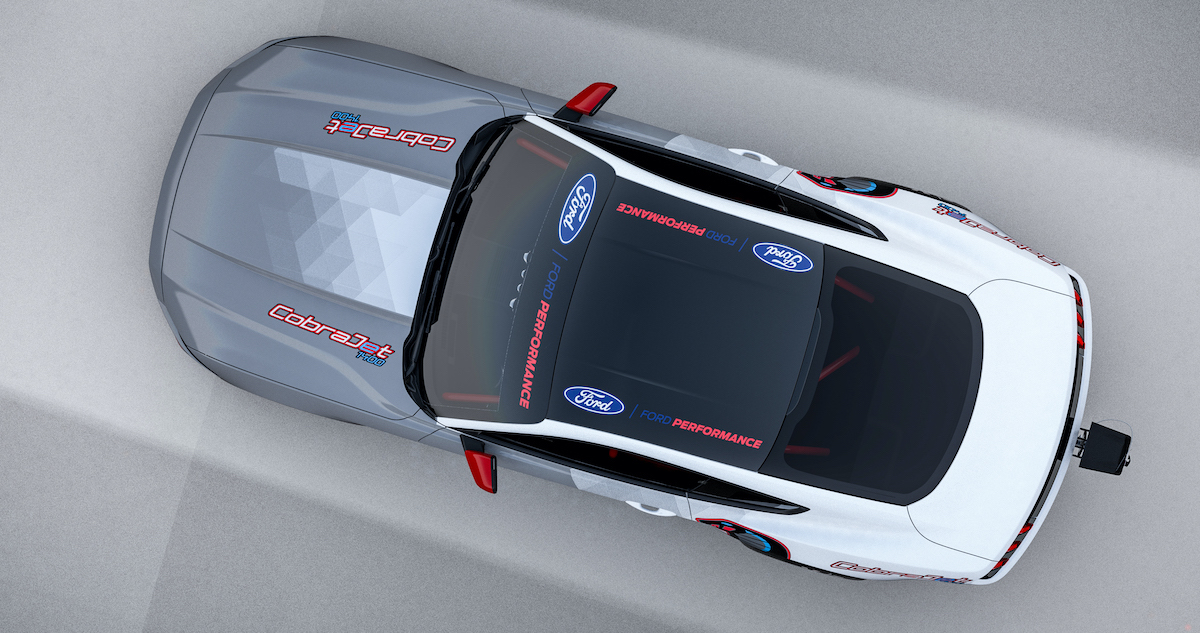 Ready to run in the low eight-second bracket, this quiet Cobra Jet will be one of the quickest of its breed, and Ford says it should set a trap speed of more than 275 km/h making it one of the fastest, too.

“This project was a challenge for all of us at Ford Performance, but a challenge we loved jumping into,” said Mark Rushbrook, Global Director, Ford Performance Motorsports. “We saw the Cobra Jet 1400 project as an opportunity to start developing electric powertrains in a racecar package that we already had a lot of experience with, so we had performance benchmarks we wanted to match and beat right now.”

Ford will debut the car later this year, once drag racing starts back up again, that is. It’ll be at an event where fans and competitors will get to see the new car and find out what it’s capable of. Until then, the Cobra Jet 1400 will get a sneak peek starting this Sunday on MotorTrend On Demand. 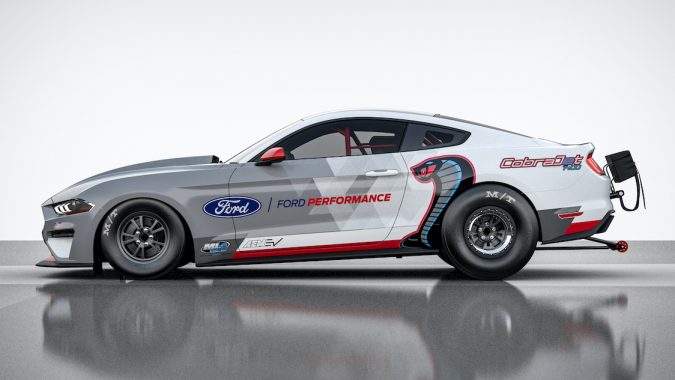 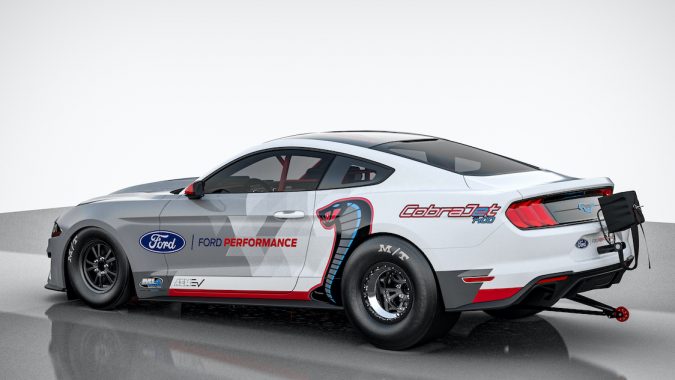