Sensational, Spectacular, only begin to describe the horsepower, and Driver assist technologies.

At the Canadian International Auto Show, the president and CEO of Ford Canada was proud to announce that Ford was the best-selling automotive brand in Canada in 2015.

Ah, but that includes all of Fiat-Chrysler’s brands: Dodge, Chrysler, Fiat, Ram and Jeep.

Ford sold more vehicles than any other individual nameplate.

Such are the ways that car companies look for wins

The latter has held that title for 50 consecutive years, and it was also the best-selling individual model in the country, showing that the aluminum-bodied pickup has appealed to the market and has overcome a production start-up that initially was a bit slower than expected.

The Escape’s sales success was particularly sweet for Ford because it does relatively better up here than it does in the United States, where it lags the Toyota RAV4 and the Honda CR-V.

Sure, Ford’s Canadian and U.S. sales executives play for the same team. Don’t think there isn’t some friendly rivalry when it comes to things like this? Think again …

Ford pulled the wraps off the next two models in the F-Series lineup: the Super Duty and the mighty Raptor. 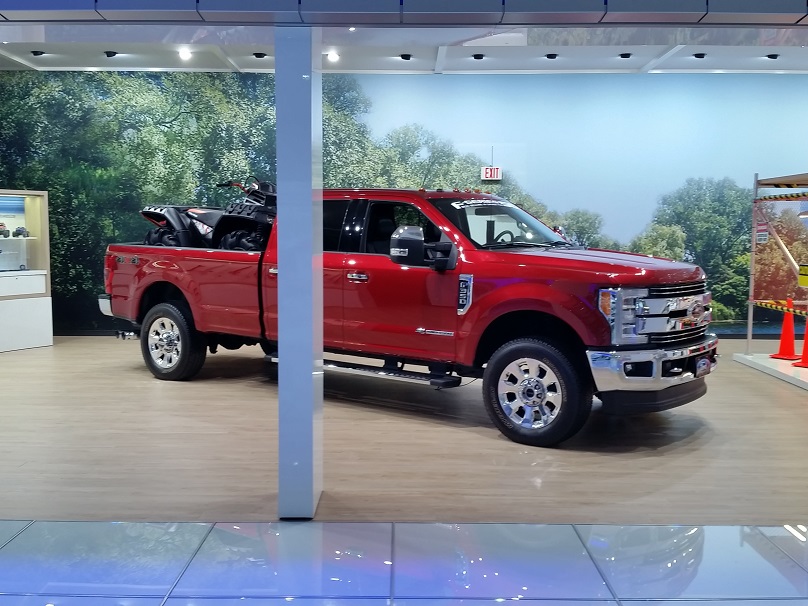 The latter, with a high-output EcoBoost engine, would surely be the ideal Targa Newfoundland vehicle. A million horsepower, ten feet of suspension travel, four-wheel drive, massive tires — if you came across a building, you could drive through it, leap over it, or just shove it out of your way.

Ford also pulled a cover off the face-lifted 2017 Fusion mid-size sedan. It has a redone interior, 20 driver assist technologies, a new top-of-the-line Platinum trim level, a more efficient hybrid, and a plug-in hybrid with more electric-only range and a combined electric-gasoline range of up to 800 km per tank.

Ford Canada CEO Dianne Craig was also promoting something called FordPass, which she described as a “new platform” consisting of a series of personal, digital and physical solutions to problems you probably didn’t even know you had.

The idea is that many functions can be accessed from your smartphone. Things like finding and reserving the best parking spot, finding your car again when you forget where that spot was, access to a marketplace for unique accessories and services, FordGuides for live chat assistance (sounds a bit like GM’s OnStar), access to your car for determining its health, remote unlocking and remote start (don’t get me started …), and a boatload of other functions to connect you to your vehicle.

Ford also has a separate display of its performance vehicles at the show, including the Shelby GT 350 Mustang, the sensational Ford GT supercar engineered and built right here in the GTA, and the spectacular new Focus RS – a 350 horsepower four-wheel drive pocket rocket that will surely have Subaru STI owners looking over their shoulders (but not for long since an RS will smoke an STI). 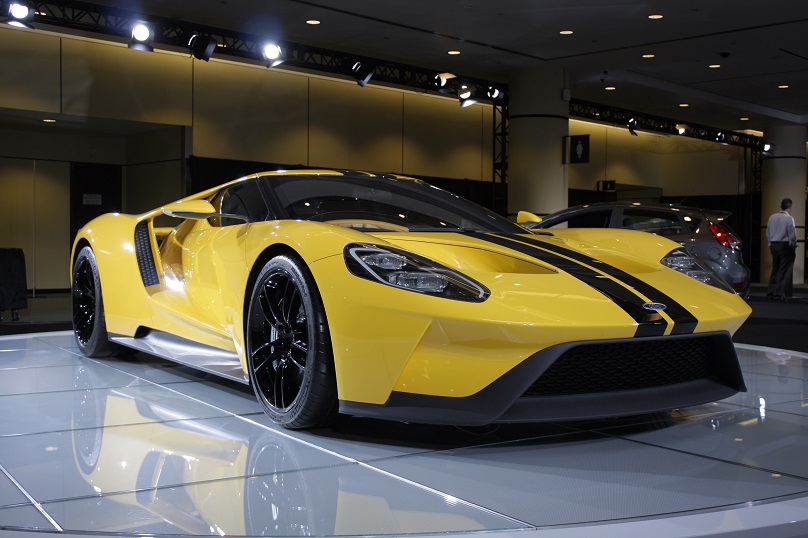