Ford Throws its Hat into the Hands-free Driving Ring

You know you’ve been on the road for a long time when the adventure can reasonably be called the “Mother of All Road Trips”, which is the moniker Ford has attached to its testing efforts for BlueCruise, the company’s first foray into hands-free driving.

In November and December 2020, Ford engineers and test drivers embarked on an epic North American road trip to test BlueCruise across the continent from California to Michigan, Ontario and even New Brunswick. The fleet of 10 test vehicles, five F-150 pick-ups and five Mustang Mach-E battery-electric crossovers, logged more than 177,000 kilometres (110,000 miles) on roads across 37 U.S. states and five Canadian provinces. Total program development testing and adjusting mileage checked in at more than 805,000 kilometres (500,000 miles).

“There are highway intricacies and driving conditions that you simply cannot replicate in a lab,” Hau Thai-Tang, Ford chief product platform and operations officer, said in a statement. “Sending these vehicles out for real-world driving experience is just one of many ways we ensured that BlueCruise technology offers confidence and convenience for drivers all across the continent.”

Similar to other systems offered from General Motors (SuperCruise) and Tesla (Autopilot), BlueCruise offers hands-free driving along specific certain sections of divided highways, what Ford calls its Hands-Free Blue Zones, hence the BlueCruise name. A driver-facing, infrared camera monitors the driver’s eye gaze and head position to ensure they are focused on the road. Vehicle alerts will prompt the driver to resume control if their attention is averted for too long and / or when they leave a Hands-Free Blue Zone. 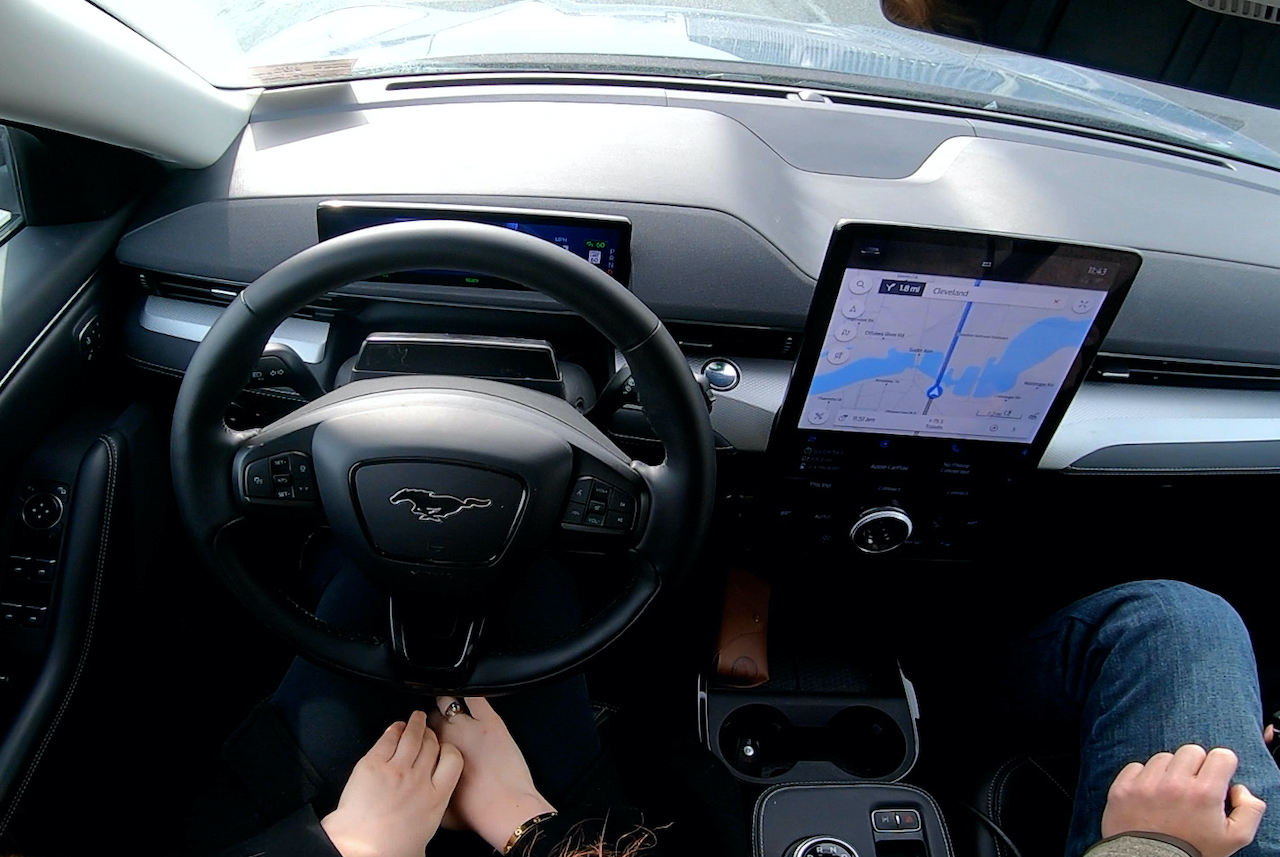 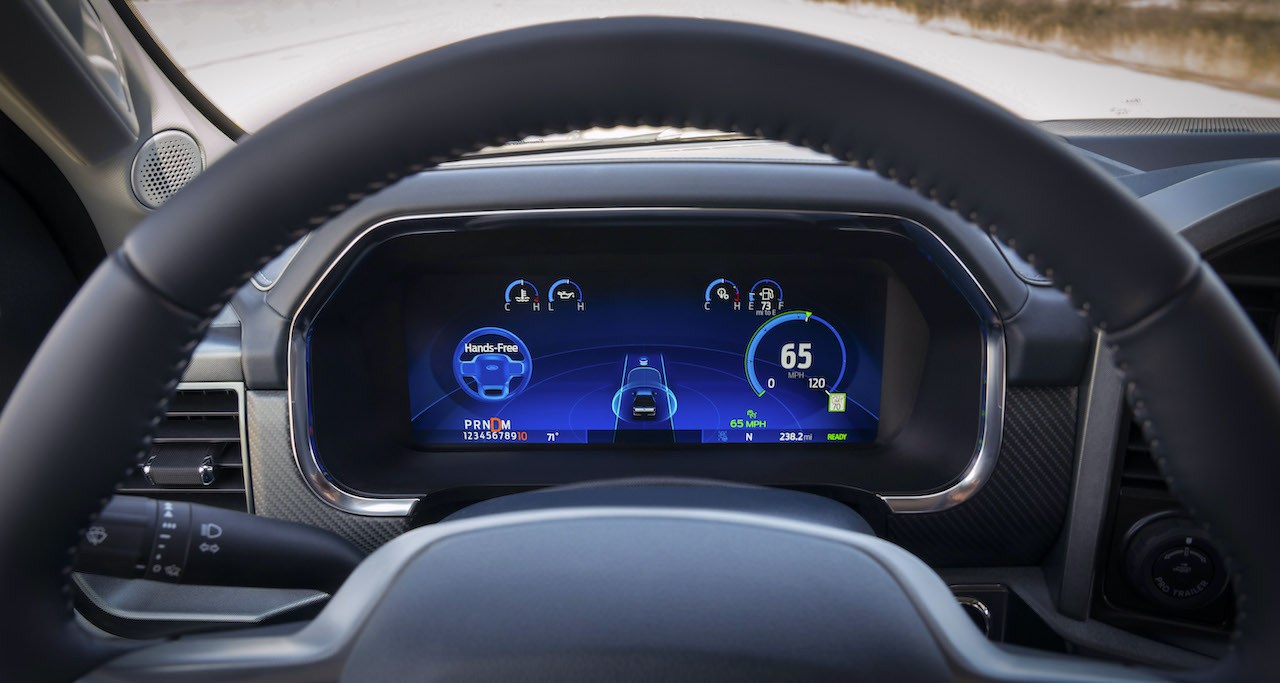 Key differences between BlueCruise and other hands-free systems are based on how it relays information to the driver. Instead of red and green lighting (GM) or requiring the driver to keep their hands on the steering wheel (Tesla), BlueCruise uses instrument cluster text and blue lighting prompts, which Ford says is effective for those with colour blindness.

As for mapping, Ford claims that more than 161,000 kilometres (100,000 miles) of highways in North America are classified as Hands-Free Blue Zones in its GPS system, and more are on the way. When the vehicle enters such a zone, BlueCruise uses blue lighting in the instrument cluster to alert the driver that hands-free driving is available. Unlike SuperCruise, BlueCruise cannot change lanes, but Ford says that feature (Lane Change Assist) is coming as a planned update, as is Predictive Speed Assist, which can adjust vehicle speed for road curves, roundabouts and other traffic / road patterns.

In terms of adoption, Ford is bullish on BlueCruise. It expects to have more than 100,000 vehicles equipped with the feature on North American roads in the first year, according to internal projections. 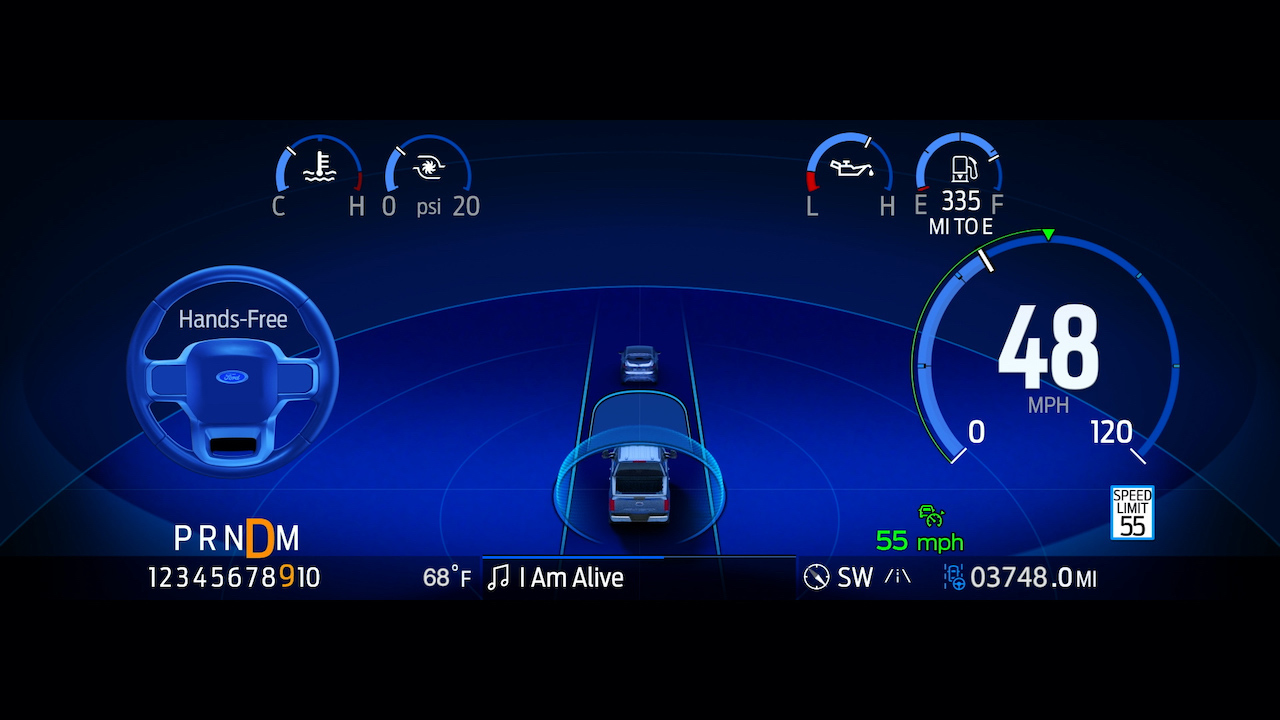 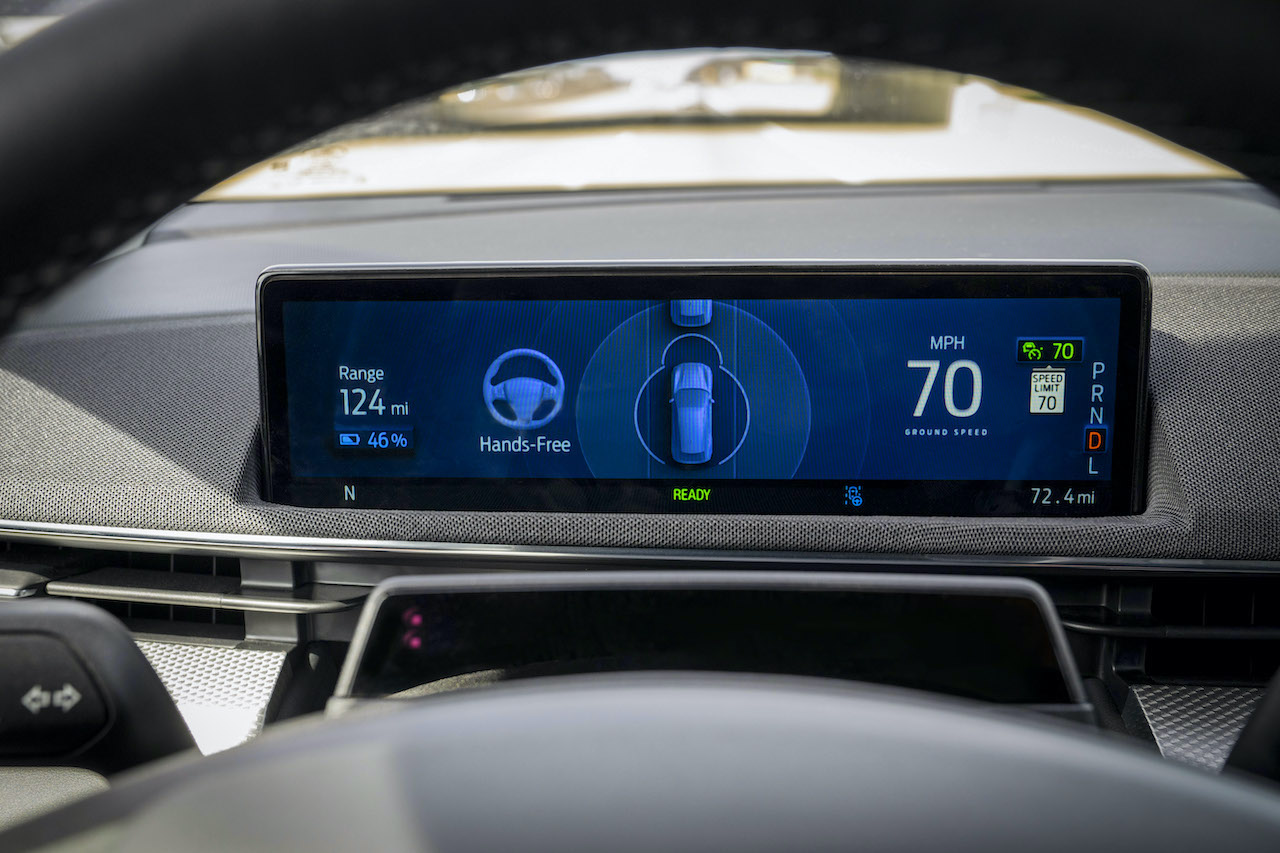 BlueCruise is standard on CA Route 1, Premium and First Edition grades. It’s available as a part of the Comfort and Technology package for the Select model, which carries a $4,140 price tag ($750 for the BlueCruise software) and includes other features such as a 360-degree camera, heated front seats and heated steering wheel.

*pricing is for a three-year service period