Ford apparently is not screwing around when they tell Ford GT buyers they can’t flip their cars.

You hear the one about them guys who went ahead and bought themselves a Ford GTs just so theys could turn around and flip it for a buck?

Ford is currently suing a group of Canadian supercar retailers and customers for an alleged conspiracy to improperly sell and resell a 2018 Ford GT supercar for a massive profit. Doing so would be in violation of the Ford GT purchase agreement which stipulates that any Ford GT buyer must keep the car for 24 months after taking delivery.

It’s a very weird stipulation. And we’re about to see if it’s actually enforceable in a court of law.

There are two other GT buyers, most famously wrestler and actor John Cena, who have snubbed their nose at the agreement so far. 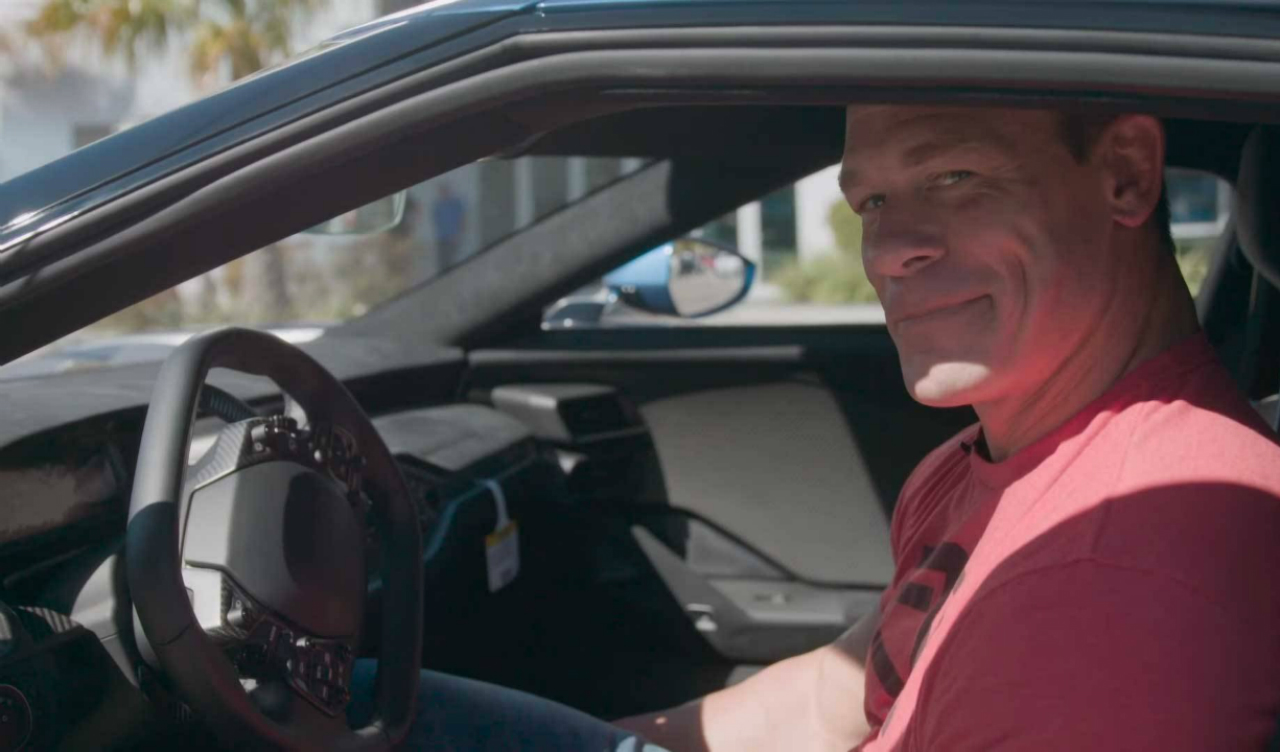 Ford’s lawsuit has been filed in the Ontario Superior Court of Justice.

Ford’s goal is to “rescind the original sale deal and block any sale or transfer of the GT”. Seems fair enough, but they’re also seeking $1 million in damages for breach of contract. Plus their lawyer’s fees. Which seems like it may be a bad PR move for the blue oval. Keeping the flagship GT in the hands of enthusiasts over a scalper is one thing, but how the public will react to the penalization of the dealers remains to be seen.

In November, Justice Edward Morgan ordered a temporary injunction against the car’s resale by its current Hong Kong-based owner.

Apparently Justice Morgan’s decision was based largely on the timeline of the car’s ownership. The GT was originally one of eight cars that made their way to Canada in 2018 for a selling price of $690,800.

The exact GT in question was purchased by Steven Hudson, former CEO of Element Financial Corp., via Toronto-based Downtown Ford. However, the purchase was not completed by Hudson, but by his former business associate, Bradley Nullmeyer.

“Hudson’s lawyer, Chris Paliare of Toronto, told Automotive News Canada: ‘Mr. Hudson is now aware someone else used his name without authorization,’” says the news outlet, and Hudson had “no involvement in the initial purchase … nor any subsequent sales transactions.”

This is where it gets complicated. Three weeks after the Ford GT was purchased, Hudson’s holding company was bought by Timothy Quocksister, who is the president of Silver Arrow Cars, a collectible car dealership out of Victoria, B.C.

When the holding company was purchased, the Ford GT went with it, and in doing so violated the two-year resale stipulation.

All of the defendants involved, including Nullmeyer and Quocksister are maintaining that there was no wrongdoing and that they were ignorant of the two-year resale restriction.

The Ford GT was allegedly stored at Engineered Automotive (EA) in Concord, Ontario, just north of Toronto, for about a month. Which means they’ve also been roped in as a defendant in the suit leveled by Ford. Engineered Automotive currently denies being involved in any negotiations to sell the GT.

SR Auto Group has since flipped the GT to an undisclosed buyer from Hong Kong.

Justice Morgan’s decision does not note where the Ford GT is currently.