In its continuing flurry of EV-related announcements, Ford revealed plans for the creation a new joint company with current battery supplier SK Innovation to bring long-term battery production in-house for Ford. This came on the heels of an announcement of increased long-term funding in a separate joint venture earlier with BMW and solid-state EV battery manufacturer Solid Power, in which the two car companies will become equal equity owners.

The combined Ford and SKI joint venture will be called BlueOvalSK and plans to produce battery cells and arrays in the U.S., said Ford of the recently signed memorandum of understanding (MoU). It plans to produce roughly 60 gigawatt hours (GWh) annually starting by mid-decade, at first with evolved versions of lithium-ion batteries, which power current electric vehicles and will for the foreseeable future.

There will be more such announcements in the next few years, as Ford expects demand for its EVs in North America will require up to 140 GWh annually by 2030 in North America and up to 240 GWh globally. With a million kilowatt-hours in a GWh, those 140 GWh could produce roughly 1.75 million EVs with 80 kWh battery packs in North America by that time from Ford, compared to the roughly 8,000 or so Mustang Mach-E electric crossovers sold in North America (its only current battery-electric model) to the end of April this year.

The number of vehicles produced with this level of battery production could vary widely, of course. Ford hasn’t revealed the exact battery sizes for its upcoming F-150 Lightning all-electric pickup that it also revealed this week, but informed estimates online based on quick charging times suggests its underbody-mounted lithium-ion batteries are roughly 170 kWh in the extended range F-150 Lightning, and about 125 kWh in the standard range model. Ford estimates its global production goal of 240 GWh by 2030 is roughly 10 vehicle plants’ worth of capacity.

The Korean company SKI is already contracted to supply the batteries for the F-150 Lightning from a plant in Georgia, a matter now more settled after SKI agreed to pay US$1.8 billion to rival Korean battery maker LG Energy Solution over an intellectual property dispute.

Ford is also introducing a number of plug-in hybrid vehicles as well as future all-electric EVs that will use lithium-ion battery technology as well, such as the Escape PHEV that just went on sale this year and various Lincoln PHEV Grand Touring models, which add a relatively small number of battery cells packaged in with a traditional internal combustion engine and associated exhaust hardware.

Ford’s move was a clear sign that, like engine development early on, Ford sees the development and production of batteries internally as well as with partners as key to remaining competitive in an increasingly electric future.

“This MoU is just the start,” said Jim Farley, Ford president and CEO of the agreement, which still has to be finalized and approved by regulators. “We will not cede our future to anyone else.”

But even in Ford’s most recent announcement with SKI, which involves next generation lithium-ion batteries, Ford made clear that it is also “preparing for the transition to solid-state batteries, which promise longer range, lower cost and safer EVs for customers.”

The announcement earlier with BMW was for a relatively small US$130 million investment round between the two automakers, with Solid Power saying it plans to start providing solid-state batteries for the two OEMs for testing in early 2022. Solid-state batteries don’t use liquid electrolyte found in current Li-ion batteries, which helps make them lighter, charge faster and make them less susceptible to serious winter performance fluctuations.

Though neither Ford nor BMW talked specific charge times, other solid-state battery makers have claimed such solid-state batteries have the potential to charge two to three times as quickly as current Li-ion batteries, while making them more energy-dense, which could mean more range, more passenger and/or cargo space, and potentially less need to quick charge on longer drives.

It is very possible that one or both of these types of batteries will be used at Ford of Canada’s Oakville, Ontario plant in the next three to seven years, as Ford has confirmed that the plant will produce a number of electric vehicles there, reportedly starting in 2024, with the last of the five planned EV models entering production in 2028. 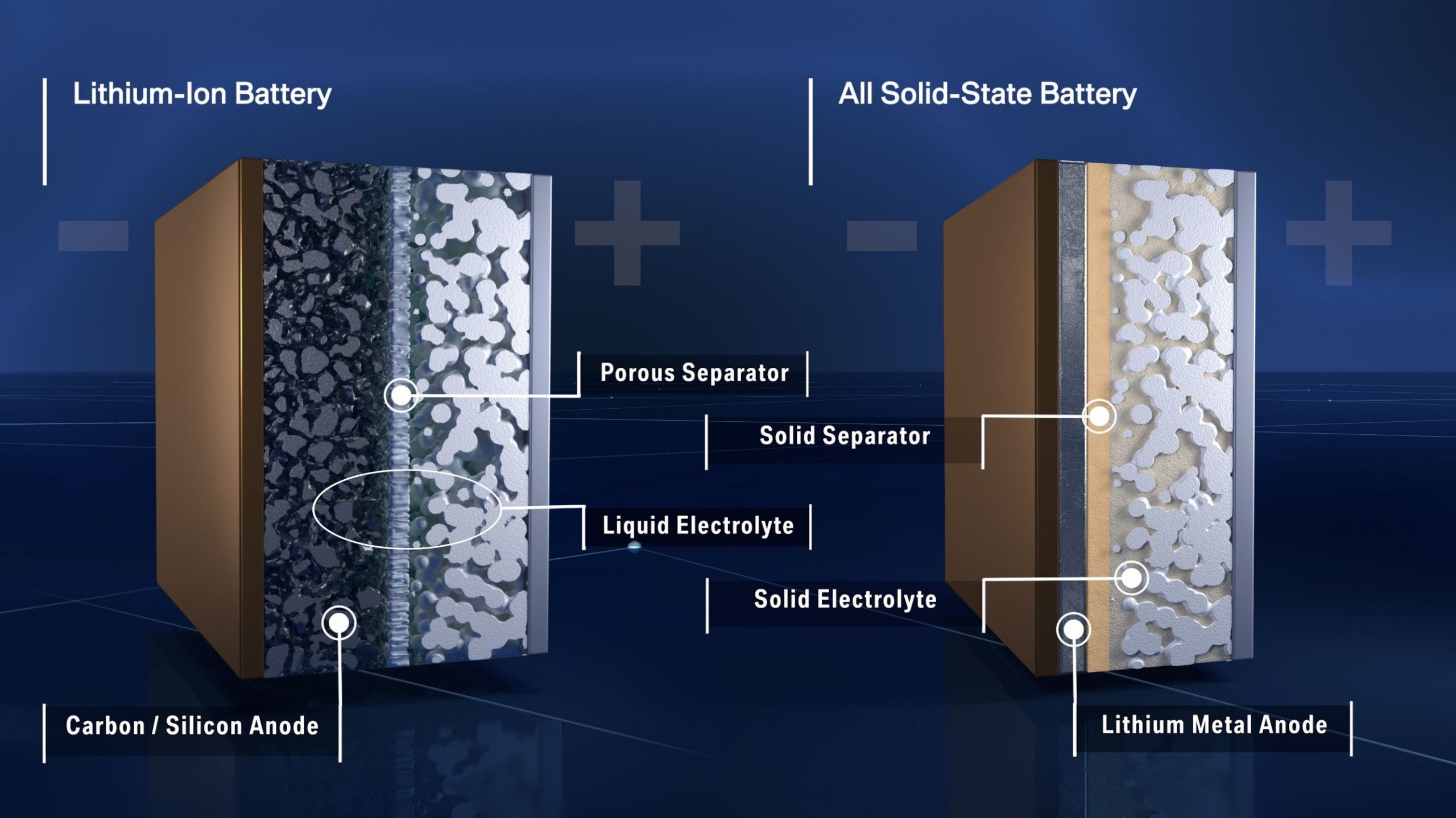