The 2018 Ford EcoSport compact had its North American reveal this week at the Los Angeles Auto Show.

LOS ANGELES, CA: In the lead up to the Los Angeles auto show Ford have taken a unique approach to launching the their new compact CUV to the North American marketplace.

The reveal of the all-new to North America – EcoSport is being transmitted exclusively on Snapchat – the first time a vehicle has been revealed in this way.

The EcoSport has been available around the globe for a number of years, but Ford have now seen the potential in this small, quirky and fun truck and are introducing it as a 2018 model in North America and Canada.

Ford is proving that the EcoSport is fun, capable and connected.

Also Read: Multimatic’s hinges are found on the doors, tailgates and hoods of vehicles around the world — everything from a BMW X5 to a Ford Ecosport.

It comes with a choice of 10 exterior colours as well as seven interior ambient lighting colours. There is also an available 10-speaker premium B&O PLAY audio system that that pushes out an ear splitting 675 watts.

There will be four different trim levels available  – S, SE, SES and Titanium and will have two engine choices, the 1.0-litre three-cylinder turbocharged EcoBoost or the 2.0-litre four-cylinder GDI.

Both engines will be matched up to a six speed automatic transmission.

Vehicles equipped with the 2.0 litre engine will come with Fords intelligent 4WD system. The interior contains as many as 30 stowage pockets, bins, hooks that make efficient use of every available inch.

A cargo management system at the rear features a movable floorboard and foldaway second-row seats to provide a flat area for moving furniture and other larger items.

The Titanium trim comes with an eight-inch screen similar to a smartphone or tablet. This gives both front seat occupants easy access to operate the available Apple CarPlay or Android Auto as well as the audio controls 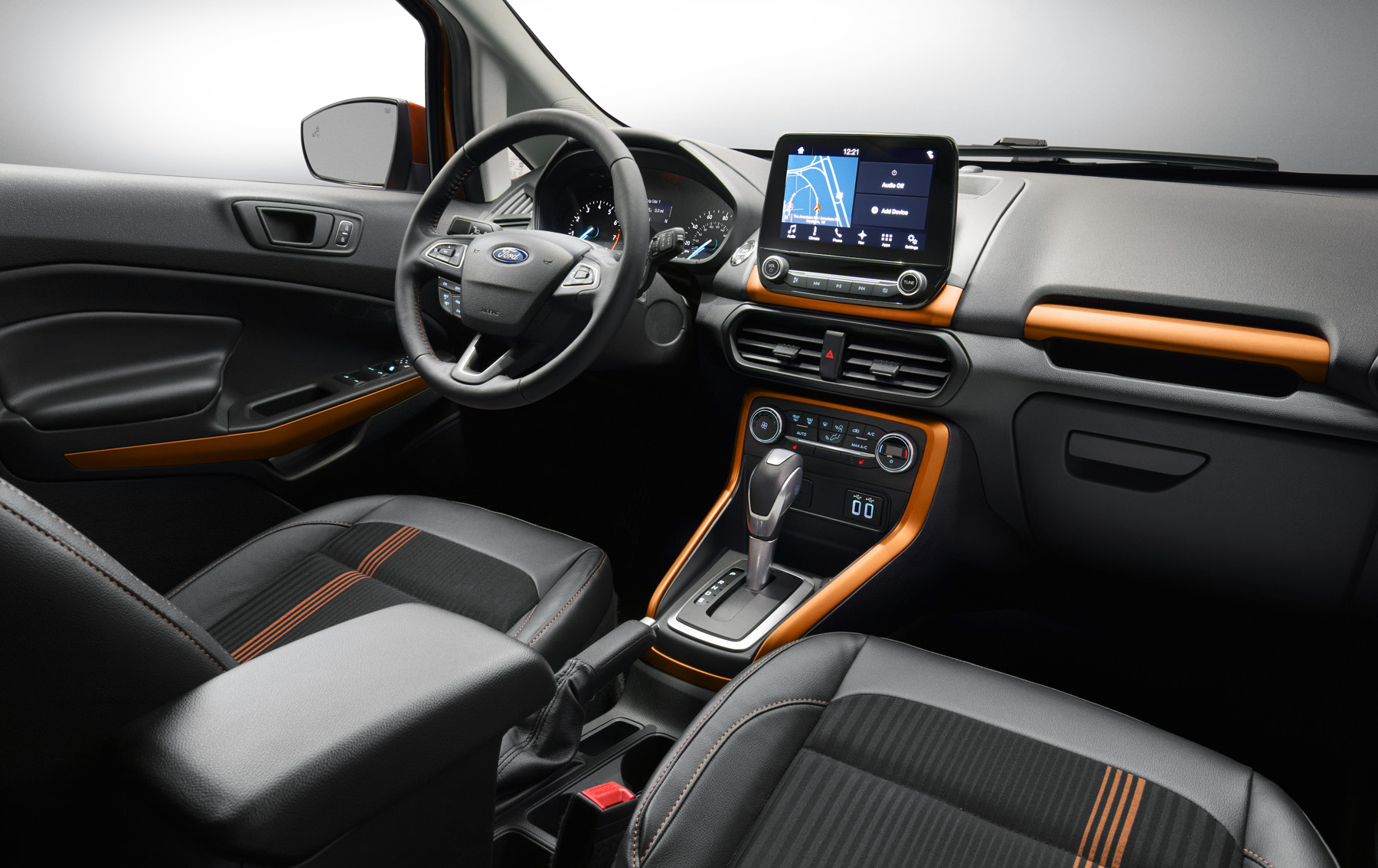 The 2018 Ford EcoSport shown at the LA Auto Show has some 30 stowage pockets, bins and hooks to maximize utility.

“Go Small, Live Big” is the tag line Ford is putting to the EcoSport and it certainly hits the mark.

This is a quirky fun vehicle not only in its external and internal looks but also in the available technology packages as well.

It goes to prove that being small in stature doesn’t mean it misses out in looks, fun factor and capability.

The EcoSport will be available in Canada in early 2018. 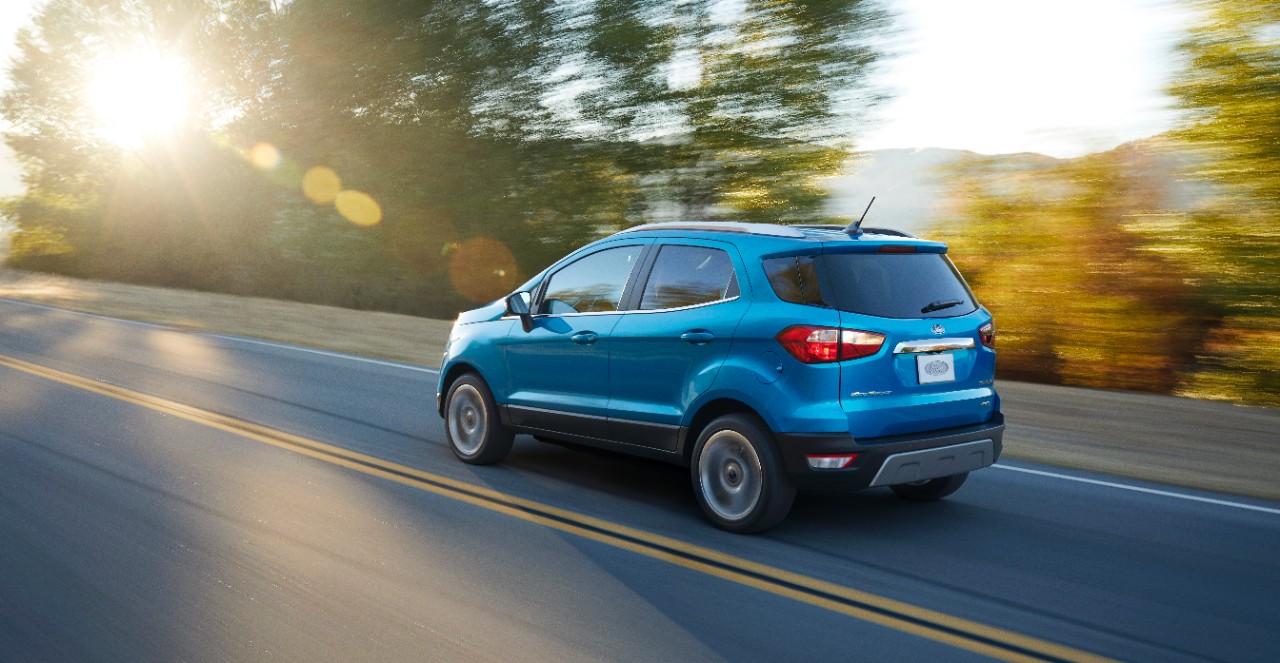