Over the air updates will let Ford change the software of nearly any module in the vehicle.

Ford says that bringing technology to the masses has been part of the company’s DNA going all the way back to the Model T. In 2021, that means over the air updates readying to expand in a big way. Ford is calling its updates a Power Up, and the first big one will be adding Amazon Alexa in-vehicle connectivity to more than 700,000 models this year in Canada and the U.S. and building more than 33 million OTA capable models by 2028.

Over-the-air updates will let Ford change the software of nearly any module in the vehicle. That’s currently up to 80 modules, depending on the model and trim grade, and it’s expected to grow. Ford says that sets them apart from many other automakers, who only offer infotainment and app updates over the air, though Tesla and Porsche both offer similar levels of OTA changes.

The updates will be done under the Power-Up brand, with the service launching first on the all-new Ford F-150 as well as the electric Ford Mustang Mach-E – with the Bronco next on the list as well as Super Duty trucks, all with Sync4 Infotainment. More than 100,000 Ford vehicles have already received a Power-Up enhancement, with more on the way. The frequency of updates is also expected to increase, while the updates can be scheduled for user convenience and most will take less than two minutes. 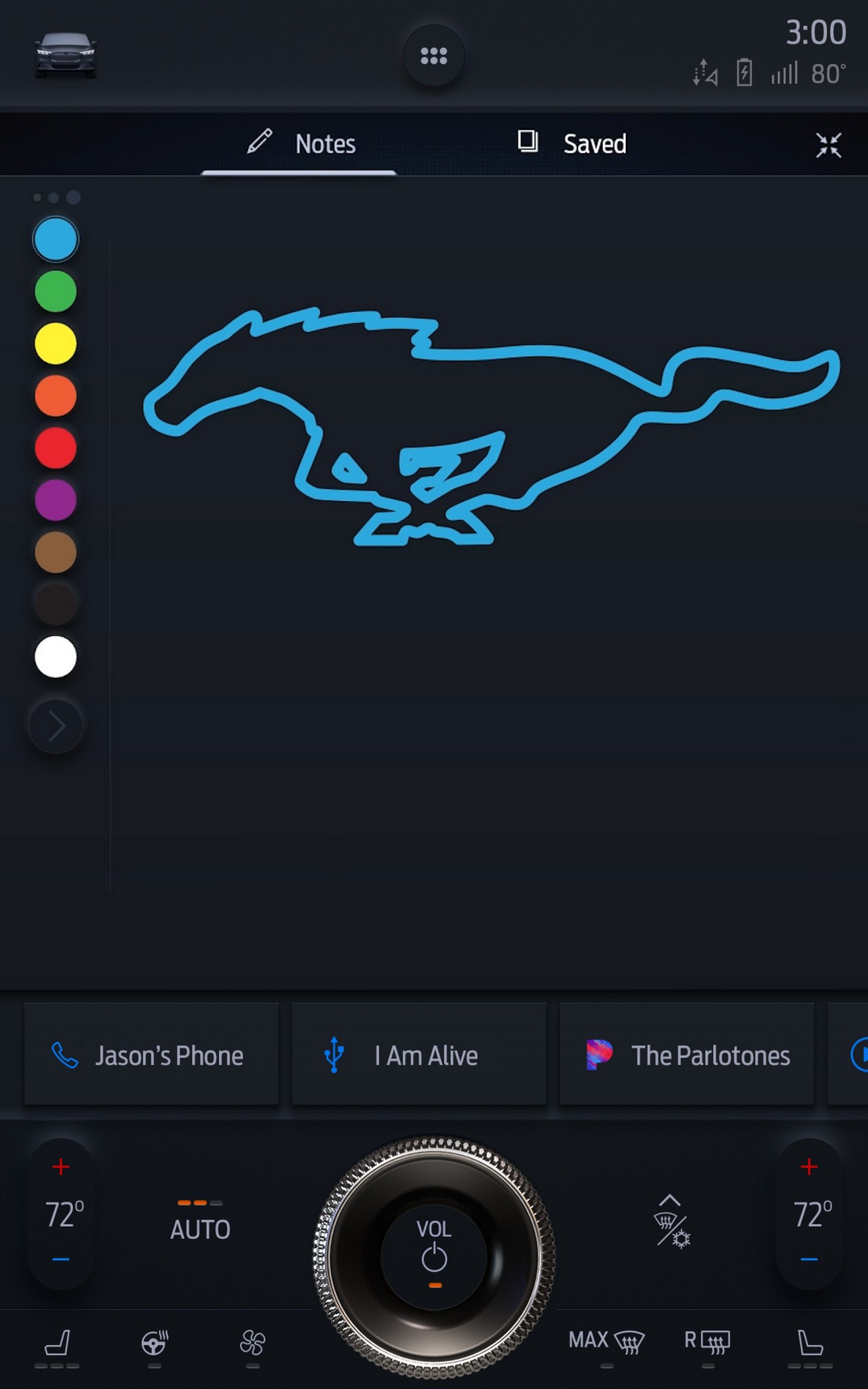 “Software updates are common across billions of connected devices but not yet for vehicles. Ford Power-Up software updates will change that by quickly bringing it to millions of people,” says Alex Purdy, director of enterprise connectivity at Ford. “We’ve invested in more seamless technology so updates can happen while you’re sleeping.”

Amazon Alexa will be one of the first major additions to those vehicles, added to “millions” of Fords over the next few years. It allows button-free activation of Alexa (most other vehicles require a button-press to initiate) and lets users access many of their home Alexa skills, like temperature control, garage door opening, and more, plus letting users start or stop their vehicle, lock or unlock, and even check fuel or range information from nearly anywhere. Ford says it plans to make those features free for up to three years for owners and called it “the broadest rollout of Alexa hands-free” to date. The Sync AppLink app will continue to be supported but won’t be required for users to take advantage of the in-vehicle connectivity.

OTA updates, Ford says, let the automaker fix customer complaints more quickly, more easily, and with less cost to the automaker and less inconvenience to the customer. They’ve already addressed a battery concern some users had with the Mach-E with this method. It also let them add a new FordSketch app that lets users draw pictures on their screen. More apps and games are coming, Ford said, starting with the Mustang Mach-E.

As for security, the automaker said that they are using “best in class services” to ensure privacy and security from hackers around the updates and your data, saying they aren’t asking customers to trade between convenience and privacy.