The car is set to go on sale at Mecum's Indianapolis auction.

Join the Conversation (0)
In the 1980s, when it was time for the Royal Canadian Mounted Police to get their man, they tried out a different kind of horse. A muscled-up Pony Car that was all set to chase down speeders. A car so rare we had never heard of it before, but now there's one up for sale looking good as new. A 1989 Ford Mustang SSP, run by the RCMP and looking stunning in blue and white.

Ford's Mustang SSP, or Special Service Package, was a lightweight, high-powered special trim of Mustang that was designed to let officers keep up with increasingly powerful sports cars in pursuits, something that larger and heavier cars burdened by smog-chocked 1980s V8s couldn't manage. The cars were built when the California Highway Patrol asked Ford for something better than a Fairmont, and better than the Chevrolet Camaros they had already tried out unsuccessfully.

It took a standard 5.0 Mustang and added features like silicone radiator hoses with better clamps, coolers for the oil and transmission fluid, certified speedometers, and other improvements for police use. One oddity, many of them were sold with a manual transmission. 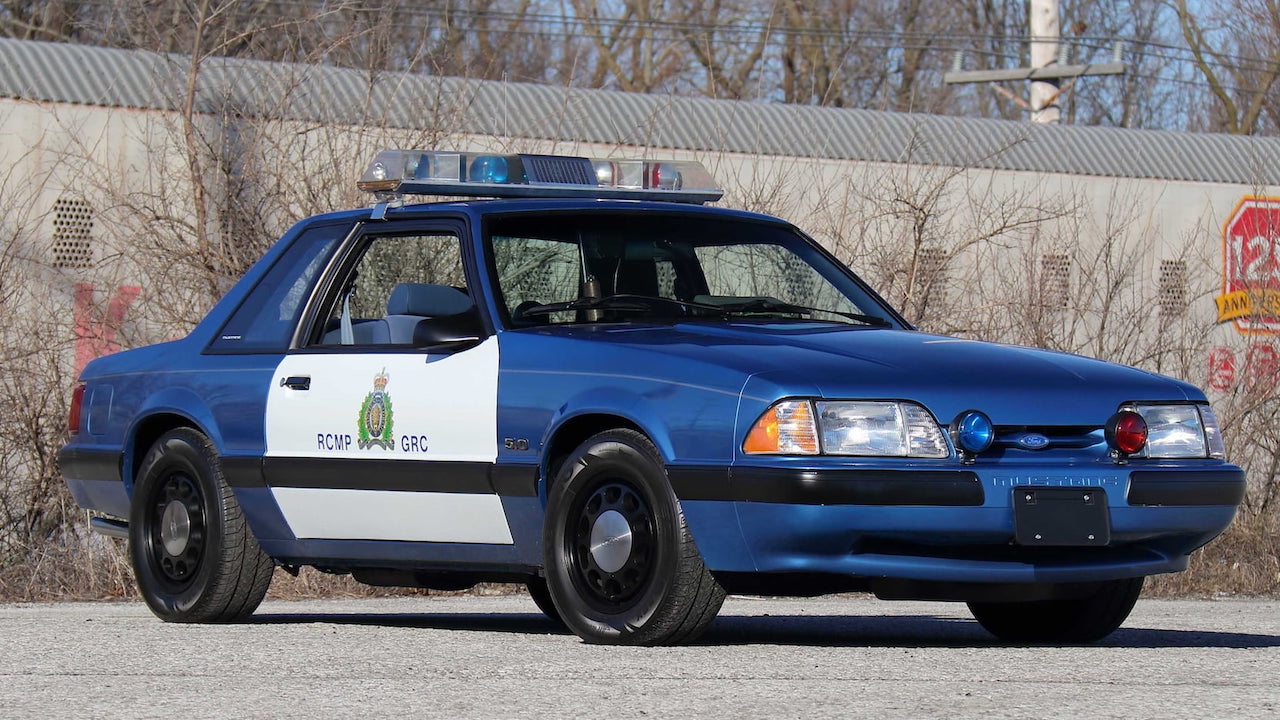 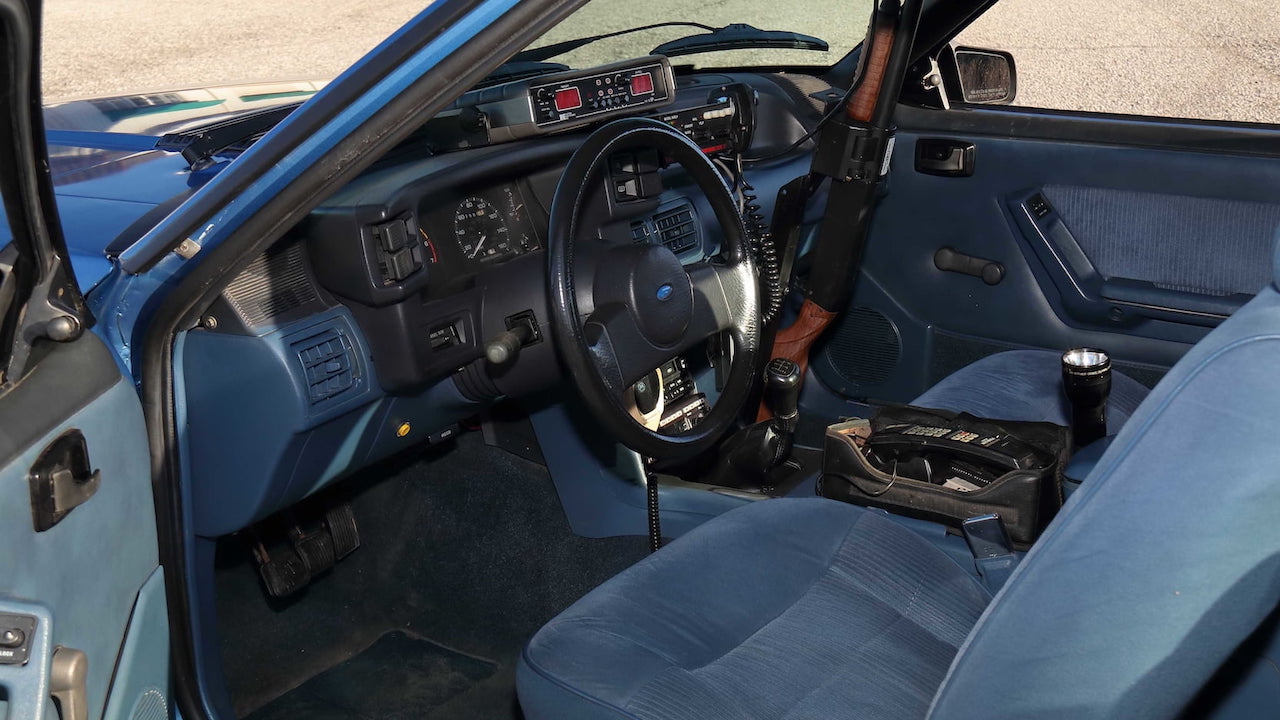 Around 15,000 were sold between 1982 and 1993, with most going to law enforcement in the U.S. But this one was one of just 32 that made it to the RCMP, and one of only four, says the listing, that were for use in Saskatchewan.

The listing for the car, which has been completely restored recently, after sitting for years, says that they have photos of this rare car in service and that they even know the name of the officer who was assigned to this musical ride.

The car is set to go on sale at Mecum's Indianapolis auction, set for this May, though at this point seeming likely to change.

Inside, the car has a full blue interior, as it did when new, ready for service and there's a radio and shotgun with holder. Though we're not sure you'd be able to drive around with that one in Canada. There are lights on the roof, front grille, and on the rear parcel shelf, making this one look meaner than your average Fox.

It's a cool car, part of both Ford's and the RCMP's history. It might not be as quick by today's standards, but we still like it more than the new Police Interceptor Utility Hybrid that'll be filling your rear-view mirror soon.