claiming more than 12,000 places to charge

A major knock against electric vehicles has traditionally been – and likely will be for a while – the availability of charging stations from which drivers can replenish their car’s supply of electrons. Until places to get a (quick) plug in are as proliferous as fuel stations, that carping will continue.

Ford is making a big dent in the effort to address the issue, announcing what they say is North America’s largest electric vehicle public charging network. They claim more than 12,000 places to charge, including the all-important fast charging stations, and more than 35,000 charge plugs.

The company says that new all-electric vehicles from the Blue Oval, including the Mustang-inspired SUV arriving next year, will come standard with a Ford Mobile Charger that can charge regardless of whether the outlet power is rated at 120- or 240-volts.

Your author will also take this opportunity to show that Ford has buried a lede in this announcement by casually confirming the existence of a “Mustang-inspired” EV crossover vehicle, one that will appear next year. Until this point, the timeline for such a machine was hazy. With these concrete details, look for the world’s spy photographers to be examining anything plugged into a Dearborn outlet with extra fervor.

Back to the task at hand, the Ford EV charging strategy features at-home charging options and the network of public charging stations, including DC fast charging. Both the at-home and on-the-go charging will be powered by the FordPass app and in-vehicle screen, marking another shift in Ford’s efforts to get drivers to use their phones in conjunction with their cars. 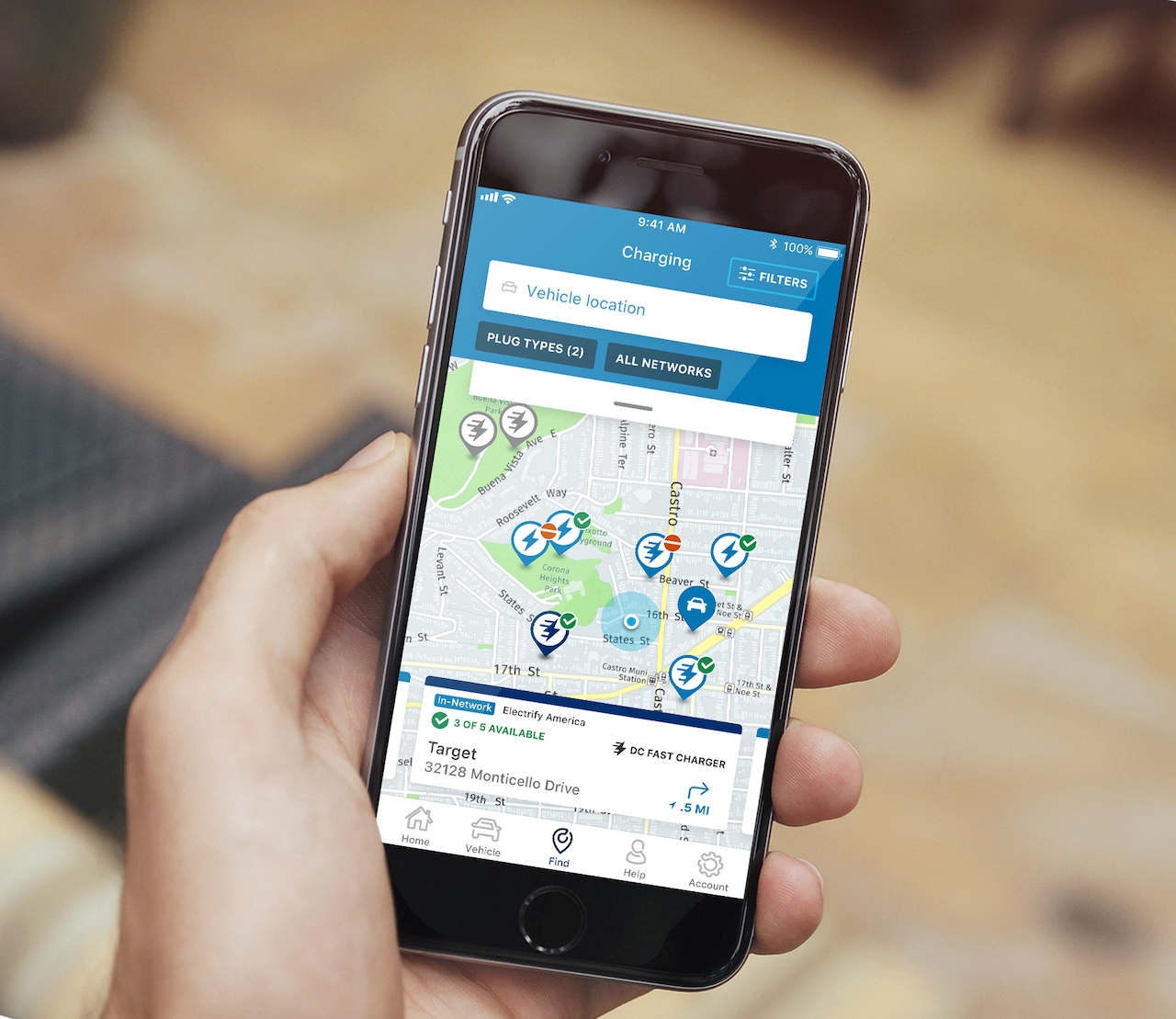 “Among people who already own or want to purchase electric vehicles and plug-in hybrids, 48 per cent say that a lack of charging stations is one of their main concerns,” said Ted Cannis, Ford director of global electrification. “By offering industry-leading charging access we are dismantling those barriers, allowing more customers to confidently enjoy the benefits of owning an electric vehicle.”

Outside the home, Ford is working with Greenlots to bring together multiple charging providers to develop the FordPass Charging Network, making it easy for Canadian customers to find charging all through FordPass or their vehicle’s screen. There is a similar collaboration south of the border. Such chargers should provide about 75km of range in about ten minutes.