Its hybrid batteries are specially placed inside the vehicle so they do not compromise passenger or cargo space.

The new hybrid-powered Police Interceptor Utility also reduces engine idling time to save fuel when the vehicle is stationary.

They hybrid can power demanding electrical loads from lights, computers, radios and other equipment using its lithium-ion hybrid battery, allowing the gasoline engine to shut off and intermittently run to charge the battery.

The utility automatically switches to maximum performance – with the engine and battery working at peak acceleration levels – when needed.

In addition to improved performance and no trade-offs in utility, cargo and passenger space, the Police Interceptor Utility features exclusive 75-mph rear impact protection for safety. 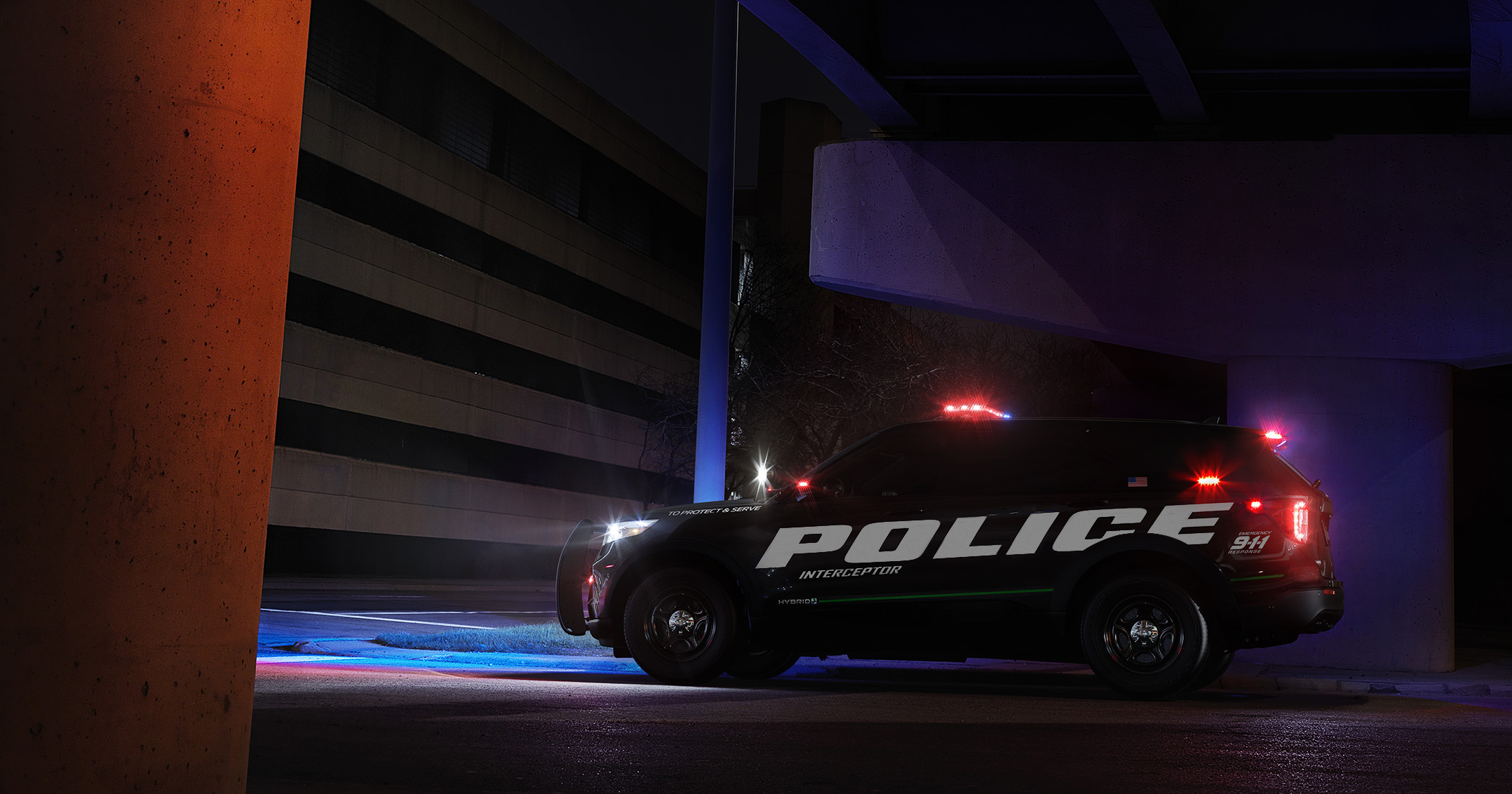