The second-generation 3.5-litre high-output EcoBoost engine found in the F-150 Raptor produces 450 hp and 510 lb/ft of torque, plus a 23 per cent improvement in EPA-estimated combined fuel economy.

Ford Has announced horsepower and torque ratings for the all-new 2017 F-150 Raptor that will continue to position the ultimate high-performance off-road pickup in a class by itself.

Equipped with the all-new 3.5-litre twin-turbo high-output EcoBoost engine, the Raptor churns out 510 lb/ft of torque and 450 hp across a wide power band.

Mated to an all-new Ford-built 10-speed transmission and exclusive transfer case – and managed by a six-mode Terrain Management System – the 2017 F-150 Raptor makes good on its promise to deliver an exhilarating off-road performance truck and even more bragging rights.

Using the same high-strength, military-grade aluminum alloy body and a fully boxed high-strength steel frame as the current F-150 trucks, the 2017 Raptor is up to 500 pounds lighter than the 2014 model.

Combined with a new high-output EcoBoost engine and 10-speed transmission, the 2017 Raptor delivers a 21 per cent improved average torque-to-weight ratio and a 23 per cent improvement in EPA-rated combined fuel economy compared with the previous generation Raptor.

You May Like: F-150 Raptor shod with all-new BFGoodrich tires

Further building on the power-to-weight benefits, the 2017 F-150 Raptor delivers more low-RPM torque and better optimized power bands and shift points across all two-wheel drive and four-wheel drive modes thanks to the 10-speed transmission and torque-on-demand transfer case. 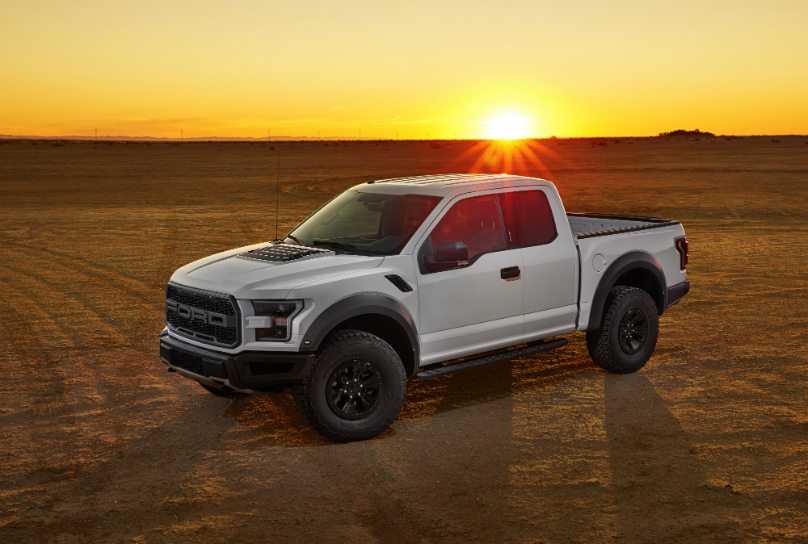