Ford Bets Heavily on Utility For the Future

Sales trends in recent years have shown without a doubt that consumers are flocking away from sedans and are falling in love with the upright seating, vision and utility offered by the SUV/CUV segment

“We do not discuss future product” is a phrase that has been directed towards every auto journalist by staff of every automaker. It is a phrase that is well used by manufacturer staff from PR interns, right up to and including senior executives.

Yesterday, Ford sort of broke the trend, by inviting a corps of journalists to Dearborn, Michigan for a unique “on the record/off the record” program where the company’s top brass would talk about and show off some of the products that will join the blue oval’s line-up over the next 24 months.

Before they began reading from their teleprompters though, they made us all promise not to let the majority of the details leave the room. Sadly, that means that I can’t tell you too much about most of the future product they spoke of and that I saw!

Recently appointed CEO Jim Hackett opened the show with an overview of what his team have done to transform the 115 year old company into one that can continue to be a leader in today’s and tomorrow’s rapidly changing markets. 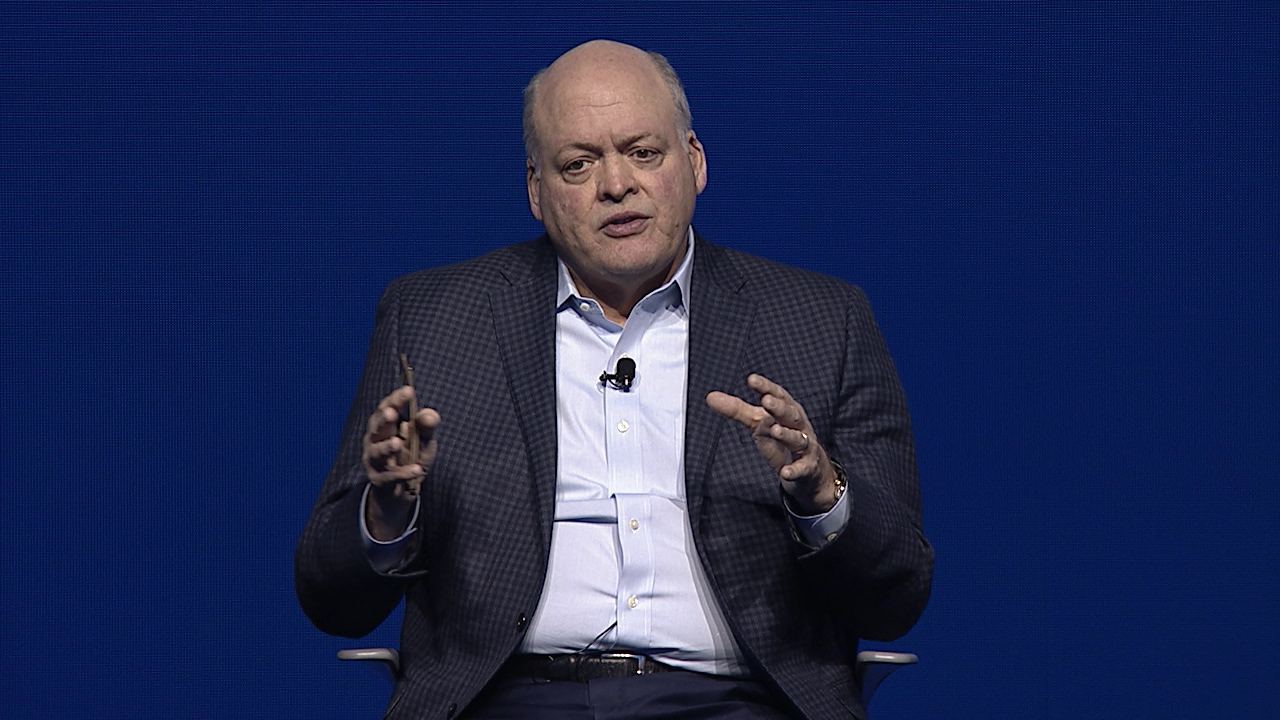 Hackett explained that the things they have had to do are “improve the fitness of Ford”, listen to customers and respond quickly, lay out path to allow their strategy to win and use their passion for great vehicles while including the new technologies that consumers want. Perhaps their biggest challenge will be to “convert the trust that people have historically had for the blue oval to now include the arrival of extremely smart vehicles for a smart world.”

Leading up to the event there were murmurs that Ford was going to position itself as a truck company, building on their 41 years of leading sales in the pickup market. Hackett explained that their plans were to strengthen their truck line-up, while expanding their SUV offerings. Performance variants are going to expand to more models and Ford intends to “challenge the best for off road supremacy”.

President of Global Operations, Joe Hinrichs took the stage and explained that the fitness aspect would be accomplished by replacing more than three quarters of the brand’s model line-up by 2020 and introducing four all new models. That change will reduce the brand’s average product age from the current 5.7 years to just 3.3 years.

To make this happen, Ford is switching to a platform based manufacturing system where all vehicles will be built on one of 5 platforms, with just 30 per cent of the content such as hoods, grills, doors and the like being custom to each model. Hinrichs says the development process “from sketch to showroom” has been reduced by 20 per cent.

Throughout the entire process, Ford has been “attacking costs”, in order to deliver $4 Billion in engineering savings within five years, while creating what Hinrichs calls “the industry’s most efficient product development organization among full-line automakers”.

In the media scrum following the presentation, I asked Hinrichs if he expected that they would be able to keep the fleet at such a young age moving forward. He acknowledged that it will be a challenge, but that their new platform based production plans and streamlined development have been created with this goal in mind.

Taking a more “human-centred approach to design”, Hinrichs says that Ford is spending more time with consumers, earlier on in the process to figure out what features customers use and what they don’t use. This is how they came to develop the Pro-Trailer back-up assist for F-150.

They have realized that too many customers use their phone for navigational and traffic assistance, so they have introduced the WAZE app to vehicles. They have noticed many pick-up owners driving around with a generator strapped down in the bed of their truck, so have decided that the new Hybrid version of the F-150 will include a built in generator.

Play a bit of catch up, Ford is working to have 4G LTE connectivity as standard in all models by 2019. Part of this is not only to afford the customer convenience, but to allow for over the air software updates to SYNC by 2020 to ensure that the onboard hardware remains up to date over the life of the vehicle.

Everybody in the room knew by this point that Ford’s future plans revolved heavily around trucks, but Ford’s President of Global Markets, Jim Farley dropped a pretty hefty statistic to open his portion of the presentation. By 2020, 86 per cent of Ford’s business will consist of trucks and utility vehicles, including electrified versions of them.

Ford is “going big on hybrids”, adding hybrid models of F-150, utilities and even the Mustang. The integration will be so heavy that Ford expects to overtake Toyota as the sales leader of hybrids by 2021. 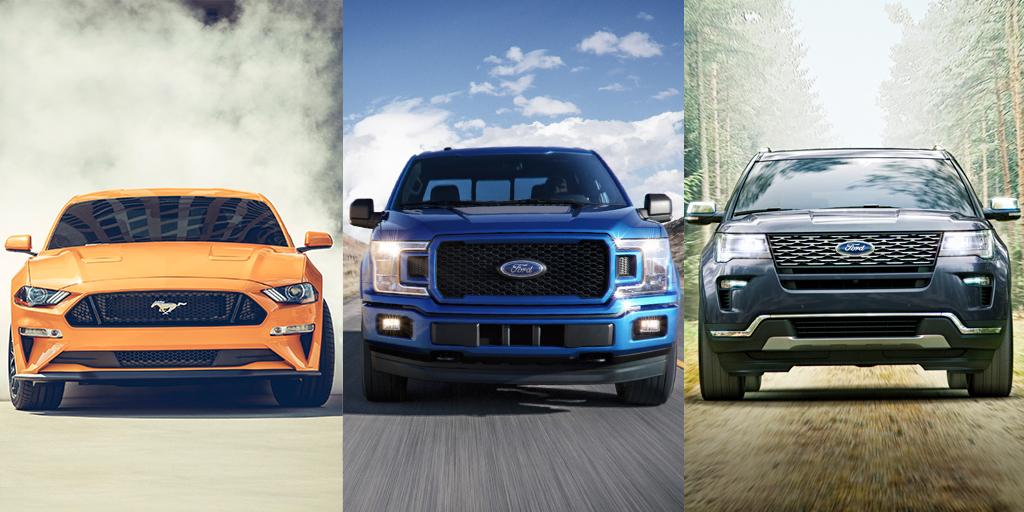 F-Series is Ford’s (and the market’s) biggest seller and soon the F-150 will be available with a new Power Stroke Diesel. The commercial vehicle side of the line-up is currently 3.2 years old and will shortly be joined by an updated Transit.

The recently replaced Expedition and all-new Ecosport have been selling well and are shortly to be joined by all new Explorer and Escape models.

The Ford Raptor has created a high performance off-road niche which the company is planning to capitalize on with the introduction of two all new models. The first is a small SUV that is built for off-roading and promises exciting performance, but has not yet been given a name.

The second is one of the most anticipated new models the market has seen in a long time. The return of the Bronco nameplate has had off-road enthusiasts salivating for months now and Farley promises “that it will live up to its off-road legacy.” Unlike the Jeep brand, Farley says that Bronco will not have “spartan, government issued interiors” or “look like doomsday vehicles.” Rather than developed to crawl rocks at Moab, the Bronco is being positioned as an off-road version of the Mustang Convertible. A vehicle which is “comfortable at higher speeds on two track trails” and yet is capable driving on a sandy beach.

While the brand is set to become more truck centric, Ford acknowledges that performance is a key part of the brand’s strength. With the GT, Mustang and Focus RS at the core, Ford recently added the ST badge to the Edge crossover and have announced that they are about to launch an Explorer ST. Farley assured the group that all ST models will be authentic performance versions of their model and not just an appearance package.

Farley also announced a “4 door utility with the rebel soul of a Mustang” which will boast zero emissions. This one also has yet to be named.

The exec wrapped up the “on the record” portion of the presentation by touching on the future of Lincoln. Given the popularity of the new Navigator and Ford’s heavy investment in SUVs, it is no surprise to learn that the luxury brand is going to be bolstered by more utility vehicles. Farley says that two all-new Lincoln SUVs will be unveiled at the New York International Auto Show and that four more are in the works.

Sales trends in recent years have shown without a doubt that consumers are flocking away from sedans and are falling in love with the upright seating, vision and utility offered by the SUV/CUV segment. Still, it is interesting to see an automaker the size of Ford putting almost 90 per cent of their eggs in one basket so to speak. Hopefully their newly streamlined product cycle process will be able to circle back should the public decide to reverse the trend and fall in love with sedans again. 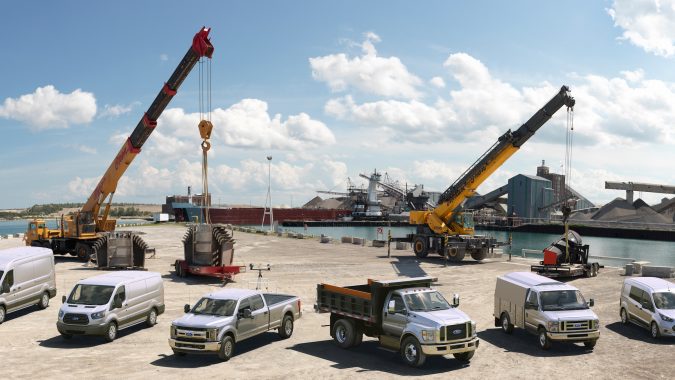 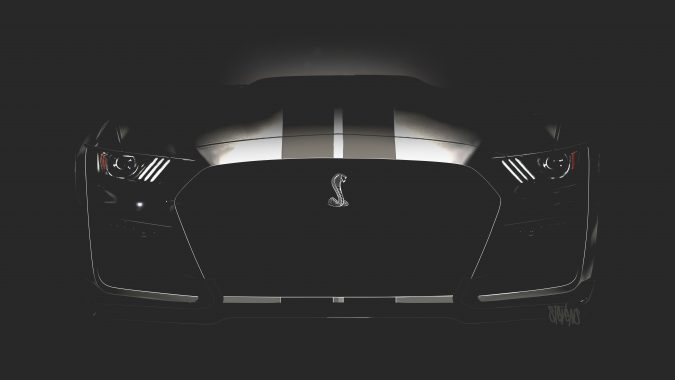 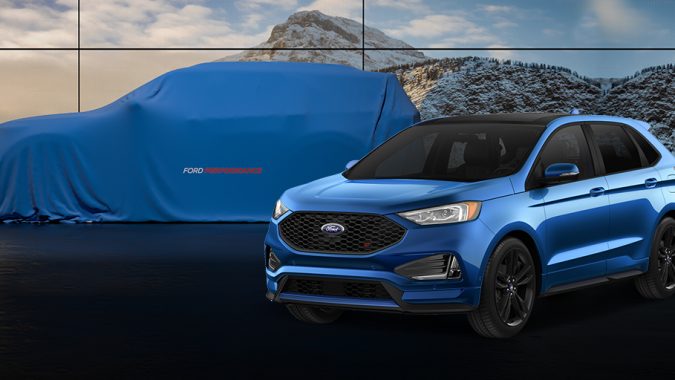 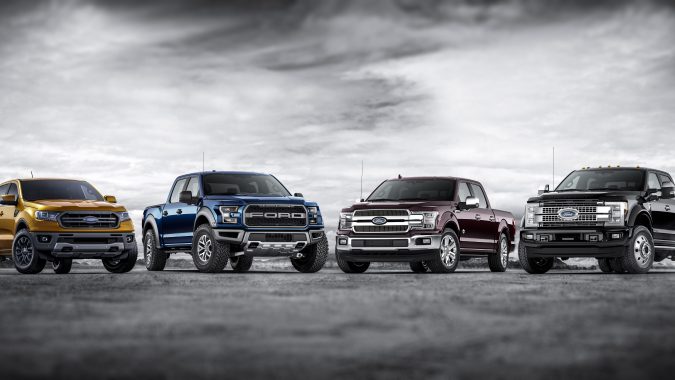