Now, the company is giving law enforcement an even more efficient option with the reveal of a plug-in hybrid vehicle capable of driving up to 21 miles without a drop of gas.

The Special Service Plug-In Hybrid Sedan, the first plug-in hybrid police vehicle from Ford, is designed for police and fire chiefs, detectives, and other government personnel whose jobs don’t require a pursuit-rated vehicle.

The vehicle’s 3.3-kilowatt onboard charger allows agencies to fully charge the 7.6 kilowatt hour battery in just 2.5 hours on a 240-volt, level-two charger.

But Ford is confident most agencies won’t need anything more than a regular 120-volt wall outlet to recharge. The lithium-ion battery can move the vehicle up to 21 miles on a single charge and up to 85 mph on battery power alone.

Once the battery runs down, the vehicle is powered by its gasoline-electric hybrid powerplant – with a range surpassing 500 miles – eliminating any concerns of range anxiety typically associated with battery-only electrics.

A special dark-car feature turns off interior lighting and allows the dash cluster to be dimmed 100 percent for surveillance, and several emergency lighting packages like those found on other Ford police vehicles are also available. 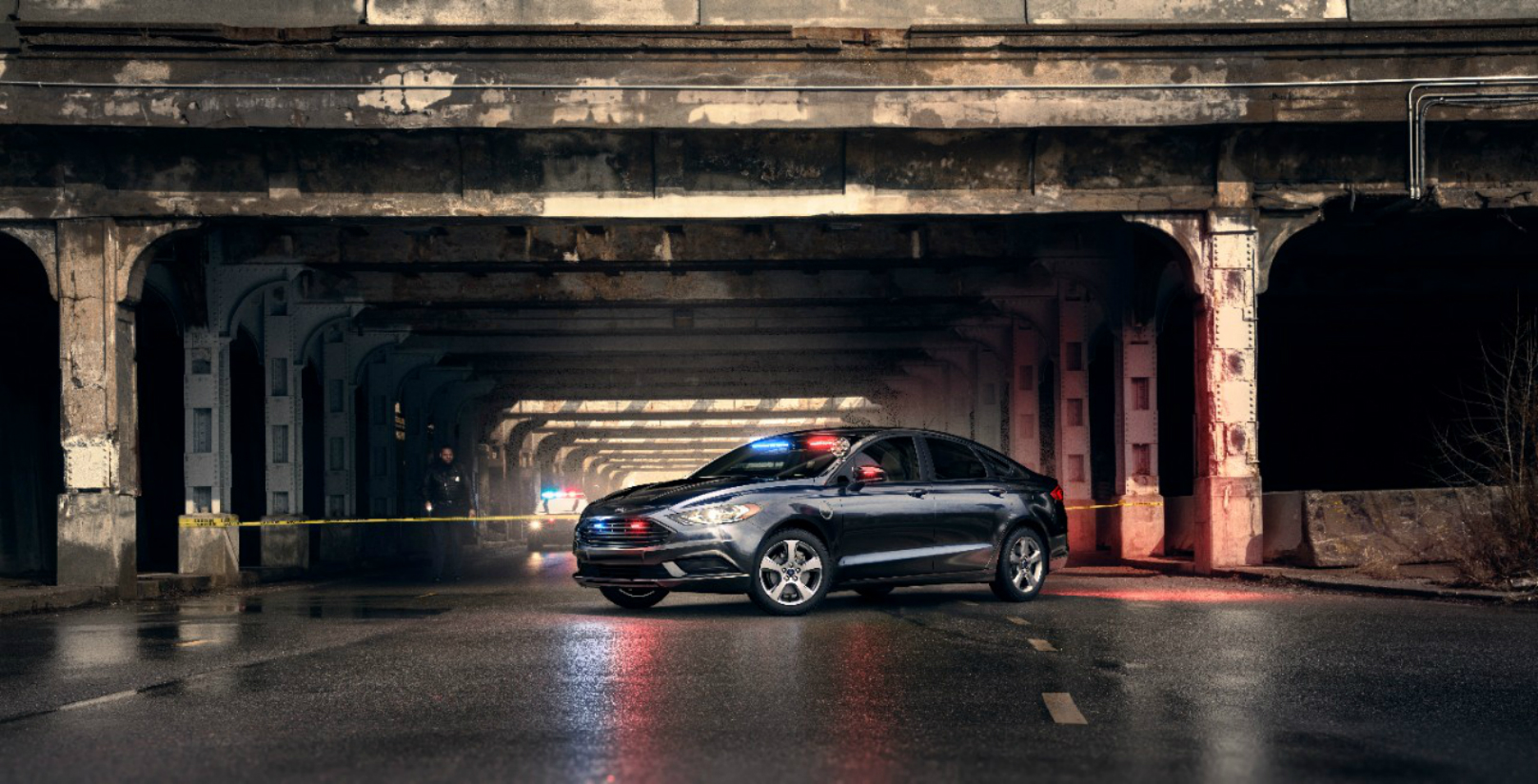