The model number is significant, as it is a change from the current Mustang, called S550

Ford’s done an impressive job of keeping the Mustang current, if you’ll pardon the Mach-E pun, by introducing performance packs, Shelby models, and generally making changes to keep it fresh. Still, we were worried about the future of the model, and for how long the current horse would stick around before being sent out to pasture. Now, according to a job ad Ford’s posted to LinkedIn, it looks like we know when the next Mustang will arrive. In 2022 as a 2023 model year.

The ad posting, originally discovered by an eagle-eyed poster on Mustang6G.com, is for a “wind/road noise and air leakage plant vehicle team (PVT) engineer” to work at the company’s Flat Rock, MI, factory, home to the Mustang. It’s not the most prestigious position, like say one in the engine department or as lead suspension development engineer, but it’s one that is probably more important to most customers. The job is to figure out the cause of any wind and road noise experienced in the new car, then help to eliminate the problem.

While that has us polishing our resume, the important news is that it confirms that the new Mustang will be known internally as the S650 and that it will arrive as a 2023 model year vehicle. The number is significant, as it is a change from the current Mustang, called S550. In other years when the change was more of a refresh than a new model (ie. the 2010 cars), the internal designation didn’t change. 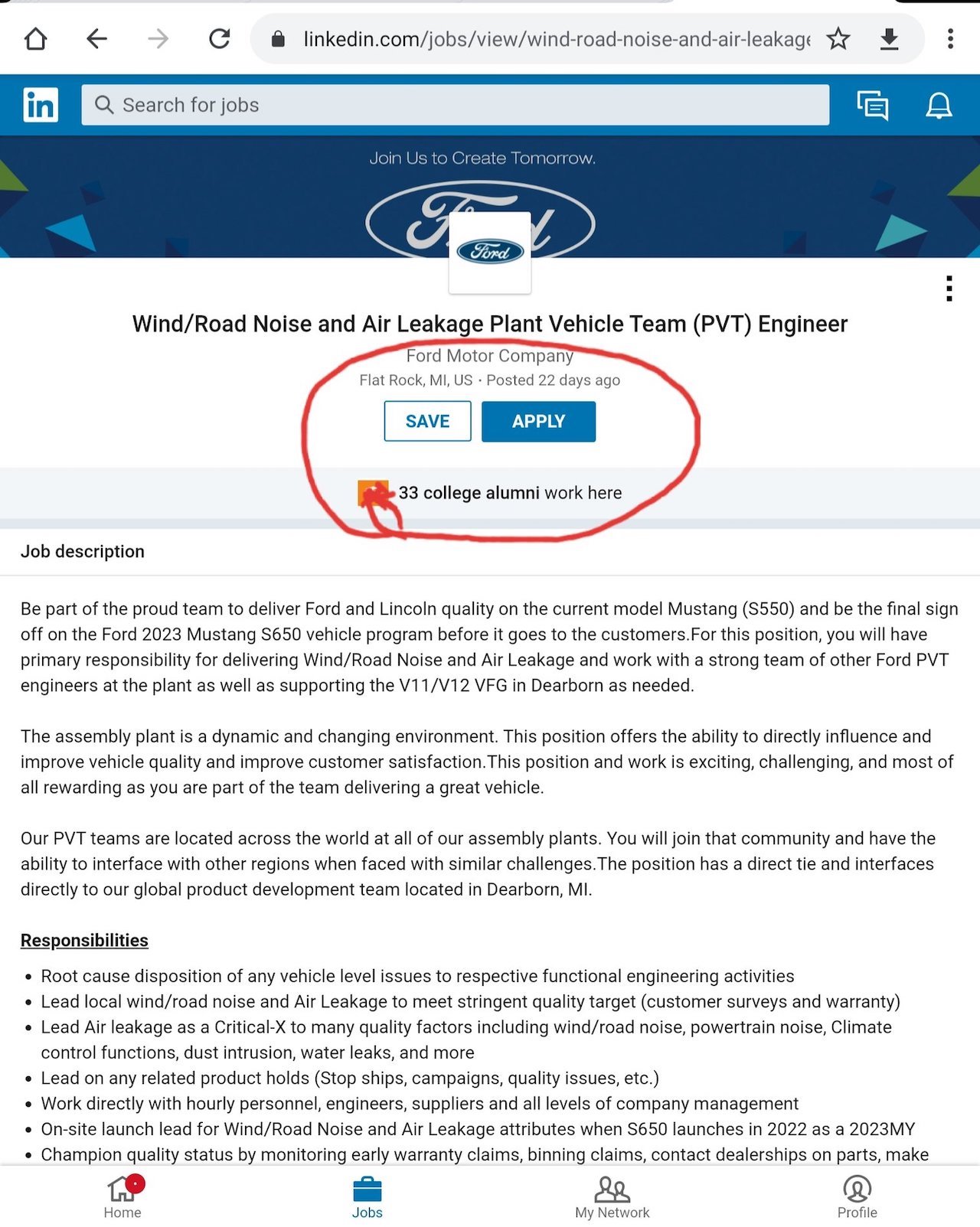 Ford previously said that it was planning an internal change that would reduce the total number of platforms the company would offer. Down to just five. That means some models will share underpinnings with other vehicles that don’t seem to be closely related. In this case, we expect the new Mustang to ride on the same platform as the recently released and rear-drive biased Ford Explorer. It’s rumoured that that will mean a slightly larger Mustang, possibly closer to the Dodge Challenger in exterior dimensions, because of limits in the flexibility to move platform components.

It had also been rumoured that Ford was pushing the new Mustang back to as late as 2026, meaning that the current car would be on sale for more than a decade. This job posting would seem to put that fear to bed. Still, we expect the current car to get another slight refresh before the new one arrives.