For New TADA President, it's All About the People

First woman to lead the Trillium Automobile Dealers Association says the automotive business has a lot to offer the next generation as a career path.

Susan Gubasta is on the cusp of making provincial — if not national — automotive history.

In two months, give or take a few days, she will become president of the Trillium Automobile Dealers Association, an umbrella organization of nearly 1,000 new-car dealers in Ontario who employ more than 45,000 people and produce $12.5 billion in GDP each year.

When that happens, she will be the first woman to lead the TADA in its 110-year history.

She is 51 years old, married to Darryl Shaver, and they have a son Jacob, who’s 11. She’s president of Mississauga Toyota on Dundas St. E., just west of Hwy. 427.

Her appointment will last a year; after that, she will become president of the Canadian International AutoShow, which continues to run at the downtown Metro Toronto Convention Centre today and until 6 o’clock tomorrow night.

It was at the AutoShow this week where we sat down for a chat, in which she talked about growing up and joining the family business, getting involved in the TADA and how she thinks electrification of automobiles is coming — but not quite as quickly as some people think.

Q. You are a woman in a very male industry. How are you fitting in?

A. Growing up in this industry, I haven’t felt like I’ve been on the sidelines at all. I’ve always been embraced, and everybody has always been so supportive around me. I grew up with two brothers, and I grew up around a lot of guys and, at the end of the day, I just feel like I’m one of the crew.

Q. How did you start your career?

A. I’m an Etobicoke native, now living in Mississauga. I’m second generation. My father (Joe Gubasta) kept saying, ‘You’ve got to come into the business, you’d be great at the business.’ My father was a dealer. He had a bunch of stores in downtown Toronto. Years ago, at Avenue Rd. and Lawrence, he owned Avenue Dodge Chrysler. That was the first store he owned on his own — he was in partnership before that. Then he went to Brampton and had Bramview Ford. Then we bought Sherway Nissan and he opened up an Acura store and now I’m Mississauga Toyota.

At first, I thought he was crazy. I told him, ‘I have no interest and I don’t want to do it; I don’t want to work for you and be in the family business.’ I had two brothers and a brother-in-law in the business at the time.

But then I worked for my father part-time in the service department when I went through school. I worked in every position in service, from cashier to service adviser. I was taught how to change oil. I thought if I was going to work in the service department that I had to learn something about cars. And so, the guys took me in and taught me, and I was covered in oil by the end of it. Of course, they made me stand in front of the oil pan when I took the plug out, and the oil came shooting out at my face, and I said, ‘Thanks, guys.’ But I took it on the chin — I understood it for the initiation it was.

So, when I finally succumbed to the pressure of my father and said, ‘OK, yes; I’m going to give this a try,’ I actually got some training and went into the business office and started there. I went on a training program and then learned from the business manager who was moving up to become sales manager. It was boots on the ground and off we go. I’ve been in the business now for 24 years, going on 25. I became president of the company five years ago.

We’re between being a medium dealership and a large dealership. I’m working to make it bigger. Seventy people are employed there, and 22 of them are female. I have female managers: my marketing director is female, we have women working in the accounting department, guest services, service adviser, sales — across the board in all the different positions.

Q. How did you get involved with the TADA?

A. I was general manager of the dealership and I was approached by the TADA and they asked me to consider coming on the board. We sat down and chatted and I told them I was interested in helping them to grow the industry.

People who don’t have front-line experience with the TADA don’t truly understand the size of the association and what they actually do. When I first walked in and had my training with them, and they were teaching me what they’re all about and the different businesses they’re involved with and the different things that they do, I thought, ‘Wow, this is bigger than I ever thought.’

Q. What aspect of the TADA do you think is the most important and what is the most attractive?

A. It is definitely a combination of things. We are an organization that takes care of the betterment of what we do in business, with government and the community as a whole. The other thing I’m excited about with the TADA is being able to educate everybody out there to say, ‘Hey, do you know what? We have a lot to offer in terms of jobs, and to achieve things in life.’

We’re under the radar in terms of people understanding what we can offer to everybody. My platform is really to educate the younger generation, to say, ‘You know, you can make a really great living here.’ We need people who have business degrees, master’s degrees; we need really smart people to help us run our industry, to run our businesses.

We need engineers. The technicians of today are not just there to change oil. Cars today are driven by microprocessors and computers and we need to have electricians, diagnosticians …

A. I want to attract great people to this business who want to make something of themselves. There is so much opportunity here, and if you can get your foot in the door, you can move around and learn so much.

I’ve worked in every department, and to be able to have that opportunity and learn the business — we’re in a people business; yes, we sell cars, but it’s a very dynamic business — everybody you talk to in automotive, once they get in, they can never get out. Because there’s this draw, this magnetism, because it’s ever-changing.

Q. Once you spend your year at the helm of TADA, you will be president of the AutoShow. How does that make you feel?

A. It’s an amazing thing, this auto show. I’m going to the Geneva auto show in two weeks, but I don’t have a lot of experience in the auto show world yet. I was at the Consumer Electronic Show in Las Vegas in January — and did you know that the auto component of the CES is the fourth-largest auto show in North America? It was unbelievable to see where we’re at and what is coming in the future for automotive.

I’m looking forward to going to China this year, and to Goodwood (Revival car show, in England). I want to see what we can learn and what we can bring back; what works, what doesn’t and what they’re doing that we haven’t tried yet. I think we should always be looking to make our show a bit different — I know I don’t want to see the same thing every year.

Q. How did you enjoy the VIP night this year?

A. I’ve been coming to the VIP night since I’ve been 21 years old — I wasn’t in the business till I was later in my 20s — and never did I think I would be part of something this big. It’s a real honour. I used to come just to party because my dad would get me tickets. A year from now, I’ll be the president. It’s amazing.

Q. The big pressing question in the industry is electrification. Are we going down the right road?

A. OK, my opinion. I think change is happening and I believe that electrification is coming — but it isn’t coming as quickly as some people say it is. There’s so much that’s involved — infrastructure, what do we do with these batteries once we don’t drive these vehicles any more? There’s so many layers to this.

I think driving an electric vehicle is great. But is it convenient? Do I have to stop for an hour on my way to the cottage to plug in my car? If I’m driving a gas-engine car, I stop for two minutes and put in some gas and away I go.

I go to a lot of conferences and I hear what people are saying. Look at hybrids. Toyota has been making hybrids for over 20 years but they are still only 1 per cent of sales. I don’t think electrification is much different than that. Yes, it’s a new type of vehicle that’s out there but we’re not ready for it. We’re not built for it.

It’s going to be a long road. Charging stations in the numbers needed don’t exist. Look at the marketplace. Seventy per cent of the vehicles sold in the marketplace today are trucks.

So, who wants to go out there and buy an electric truck? It doesn’t make sense. 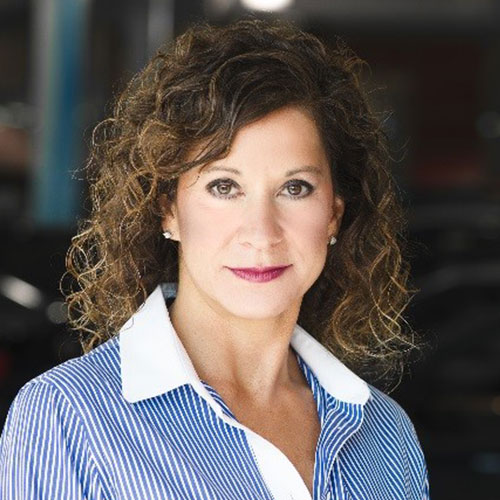 Norris McDonald is director of media relations for the Canadian International AutoShow.

Clarification – Feb. 23, 2018: This article was edited from a previous version to make clear Norris McDonald’s role as director of media relations for the Canadian International AutoShow.