Five best cars to own as winter beaters

Snow, brine and ice wreak havoc with our cars. Here’s to five winter warriors you can buy for around $5,000 — plus snow tires.

Beyond literary metaphor, it’s hard for motorists to equate winter with anything more than a pain in the behind. Snow, brine and ice wreak havoc with our cars. The wisest among us seek to shelter our good chariots from the north wind.

Hoist a chalice: here’s to five winter warriors you can buy for around $5,000 — plus snow tires. 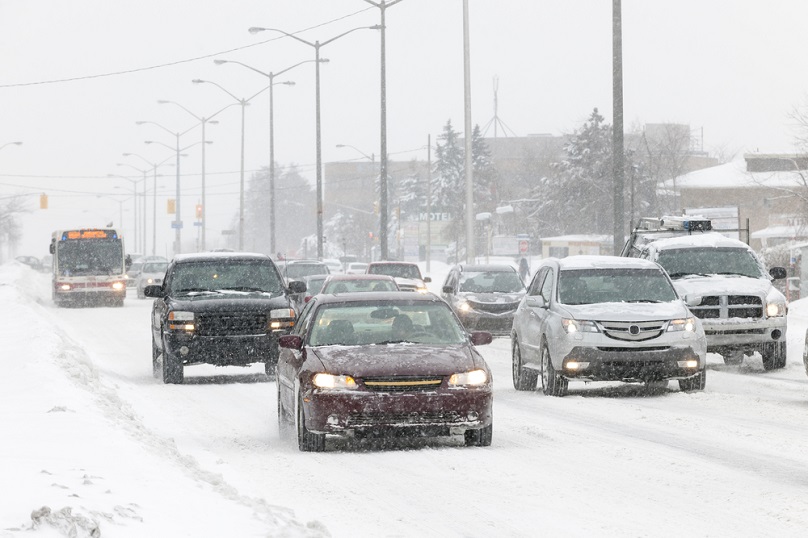 Suzuki’s automobile division may have fled these northern latitudes, but it left behind a pretty awesome little car. The SX4 is available as a front-drive or all-wheel-drive hatchback or sedan, powered by a 143 horsepower, 2.0L DOHC four cylinder. Owners laud its funky styling and tall-in-the-saddle stance.

Assembled in Japan, the SX4 has garnered little criticism regarding its build quality. Worn-out alternators and catalytic converters top the list. Owners dislike the wee fuel tank, and the SX4 isn’t that miserly with fuel. But it knows how to slice through a bad winter storm with appropriate tires, so it’s a keeper.

Hyundai’s Corolla killer was especially effective at delivering all of the goods, plus a little more well-oiled refinement at a price that undercut the slow-depreciating Japanese sedan. Its generous cabin coddles, the ride is supple (if a little floaty), and acceleration and handling are about class average. Road noise is nicely subdued for an econobox.

An energetic 2.0L DOHC four cylinder makes a useful 138 hp, directed to the front wheels. Build quality leapt ahead with this generation of Elantra. There are scant reports of failed ignition switches and door locks, along with the occasional troublesome automatic transmission.

If you buy autos based on price per kilogram, the Mitsubishi Galant is an uncommon bargain. This big-boned sedan was conjured up to appeal to Americans, and yet it still couldn’t close deals. Its 2.4L SOHC four cylinder made 160 hp, while upscale models got a 3.8L SOHC V6 with 230 hp on tap.

Owners raved about their cars’ fit and finish, refined powertrains and big-sedan comfort — all at a price that depreciated like domestic iron. Cobbled together by United Auto Workers in Illinois, its reliability has been very good. The few complaints revolved around frequent front-brake service and a noisy sunroof.

The Ford Focus has had a bumpy ride over the years; the early builds were subject to recalls of biblical proportion, but by the mid-2000s, Ford had learned how to put them together well. This “world car” brings unexpected sophistication and refinement to the class, with stellar handling and a great design both inside and out.

Most notably, the Focus was available as a sedan, hatchback and wagon. It consumes brakes, so be prepared for frequent service. A malfunctioning air conditioner may be traced back to a leaking compressor shaft seal. Other setbacks include faulty alternators, ignition switches, window regulators and automatic transmissions in small numbers.

The redesigned Kia Sportage sport-ute inherited the contemporary front-drive unibody platform of its corporate twin, the Hyundai Tucson. Standard was a 2.0L DOHC four cylinder, good for 140 hp; optional was a 173 hp, 2.7L V6 — something the Honda CR-V and Toyota RAV4 didn’t offer. Capable all-wheel drive was an option.

The Sportage earned owners’ praise for its smooth demeanour, roomy cabin and surprising reliability (take note, Jeep). Online complaints revolved around air-conditioner woes, faulty rear-window wipers, a few electrical bugaboos and occasional hard starting. The automatic transmission has been known to fail at high mileage, but there are plenty around at 200K+ kilometres.