Join the Conversation (1)
Cadillac will launch its priciest, most luxurious, and most ambitious model ever in the form of the upcoming 2024 Celestiq, a bespoke four-door electric hatchback priced closer to Rolls-Royce and Bentley ultra-luxury sedans, in an effort to re-establish the Cadillac brand at or at least much closer to the top of the automotive ultra-luxury vehicle food chain.

By the time it’s slated to go into production in December next year, GM estimates the Celestiq will have an MSRP “north of US$300,000, and increase based on level of personalization.” With a caveat that the few Cadillac dealers that will sell the Celestiq will set the final prices.

Perhaps oddly, the luxury brands that play in this rarefied realm have largely retained their traditional internal combustion engines leaving room for the Celestiq to offer a compelling option over those “old-world” brands. 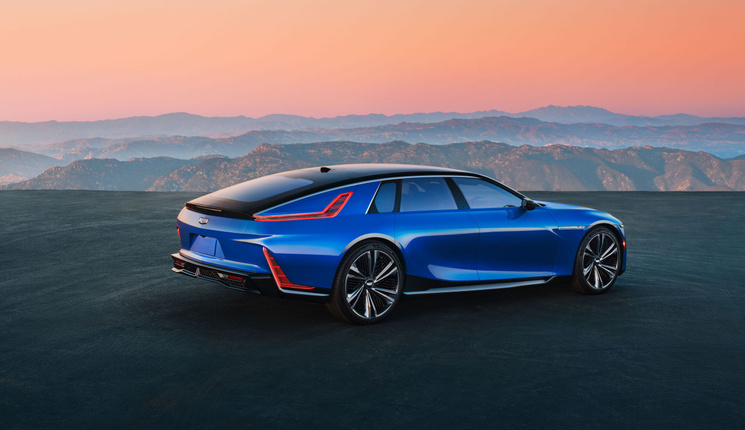 However, the Cadillac Celestiq is aiming to become the ultimate bespoke luxury car, not the ultimate EV. It’s an important distinction. In key areas of appeal for EV owners and enthusiasts – DC charging speeds, range, and even acceleration – the Celestiq will be bettered by EVs from key rivals Tesla, fellow GM brand Hummer, and even a couple of much less expensive EVs from the Hyundai Motor Group.

Performance versions of the Tesla Model S sedan and Mercedes-Benz EQS are ostensibly much closer in powertrain technology and interior ambiance to Cadillac’s upcoming halo vehicle, at roughly a third to half the starting price. But the Celestiq adds a mix of futuristic innovations that artistically amplify Cadillac’s traditional values of ultimate comfort, quiet technology and a touch of American brashness.

“This is a bold vehicle for bold individuals,” said Brandon Vivian, Cadillac’s executive chief engineer, in an online sneak peek before the Celestiq’s official unveiling late Monday night. “It’s for trend-setters not trend-followers.” 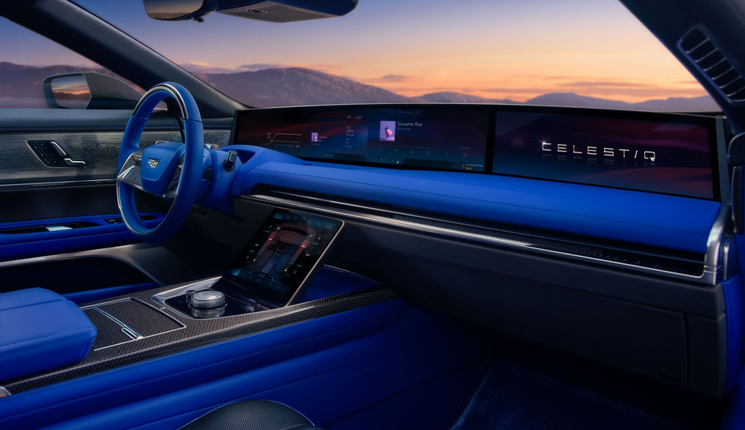 As on the Cadillac Lyriq electric SUV set to arrive by the end of this year, there’s a unique welcome sequence courtesy of the LED lighting when the driver approaches from about 15 feet away. As the Cadillac crest and lights visually power up in a little LED dance at both ends, LED elements in the taillights communicate how much it is charged if plugged in, while a lit up Cadillac “Goddess” emblem above the charge port is the first of various places it shows up throughout the Celestiq.

There are no door handles, thanks to power-operated doors that open and close with the press of a button. Climbing inside presents five different screens, with driver and passenger screens up front all falling within one massive, pillar-to-pillar 55-inch diagonal display under a single glass panel. The passenger screen allows full internet and movie-watching capability, with what Cadillac is calling Digital Blinds Active Privacy technology to dim the passenger screen from the driver’s seat. 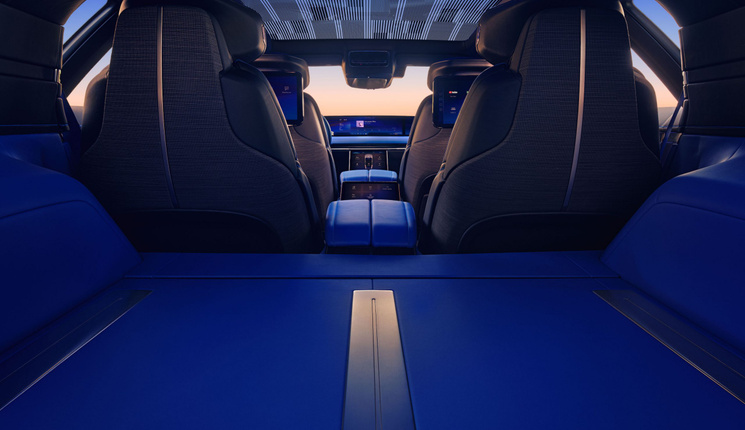 Those in the rear will have access to three screens, with huge 12.6-inch displays integrated into the front seatbacks, and a tablet in between the two rear seats of this four-seat sedan. That tablet is meant for adults as it can control many features such as seat positions, door opening and closing functions, and the tinting of the advanced four-zone electromagnetic tinted roof, among many others.

That fixed glass rear panoramic roof is the largest in the industry, says Cadillac, and roughly 7.5mm thick to help with noise isolation, as well as four zones to allow each passenger their own opacity settings.

Directly in front of the driver is a steering wheel centre that is 3D printed, the largest of 115 examples of 3D printed parts on the Celestiq, which will also be the first vehicle GM has built out of its Global Technical Center in Warren, Michigan. The interior will also offer 18 different LED lighting animations, as well as a crystal multi-function controller for the driver made of high-quality metal and glass accents, and adorned with the Goddess emblem. 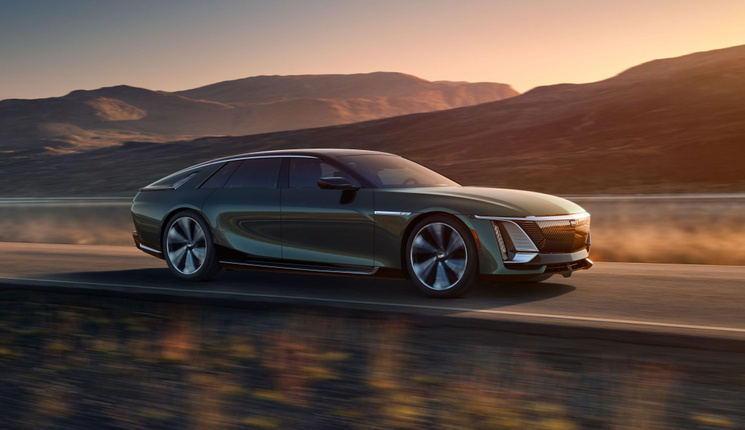 The Celestiq will offer roughly 600 hp and 640 lb-ft of torque, with an estimated 483 kilometres of range. This is enough power to officially qualify it as a “hot hatch,” although its luxurious trimmings, next-gen active noise cancellation, Cadillac-first Active Roll Control technology, an adaptive air suspension, all-wheel drive, and a MagneRide 4.0 system, highlight that the driving personality is more focused on isolated comfort than racecar-like handling.

Its 111 kilowatt-hour (KWh) battery is roughly in line with luxury EV sedan rivals from Mercedes-Benz and Lucid Motors, but half the size of the largest Ultium battery configuration in the current Hummer EV pickups. This smaller battery means the Celestiq will be able to charge up relatively quickly, and add about 125 km in 10 minutes of charging at a DC charging station, but its peak DC charging speed of 190 kW is equal to the Lyriq, and much lower than the Hummer’s and Lucid’s 350 kW advertised peak charging speed.

Cadillac clearly aims to make the most luxurious battery electric vehicle on the market, attempting Rolls-Royce levels of bespoke customization and interior quality, while creating an artistic showpiece of advanced lighting and technology inside. Canadian pricing hasn’t yet been announced for the Celestiq, but if Cadillac’s initial feedback from current Escalade V and Blackwing buyers holds, price is not a top-of-mind concern to these buyers.