Join the Conversation (0)
LOS ANGELES - Four years ago, Toyota introduced an all-wheel drive option to its highly regarded Prius hybrid fuel miser, bringing some foul-weather on-road confidence to its fuel-efficient hatchback. For the next generation Prius introduced just before the opening of the LA auto show, Toyota Canada has now made all-wheel drive standard. Available in two higher-content trims only, the new Prius will also feature more standard equipment.

This differs from the launch plan in the U.S., where the 2023 Prius will still offer front-wheel drive as well as a lower LE base model, while making AWD an option on higher trims.

The all-new and much smoother-looking Prius will be sold alongside a 2023 Prius Prime plug-in hybrid that won’t offer all-wheel drive, but promises over 60 km of all-electric range before its gas engine kicks in and acts like a regular hybrid. That’s an increase of over 50 percent compared to the current Prius Prime, which is rated at 40 km of all-electric range, and a still-super-efficient 4.3 L/100 km after its battery charge is consumed.

Granted, like the current Prius Prime PHEV, the new one’s estimated range is in ideal lab conditions. Cold temperatures, terrain and driving style will all affect this, mostly negatively.

The official range and fuel economy figures have not been released as of this writing for either the Prius Prime PHEV or the regular 2023 Prius – which is kind of like introducing an all-new Mustang without releasing horsepower and torque figures. We’ll update with these figures as soon as they’re released. 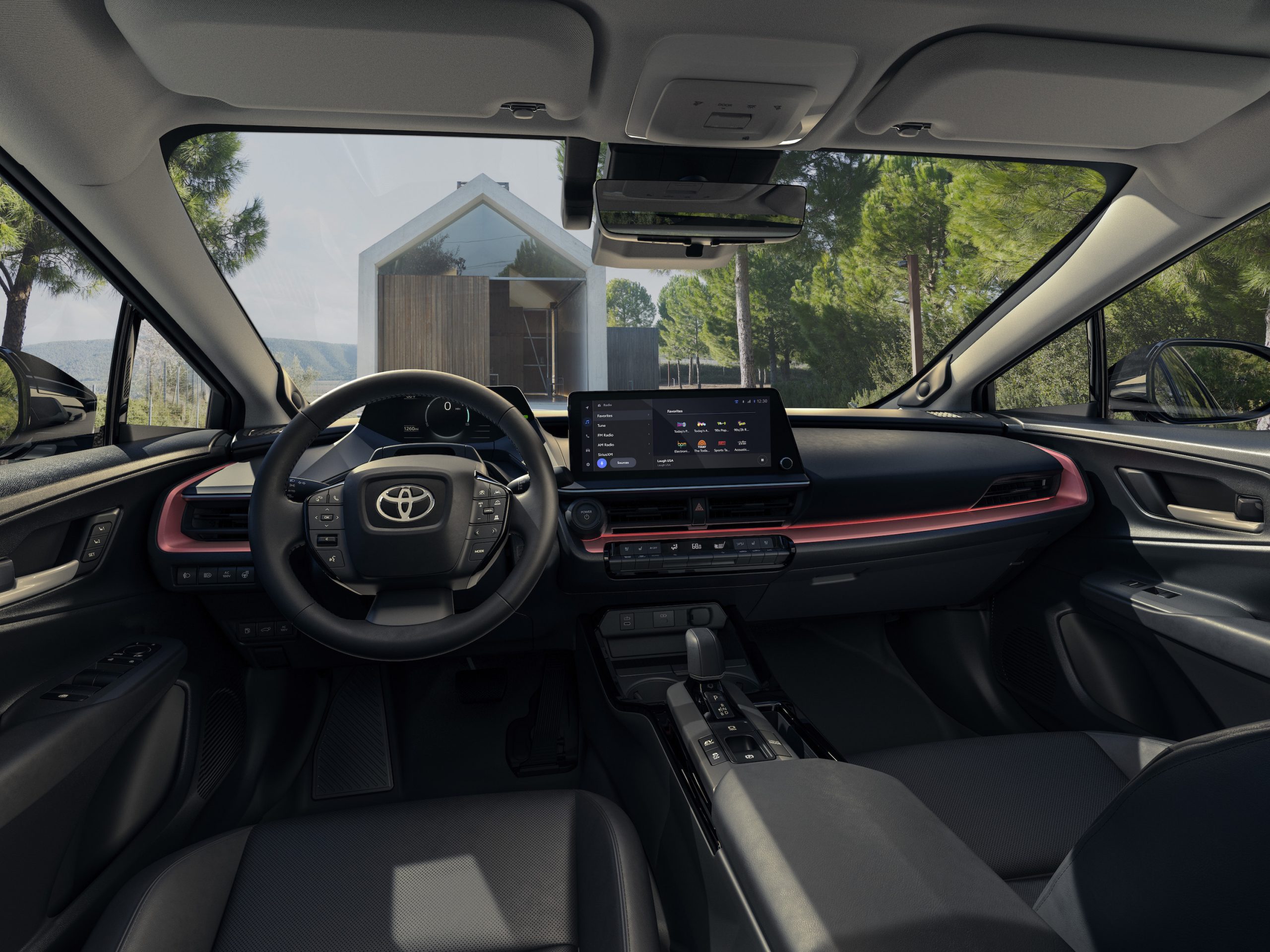 Pricing is planned to be announced later this month or next, when both models are expected to arrive in Canada. For reference, the current 2022 Prius starts at $29,350, with the all-wheel drive version coming in just over $30,000.

Given the 2023 Prius model’s standard all-wheel drive and higher equipment levels to start, this likely means the base price of the next-gen Prius will rise notably – the key question is by how much, as its affordability along with its fuel efficiency has always been a major part of its consumer appeal.

The regular Prius will be available in either XLE or Limited trims at launch, and not the lower-priced LE model that will be available right away in the U.S., which compares closer in content to the current base Prius.

The design of the latest Prius is eye-catchingly slicker and less polarizing than before, with standard 19-inch wheels and wider tires a statement of style over efficiency. Its 50mm lower roof and 20mm wider body also contributes to a sportier look, while a slightly larger 2.0-litre four-cylinder engine boosts power from the current 120 net horsepower (engine plus battery boost) to a net 196 hp.

That’s enough of a boost to give the 2023 Prius a respectable 7.2 second 0-100 km/h time, compared to an rather lethargic 10 second time of the previous model. The Prius has also replaced its nickel-metal hydride traction battery with a lighter and more modern lithium-ion battery pack. 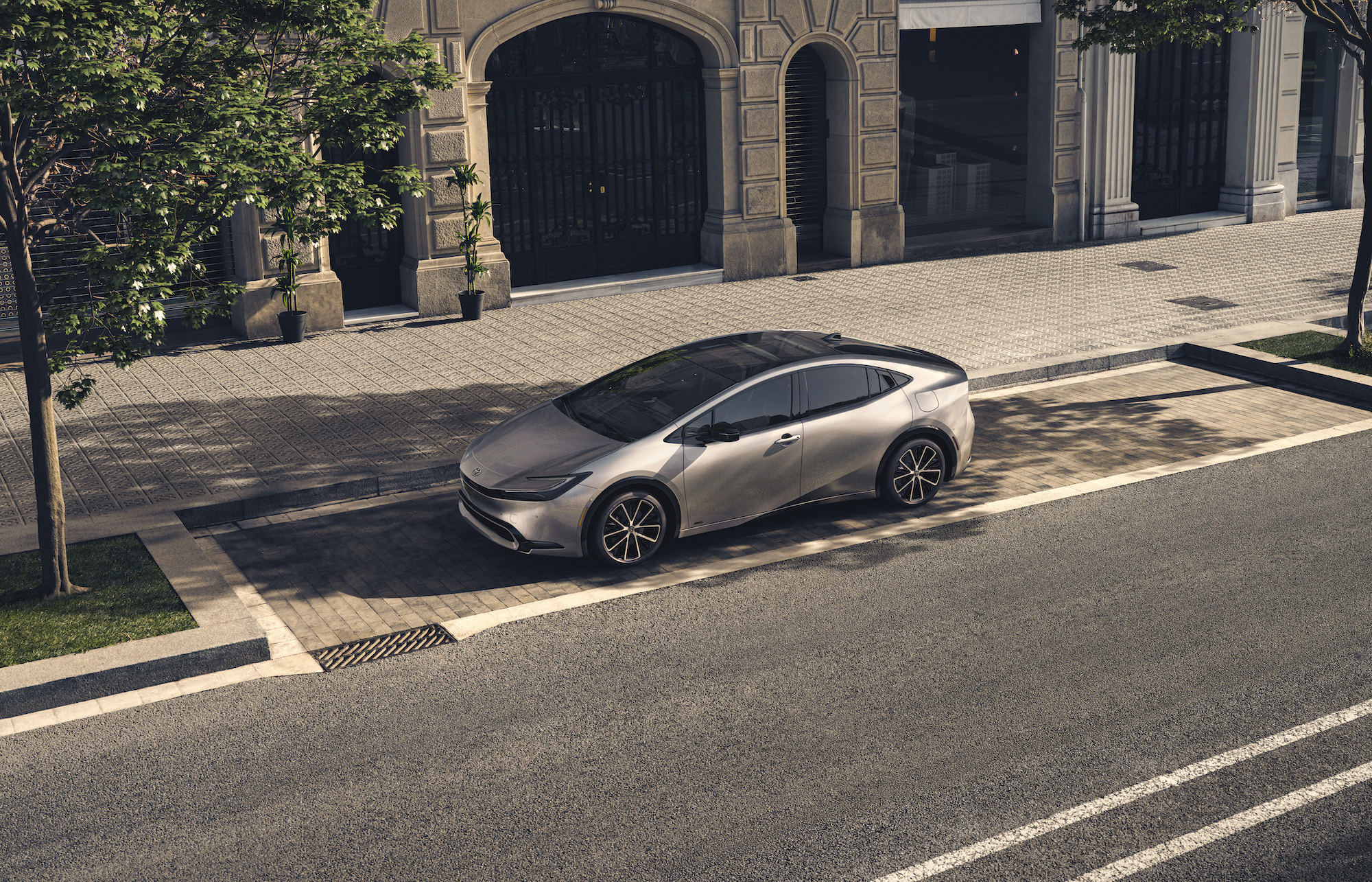 All-wheel drive for the Prius comes via a small rear permanent magnet motor driving the two rear wheels, once it notices any slippage on the fronts in turns or going uphill.

Other key new standard features for the base Prius include a heated steering wheel, those larger and wider tires, plus wireless Apple CarPlay and Android Auto.

For the Prius Prime PHEV, it will only be offered in front-wheel drive at launch, but it also benefits from a sleeker body and even more power than the regular Prius. Its similar 2.0-litre four-cylinder engine will also come with a much larger lithium-ion battery under the rear seats, plus a power increase to 220 hp, or almost 100 more than the current Prius Prime.

The base Prius Prime will come with 17-inch alloys on its base SE trim, along with heated seats and a more austere interior overall. Higher XSE and XSE Premium trims will align closer to the Prius inside.