Top-selling Lexus gets a complete redesign.

Join the Conversation (1)
After launching the all-new subcompact NX crossover in 2021 and the next gen full-size LX SUV in early 2022, Lexus has turned its attention to its North American bestseller, the mid-size RX SUV.

The fifth generation 2023 RX represents a significant departure from the current model which has been in the lineup since 2015. From a completely reimagined design to new powertrains, tech features, trims and advanced safety kit, there’s a lot to unpack here.

Before diving in, a few caveats: the reveal in Texas was static, so there are no driving impressions, and no pricing was announced.


Two things of note before going further: one, no information was revealed regarding the 450h+ and two, the three-row L model has been discontinued.

Details were shared for the gas and gas-hybrid models, however, and they are as follows:

Because the 500h F Sport Performance is a new model, Lexus shared some details regarding its powertrain and standard equipment.

The 2.4-litre turbo is paired a 6-speed automatic and a new (for Lexus) hybrid electric system that features an inverter and an electric motor that works in concert with a rear eAxle unit comprised of a high output electric motor, inverter, and reduction gearbox. 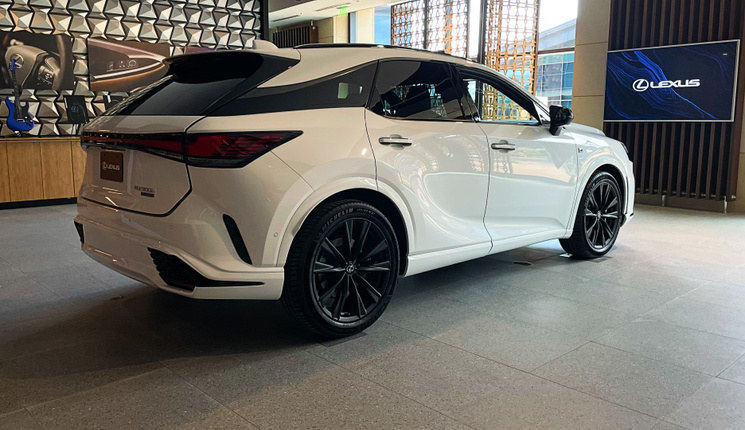 The DIRECT4 AWD system is also new, but not much was revealed about how it works just yet.

Looking at the 2023 RX line overall, the one thing that really stands out is its exterior design. Compared to the outgoing car, which Lexus was kind enough to park beside a pre-production copy of the new 500h, the ’23 has a much sleeker and bolder look.

Viewed from the front, the car now has a distinctive “nose”, with a hood that rises in the centre and redesigned LED headlights on its flanks. The signature Lexus spindle grille has been reshaped and integrated into a “spindle body design” where the grille and bodywork have a more seamless appearance.

Detailed specs have yet to be released, but Lexus did say that the new car has a lower centre of gravity than its predecessor with a 60mm longer wheelbase and a rear overhang that is 60 mm shorter. To the naked eye, the new design also appears to have a lower roofline and a wider stance.

From the rear, the RX carries forth design cues shared with its LX and NX siblings. Most noticeable to these eyes are the stretched Lexus wordmark and L-shaped taillights that run the length of the rear deck and wrap around the corners. Other exterior design highlights include standard 19-inch dark gray machined finished wheels, colour-keyed over fenders, and available 21-inch wheels.

From a chassis standpoint, the ’23 RX rides on a new GA-K platform that is shared with the Toyota Highlander and Sienna. As a result, the new car is stiffer and lighter (up to 90 kg) than the outgoing model. Lexus also claims the GA-K platform produces a more refined ride that is quieter and offers more comfort. It also introduces a new rear multi-link suspension that is attached to a rigid high-torsion body frame. The benefit, according to Lexus, is more consistent suspension travel during acceleration, deceleration, and certain steering inputs. 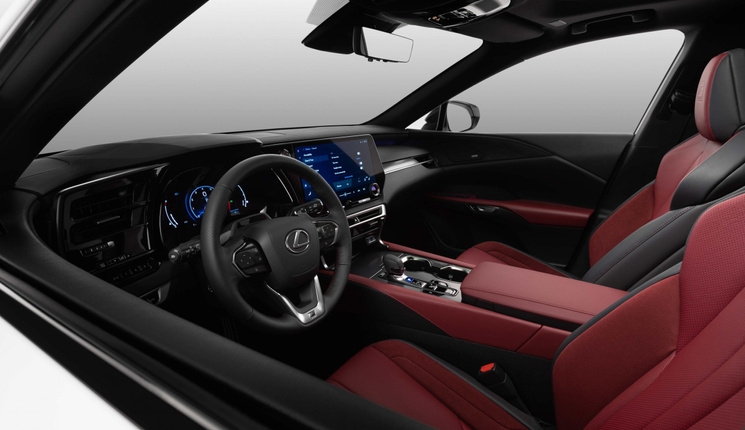 As for the cabin, the RX follows a path set forth by the new NX, with the inclusion of an e-Latch system for its doors, multi-coloured illumination accents and new door trim options. Other available features include a panoramic glass roof and head-up display. Like the NX, the ’23 RX also receives the new Lexus Interface, and it can be outfitted with an optional 14-inch multimedia touchscreen display.

The colour palette is broad both inside and out, with 10 exterior hues and six interior finishes that vary depending on grade. 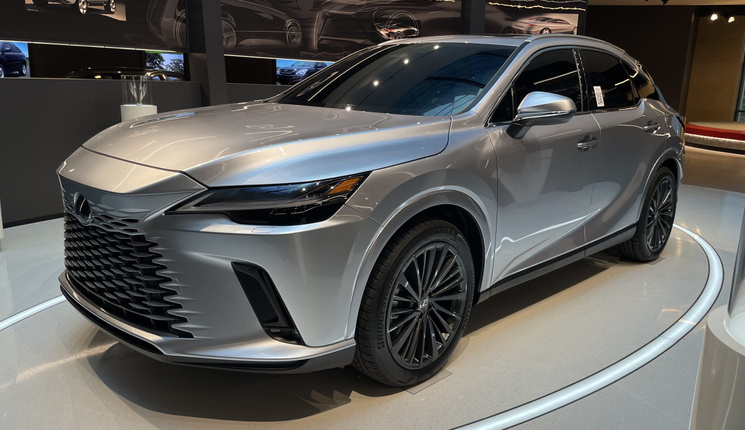 For the first time on the RX, Advanced Park is also available, which supports back-up parking and forward-facing parking, with the latter permitting forward-facing / back up exits.

As with the current car, the 2023 RX (except for the 450h+) will be built at Toyota Motor Manufacturing Canada’s Cambridge South plant in Cambridge, Ontario.