Dodge is Looking to Make a Sting in the Hot Compact Crossover Segment.

Join the Conversation (3)
This new model might be a bigger deal for Dodge than anything with a supercharged V8. It's the brand's first all-new vehicle since the 2013 Dart was revealed in early 2012. Say hello to the Dodge Hornet. A compact crossover that will offer Dodge's first-ever plug-in hybrid driveline.

The day after Dodge announced the end of the line for its V8 muscle cars, it announced its first electrified model, its first all-new vehicle for the Canadian market in a decade, and one that could well shatter the sales figures of anything to wear the badge in a long time.

The 2023 Dodge Hornet is designed to be a compact crossover that still appeals to buyers who loved Dodge's brash aggression in the Charger, Challenger, and Durango. The automaker calls it a "‘gateway’ for enthusiasts to enter the Dodge Brotherhood of Muscle." 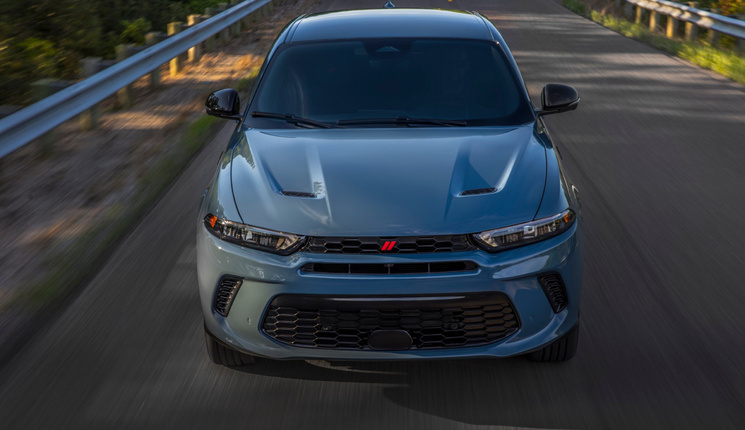 Can the Hornet deliver on that look, though? Dodge thinks it can. The base GT model gets a 2.0L turbo-four with 265 hp and 295 lb-ft of torque. With a nine-speed automatic, Dodge calls it the quickest utility vehicle for under 40 grand.

GT will get performance goodies we don't usually expect in this class, like Koni performance shocks, dual stage shock valving, torque vectoring AWD, and an electronic limited-slip differential. GT will get Dodge's good screens, too, including a 12.3-inch digital dash and 10.25-inch center screen with UConnect 5.

Hornet R/T is the PHEV model, with a 15.5 kWh lithium-ion battery that can deliver an estimated 50 km of range. The gas engine is a 1.3L turbo-four and together the two deliver 285 hp and 383 lb-ft of torque. 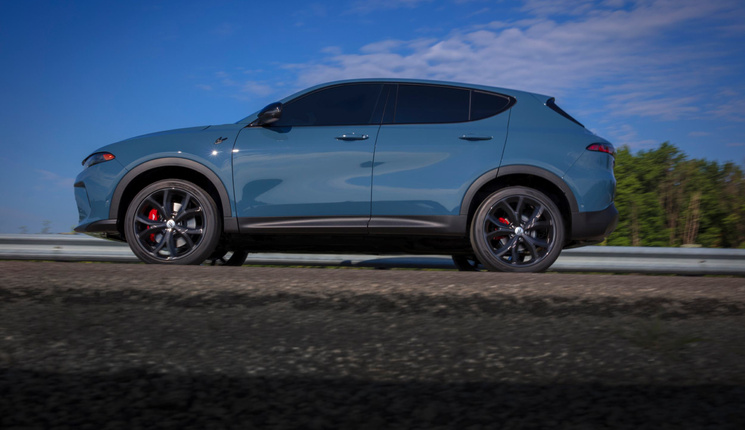 A sport mode called PowerShot delivers 25 more horses for 15 seconds. It cuts a full second off the run to 100 km/h and can be repeated after a 15-second cooldown. The PHEV will have hybrid, electric, and battery-saving modes. Recharging takes as little as 2.5 hours on a Level 2 plug.

Other performance parts on R/T include fixed four-piston Brembo brake calipers. They're the only such brakes in the segment, Dodge says, and they'll be an option on GT. With 18-inch tires fitted, Dodge claims an impressive 0.9g cornering performance.

Dodge will be offering a Track Pack upgrade for both Hornet models. Included are 20-inch wheels and Alcantara sports seats, as well as a flat-bottom steering wheel.

A GLH Concept was introduced at Dodge's reveal, a nod to that pack on the 1980s turbocharged Omni. Here it's set to be a post-sale add-on through Dodge's Direct Connection performance parts arm, but it would include suspension lowering, louder exhaust, and a "stage kit that offers stackable performance upgrades."

Back to what buyers are likely to actually care about, comfort and tech features. The UConnect 5 system comes with wireless Android Auto and Apple CarPlay. It can also connect two devices at once through Bluetooth. Optional equipment will include a 465-watt Harmon Kardon audio system, and every Hornet will get passive keyless entry and rain-sensing wipers. 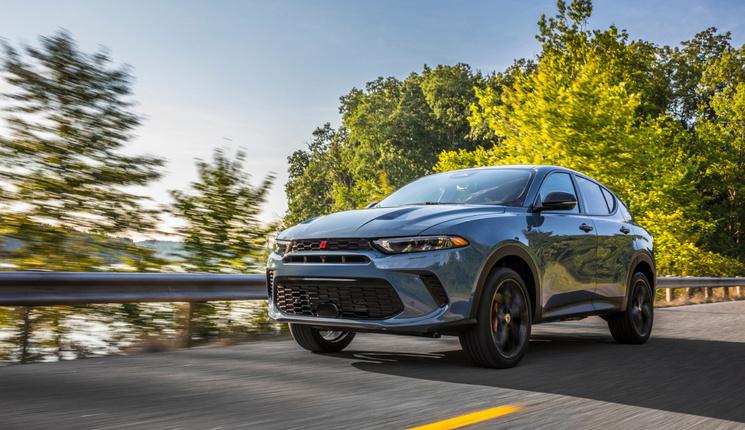 Production of the 2023 Hornet starts later this year, with GT models expected in showrooms before the new year. R/T models will come a bit later, expected at dealers in the spring.