Both extremes of the Nissan SUV line-up are due for a refresh in 2021, including the Armada at the largest end of the spectrum.

For its part, an updated grille design means the Armada will become the first Nissan product to wear the brand’s updated logo design. The front end now also features new LED headlights, a tweaked hood and fender, new LED fog lights, and a new wheel design with sizing available up to 22 inches. The taillights have also been updated with LEDs. In the interior, eight seats are standard with a seven-seat configuration with a second-row centre console is available as an add-on to the Platinum grade, and quilted leather is now available on the latter in four colour options: charcoal, almond, brown, and black. A large centre console in the front row can be opened by either front or second-row passengers and houses a power outlet.

On top of a redesigned centre stack, a new high-resolution 12.3-inch display screen is standard, which Nissan says is the largest in the Armada’s class. Wireless Apple CarPlay and wired Android Auto functionality are also standard along with a wireless phone charging pad and over-the-air updates. Between the gauges, a four-inch black-and-white display has been replaced with a standard seven-inch information display in full colour. WiFi hotspot capability and an around-view monitor are standard, and two USB ports are integrated, one USB-A and one USB-C for each of the first and second rows. 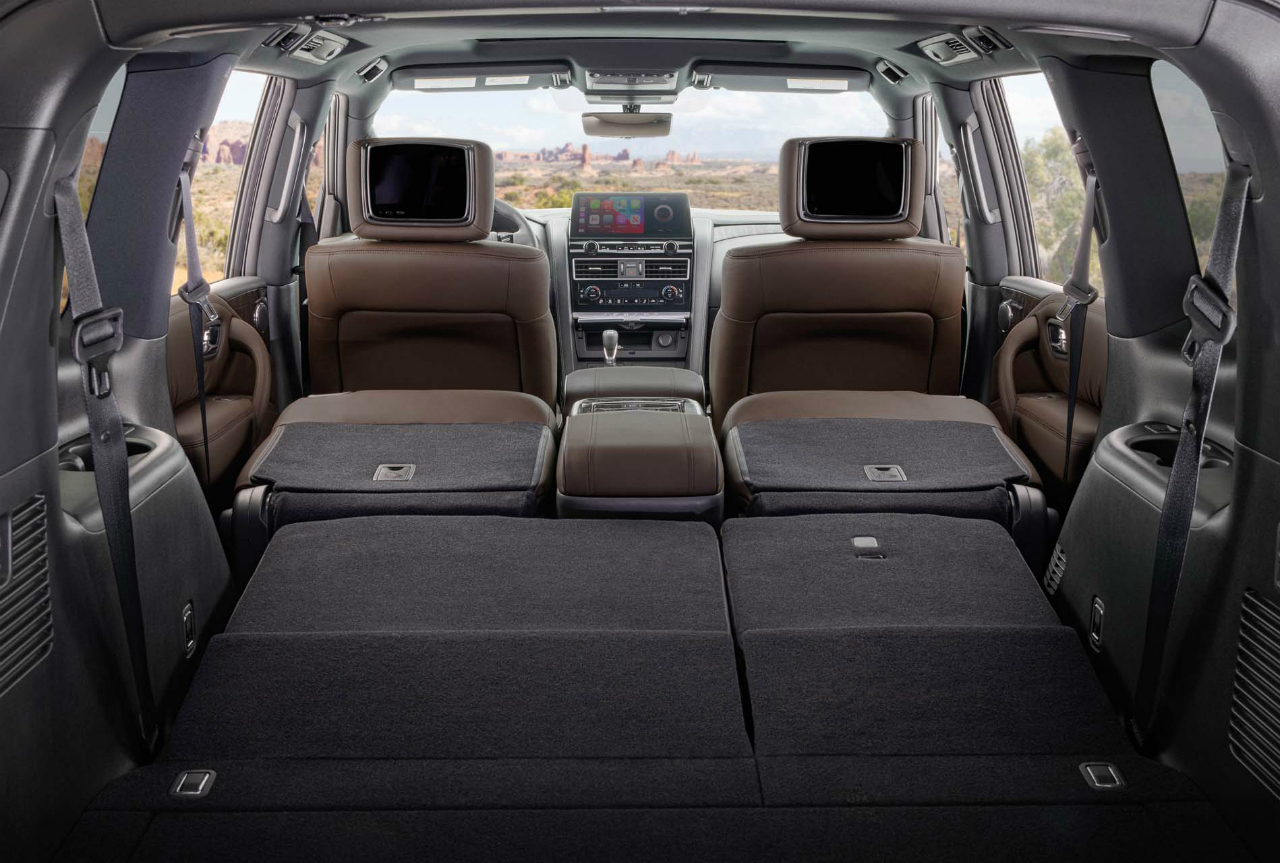 The powertrain carries over from the 2020 Armada, a 5.6-litre naturally aspirated V8 making 400 hp and 413 lb-ft of torque when filled with premium fuel, paired with a seven-speed automatic transmission. In Canada, Armada is available only as four-wheel drive. Its standard 8,500 lbs. maximum towing capacity is best-in-class, and the 2021 model includes new towing features in a trailer brake controller and trailer sway control.

Packaging remains similar to the outgoing model with SL and Platinum grades, the latter being available with a captain’s chairs add-on. The 2021 Armada goes on sale in January, and pricing will be announced closer to its launch.