Ford announced a while back that it would be producing a Gulf Oil-livery Heritage Edition of the GT Supercar for 2019. Now the motor company has announced that it will be auctioning the car with the proceeds to go to charity.

The blue and orange colours of Gulf Oil are one of the most recognized liveries in all of motorsports. While today it’s just another offshoot of the Chevron Corporation, in the 1960s they put their name on some of the most successful sports cars of the decade.

One of those cars, or more accurately some of those cars were Ford GT40. Among those was the Mark 1 GT40 that won the 24 hours of LeMans back to back in 1968 and 1969. Since 2019 marked the 50th anniversary of that win, and because the paint job looks amazing, Ford wanted to offer it on the modern GT.

“The 2019 Ford GT Heritage Edition instantly became one of the most anticipated cars in the world with its famous paint scheme,” said Joe Hinrichs, Ford’s president, Global Operations.

As has become a bit of a tradition for automakers of late, the very first one, VIN 001, is set to be auctioned off for charity.

“This car’s amazing history should help the United Way for Southeastern Michigan raise a lot of money to advance their mission of helping make lives better in our communities,” said Hinrichs.

The car will be put on the block at the 48th Annual Barrett-Jackson Collector Car Auction, January 19th next year in Scottsdale, AZ.

The 2019 Ford GT Heritage Edition comes with that iconic blue and orange paint, but there are more details to the car. Outside, it also features bare carbon A-pillars. Plus there are 20-inch wheels in black with matching lug nuts. Behind those wheels are body-matching orange callipers. The No. 9 graphics on the hood and doors are the number worn by the car when it took the chequers in 1968. Though it wore number six the following year.

Those roundels are echoed on the interior door panels, and the interior is wrapped in ebony Alcantara. Blue and orange contrast stitching calls to the exterior paint, and the seats have a new embossing inspired by the racer. High-gloss stainless steel trim and clear anodized shift paddles round out the interior modifications. 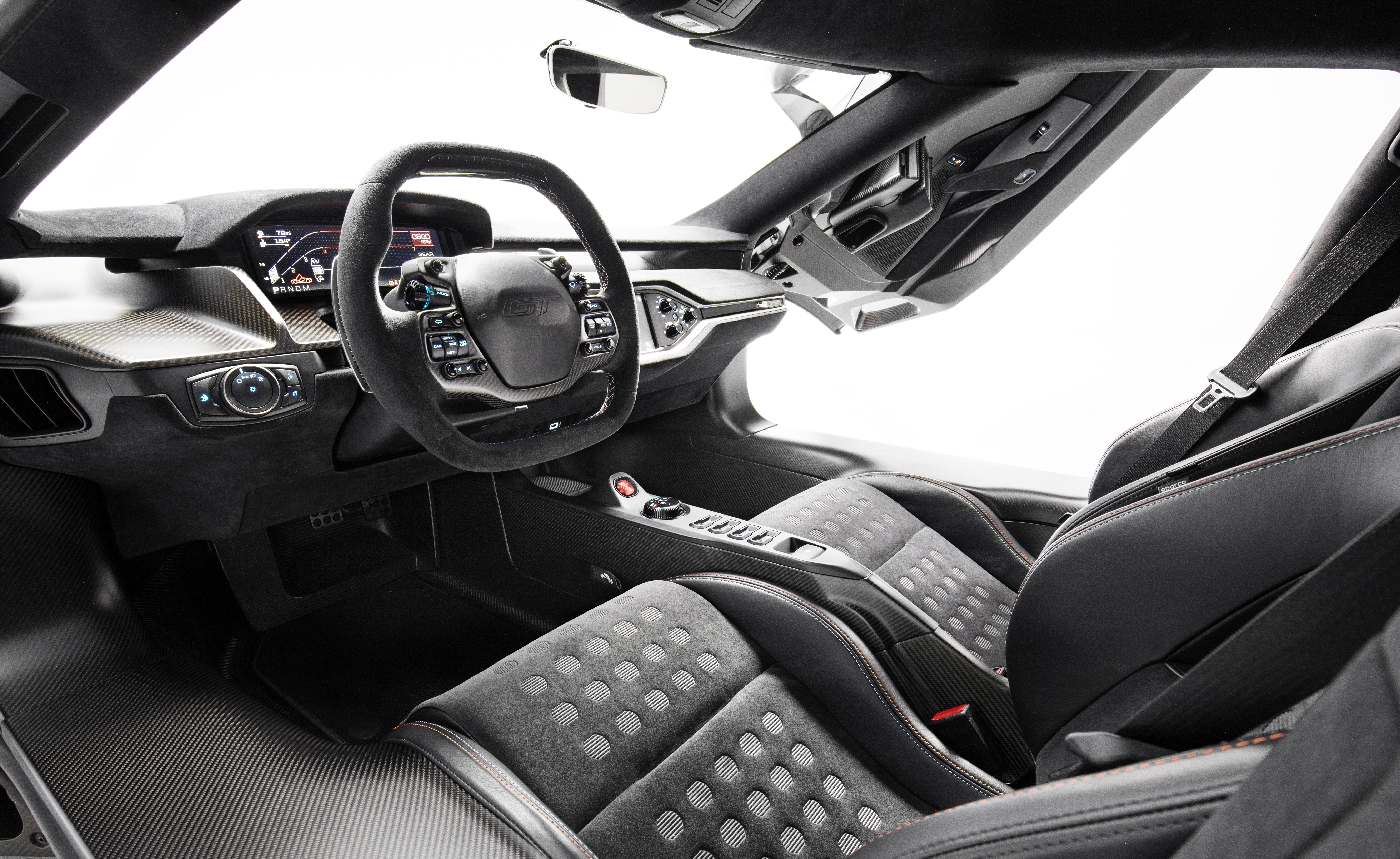