S7 put the U.S. on par with Italian legends

In the streets of Italy, the legend of Enzo Ferrari can be seen driving around. Lamborghini, Pagani and Maserati are all there as well. Saleen? No.

But with the S7 supercar, the legends got a little company. The United States and Italy might be thousands of kilometres and an ocean apart, but the S7 and the Italian legends are all created in the universal language of horsepower, lateral acceleration and eyeball-flattening speed.

What boss Steve Saleen was up to in his unassuming, reserved shop in Southern California was hatching out a little mid-engine magic, minus all that Italian exotic-car tradition.

“Are we going after the Italians? No. We’re just going after pure performance,” Saleen once said.

Introduced to the world in August 2000 at the Monterey Historic Races in California, the S7 began as a blank-sheet-of-paper project that was completed in 18 months. For Saleen, it was a lifelong dream that came alive with up to 750 twin-turbocharged horsepower beneath its rippling carbon-fibre skin. 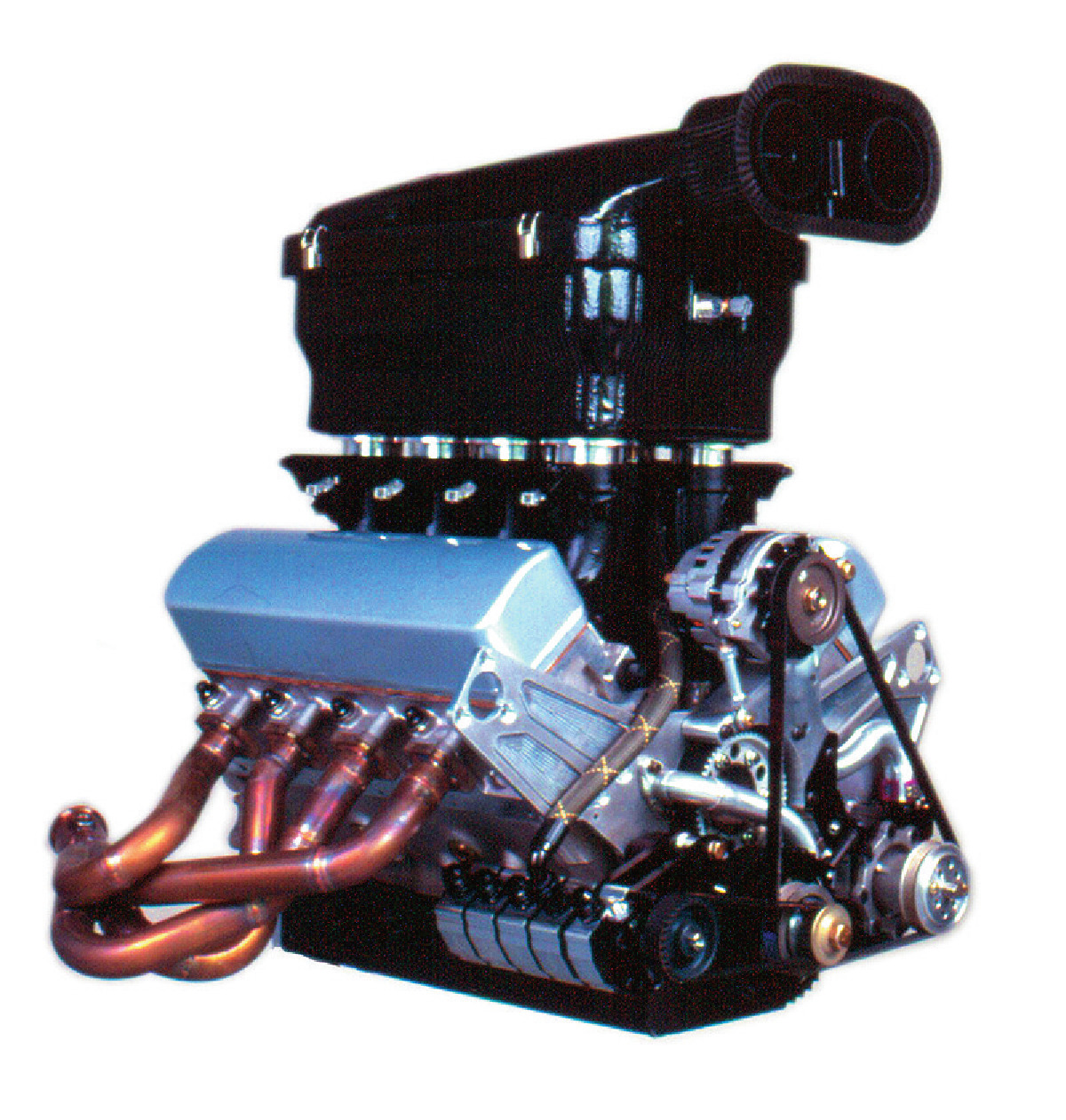 It was a hand-built supercar from one of the most unlikely places in the world – big-business, bottom-line America. But Saleen did it his way.

“The S7 is what we wanted it to be: small-volume manufacturing with the best elements sourced from suppliers that are considered the best in their field.”

Designed to beat the best sports cars in the world flat out, the S7 was the union of design and engineering, with Saleen’s own personal flair thrown in for good measure.

He crossed the globe looking for his world-beater and found it in places such as the University of Glasgow’s wind tunnels, the chassis expertise of Great Britain’s Ray Mallock racing house, and the final assembly in California.

It was just the kind of concept-to-production turnaround that larger auto manufacturers crave but can hardly achieve. The S7 also proved that Saleen was much more than a guy who up to that time was best known for modifying Ford Mustangs. He was out to create his own car.

Saleen received specialty vehicle manufacturer status from the U.S. Government, which meant the company fell under the same umbrella as other global auto manufacturers. And that means it’s never easy. “But we’ve been at this sort of thing before,” he said at the time. “It’s not like this project started from scratch.”

Dramatically styled, the tallest point of the S7 was just 41 inches off the ground, two inches lower than a Lamborghini Diablo of the day, but the S7 was nearly a foot longer. The real visual drama was in the gills; 60 slits carved across the body of the S7 that Saleen said, “are all important to the function of the vehicle.” 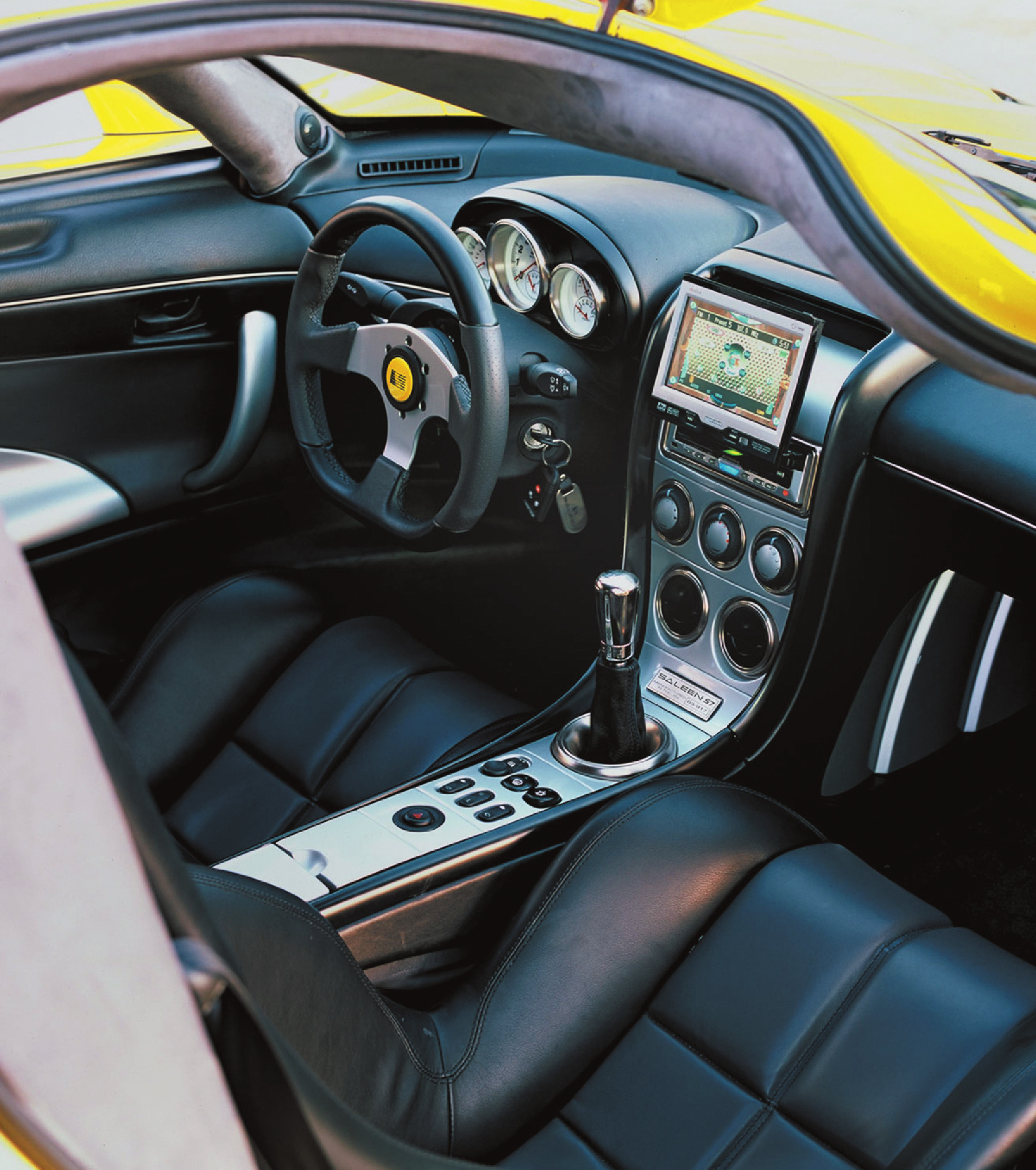 So was the gusto behind the gas pedal. To be a true racer, Saleen said “performance must be the only factor,” and the S7 was a performer. While the “S” stood for Saleen, the “7” was for the displacement of the base 550-horsepower V-8: seven litres or 427 cubic inches. Adding two turbochargers and the supporting hardware for 2005 bumped the number to 750. Saleen called the S7 the “American Experience.” The competition might have called it an honest-to-goodness threat.

Its space-frame chassis, with aluminum honeycomb everywhere, saved weight and added structural strength for a racing-like feel. The track version, called the S7R, proved itself on the international motorsports stage, having won numerous championships around the world.

The S7 was all about technology, through exotic metals such as titanium and magnesium. It breathed style with a steering wheel that detached just as they do in race cars, a hidden button that fired the engine, and “scissor” doors that moved up and away from the body when they were opened.

“When seen in person, it has an amazing overall presence.”

Starting at more than US $400,000, it didn’t exactly fall into the realm of affordability. It’s as if the Saleen company motto, “power in the hands of a few,” was specifically written for the S7: the American supercar.

And when was the last time you could say that on the streets of Modena? Of course, you didn’t have to. Just mash the gas and the S7 did all the talking.