Finally, We Have Details on The Manual Toyota GR Supra

A BMW-sourced six-speed ZF transmission will be available in the Supra 3.0 this year.

Join the Conversation (0)
When I road tested the latest GR Supra 3.0 back in the fall, I really only had one complaint.

It wasn’t its lack of merit as a sports car. The GR Supra is fast, fun, capable and it makes some great noises.

It wasn't the BMW connection, either. The B58 inline-six engine so closely mimics the 2JZ from both a technical and driving feel standpoint that until you’ve actually driven one, you simply can’t understand just how little point there was in Toyota spending tens of millions of dollars to develop their own engine from scratch.

But there is one thing that has always gotten under my skin about the GR Supra.

I’ve tested three separate GR Supras at this point, and each time when I’ve stepped into their X-Wing fighter-like cockpit, instinct has told me to immediately look for a clutch pedal. Of course, I’ve always found nothing where a third pedal should be … except disappointment.

The driver’s seat of the GR Supra is so focused and purposeful, it actually feels strange to be missing that most demanding of driver engagement points — the manual transmission.

Mercifully and finally the GR Supra 3.0 will receive a proper manual transmission for the 2023 model year. One can’t help but wonder if this a direct result of the new Nissan Z so loudly boasting its available manual transmission in Nissan’s initial marketing blitz. It’s possible. But Toyota claims the addition of the manual is based on customer feedback dating as far back as the GR Supra’s launch. 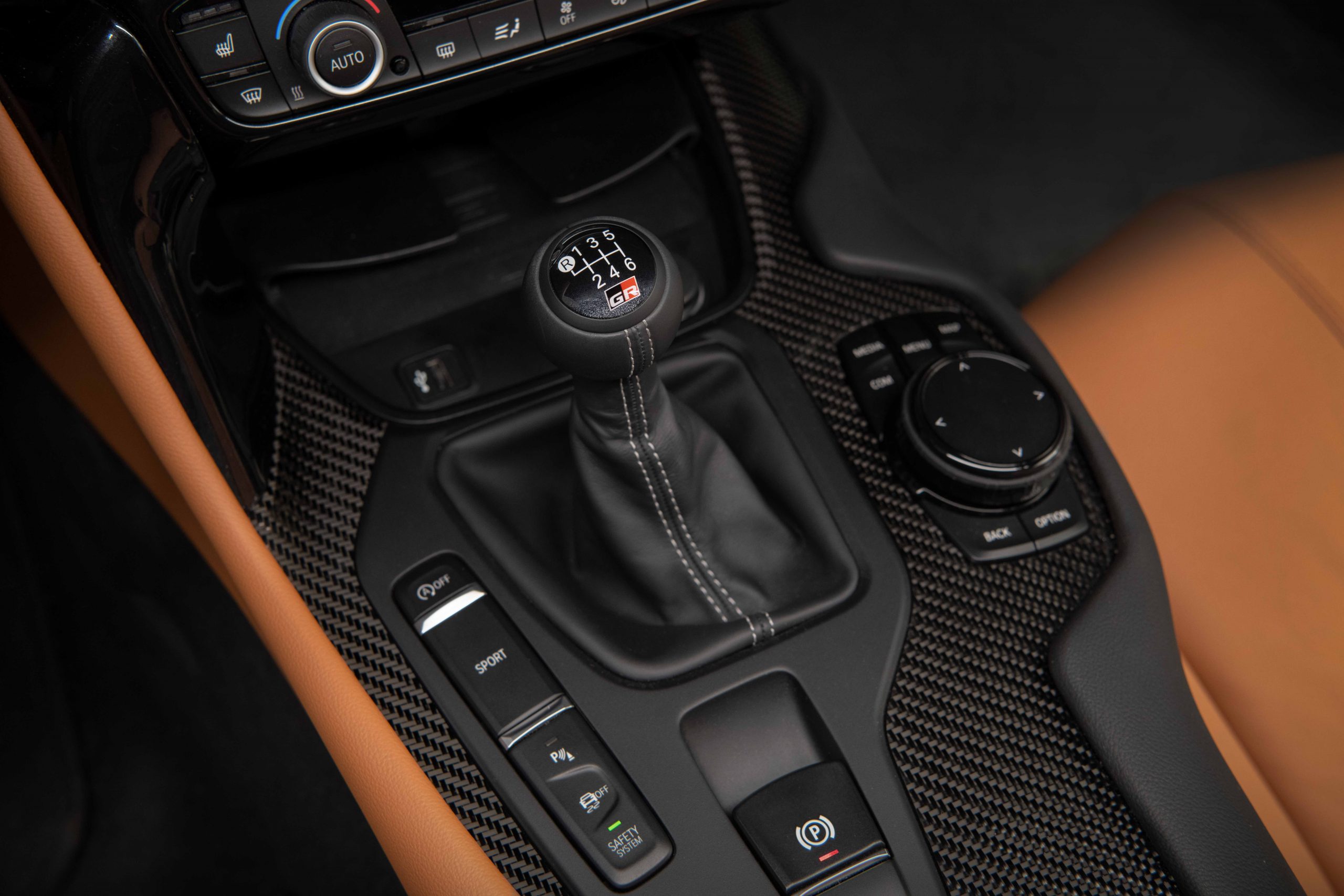 “Since its launch in 2019, we have received positive feedback from our customers about the Supra’s powerful driving performance, fun and comfortable handling, and attractive, true sports car design. But we have also received many requests for a manual transmission,” Romaric Lartilleux, manager, public relations for Toyota Canada told wheels.ca via email.

Unsurprisingly, the manual transmission in question will be a BMW-sourced ZF unit. To be specific, it’s the unit which is currently available in the four-cylinder version of the BMW Z4. However, like everything else on the Supra, Toyota will be making their own engineering tweaks to the hardware.

“Our engineers were able to modify existing transmission housing, driveshaft and gear set and remove elements that were not required, such as the acoustic package to create a tailor-made solution for the GR Supra,” says Lartilleux

Those are interesting clues to how Toyota is approaching their manual experience differently from BMW. Removing the acoustic package, for example, may suggest more mechanical noise communicated to the driver (oh, the sweet sounds of gears gnashing and selectors clunking).

Changing the transmission housing and driveshaft may be for the purposes of weight reduction — as well as to reduce rotating mass. This combined with a different gear set could indicate that Toyota wants their manual to be snappier and more involved than the Z4, with the need to shift more frequently like the Supra’s little brother, the GR 86. 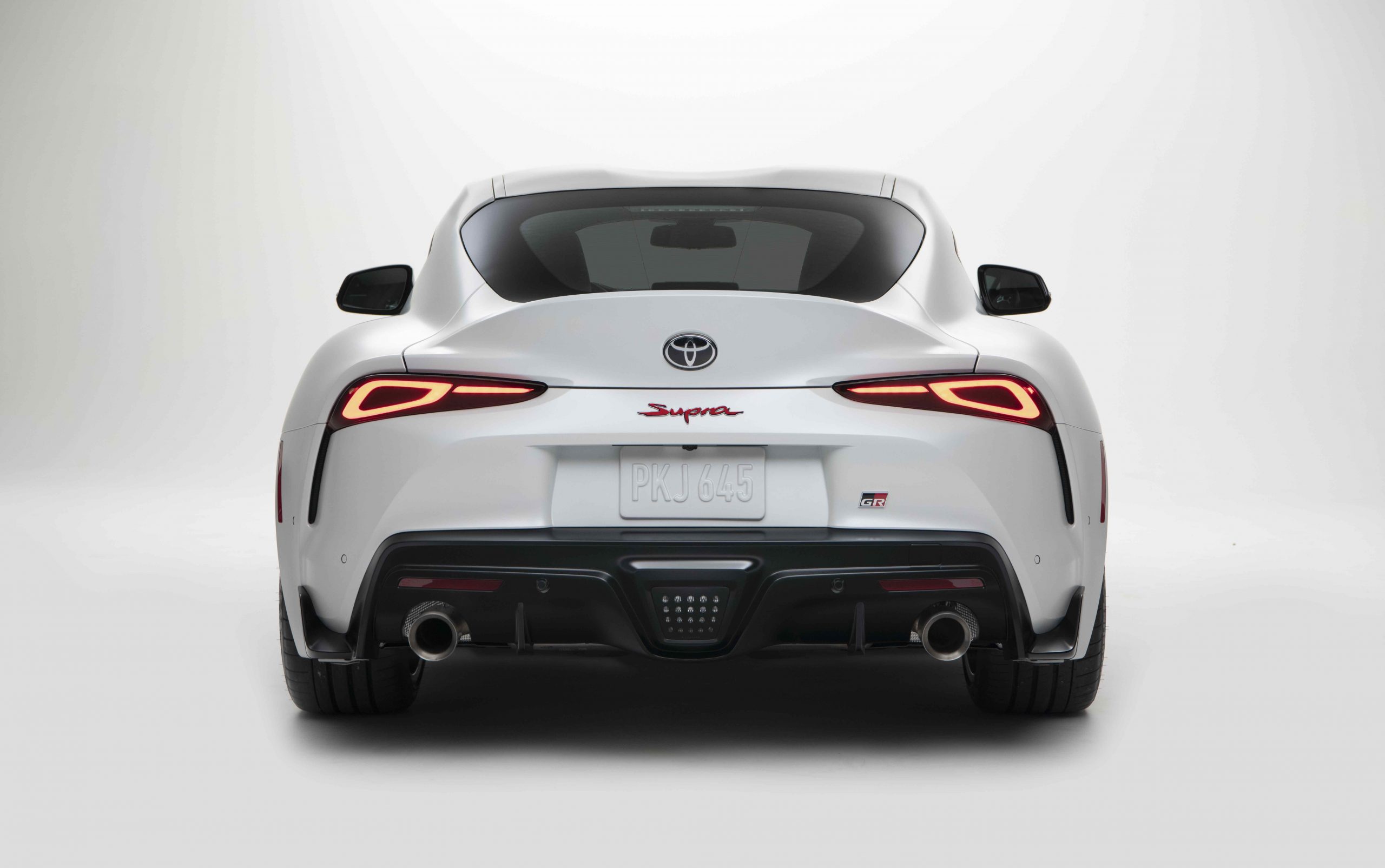 This would be a huge benefit to the GR Supra’s overall driving experience. So many modern manual transmissions — particularly in high horsepower cars — simply aren’t much fun to drive because once you get hit third gear… you’re shattering the speed limit.

A shorter final-drive ratio (3.46 versus 3.15 for the automatic) in addition to recalibrated traction and stability-control programming indicate a more purposeful approach to the manual variant (i.e. track work).  The manual Supra will also have a more unique interior thanks to a rearranged center console, which shuffles a few elements around in order to accommodate the manual shifter.

Interestingly, BMW does not currently offer a manual transmission for any vehicle equipped with the B58 inline-six (perhaps why it was so difficult for Toyota to offer this option previously), meaning the GR Supra will be the only game in town if you want the ‘snap-crackle-pop’ of B58 turbo runoff and a clutch pedal.

The manual transmission option will only be available on the 3.0 and 3.0 Premium models. Additionally, this year’s “special Supra” will be a manual-only trim level, dubbed the A91-MT.

Only 500 units of the A91-MTwill be offered in the U.S. —and Canada will get only 50. So, expect high demand for these limited edition units.

The A91-MT will be available in either matte white or grey, with a unique brown leather interior which is not currently available on any other Supra trim level. Additional upgrades include an Alcantara shift knob, red brake calipers, badging and strut tower braces, and 19-inch wheels.

For 2023, across the entire Supra lineup, Toyota has revised the tuning of the shocks and power steering system. A new feature that Toyota calls Hairpin+ is apparently meant for steep uphill hairpin turns — and allows for a greater difference in wheelspin between the left and right rear tires.

Translation? The current Supra’s ass-end can kick out more aggressively than a background dancer in a rap video. The car can, at times, feel untamable and unpredictable around tight turns. The 2023 updates should theoretically limit the Supra’s tendency for “snap-off” oversteer.

So, will all of these updates in addition to the manual transmission make the GR Supra a clear winner over the Nissan Z?

Toyota and Nissan will just have to each lend me a tester for a week and wait for my verdict.

I’m sorry folks, but there is simply no other way…

The pedantic and subjective opinions of this self-important auto-journalist aside, I find it difficult to believe anyone who places an order for a manual Supra will be disappointed.

And if you really want one of those 50 A91-MT units, you had better hurry.