The screen icon will be sold at the Barrett Jackson Auction in Scottsdale this weekend.

A great car transcends the steel and bolts holding it together. They’re more of an idea or feeling than they are a hunk of mechanisms fitted together for transport.

Movie cars are the pinnacle of that expression. They are totems, representing a theme and a sense of protagonism. They embody the spirit of the fictional characters in our collective psyche.

Unlike other movie props, you can actually use movie cars. You can do (some) of what the character does in the movie. Luke Skywalker’s lightsaber? It’s just some old camera equipment stuck together. Steve McQueen’s Bullitt Mustang exists.

So when you learn that the 250 GT California used in Ferris Bueller’s Day Off is a replica that’s actually powered by a 427 cubic-inch V-8 with a four-barrel carburetor instead of the Columbo V-12… does that really affect how badly you want to own it? 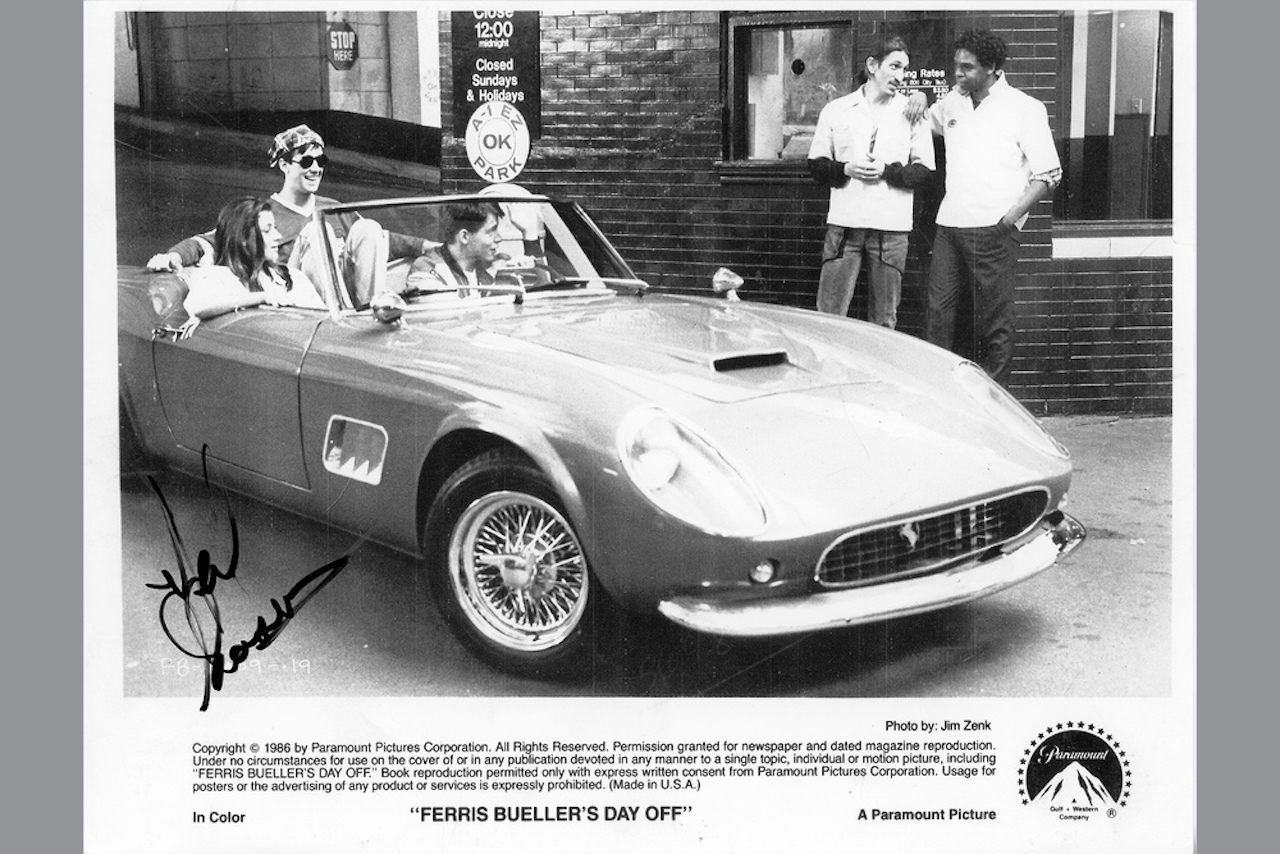 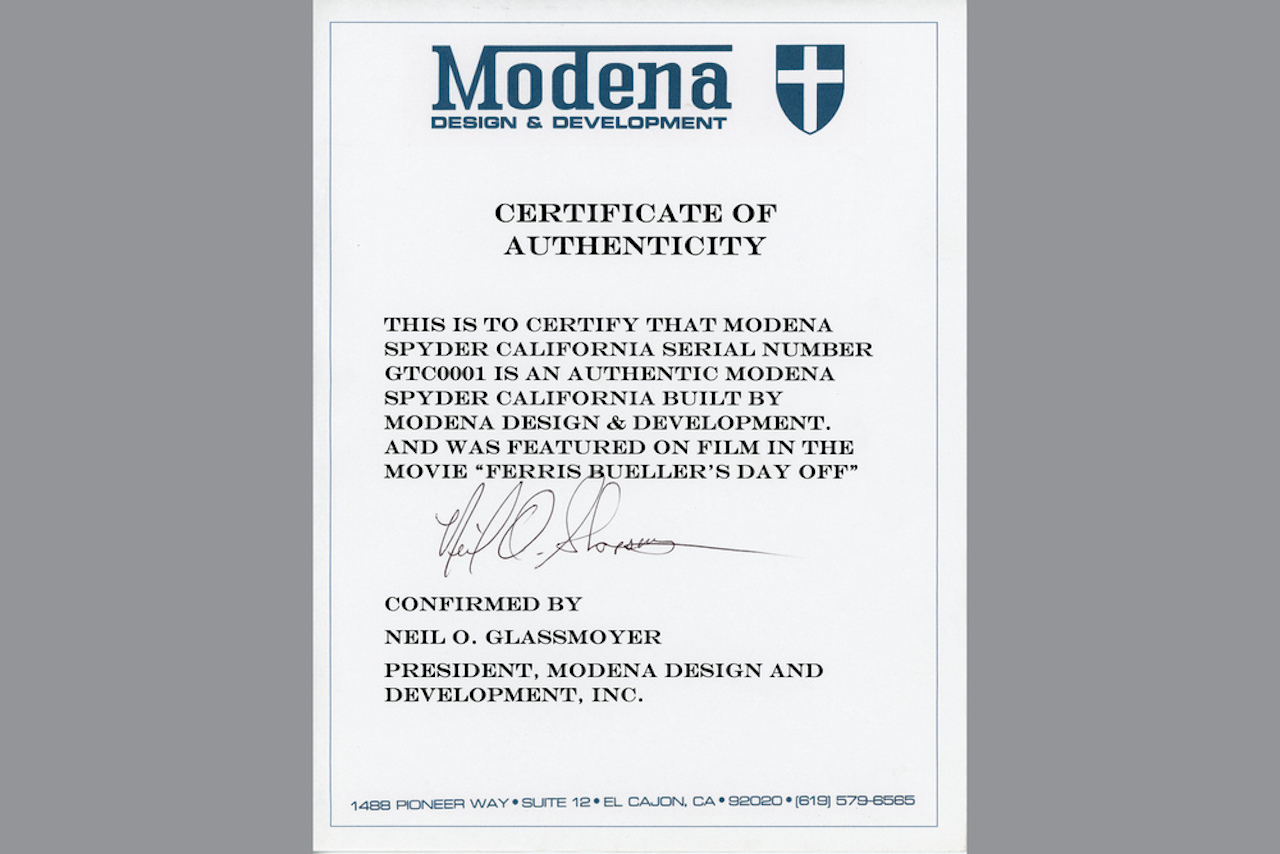 A real 250 GT California was used for the close-up “hero” shots. But this isn’t that car. Trashing a real $11-million Ferrari was, understandably, not in the budget.

Modena Design and Development was tasked with building three replica cars that could be used and abused for the film’s production. The car currently up for sale is car number one (NOT the car that was crashed in the infamous odometer rollback scene).

Barrett-Jackson claims that this car has gone through a full body-off restoration, completely by none other than Modena Design founder Neil Glassmoyer.

Attached to the 427 V-8 is a TKO 500 five-speed manual and a limited-slip differential. Handling wise, the GT has been upgraded with QA1 adjustable coilovers and independent suspension. The tub has also been upgraded with carbon fiber panels for weight reduction. Definitely not a stock option for 1963. 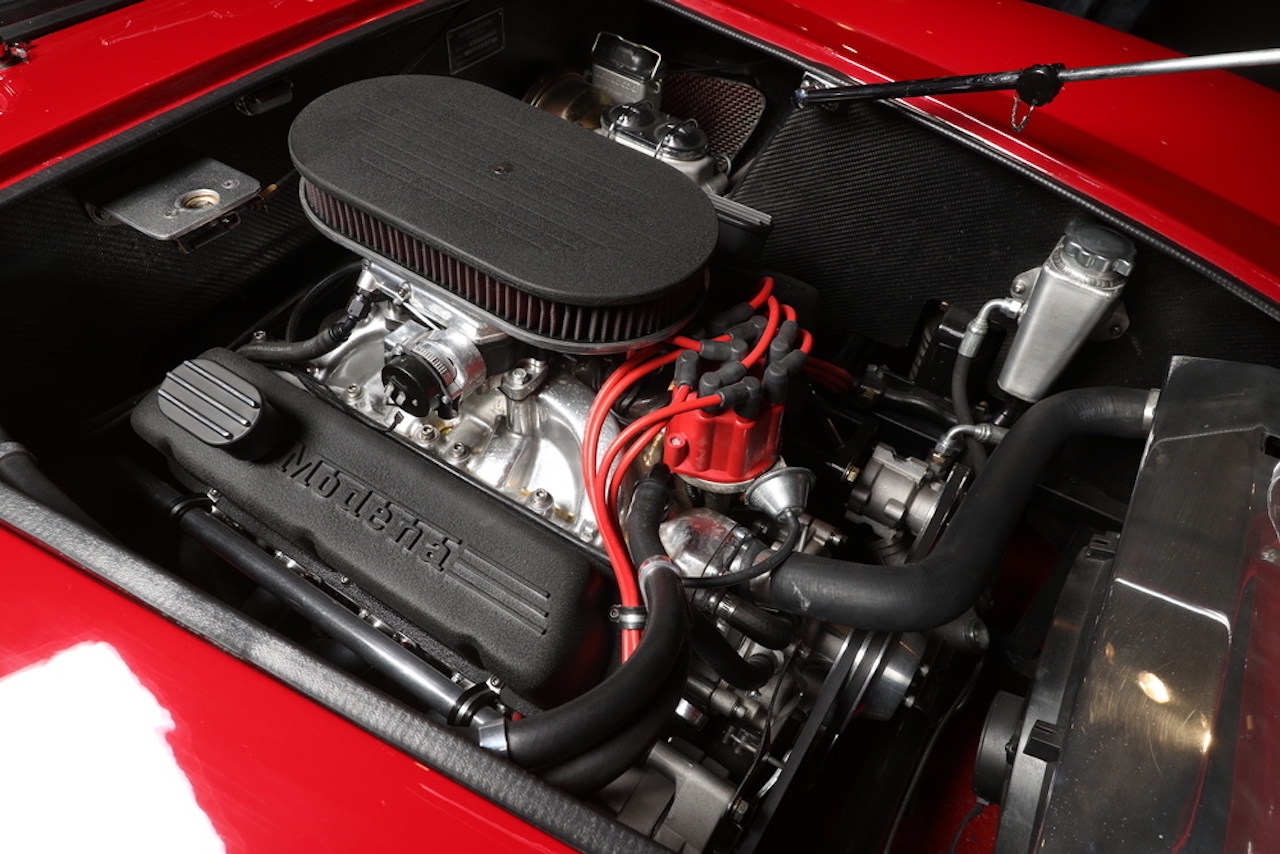 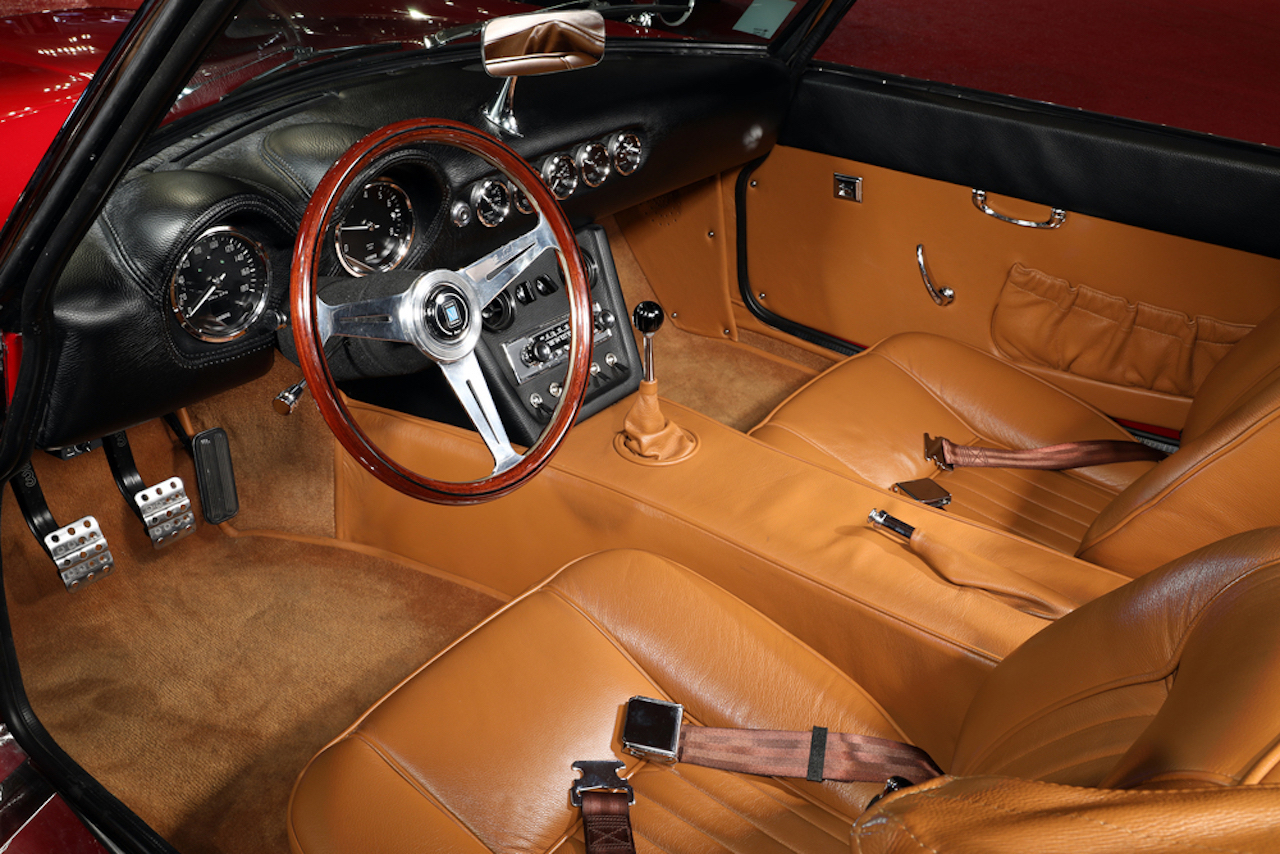 Other modern upgrades include a retrosound radio with Bluetooth and a 14-speaker sound system powered by two Blaupunkt amplifiers.

The car comes with a ton of authentication, including signed build photos and a certificate of authenticity from Modena Design and Development.

The car will be put up for sale tomorrow, January 18 at Barret-Jackson’s Scottsdale auction at no reserve.

The last Ferris Bueller’s Day Off Ferrari sold for $407,000 in 2018, but wasn’t actually a screen-used car, unlike the one currently for sale. Expect the price to go up significantly as a result. 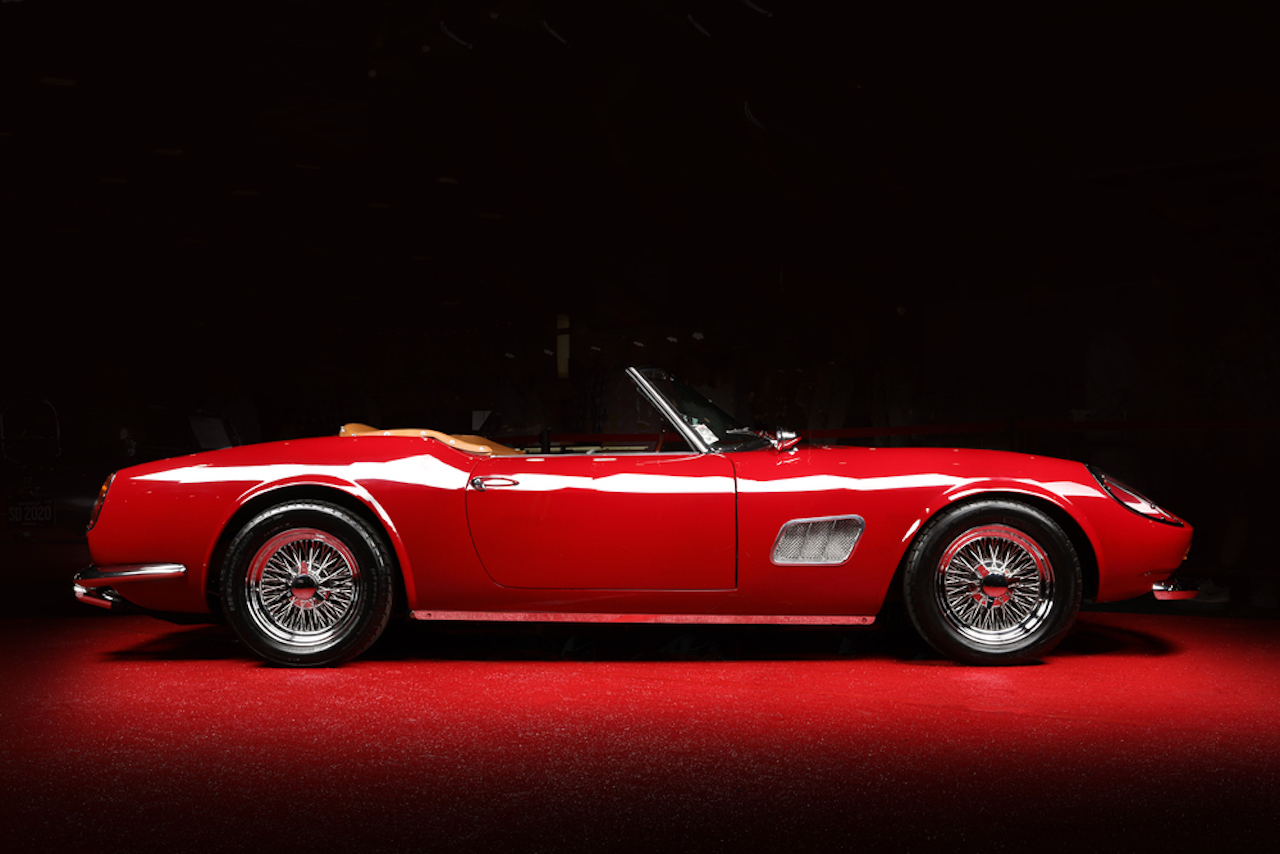