Ferrari Purosangue: The First Crossover With a Prancing Horse

Ferrari’s new crossover is like no other before it.

Join the Conversation (0)
Ferrari has just launched its first four-door. It's called the Purosangue, and we're having a hard time calling this V12 beast a crossover. Which is for the best, because Ferrari really doesn't want us to.

It's not the first time Ferrari has done a four-seater. That layout has a long history with the brand, including some absolute icons. This, though, is the first time that the back seats are what we'd call usable. And that's why they have their own rear-hinged doors for access.

It looks a lot like Ferrari's FF 2+2, but taller. With a nose taken from the Monza SP1/2 one-off cars Ferrari's special project division took on. Like the Monzas, it has a front-hinged hood to give access to that long and large V12. 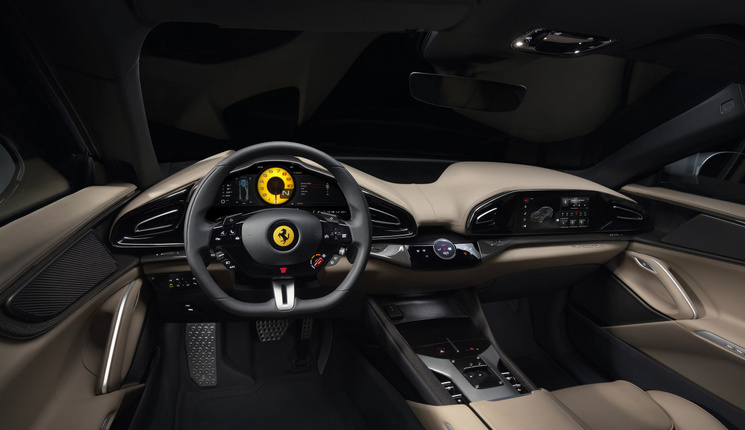 The V12 is Ferrari's classic 6.5L unit. Naturally aspirated and tweaked for more torque, the Purosangue makes 715 hp and 528 lb-ft of torque. The engine revs to 8,250 so that you can really hear it scream, and has a dry sump helping to ensure that this Ferrari is as capable on the racetrack as any other.

Ferrari has fitted it with four-wheel drive, with a front-mount power transfer unit taking the torque that flows through the new eight-speed dual-clutch transmission. The gearbox is mounted in the rear. Combined with the engine set well back in the bay, it helps give the Purosangue a 49:51 weight balance.

Purosangue gets an all-new chassis. The bodyshell offers the biggest trunk ever found in a Ferrari, with rear seats that fold flat to make it even bigger. The new shell also let Ferrari mount the rear-hinge doors (they call them Welcome Doors), though there is still a B-Pillar so it's not a completely open cabin. Ferrari has fitted a full carbon-fibre roof, though buyers can pick an electro-dimming glass panel instead if they'd like. 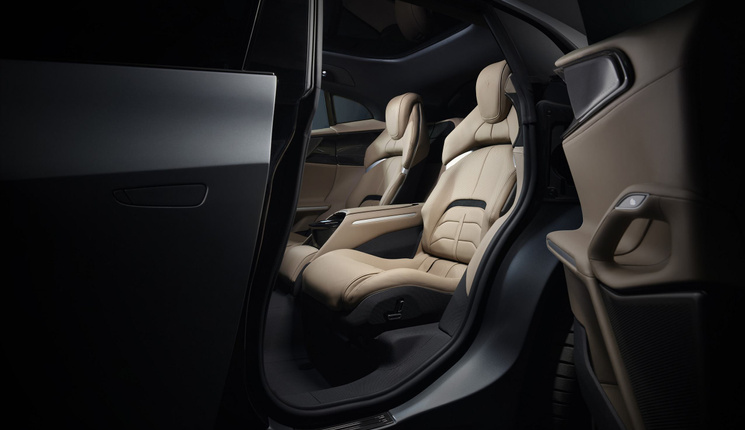 True Active Spool Valve shocks from Multimatic keep the Purosangue planted. These new units use the Ferrari's 48V electrical system and can adjust continuously on the road. Ferrari says that the design has "more force authority" than other adaptive systems. It can even lower the roll centre of the vehicle by up to 10 mm while on the move.

Ferrari's ABS control system, a newer design that launched on the 296 GTB, has also been tweaked for this new vehicle type. It has low grip modes, now, for example. Designed for snow and other low-grip surfaces where Ferrari thinks this new model will operate. It's also the first Ferrari with Hill Descent Control.

Inside, it's like any other Ferrari, there's just more of it. In this case, a pair of rear seats mimic the fronts. They're individually adjustable, are heated, and look like they'd hold you in place just fine for hot laps at Canadian Tire Motorsports Park. Or hot laps around your local private school. This is the first Ferrari with Android Auto and Apple CarPlay offered, and the first with an automatic air quality sensor and filter.

Ferrari hasn't released the price, but we expect it to start around half a million. We also expect that it will be extremely popular, with the question being how many does Ferrari want to make and not how many can it find customers for. Expect the Purosangue to start showing up on the road late next year. 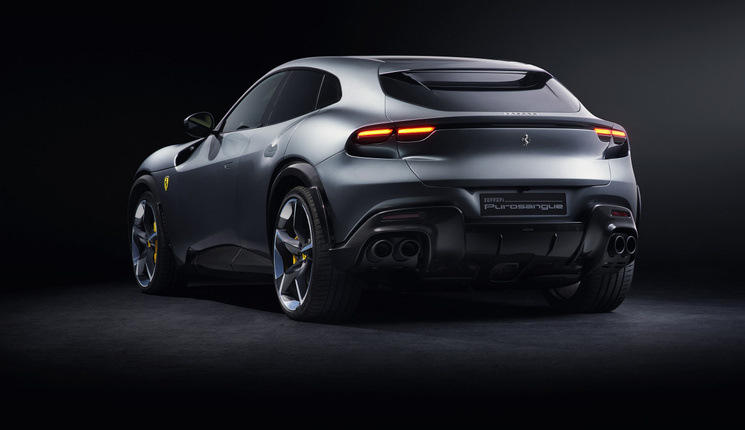