Ferrari F50 Prototipo, the First F50 Up for Sale

The car comes with a full certification from Ferrari Classiche.

Ferrari’s F50 never quite hit the same place in pop culture that its predecessor the F40 did, nor that of its successor the Enzo. Maybe because Test Drive II was a better game than Need for Speed II SE? Maybe because the looks were just a little bit strange instead of the out of this world exotica of the F40 and Enzo, and maybe just because the Enzo had a cooler name. But that didn’t make the F50 any less impressive as an automotive centrepiece, and this might be the most impressive of all F50s. It’s the prototype. The first one. The one that the magazines and TV shows drove. Now it’s up for sale.

The F50 was Ferrari’s victory lap of the 1990s, showcasing what the company was capable of achieving. The F50’s engine was a 4.7L naturally aspirated V12, a development of the 3.5L V12 that was used in Ferrari’s Formula 1 car for 1990 where it scored six wins. It was also used in Ferrari’s 333 SP IMSA championship car.

The engine generated 512 hp, and in racing tune managed 739 hp at 10,500 rpm. A screamer that could move this car effortlessly quickly. 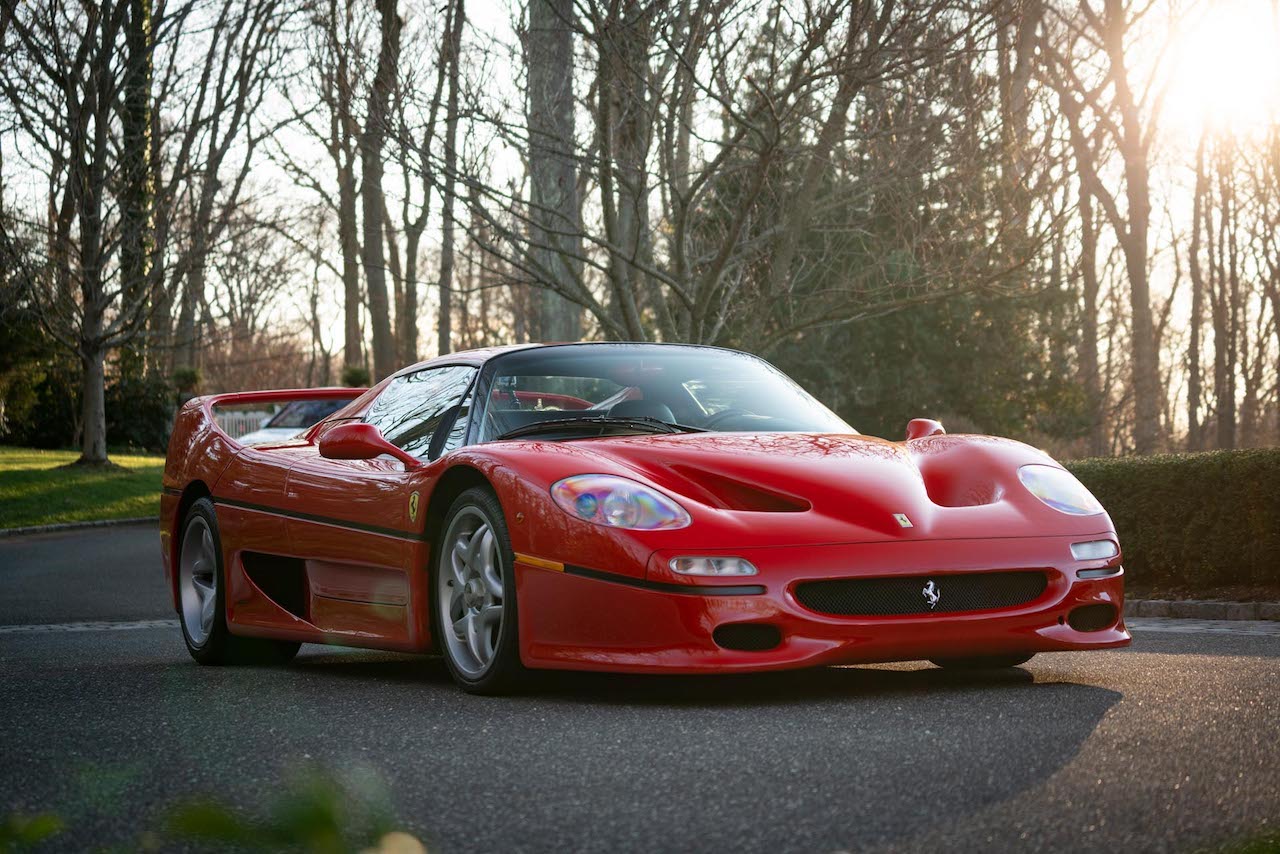 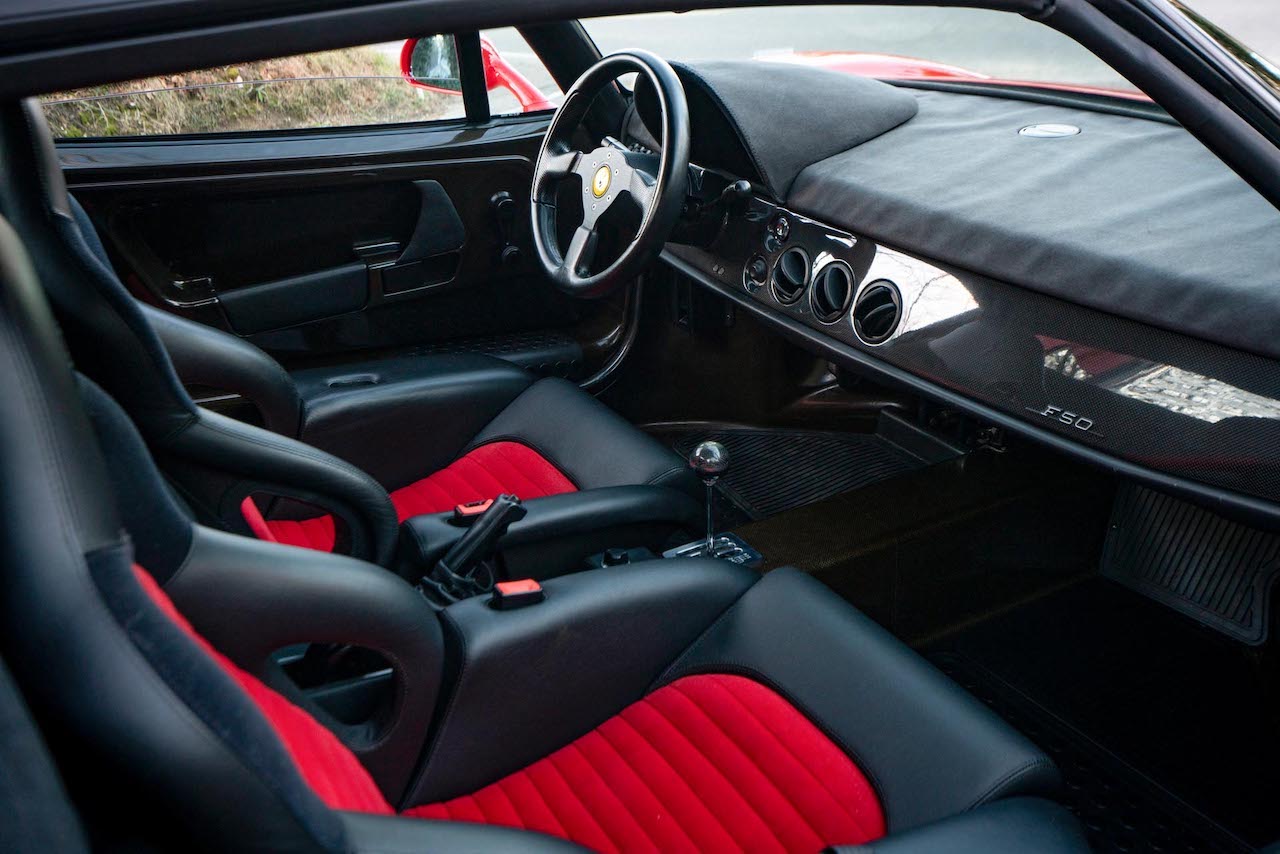 Thanks to an all carbon-fibre chassis that weight just over 100 kg, this was a flyweight by hypercar standards. It had an aircraft-style fuel bladder for safety, mounted between driver and engine for weight distribution. The engine was part of the structure, just like an F1 car, the first time for that bit of engineering in Ferrari’s road cars.

Just 349 production cars were built, which Ferrari said at the time was one less than the market wanted. This one, with a VIN ending in 99999 was the very first prototype. The F50 Prototipo. It was the development car for suspension and chassis changes as well as putting the fine touches on the assembly line. Starting test laps and road miles in 1994, a year before full production started, this was the car used for the glamour shots and brochures, the listing says.

This car was at the Geneva auto show in 1995, Forza Ferrari in Suzuka, and the Ferrari Days at Spa.

In 1997, the listing says, the car was rebuilt by the factory and given to its first real owner. Friend of Enzo Ferrari Jacques Swaters. Swaters owned the car until 2007, when with just 502 miles on the odometer since the rebuild, it was sold. It’s traded hands several times since then.

The car comes with a full certification from Ferrari Classiche, the brand’s historic arm, including all accessories like the hardtop, fitted factory luggage, and the numbered key fob, as well as other documentation and files. It’s also been recently serviced. The car will be sold at the Worldwide Auctioneers Scottsdale auction next week. 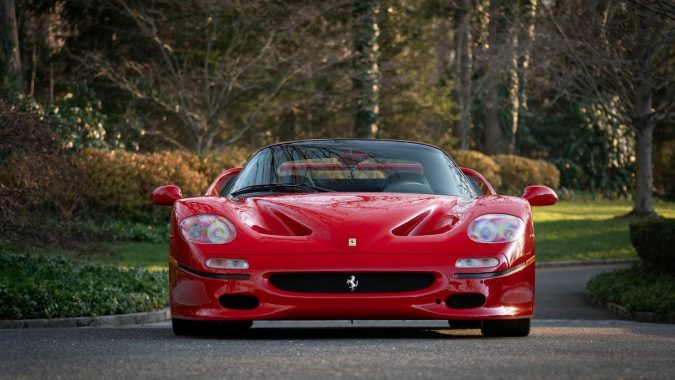 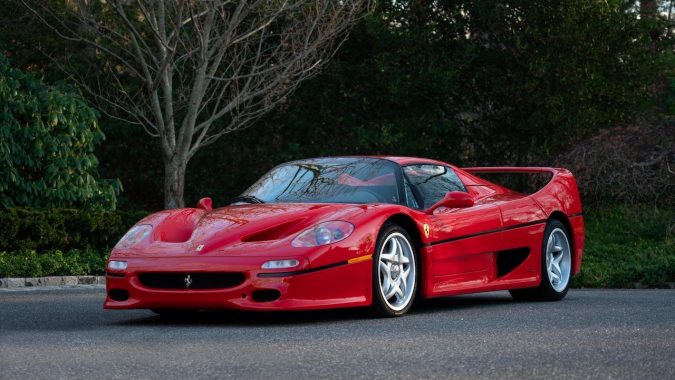 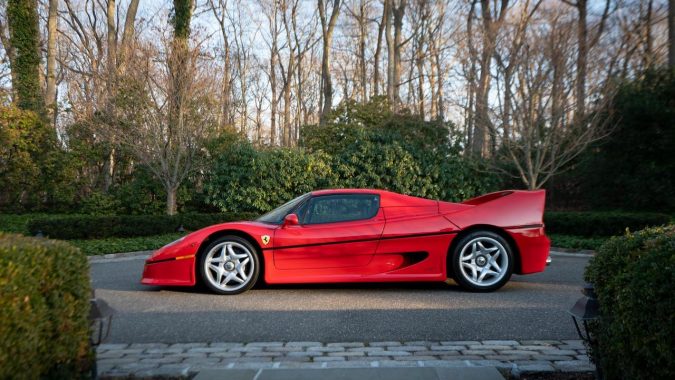 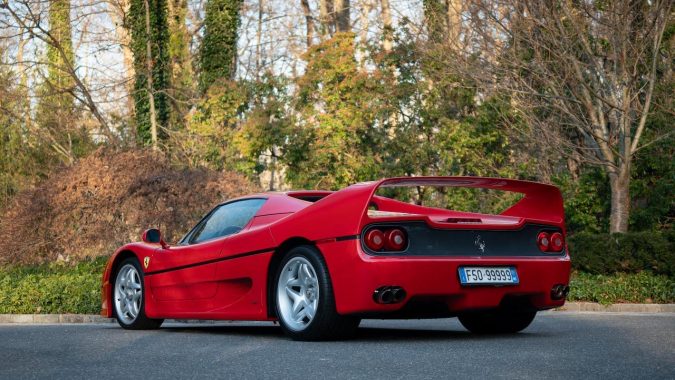 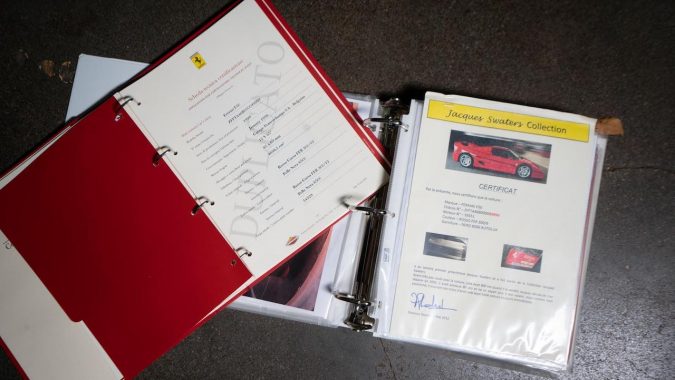 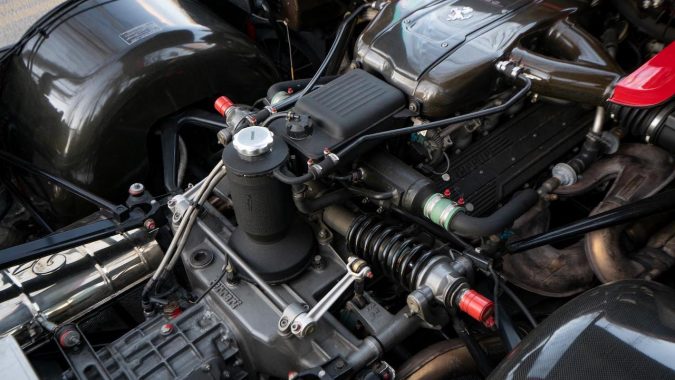 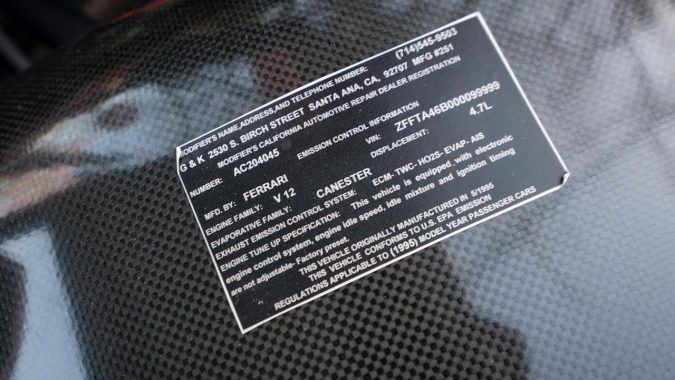 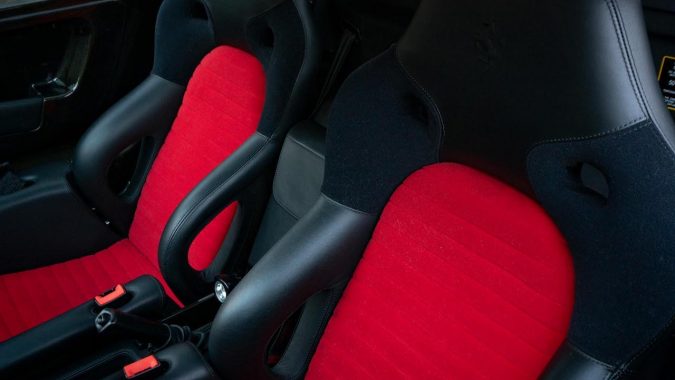 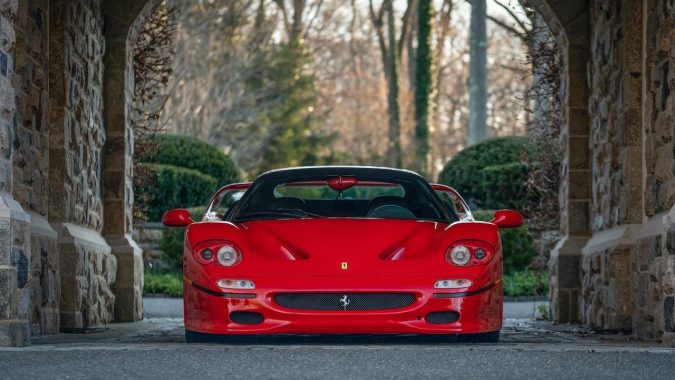 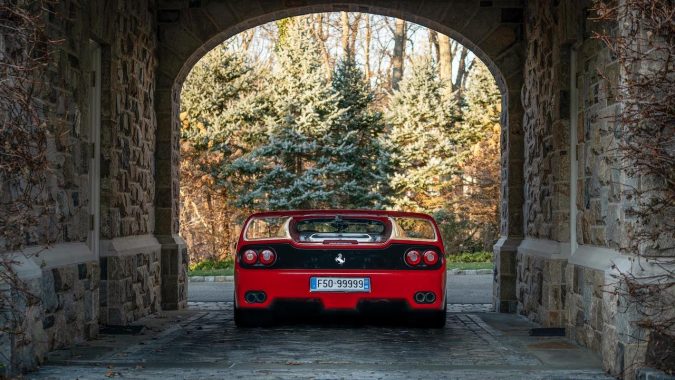