The University of Windsor/FCA Automotive Research and Development Centre (ARDC) recently marked its 20th anniversary with a special celebration attended by dignitaries, employees, senior executives, media and special guest Kathleen Wynne, premier of Ontario, who made a surprise funding announcement.

A first-of-its-kind Canadian partnership between industry and academia, the ARDC opened in 1996.

What started as a $30 million investment has grown to a $1 billion spend on vehicle research and development. The ARDC plays an important role in the product development of nearly every vehicle produced by FCA.

Premier Wynne announced that the Ontario Government will provide up to $85.8 million in funding to FCA Canada to support enhanced research at the ARDC, plus advanced training for the world-class workforce at the Windsor Assembly Plant (WAP) and technology enhancements related to the production of the all-new Chrysler Pacifica Hybrid.

As the industry’s first electrified minivan, built for the world exclusively at WAP, the 2017 Chrysler Pacifica Hybrid will deliver an estimated range of 48 kilometres (30 miles) solely on zero-emissions electric power.

This significant investment builds on FCA’s commitment to the province and its competitive advantages in Ontario, namely a high-quality workforce and innovative R&D.

In addition to design and engineering, the ARDC works with leading universities in Ontario, such as McMaster, Waterloo and Windsor, conducting research on critical challenges for the industry, including advance powertrains and light-weighting.

Results from these efforts can be found in the 2017 Chrysler Pacifica Hybrid. 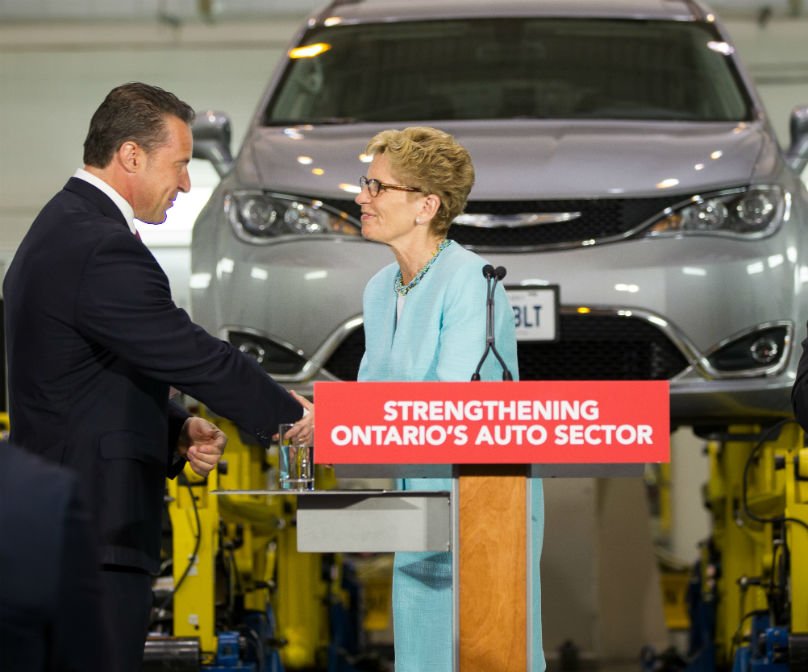