This android-based system will support Amazon Alexa and OTA updates.

While normally a walkthrough of a new infotainment system, like Uconnect 5 that Fiat Chrysler is debuting in the 2021 Chrysler Pacifica before rolling out to more new models, would involve us sitting down in the minivan for far too long, playing with buttons. But since that can’t happen right now, we instead sat down virtually with three of the designers and communications experts in charge of the new system to take a look at what makes it better than the old one.

While Jin Palmer, head of infotainment and feature planning, Vince Galante, Uconnect design chief, and Nick Cappa, head of Uconnect communications, were big on the importance of added connectivity and a faster processor, it was the new interactive status bar that caught my attention the hardest, and will likely catch yours.

With the existing Uconnect, though the award-winner is one of the better systems around, toggling simple features like seat and wheel heat required a complicated dance through the menus. Now, the temperature display at the top left is interactive. Tap the temp and it pops up a tab that lets you make those changes right away along with adjusting cabin temperature. From anywhere. With four more custom status bar apps, you can give the camera views one-touch access as well. That looks to be a game-changer in the transition from real buttons to an all-virtual interface (though we’re not sure that FCA plans to change the current balance of real buttons) especially when it comes to keeping eyeballs on roadways.

It’s customizability that’s at the heart of Uconnect 5. Built on an Android operating system, which the company calls the most widely developed software platform in the world, it allows for faster and easier integration of new apps as well as a more drag-and-drop-friendly experience the way you might be used to with your phone. The system now also supports conventional and satellite radio stations to be mixed in the presets, another shortcoming of the previous version. 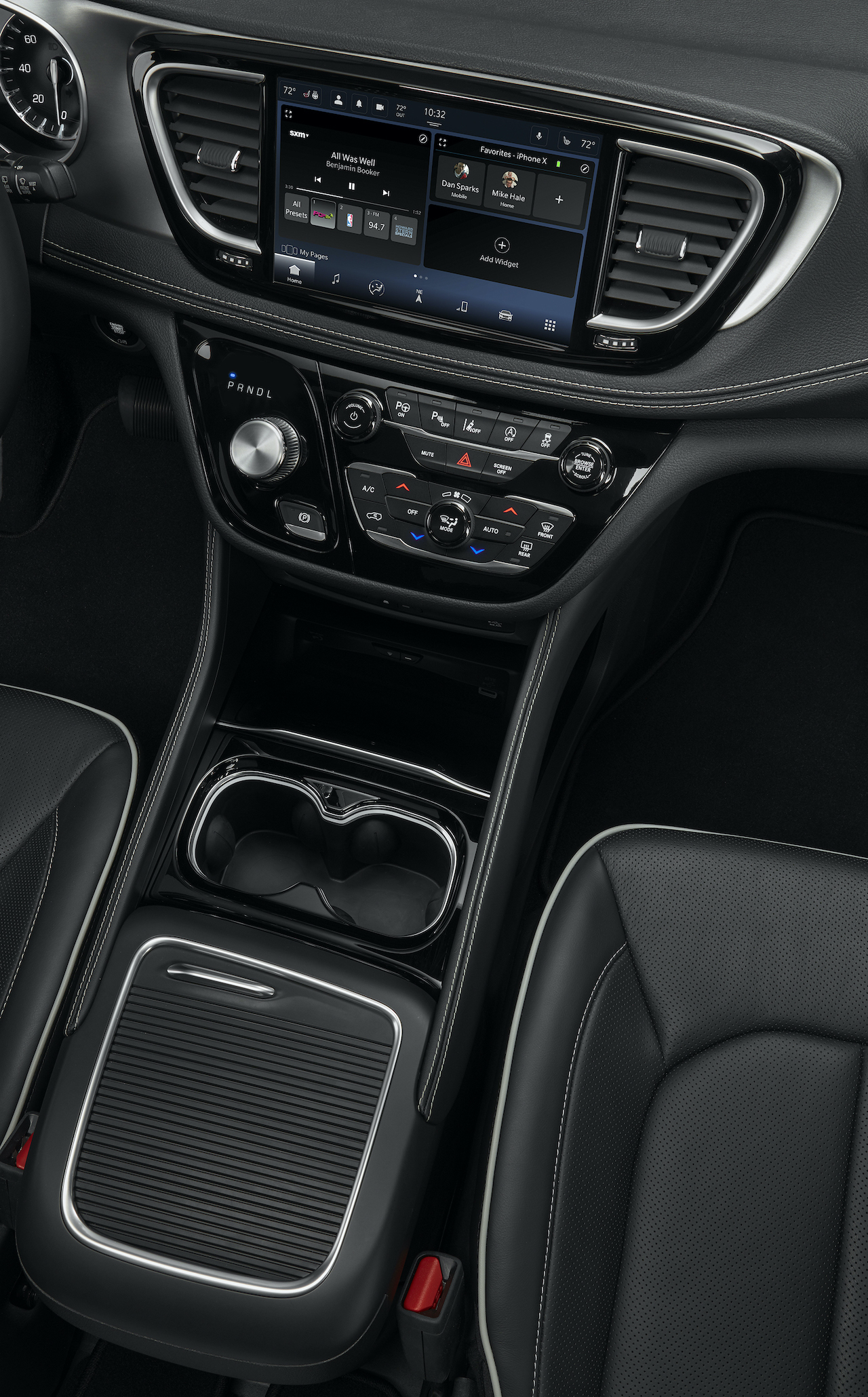 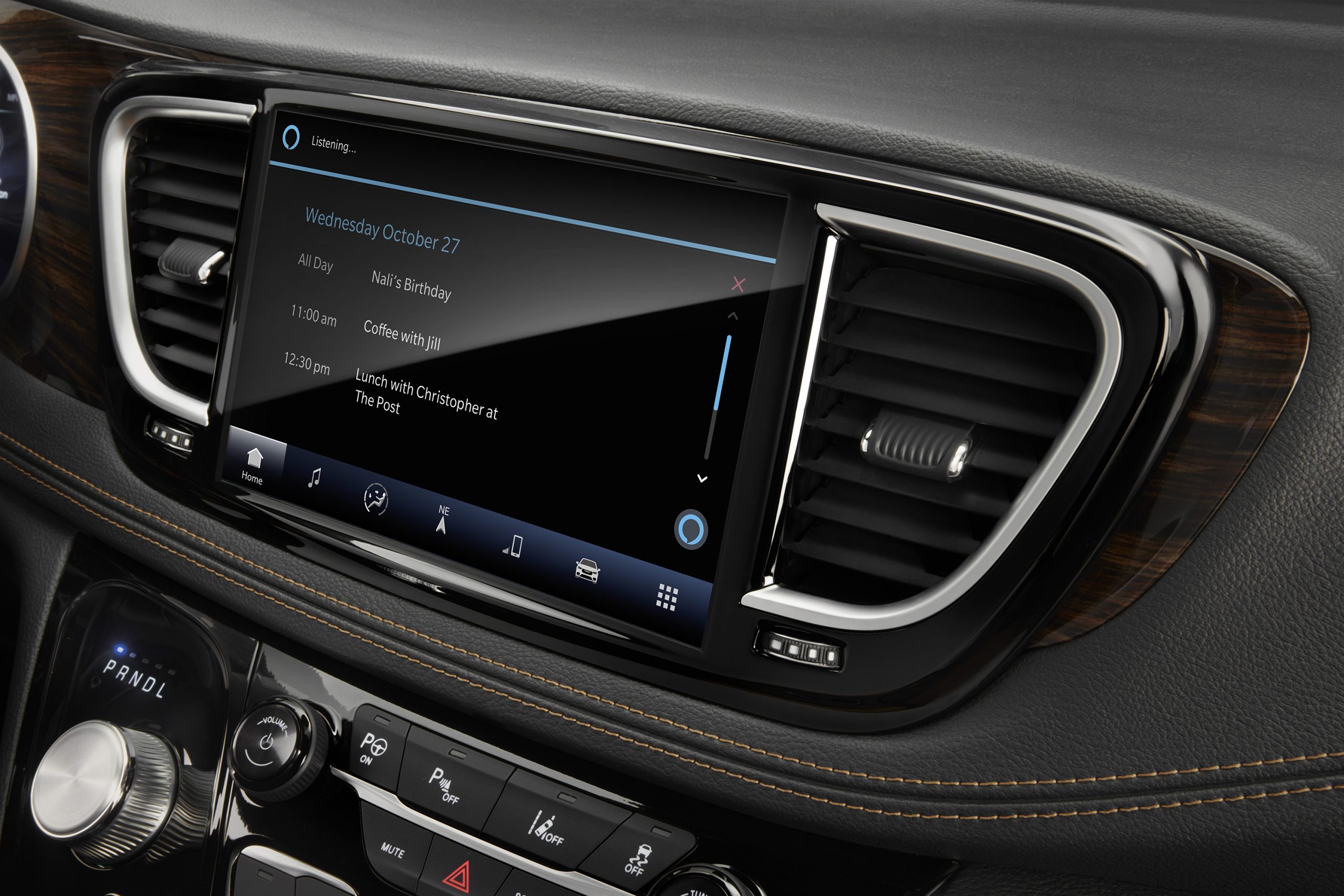 FCA can set up the system on widescreen, ultra-tall portrait, or conventional square screens to suit the vehicle, and can easily modify the colours and graphics to suit each model across the company’s wide range. It can even support multiple screens if the vehicle needs it. Users can set up multiple displays on the same screen as well as add five pages of custom widgets to, say, have navigation, HVAC, and audio displays on screen all at once. FCA said that they wanted all major functions to be accessible in two button presses, with widgets bringing many of those to just one press away.

Up to six profiles can be stored in the system, letting different drivers have the car remember their seat settings, Uconnect 5 configuration, even the instrument cluster settings. It also has available Amazon Alexa integration that will allow features like remote start, garage door open/close, and other Alexa skills. This will need a subscription to use, but FCA will detail it closer to on-sale dates.

In an era when using your phone’s own in-car interface, and Uconnect 5 supports wireless versions of both CarPlay and Android Auto as well as two phones via Bluetooth, is increasingly common, Palmer says that drivers still use the vehicle’s native interface more than the phone systems. So they’ve added new TomTom maps to the nav system and given it new views and improved address prediction. There is also realtime traffic and weather along with improved Nuance natural speech recognition and better microphones for a better voice command experience. Moving from Android Auto/CarPlay back to the native interface has also been made easier, the team said, though we weren’t able to see the transition. 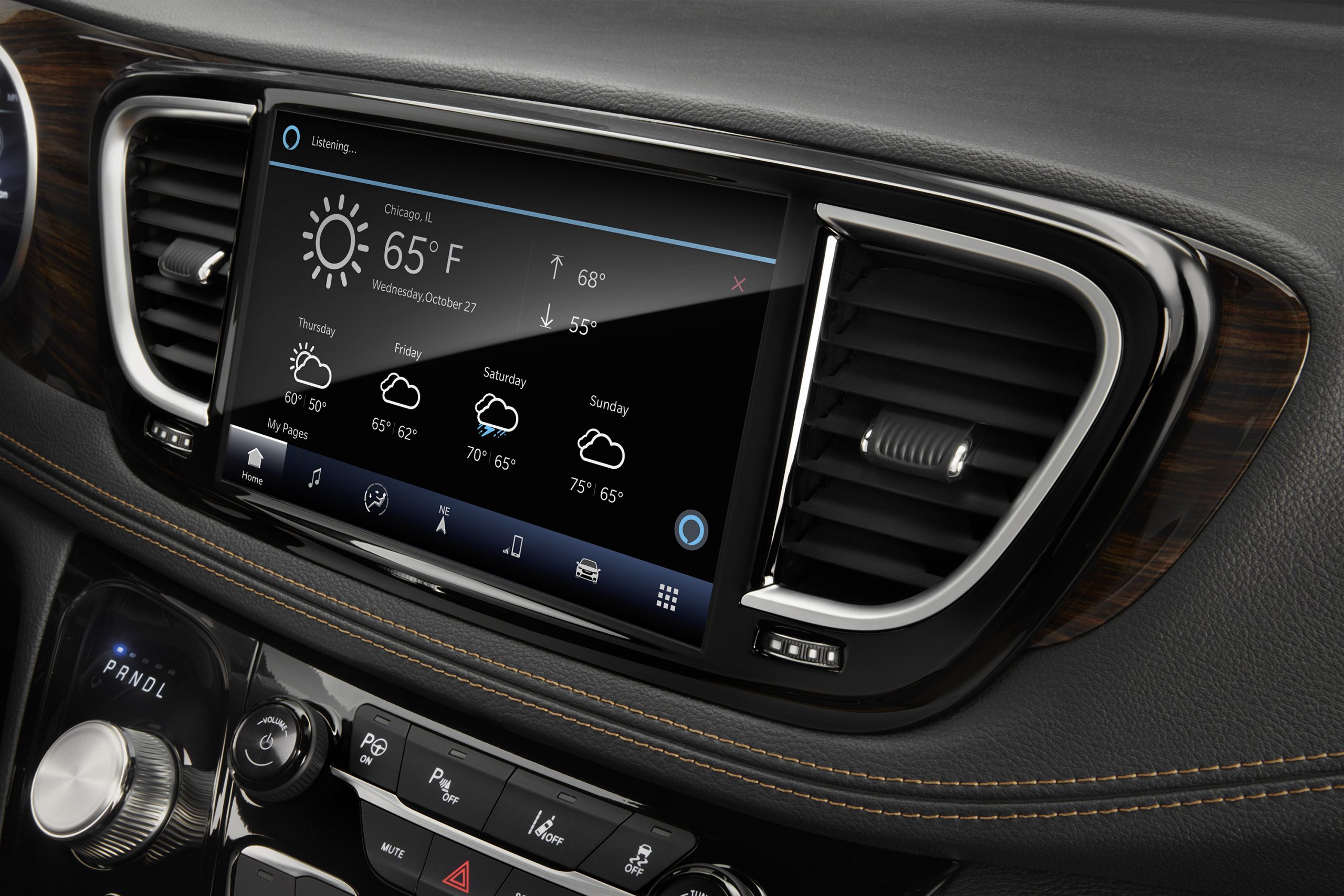 The design team for this latest Uconnect expanded from just 10 to 30, including staffers with experience in game and mobile design as well as psychology. They have designed a cleaner-looking interface that simplifies layouts and graphics. Instead of each icon being an image file, Galante says they’re now in the software code. Using gradients for boxes and graphics makes it render 10-times faster, he said, and that’s before taking the five-times faster processing capability into account. Using a larger screen means larger graphics, not more information, helping you keep your eyes on the road and not on the screen. Often-used controls are larger and brighter, making them easier to find on the go, as do larger and more widely-spaced letters in the new font used.

Palmer said that FCA’s research found that 78 percent of buyers consider a simple to use infotainment system one of the most important things in the buying decision and that 64 per cent say tech drives brand loyalty. This latest Uconnect system shows some meaningful improvements to the old one, in both interface and appearance. We can’t wait to get fingerprints all over the up to 15 million pixels it now supports. 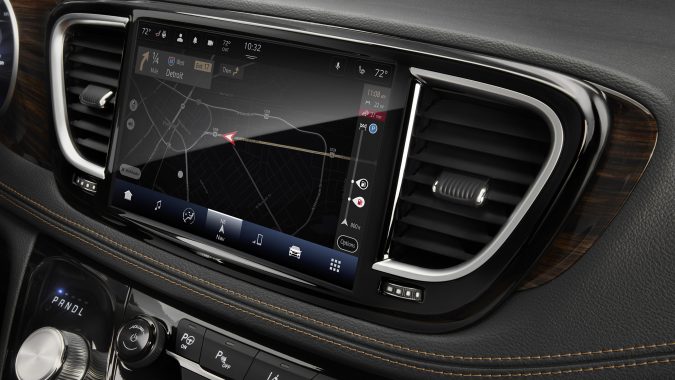 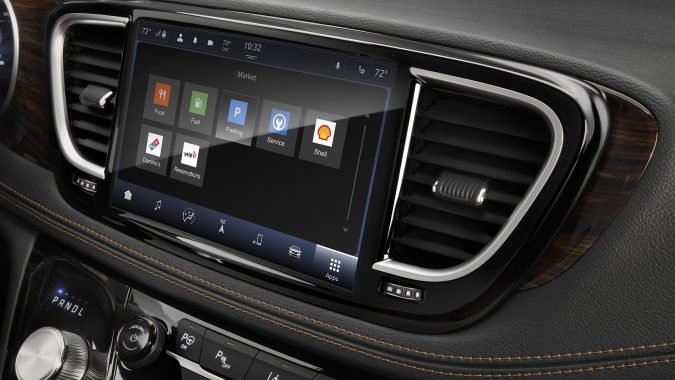