Pricing wasn’t announced because if you have to ask...you probably can’t afford one.

Any new Ferrari is cause for celebration. Since the Vatican sends out plumes of white smoke when a new pope is elected, perhaps Ferrari could start sending up a cloud of haze from a particularly impressive burnout when the introduce a new model.

The newest of them all is the car you see here. Called the Roma, it is described as a 2+ passenger V8-powered coupe with mid-front engine placement and a body that looks like nothing else in the company catalog. Twin-turbos sprout from this 3.9L engine, a mill making a total of 612 horsepower and 561lb.-ft of torque. Its lashed to an 8-speed DCT, a transmission which first showed up on the SF90 Stradle.Ferrari estimates it will zap to 100km/h from rest in 3.4 seconds on its way to a “greater than” 320km/h top speed. 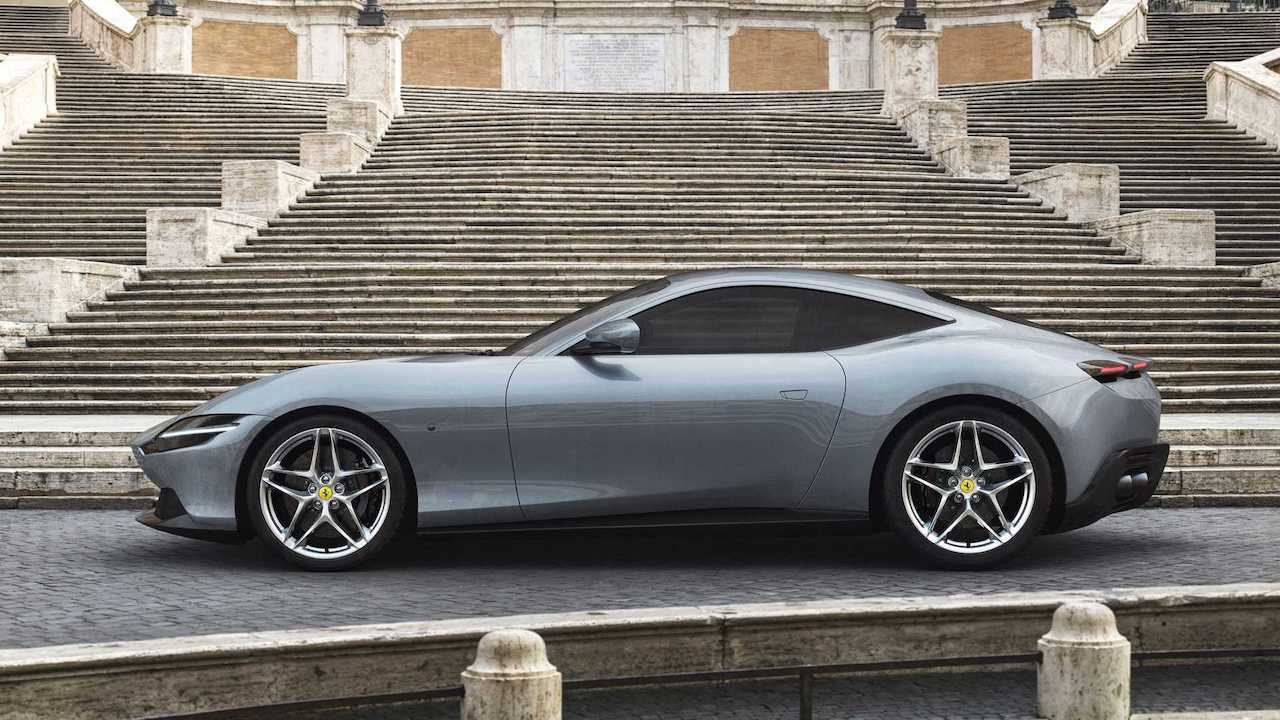 Claiming that 70% of its components are entirely new, Ferrari says the Roma’s distinctive style makes it a contemporary representation of the carefree, pleasurable way of life that characterised Rome in the 1950s and ‘60s. The company expects “discerning clients” to pony up for one of these Fezzas, people with seek to enjoy the finesse and refinement of a modern la Dolce Vita.

If all this sounds a bit more touring than sport, you’re right. Ferrari calls the Roma’s cabin an evolution of the brand’s Dual Cockpit concept, one in which both driver and passenger get a set of gauges. Unlike Ferrari sports cars which are typically built around the figure of the driver, the Roma’s cabin has a nearly symmetrical structure. Space and functions flow a bit more freely, thanks in no small part to the passenger-side gauge display – so that the passenger feels extremely involved in the driving. 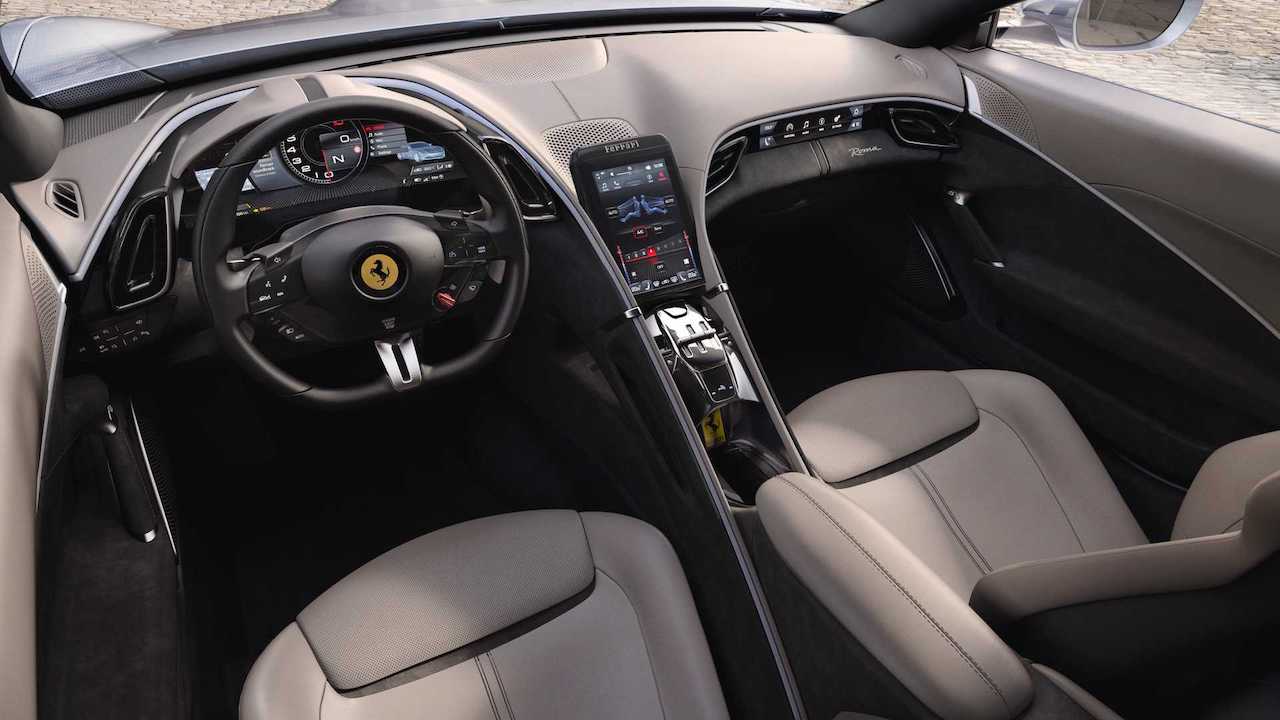 At 4656mm in length, Roma is slightly longer than a 488GTB but only about 35mm shorter than the almighty 812 GTS. Curb weight is 1570kg, meaning that while its length is close to the topless 812, its mass is a more similar to that of the speedy 488.

This new car carries on the Ferrari tradition of affixing quad afterburners to the aft of its sporting tourers. Those lamps bookend an active rear spoiler that tucks away by the rear glass. Up front, a perforated grille sits between full-LED adaptive headlights.

Just today, Ferrari brought the new Roma to the official resident of Italian President Sergio Mattarella for a viewing party. Why? Because Italy. Pricing wasn’t announced because if you have to ask, you probably can’t afford one. 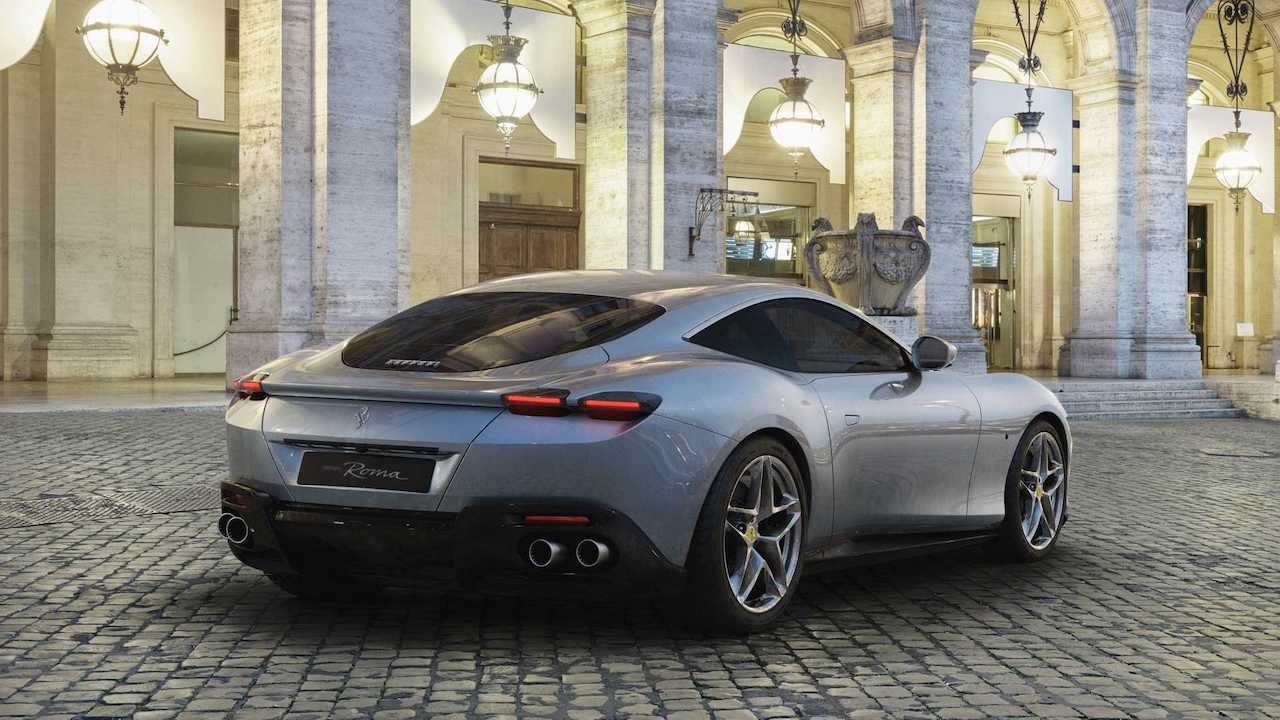