Still doing duty in 2016 they met by chance, and in their presence a passerby deciphered much of the history of the hard-working marque.

The owners: Unknown; seen in the parking lot of an Ace Hardware in Burlington, Vermont.

The story: There’s a Jeep meet happening somewhere in the neighbourhood, you’d think, by the main picture. But this is Vermont, well-populated with Jeeps at all times, so we wonder. I take some pictures, then go into Ace myself, for a wrench or whatever. When I come out, one of the Jeeps is gone.

Soon a man with keys also comes out of the store, walks to the vintage pickup, (Is it a ’50? Maybe a ’60? We’ll get to that), starts it up and drives off, like it’s his daily driver.

Now we reckon there’s no nearby show to seek out, just a coincidence. 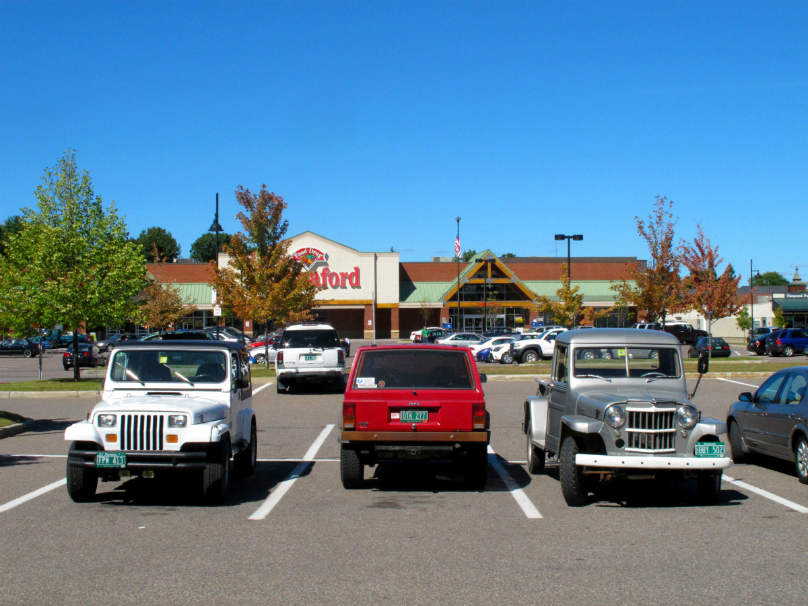 But we are into it; we snapped photos; look at the coverage of models, manufacturers, and generations this accidental exhibit represents.

As one might say, introducing an old best friend to a new crowd at a party, “on the left, we have the original . . .”

Well not quite. It looks like the classic alright, but in Vermont ski hill white and built a size or two larger for the 1990s. A YJ perhaps, from the square headlight era? Built by Chrysler, looking like a Willys, still with an American Motors engine (we think)? 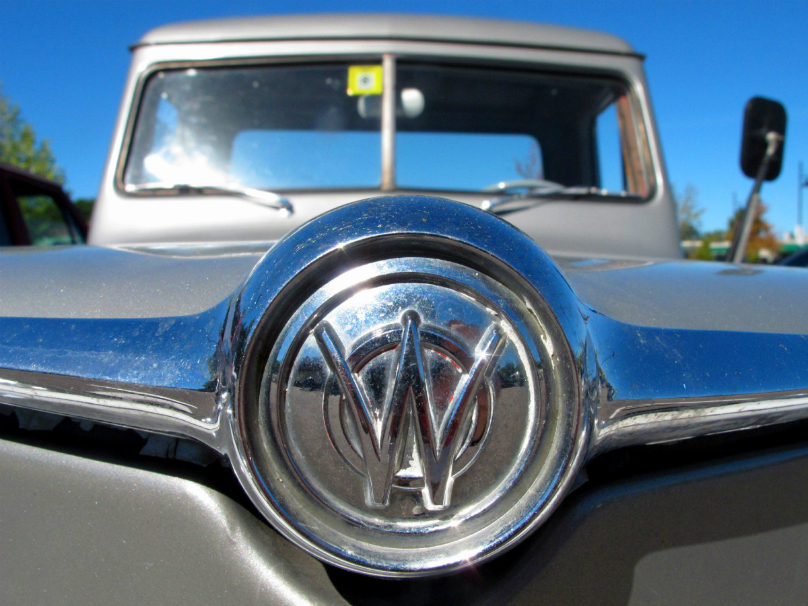 I’d bet a Jeep backpack that somewhere in it a knob, a bezel, a screw is holding something down, doing the same duty it did in the same-ish work Jeep from the Kaiser era (which was a long time, actually — from the 1950s to the AMC takeover in 1970).

In the middle now: Showing the battle scars not of war but perhaps 25 or 30 New England winters is a red 1984 or so Cherokee XJ, now minus its rear bumper but recognizably the downsized Wagoneer replacement whose lines were drawn by American Motors’ long-time chief stylist.

The creases seems to have deepened, the Eighties Jeep looks wizened. But “great designs never grow old, a truth no better confirmed than by designer Dick Teague’s masterpiece, the Jeep Cherokee,” a Robert Cumberford of Automobile magazine wrote in praise, honouring the model on his list of “20 greatest cars.”

The XJ, he wrote in 2009, is “possibly the best SUV shape of all time . . . the paradignamatic model to which other designers have since aspired.” 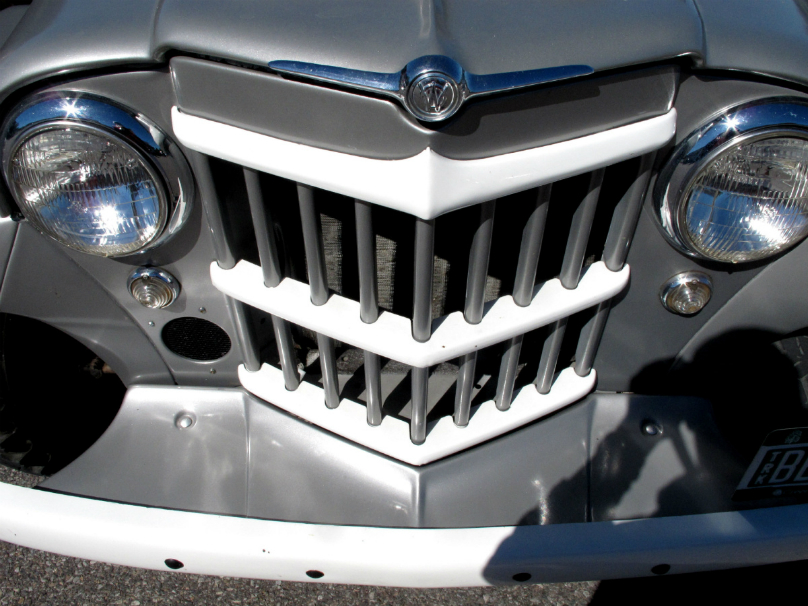 It has yet grander tales to tell. Made for the North American masses at giant plants in Toledo, it was also assembled in the People’s Republic of China as the infamous Beijing Jeep, a project that jump-started China’s shift from two wheels to four via American Motors’ troubled, but ultimately transformative, joint venture to assemble modern vehicles in China.

I first heard about the Beijing Jeep here in Burlington from the late Willie Racine, a childhood buddy of my father’s who parlayed his Texaco station south of downtown into a Jeep dealership and finally, in the 1970s, a big — as big as they got — American Motors store on Shelburne Rd., Vermont’s “auto row.”

In the 1980s Willie, perhaps with his wife Annette, joined a company trip to see China and glimpse the nascent Asian AMC enterprise, whose story is well-told in Jim Mann’s book Beijing Jeep. 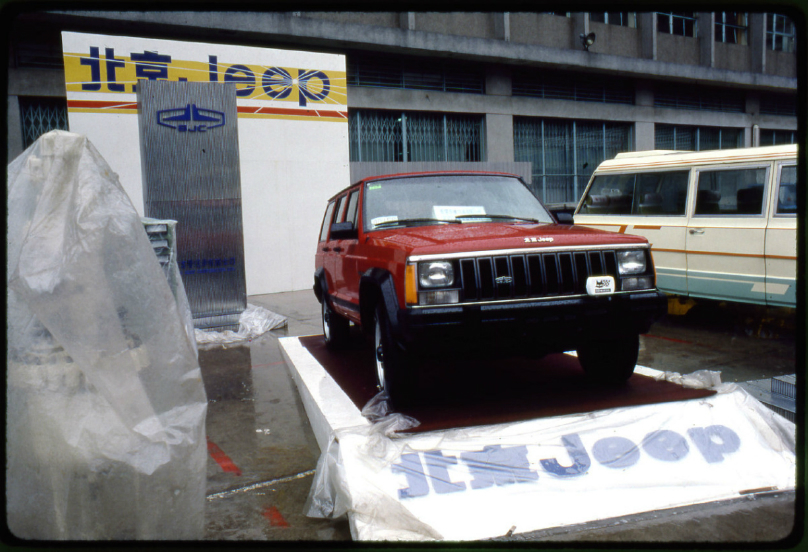 That leaves us now with the old soldier on the right, the ’50, or ’60, or could it be, even, an ’81? It could; the platform served — in a pickup, a station wagon, for a time as a sporty convertible called the Jeepster, and who knows what other special-order purposes — from just after the end of World War II into the full-size Wagoneer era and, in faraway Argentina, up to 1981 where production ended.

At first glance the relic with its 4WD badges appears to be a more full-bodied development of the wartime Jeep. 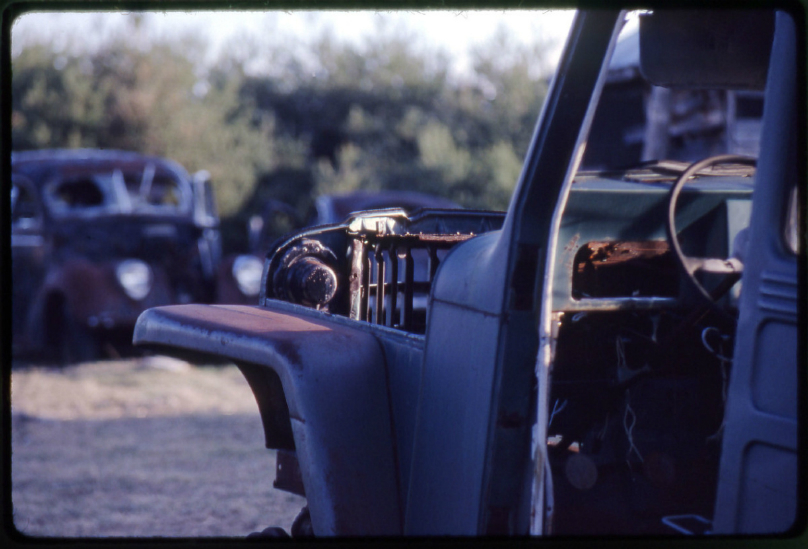 Closer inspection shows the influence of an auto stylist: the pointed grill, in a V with contrasting horizontal bars between the famed vertical ones. We also see a big “WO” in the winged chrome piece at the top — a major clue in our minor mystery of which year.

Googling around we find this Jeep’s lines to be the work of freelance industrial designer Brooks Stevens, who is credited with the Jeep Station Wagon, the basis of the pickup, and a car whose significance as one of the earliest SUVs cannot be underestimated. 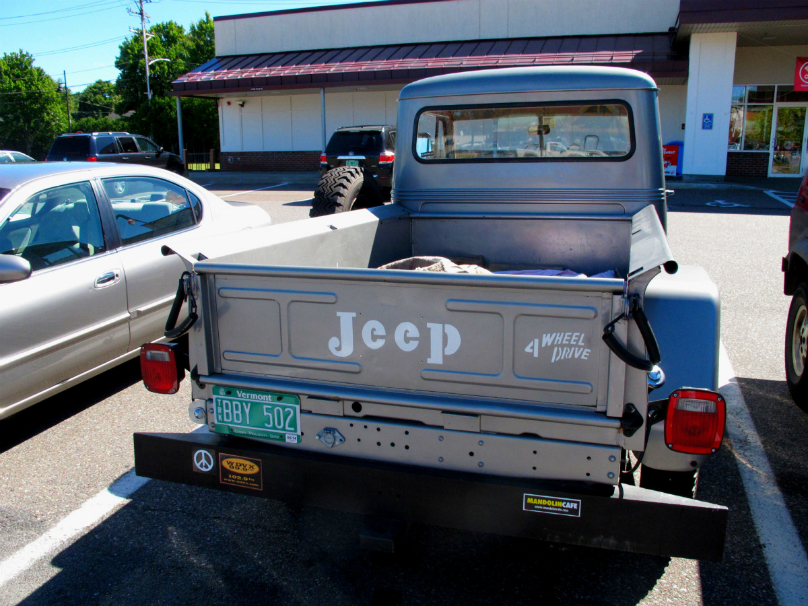 It came on the market when station wagons still had wood bodies.

Stevens, along with Raymond Loewy, later had designs on saving Studebaker. His V grill for Willys first appeared in 1950. That company handed the Jeep reins to Kaiser Industries around 1953. After which time the W and the O (for Overland, what a great name for a Jeep, used since) would have disappeared, narrowing our dates down. Without being know-it-all precise, we surmise our 4×4 on the hardware run is a trooper, enlisted for duty, give or take, for better than six decades. 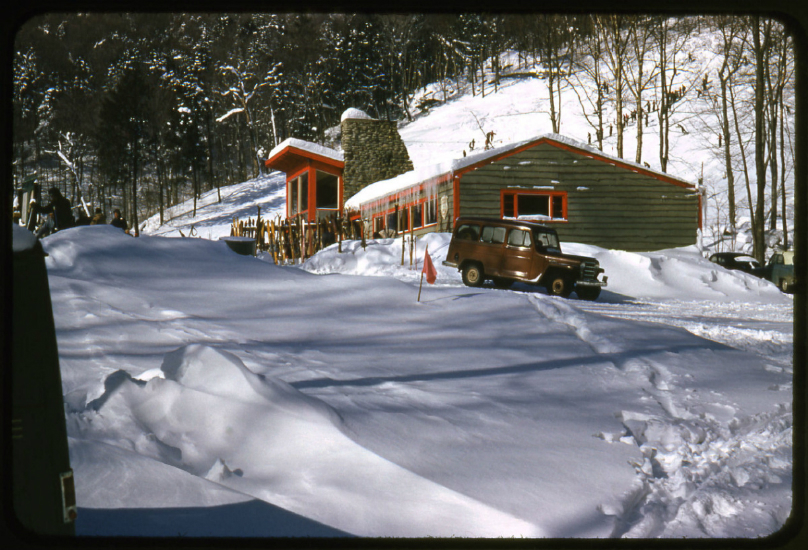 Show us your candy: Got a cool custom or vintage car? Send us a picture of you and your family with your beauty, and your story. We like photos — the more the better — of the interior, trim, wheels, emblems. Email wheels@thestar.ca and be sure to use “Eye Candy” in the subject line. For a library of Wheels’ sweetest collectibles Google “Toronto Star Eye Candy.”