Eye Candy: The Dyane I courted for decades

Wheels reader Pierre LeRiche was immediately smitten but it took patience and persistence before he won his 1970 Citroën from another amour.

The story: My love for Dyane started in July 1973 while vacationing on the Mediterranean coast of Spain, just south of Barcelona. A friend came to visit from Montreal. He landed in Paris and rented a brand new Citroën Dyane, driving it all the way to Spain at reckless speed.

I was impressed with the feeling of speed and its ride, on the road and on the sand dunes of the beach. My daily driver then, while serving at a Canadian Air Force Base in Germany, was a 1972 BMW 2002i coupe, a fine car, but what a contrast!

Here we see a totally different perspective. From the late 1940s when some French engineers sat in front of a blank drawing board, designing what they thought the basic car should be.

They built, for the pre-Dyane Deux Cheveaux, a flat steel floor solid enough to double as a frame. They added four arms — one sticking out at each corner, like a spider, at the end of which they attached a wheel. The up and down motion of each wheel is then transferred by a knee-action type rod to the coil springs held horizontally in a 4-inch tube below the floor, both front and rear coils in the same tube, each side.

These rods are adjustable, in this case manually, but hydraulically in more expensive models. Your kids would have loved it as a springboard. The car can be raised or lowered at least 8 inches. It allows it to be driven in undeveloped areas where roads are scarce or non-existent.

The engine and transaxle, which propel the front wheels, are held on a fork frame extending from the front of the floor. The rack and pinion steering is lodged in a third steel tube, this one lying across the front, all three tubes contributing to strengthening the floor. The four-wheel independent suspension and the long stroke of the knee action gives the car an amazing degree of comfort over rough terrain. 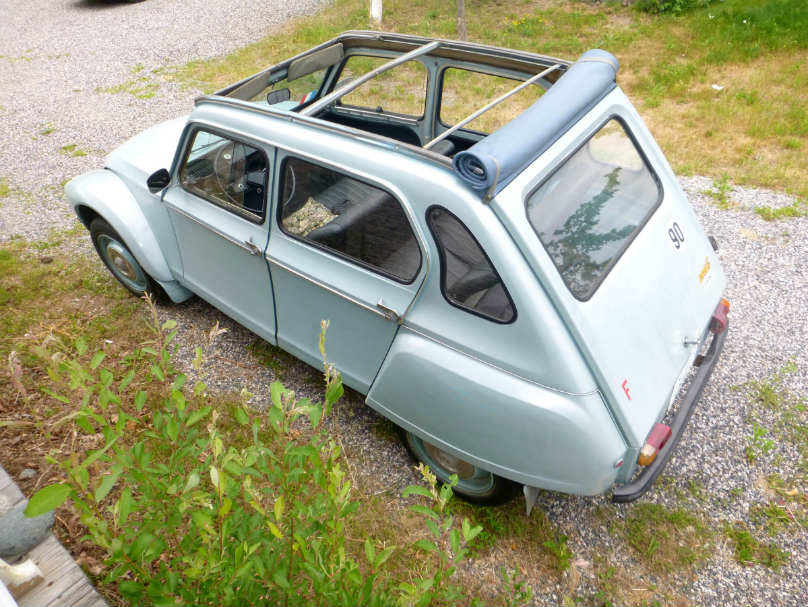 The engine, a simple air-cooled flat twin of 600 cc (about half the power of a Volkswagen Beetle), geared to a four speed manual transmission, will propel the car to over 100 kilometres an hour (wind permitting) on a few spoonfuls of gas.

The Dyane is mechanically identical to the famous 2CV (Deux Chevaux) but with a slightly more appealing body. It was not as a big a sales success; the parts distributor in Montreal told me that he has between 2,500 and 3,000 customers for 2CV, but I own one of only four Dyanes known to him in all of northeastern North America.

This past winter I have restored the mechanicals. Next winter we plan to rebuild the body. I have scouts looking through wrecking yards in Europe for a hood and both front fenders, as there are no new replacement body parts currently produced.

I bought the car in Gatineau, Que. from a man who had owned it since the early 1980s. I had met François back then, while I was living in the Ottawa area. Once, he reluctantly let me drive it a few blocks. Of course, it was love at first sight. I enjoyed it like a kid driving his first go-cart. I begged the owner to think of me if ever he wanted to sell. “Sell? Never,” was his answer.

Until last year. Visiting old friends in the Ottawa-Gatineau area, I met François again. I will let you guess my first question to him. He was elusive.

But after a few visits into his garage there was some discussion. And I became the proud possessor of an automobile which is far from the most practical today. But it provides vivid testimony to human ingenuity in solving the hunger of a segment of the population for cheap transportation. 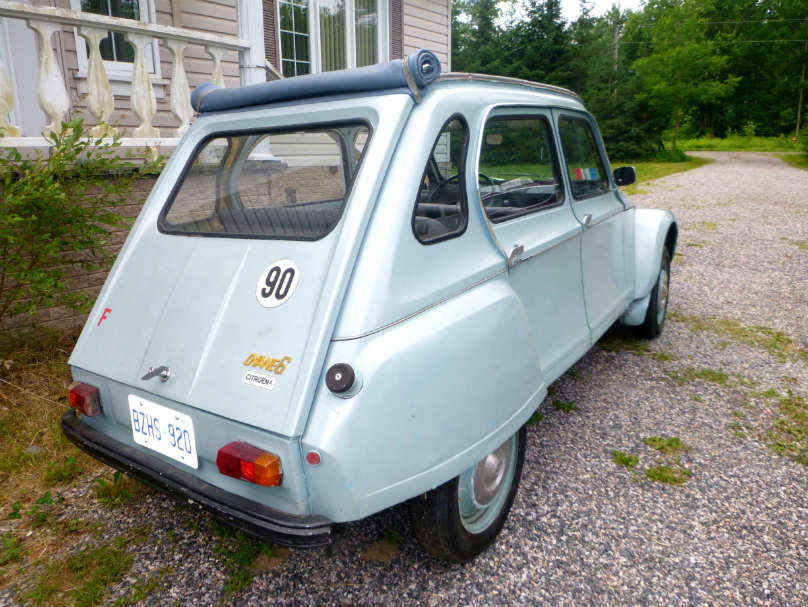 The Dyane, and the 2CV, were sold abundantly in Europe, the latter from 1948 to the 1980s. And also in many under-developed countries, notably in Africa, Vietnam, and in South America. Many thousands are still in daily use.

I find the car peppy, very agile in traffic, and comfortable on country roads. It doesn’t feel at home on a superhighway like the 400 or the 401.

And, by the way, my dear Dyane, I think, looks kind’a cute, don’t you think?