Ken Harper's Mercury Cougar may look tame, but wait until you hear this muscle car roar.

Building the car you see here today has been part of a lifelong dream that began when I first laid eyes on a Cougar, an XR7, owned by a friend’s mom.

I bought my used, low-mileage 1986 Cougar GS Coupe in 1988, and I’ve kept it winter-free for nearly 30 years. It may look ordinary, but that’s just on the outside.

It was the last year of the dual rectangular (four-eyed) headlights and the first year for the third brake light requirement. The new-look aerodynamic body design was introduced in 1983, which Ford shared with the Thunderbird.

My wife, Cathy, and I, plus some friends, are part of a small group of sixth-generation Cougar owners in Toronto who modify and tour our cars. The odometer reading is verified and documented as showing the true total number of kilometres as 139,117 on the appraisal documents.

I had it modified for Solo 1 competition in 1994, and it won its class the same year. Retired after three seasons in the sport, it lay dormant while I thought about its next foray. 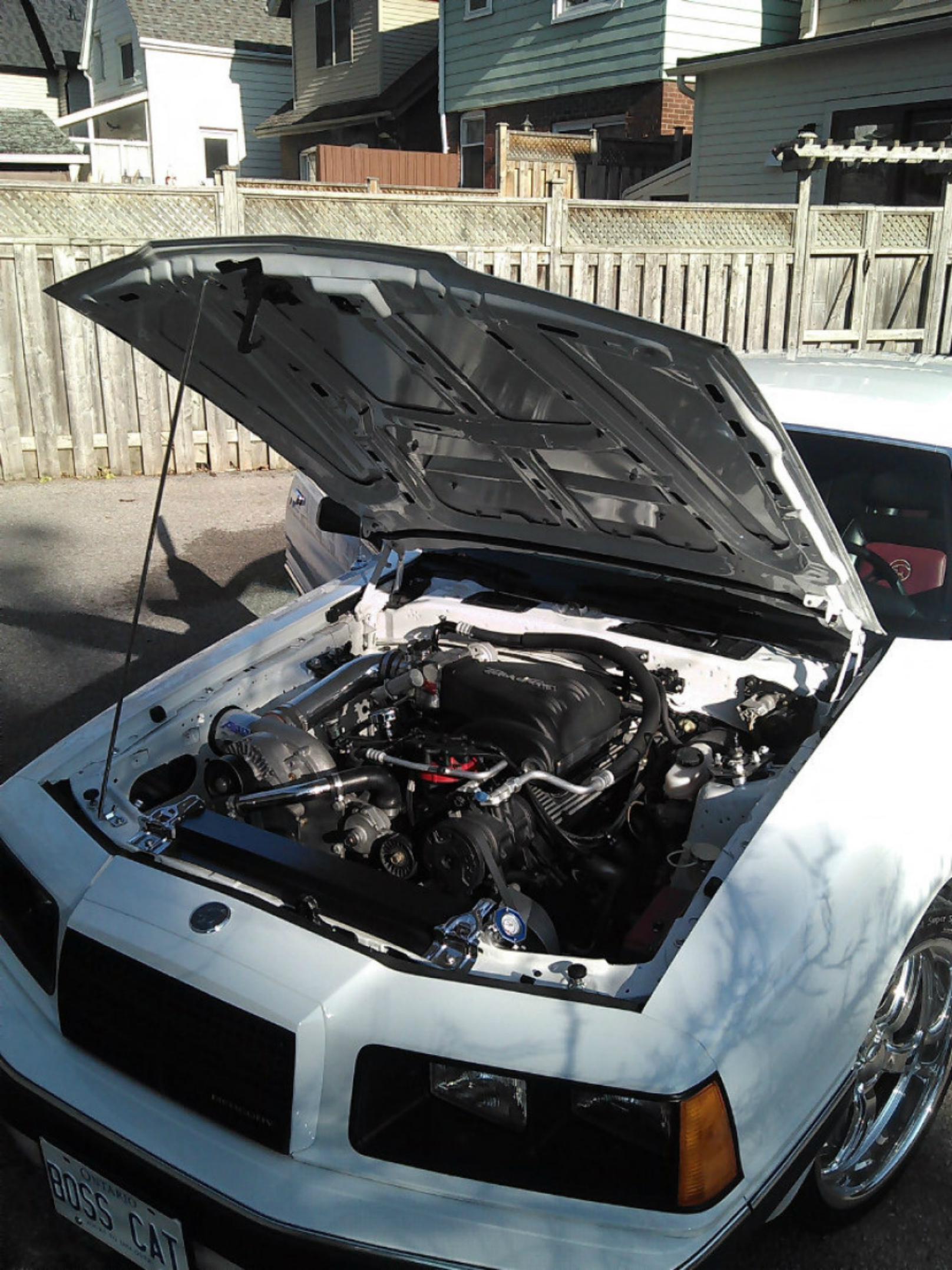 After meeting Joe DaSilva, owner of DaSilva Racing in Pickering, I knew his expertise would lift my automotive dream to the next level.

This project began by pulling out the original engine and transmission in March of 2008. Even the car’s electrical wiring harness was removed. The underbelly was in excellent condition and nearly rust-free. Only the trunk floor needed some new metal welded in.

Due to its near perfect condition, a solvent wash was used to remove the old layers of dirt and oil. Once that was done, I set out to reinforce and stiffen the unitized body design by welding in a pair of full-length, subframe connectors bent to conform to the shape of the floor, connecting the front and rear substructures.

The bare surfaces received a coat of automotive sealer, and the entire underbelly was finished in a coat of anti-rust paint, ensuring it would stay rust-free for another 30 years.

Once this was done, it was sent off for bodywork. The windows were removed and all the surfaces smoothed and painted in the original Oxford White. The shop’s metal expert made a custom hood intake using a 1970 Boss-style scoop for throttle clearance and additional cooling. The Cougar’s cat emblems were nickel plated and all window trim and door sills were treated to a high-speed polish.

Inspired by the classic 1970 Boss 302 Cougar and Eliminator muscle cars, the Boss 347 Ford crate engine with aluminum race heads was selected to run with dual electric fans and two-inch aluminum radiator set up, as well as a track series intake manifold and high energy spark management. 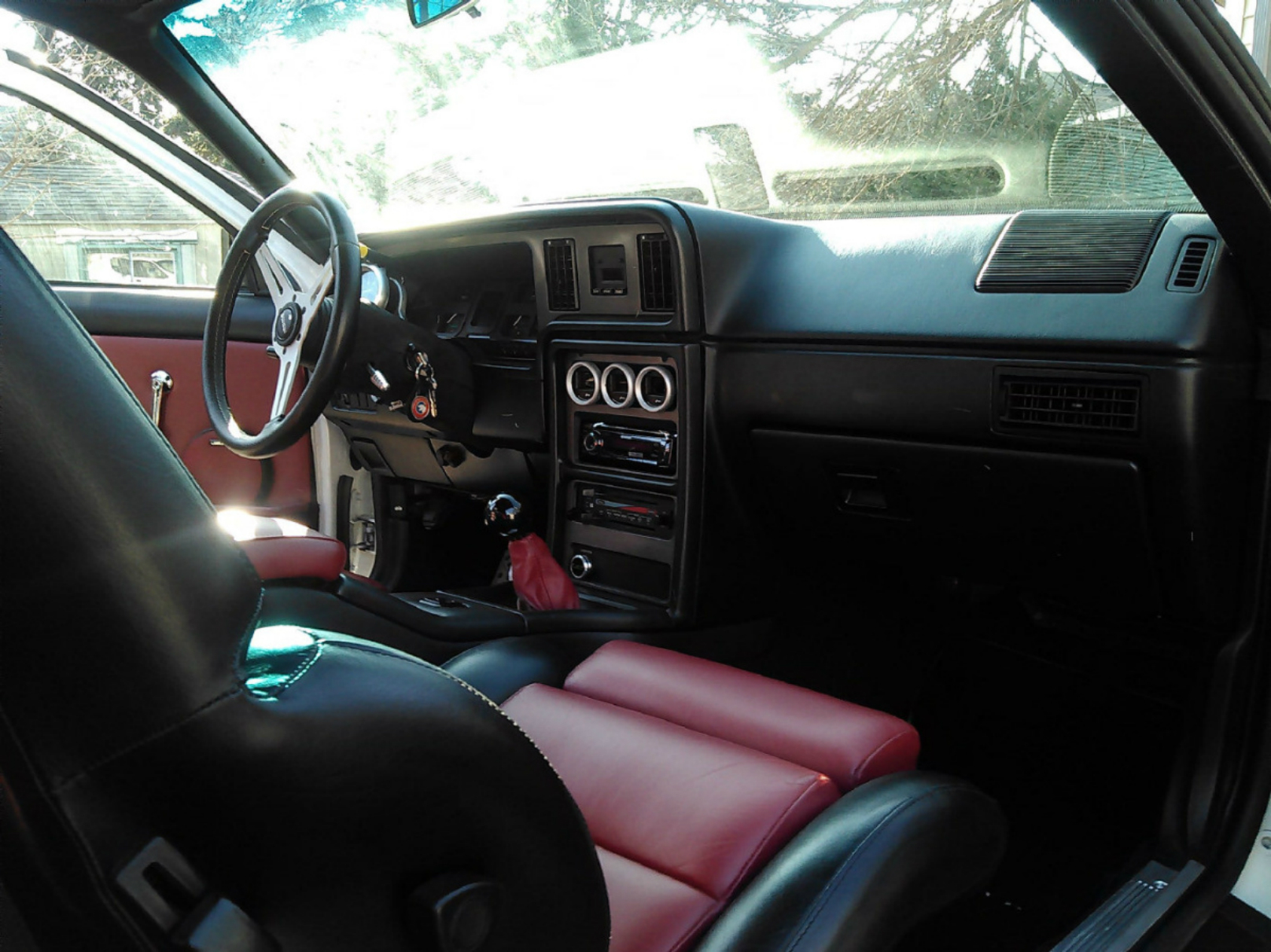 A supercharger was added providing between eight and 14 pounds of boost pressure. Power is backed by a Ford heavy duty Borg Warner T5 transmission through an overbuilt custom drive shaft and Ford 8.8 axle.

By Christmas 2010, it was towed off for a complete custom interior and rear trunk makeover.

The interior was a big job but well worth the wait, because the result was so amazing. We installed a pair of older-style Recaro seats Cathy found online from a 1979 Indy Pace Car. The door panels were modified to match the seat’s black and cranberry red leather.

The Turbo Coupe dash was sourced from a 1988 Thunderbird parts car, and the full-length console was skilfully redesigned to look and work like it was made for a manual gear shift lever and bezel instead of the original column shifted automatic transmission.

A three-gauge cluster was built into the centre dash, and a matching tachometer was mounted old-school style on the tilt wheel and column. Polished aluminum accessories add balance and just enough distraction for anyone’s eye.

The entire process took eight years to complete. We are now finally driving and showing it and have picked up a couple of top awards endorsing the great work that has been done.

It’s not unusual to hear someone say: “This looks like a car my mom had.” My answer is: “Look again. This is one bad cat.”

A friend and I will be cruising down to Carlisle, Pa., in it this summer to celebrate Cougar’s 50th Anniversary at the Ford Nationals. 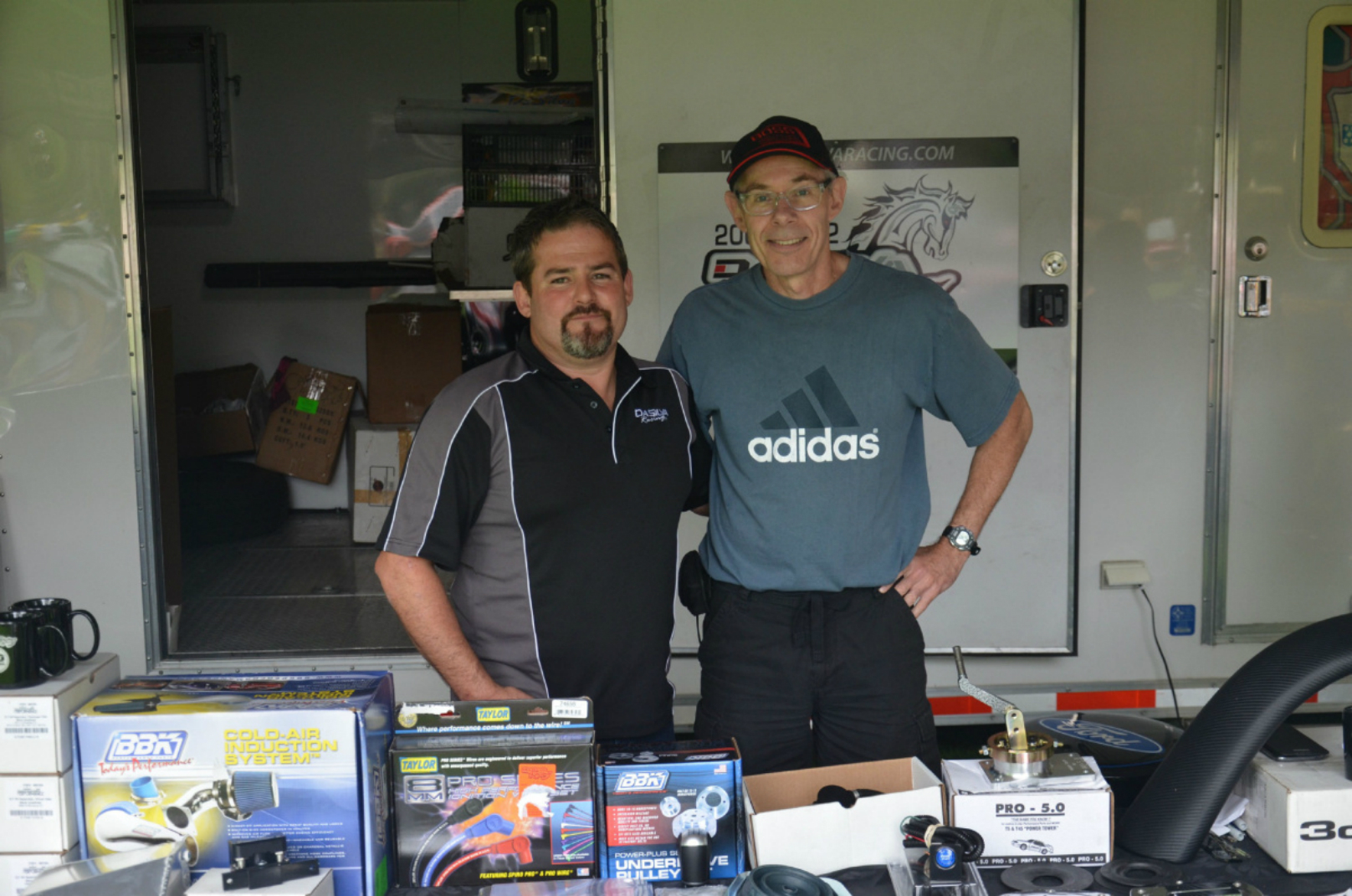 Show us your candy: Got a cool custom or vintage car? Send us high-res pictures (at least 1 MB) of you and your family with your beauty, and your story. We like photos — the more the better — of the interior, trim, wheels, emblems. Email wheels@thestar.ca and type ‘Eye Candy’ in the subject line.