The Story: As a passionate car guy, Jon Rosenthall enjoyed modifying the family’s various modes of transportation over the years. At some point, he fell in love with the classic lines of the MGB.

?The MG Car Company built a half a million of these LBCs, and I wanted one,? he recalls. ?So on a sunny day in June in 1980, just before British Leyland axed the MGB, I purchased Neville, a 1970 MGB Tourer.?

Neville was actually built just two months after Rosenthall got married in 1970.

However, in those days, if a car was not sold in the year of manufacture, the Province of Ontario considered it all-new again.

So, as far as Ontario is concerned, Neville is a 1971 model.

From 1981 to 2002, Neville joined Rosenthall on the road as a travelling rep for several companies.

?My territory was from Cornwall to Windsor, Owen Sound to Fort Erie,? he says. ?With the exception of the silly season each year (winter), we socked on the miles. To date, Neville has a little over 343,000 very enjoyable and relatively trouble-free miles.?

Over their 34 years together, the car has never been restored. It has been repaired and repainted three times, once due to accident damage.?Mechanically, the car is stock, save for a 13,000-mile spell with a supercharger, but that is a story for another time,? Rosenthall adds. ?The exterior is fairly original. However, the interior is totally modified.?

The car has power windows, power brakes, power steering and power lumbar in the driver’s chair, along with a CB radio and cruise control.

There is a 100-watt amp driving a subwoofer connected to four speakers.

?The option that really allows Neville and I to drive in relative safety on Ontario’s 400-series highways is a 175-db air horn,? Rosenthall jokes.

?I continue to marvel at my enthusiasm for this car,? he adds. ?For an old car, it is so well-engineered that I find it totally suitable as a daily driver. Every mile that we travel together is euphoric.? 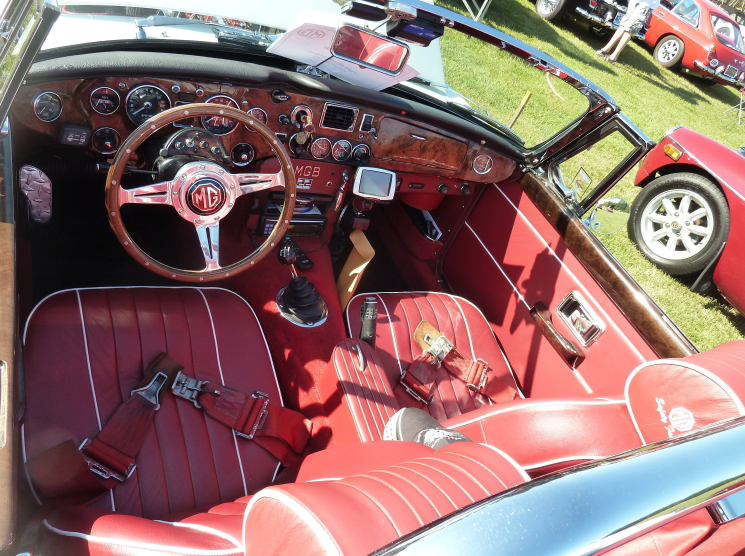 Show us your candy: Do you have a beautifully restored car? Send us your pics, along with a few sentences about why it’s special to you. If we choose it, we’ll run it in Wheels. Email wheels@thestar.ca and put ?Eye Candy? in the subject line.