The only surviving Charger from the 1997 film remake of the 1971 car chase classic, Vanishing Point.

The Car: 1968 Dodge Charger. The only surviving Charger from the 1997 film remake of the 1971 car chase classic, Vanishing Point.

My wife and I had our first daughter, and as often happens, I had to trade my Charger for a more family-oriented vehicle. For years and from sedans to (groan) minivans, every car selection was a lacklustre but rational choice for a growing family.

Although the trade-off was worth it initially, as two more daughters arrived and all entered into the hormonal teenage years, amidst arguments over nail polish and tears over, well … everything and anything … I decided that it was time for me to make another trade-off.

Like all good stories, this one took time — more time than expected — and it wasn’t until 2012 that I fell into deep pursuit of purchasing the “Utah Beast” — the 1968 Dodge Charger that was driven by Steve Railsback in the role of vengeful State Trooper Sgt. Preston, in the 1997 remake of the car cult classic Vanishing Point movie.

“Do you think we’re going to nail him in that dogpile Chevy?” Preston asks his deputy, adding: “It takes a Mopar to catch a Mopar.” 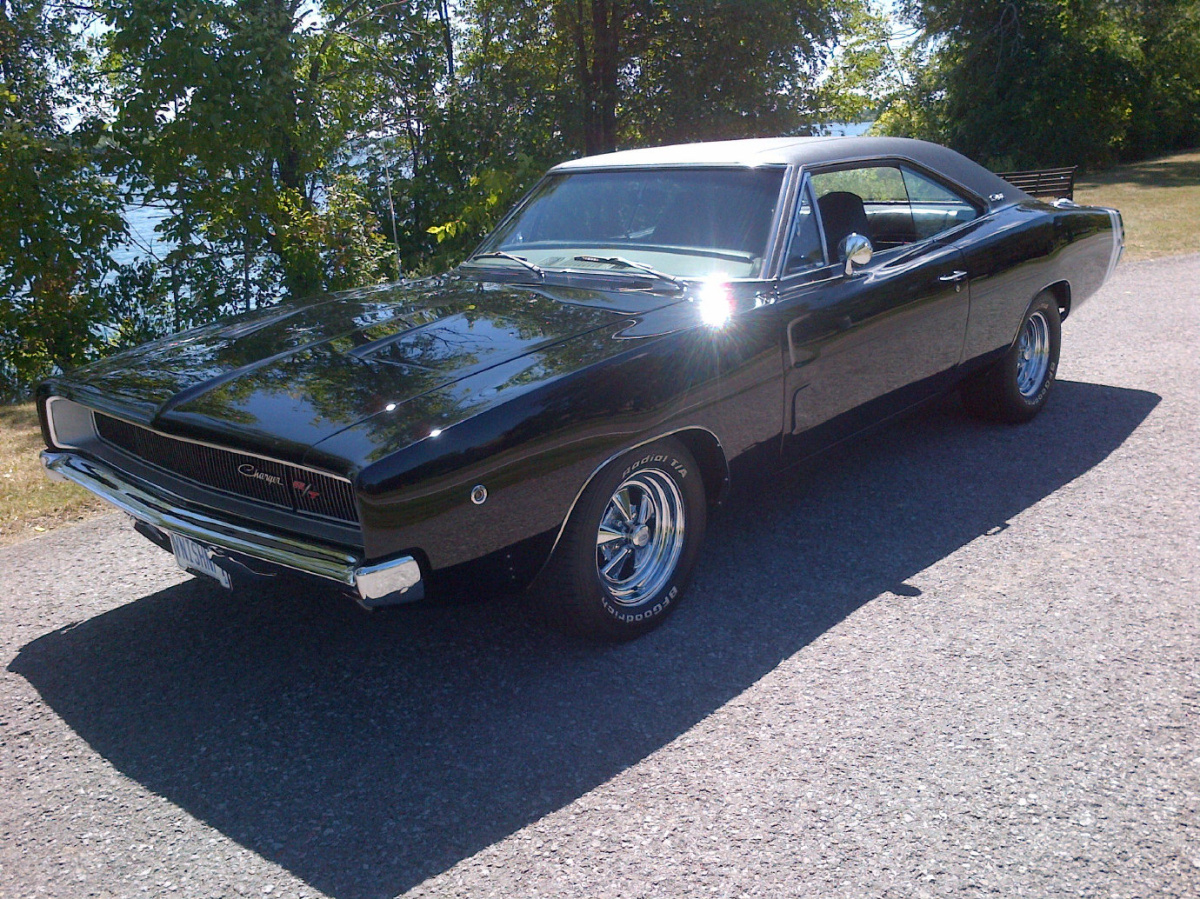 EYECANDY-1968 DODGE CHARGER A Dodge Charger fan since his teens, Mark Hurd sold his beloved ’71 model to get a family vehicle when he and his wife started raising their three daughters. By 2012 the kids were grown up and Hurd was ready to get behind the wheel of his dream machine and he managed to get his his hands on the one used in the 1997 remake of a cult classic car movie.
Uploaded external by: stancu, henry

Staring Viggo Mortensen as James Kowalski, on the run in a white supercharged 1970 Dodge Challenger R/T, the movie is best known for the Monument Valley chase. Jason Priestley has a special appearance as “The Voice,” who broadcasts the chase through on-air commentary to his radio listeners, exemplifying the speed, the pursuit and the dust of the Utah desert beneath the wheels of the two Dodge Mopars.

The chase is astounding and embodies the velocity and momentum of both cars, but especially demonstrates the intensity of the Charger as it reached the speed of 140 miles per hour.

The filming of this chase was what led to the destruction of one of the two Chargers used in the movie. I saw an advertisement for the car previously owned by the writer and director of the movie, Charles Robert Carner, in Las Vegas, Nev.

The pursuit was on, and two days later, I left a cool Canadian November and walked off a plane into the dry Nevada heat. I met with Motorcars of Las Vegas, purchased the car and had it shipped back to Canada. It took until December to arrive, and when I saw the flatbed pull up, I knew the pursuit was over.

I had caught my Mopar — the Utah Beast. The black R/T 2-door hardtop with black interior and a 440 Magnum V8 engine rated at 525 horsepower came with some documentation as well as paraphernalia from the movie.

The history of the car’s ownership went back as far as Carner, however, I wanted to research even further. As the car entered numerous garages at the AutoDream group here in Niagara Falls for minor modifications, I hired Western Limited, a private investigation firm located in California in pursuit of obtaining research of the history of the vehicle.

They were able to obtain all documents, including the 1996 title. This investigative report also put me into contact with Jeff Dines, from Glendale Ariz., the owner of the Charger who sold it to the movie director in 1996. 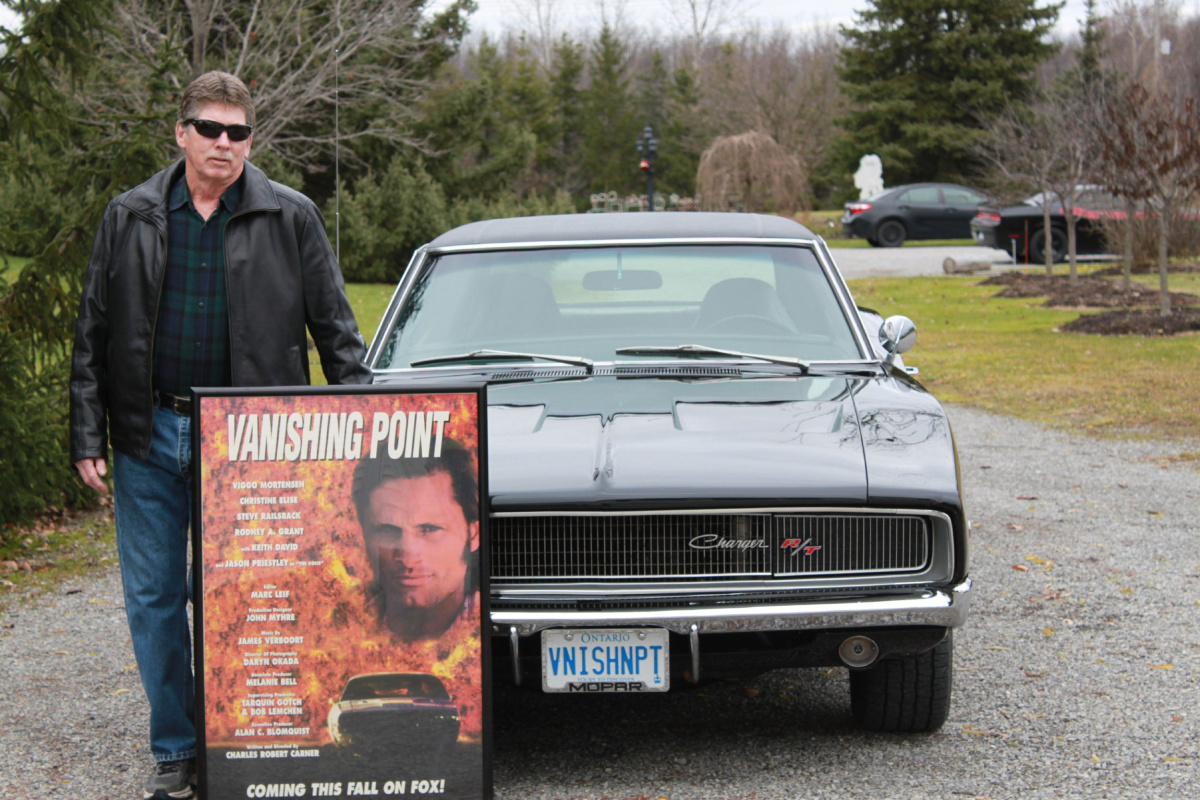 In the years since purchasing the Utah Beast, I have done very little to the car, however, fresh paint, Cragar rims and some new vinyl have definitely updated the look. The car is the prize in my collection of Chargers that includes the addition of a 1971 and 1972.

I love driving the Utah Beast, and my wife and I cruise vociferously, though no longer through the dust of the Utah desert, opting instead for the soft serene forgiving tranquility of the Niagara Boulevard.

Although past the wobbly teenage years and now driving rational vehicles for their own growing families, I have never permitted any of my girls to drive the Utah Beast. I am, however, highly regarded as the cool Papa in the loud race car when I pick my grandson up from school. My two other grandkids are little yet, but they too will be able to come along soon.

We may not all be criminals as Jason Priestley, “The Voice” exclaims, but flying in my Utah Beast, I most undoubtedly feel free. It was a trade-off worth waiting for. 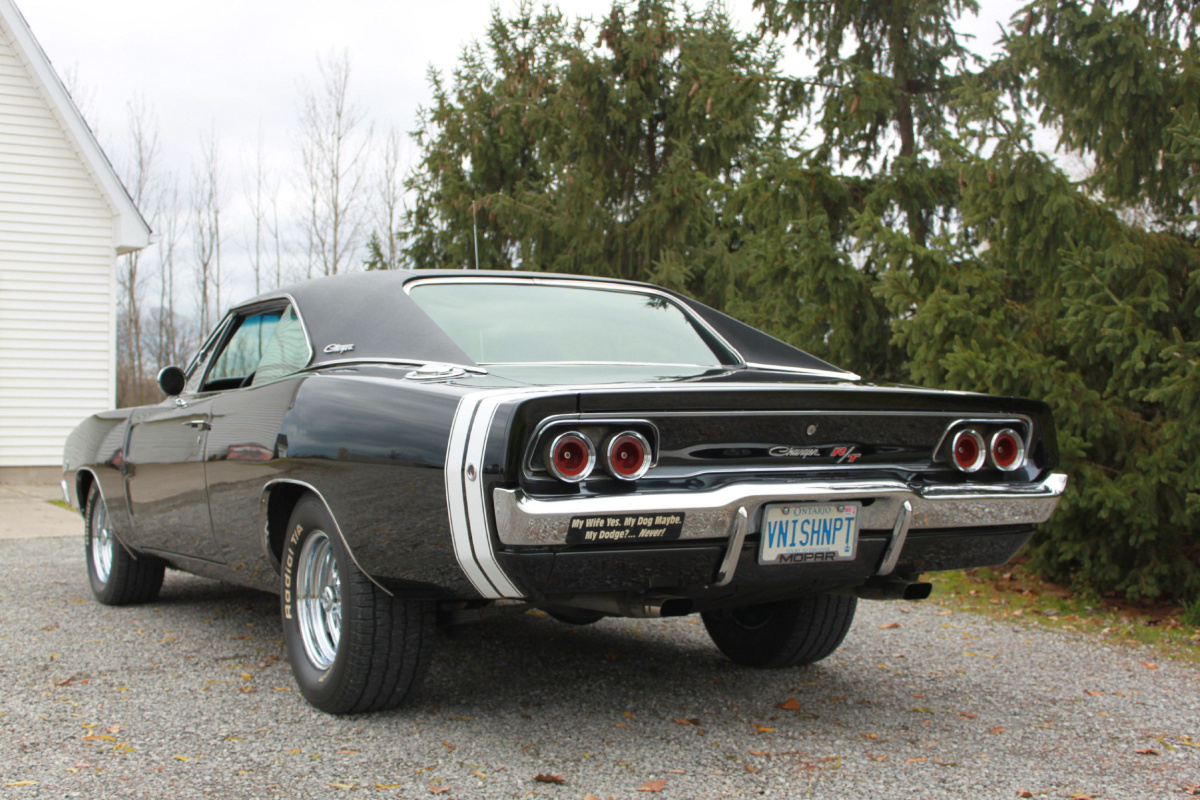 Show us your candy: Got a cool custom or vintage car? Send us high-res pictures (at least 1 MB) of you and your family with your beauty, and your story. We like photos — the more the better — of the interior, trim, wheels, emblems. Email wheels@thestar.ca and type ‘Eye Candy’ in the subject line. Google ‘Wheels.ca Eye Candy’ to see past classic car confections.