What happens after retirement?

In my case, being enamoured with shiny metallic objects and classic cars, I chose to venture out to find a source of both elements.

It was at the Barrie Automotive Flea Market that I encountered this masterpiece of art — a 1959 Cadillac — known as “the Caddy with the biggest fins and the most chrome.” 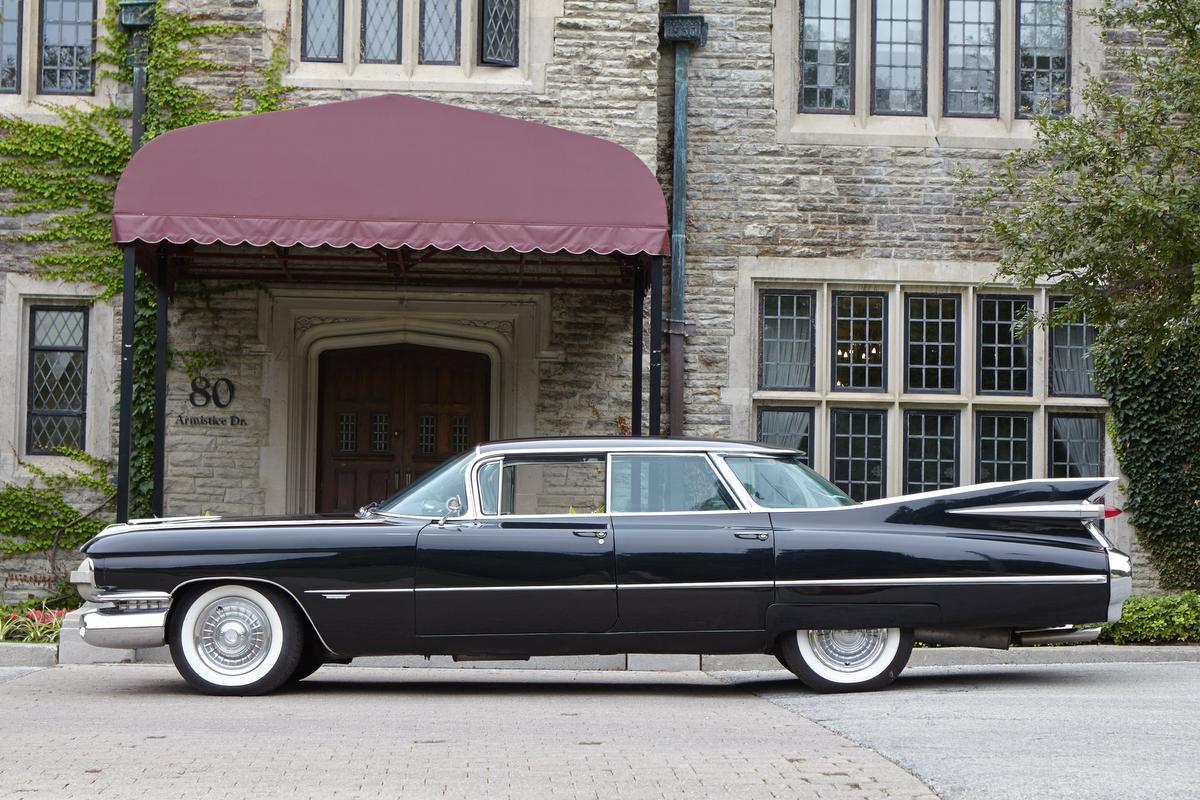 When he laid eyes on his 1959 Cadillac Sedan de Ville, Joseph Ansara had to have it, and he made a deal before it hit the auction block.

I bought it without hesitation, even before it was to be auctioned. While it may seem like an over-the-top car choice to some people, my wife of 54 wonderful years, Rika, loves this sedan as much as I do, although maybe not so much at first.

The 1958 Cadillac’s fins were modelled after the design of the World War II-era American Lockheed P-38 Lightning fighter plane’s look, but the ’59 version took it to the extreme, making it the most flamboyant car style on the market.

As for the chrome details, one writer sarcastically remarked that it was the era in which chrome was being applied with a trowel.

Numerous upgrades were subsequently performed. The ignition, windshield wiper and light switches were replaced or repaired. Even the dashboard clock didn’t escape replacement. The horn ring on the steering wheel was broken, so a new one took its place.

The whole interior, including headliner, seats and floor covering, was renewed. Most important, you had to be aware that the two wheels on the driver’s side had left-hand threads on the wheel studs, as they were designed to be. They were changed to right-hand threads for practical reasons.

Being disenchanted with cranky carburetors and faulty fuel pumps, I had the whole engine and tranny replaced. Out came the original 390 C.I. 325 horsepower motor and powertrain, and in went a 6.2-litre 2016 Cadillac Escalade engine that makes 420 hp, with increased torque, and a 4-speed automatic transmission with rear wheel drive. 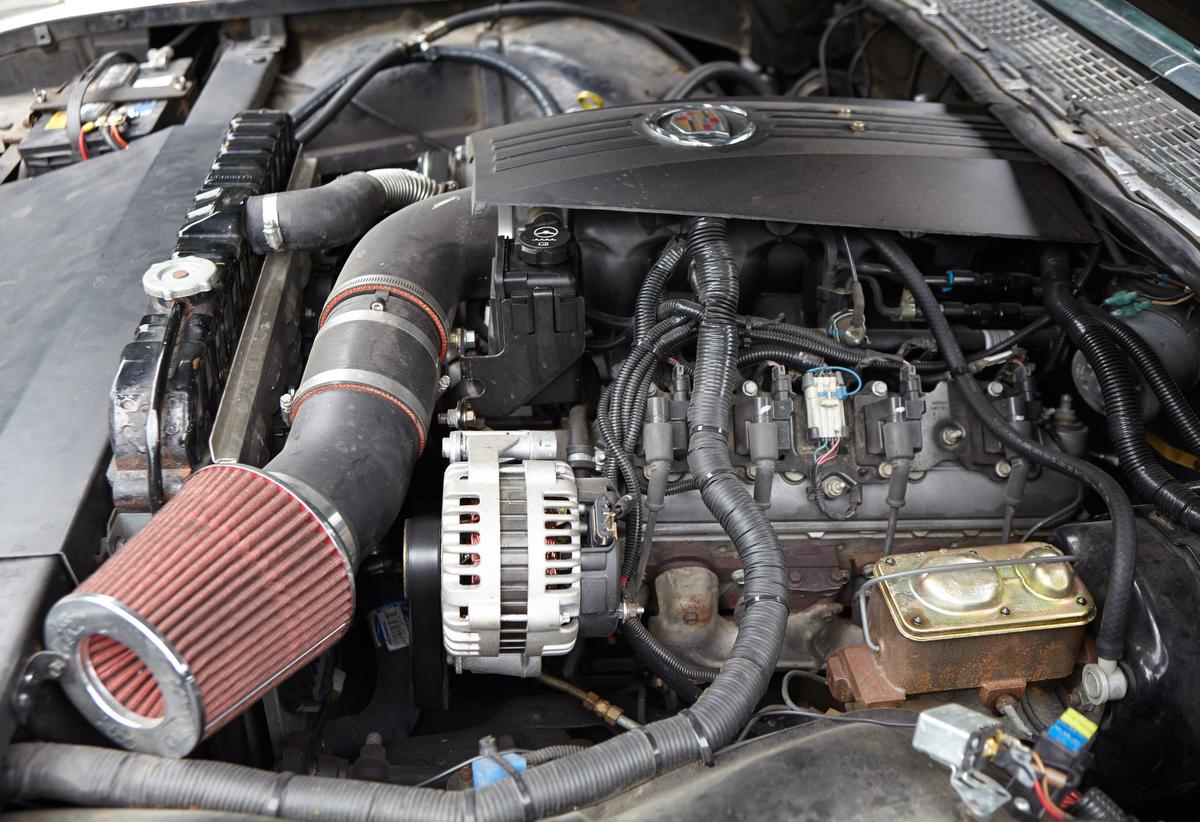 As part of its restoration, the ’59 Sedan de Ville’s motor and transmission were replaced with a 6.2-litre 2016 Cadillac Escalade engine and a 4-speed automatic.

This whole transplant operation was performed at Meni’s Auto Shop, on Danforth Rd., in Toronto. Meni and his skilled assistant, Erich, are to be congratulated for this superb transformation.

My final word on the fins and chrome comes from a story I heard from members of the Cadillac and LaSalle Club that Rika and I belong to.

Before the ’59 Cadillac went into production, Harley Earl, the head of design at GM, looked at his team’s drawing board sketches before going away on a vacation, and felt the fins were too high. He said they should be reduced by an inch. Whether it was deliberate, or a mistake, they added an inch and Earl later approved the design, saying the change looked better.

A similar scenario regarding the amount of chrome had Earl telling designers to add as much as they wanted, and if he didn’t like it he would have some of it removed. You guessed it. He never did take away any chrome from the original design.

As for myself, I embrace my chrome addiction. I had chrome extenders installed on the ends of both exhaust pipes, the original black rear fender spears were replaced with chromed ones, and the rear bumper was re-chromed.

The original 1959 Cadillac design did not include a hood ornament, so I acquired the “flying lady” mascot and had it re-chromed and installed on the hood. There she is, ensconced in all her splendour, ready to lead the way to new vistas and adventures. 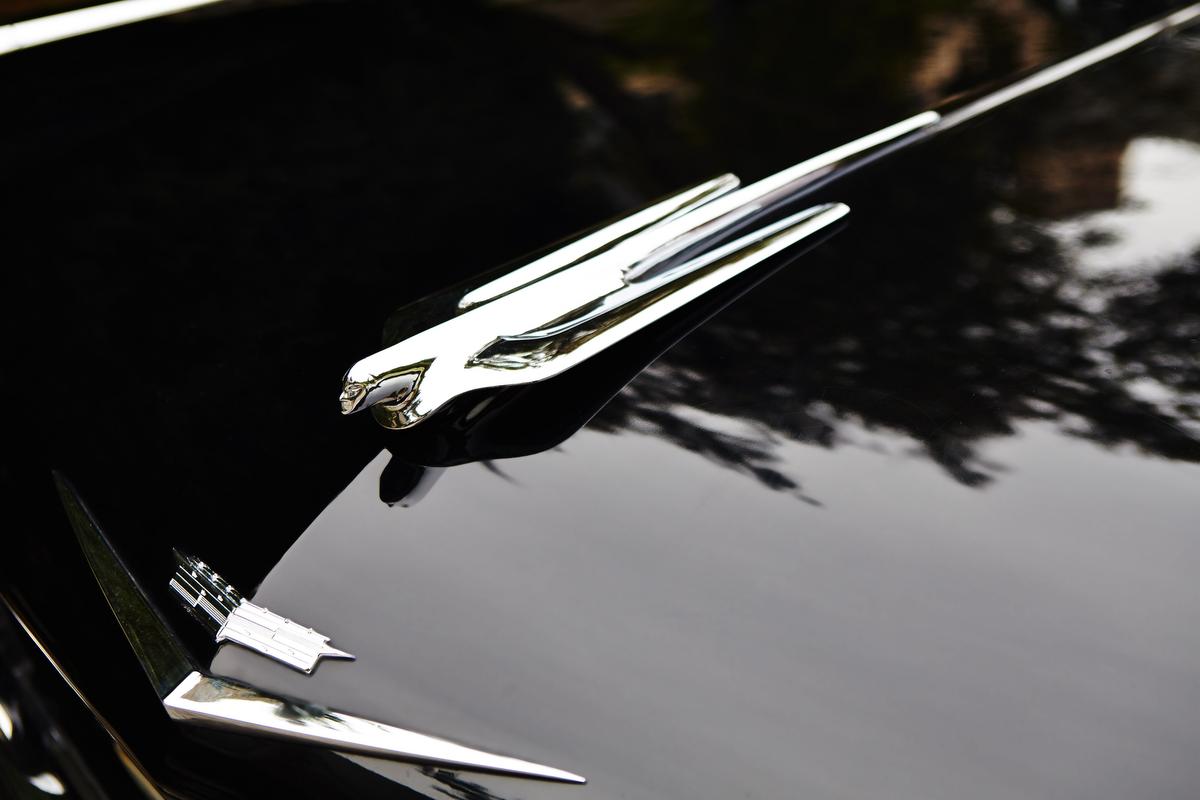 Joseph Ansara thought the Cadillac hood crest was a bit understated for a vehicle of its stature, so he added this soaring chrome mascot to the hood of his ’59 Sedan de Ville. 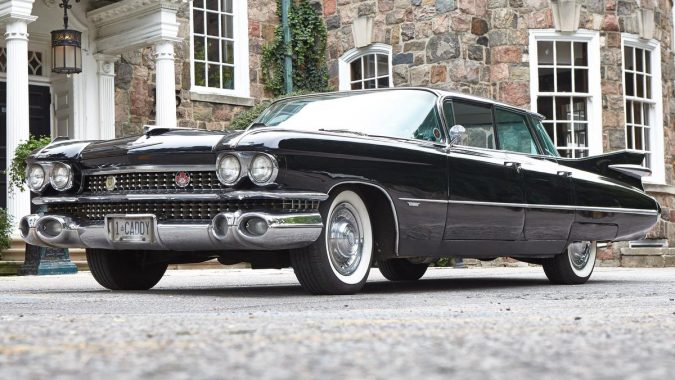 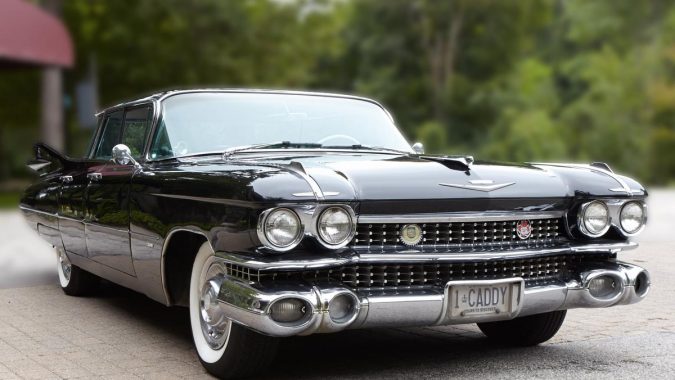 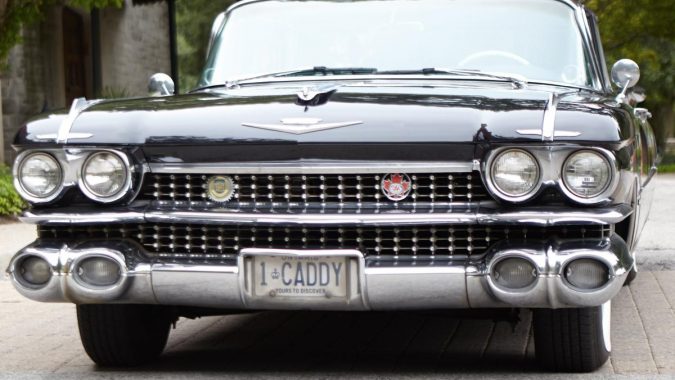 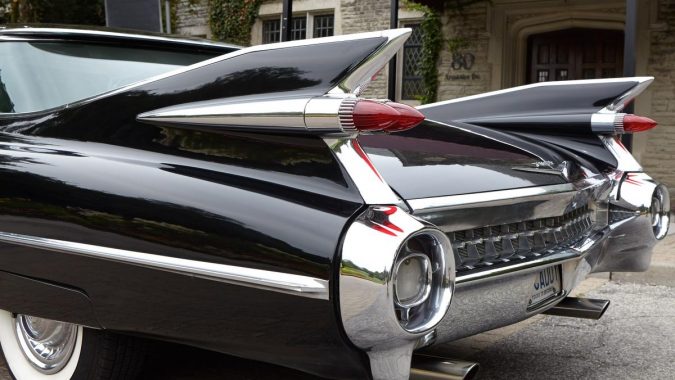 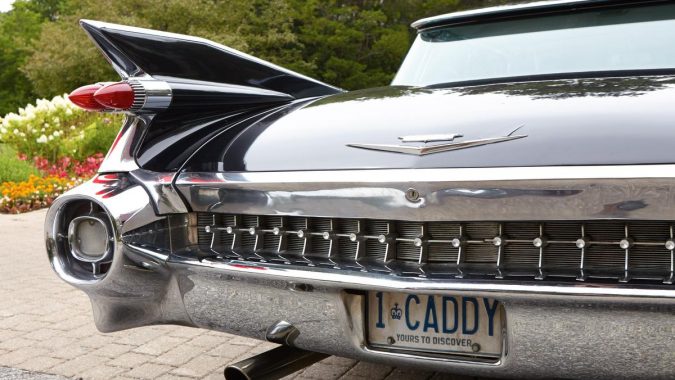 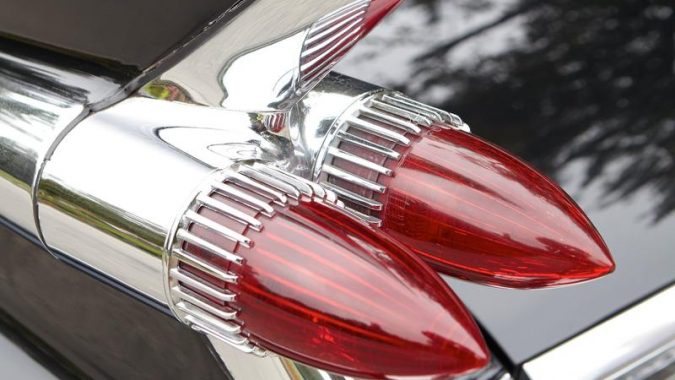 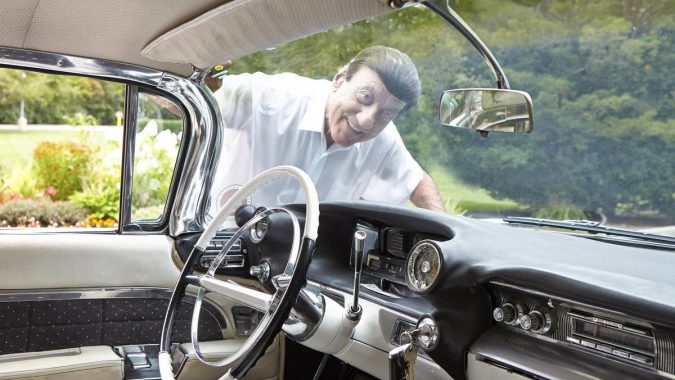 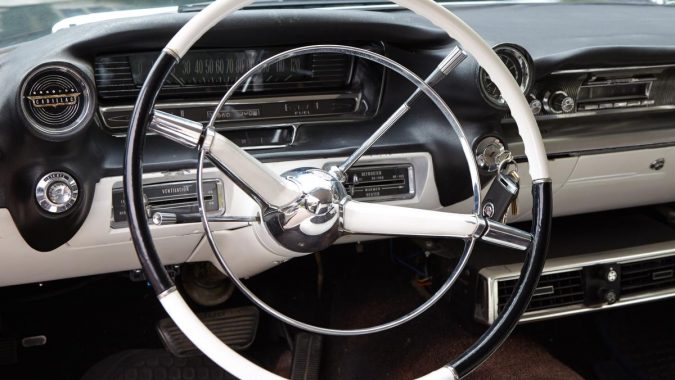 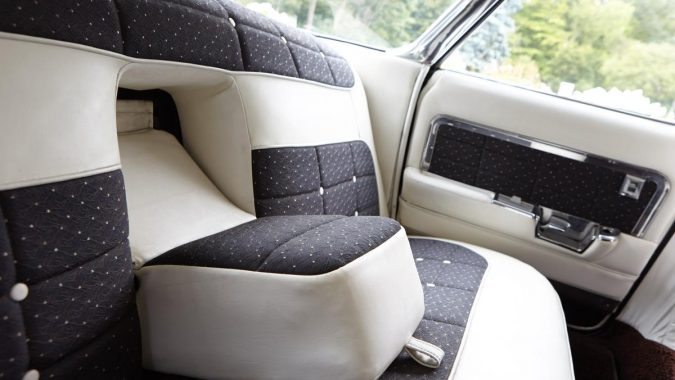 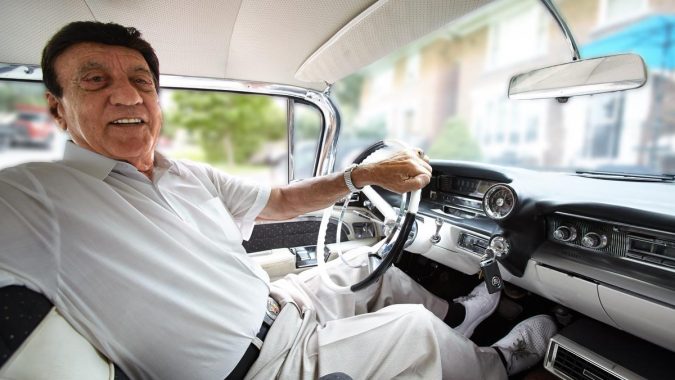