Built in Nevada, it was California driven until being brought to Ontario around 1974, which is when I first saw its owner arriving at work in it when I was working with my dad in Maple.

This two-tone Twilight Turquoise and Ivory beauty’s original owner frequented Lake Arrowhead Village, a vacation resort in the San Bernardino Mountains east of Los Angeles, as the 1956 to 1958 windshield stickers indicate. It also has a sticker showing the owner was a more than 20-year member of the Automobile Club of Southern California. 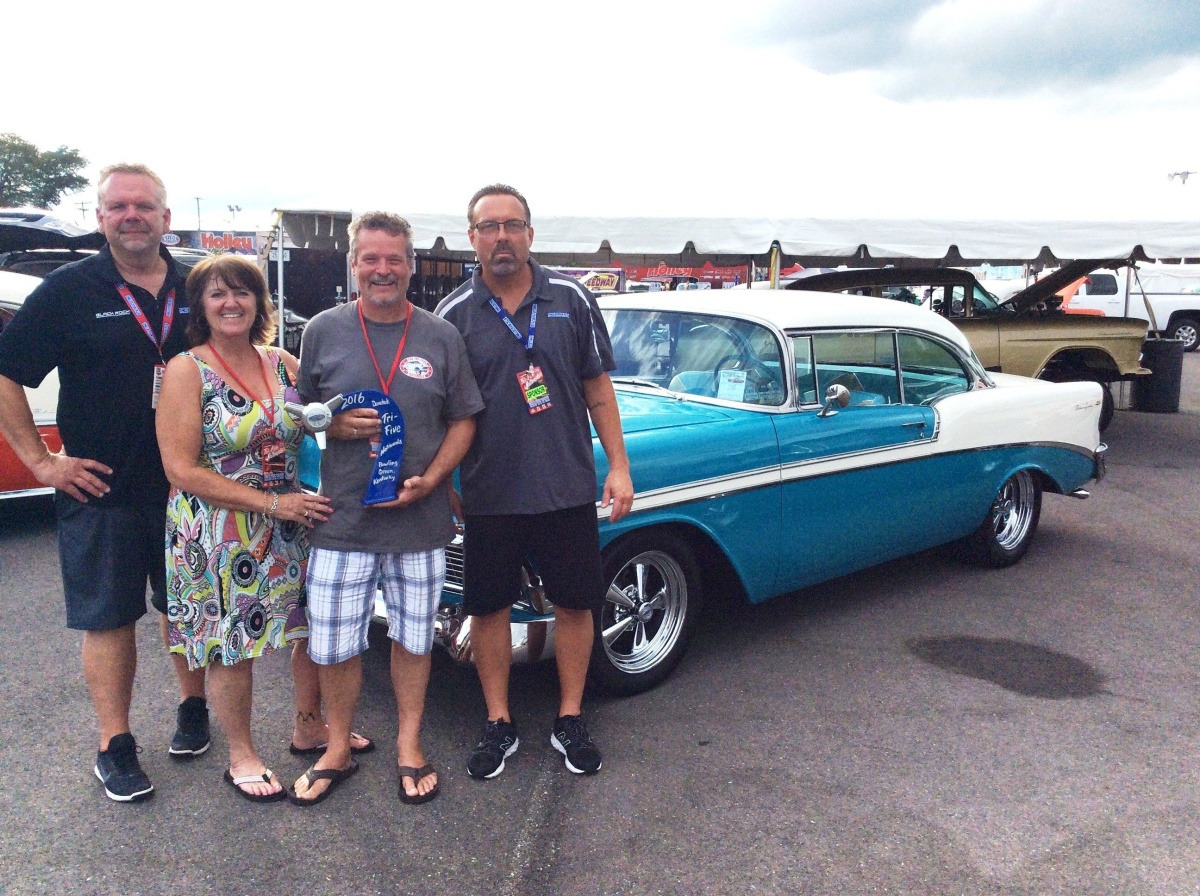 After getting it, Mike, the owner who brought it to Canada, replaced its 265 V8 with a 283 Corvette engine and put in a 3-speed transmission. The moment I saw it, I knew I had to have this car and told Mike to let me know if he ever wanted to sell it.

My girlfriend, Brenda, and I would take it to her family’s Pointe au Baril cottage, on Georgian Bay, every weekend from Etobicoke. We’ve been married 34 years now.

We had a lot of great times cruising the streets around Toronto and along the 400 series highways throughout the GTA and further until 1982.

Marriage, a house, our two children and their progression through the grades and on to university, left little time for the Chev Bel Air, which by then had logged about 54,000 miles. It sat in our heated garage over three decades waiting for the day it would once again grace the roads of Ontario and beyond.

The car is a rust-free example of the type of owners who look after a vehicle; original body panels, trim, shiny chrome, and no sign of accidents. We had it repainted in the original two-tone colours in 1985.

In early 2015, the time was right to bring her back to life, so we had Bob Hilton Motorsports, in Cambridge, Ont., fit her with a 6.0-litre LS1 iron block V8 engine with aluminum heads, a BorgWarner T-56 six speed manual transmission and a John’s Industries 9-inch rear end.

Later that year, Boot Hill Automotive Resurrection, in Erin, Ont., did the finishing touches getting the interior, electrical wiring, exhaust and other upgrades, like disc brakes and classic gauges, to put the heartbeat back into these wheels.

The original bench seat with period correct interior parts had been purchased from CARS Inc., back in 1987 and stored in boxes in our basement waiting to be installed.

We got to bring her home in November. She sat in storage once again that winter, waiting to get out on the open road for the summer of 2016, when it made its maiden voyage to the The Danchuk Tri-Five Nationals, in Bowling Green, Ky., for the 60th anniversary of the 1956 Chevy.

Since getting our Chevy Bel Air back in shape, we have enjoyed going to local car shows in Durham Region and cruising the streets of Port Perry. As of today, there are 3,700 miles on the new re-build and restoration and we’re looking forward to many more enjoyable miles and years to come. 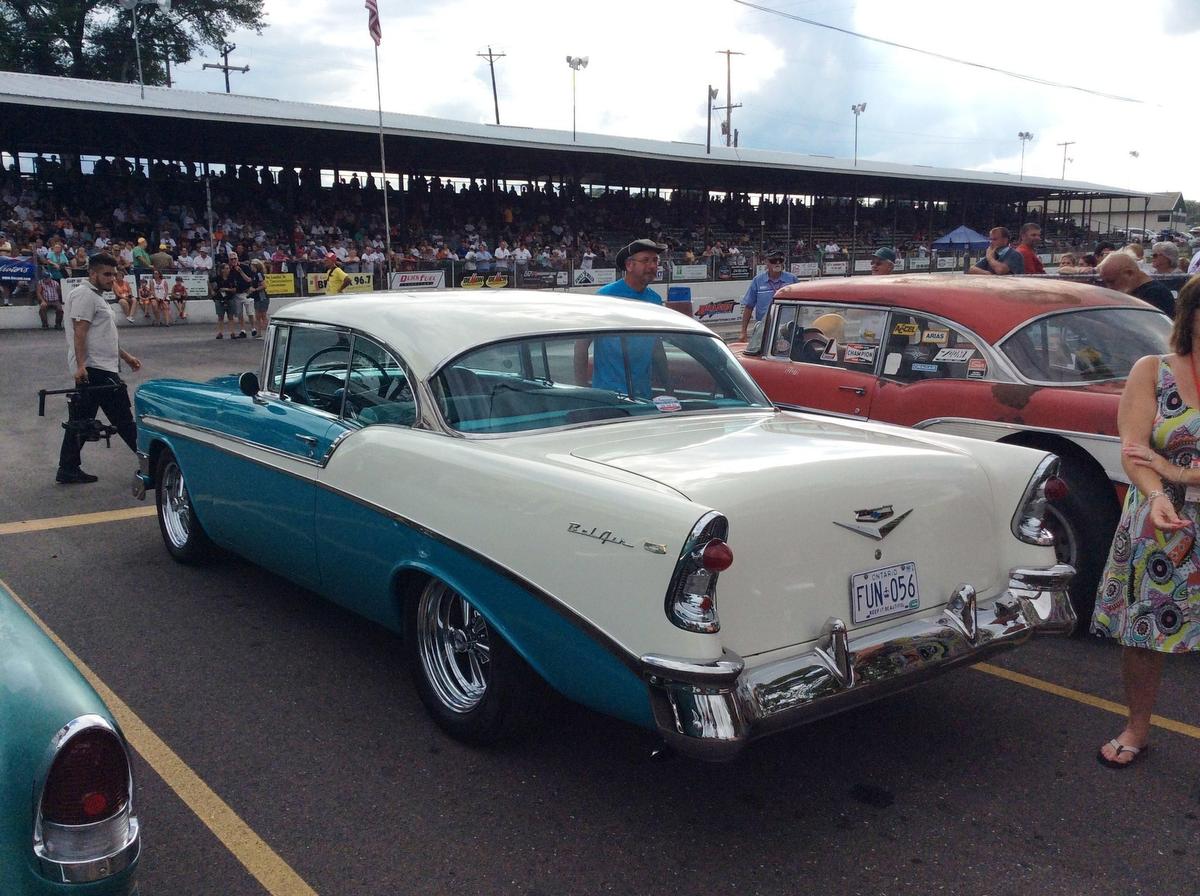 Enjoy more candy on Wheels.ca: Click the links below to sample the full collection of past Eye Candy cars sent in by readers. 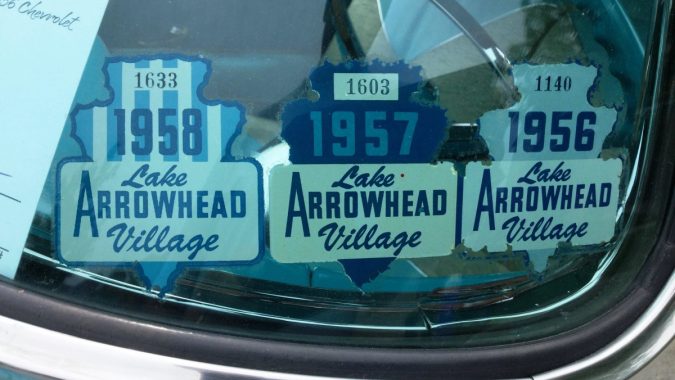 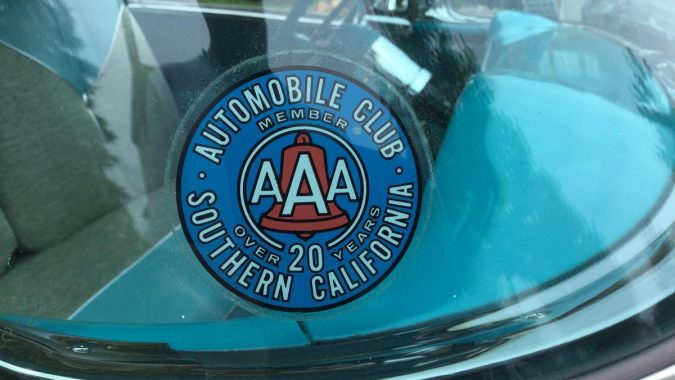 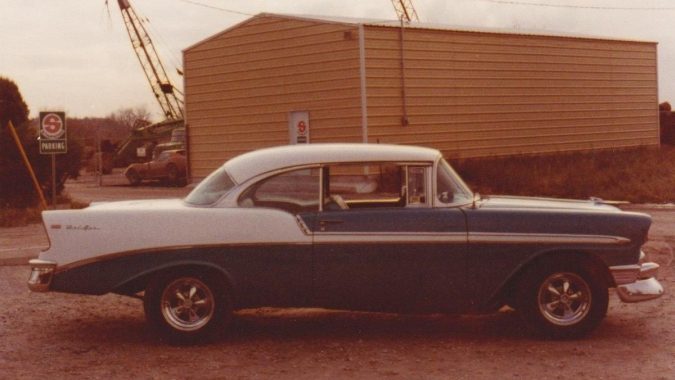 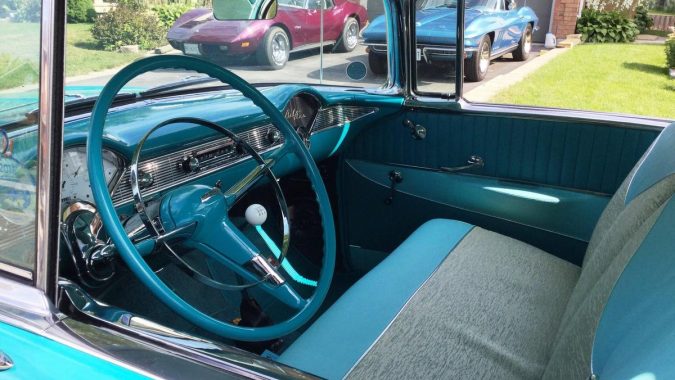 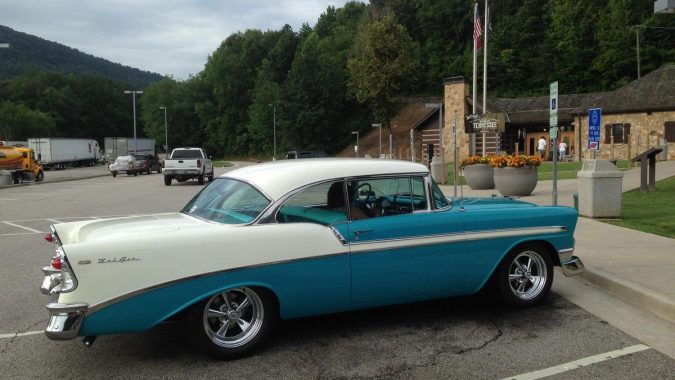 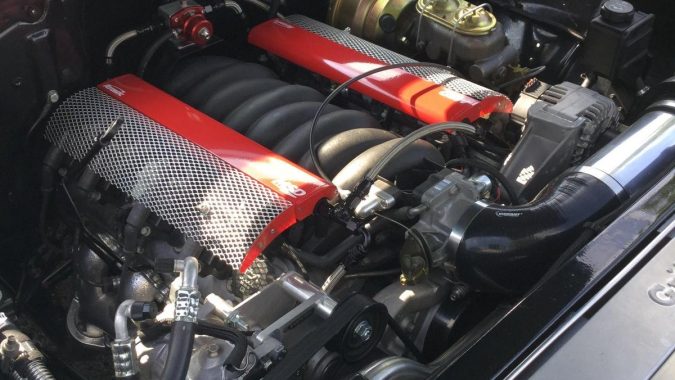 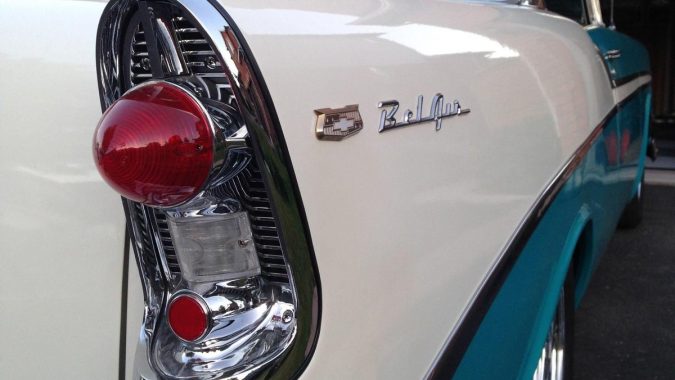 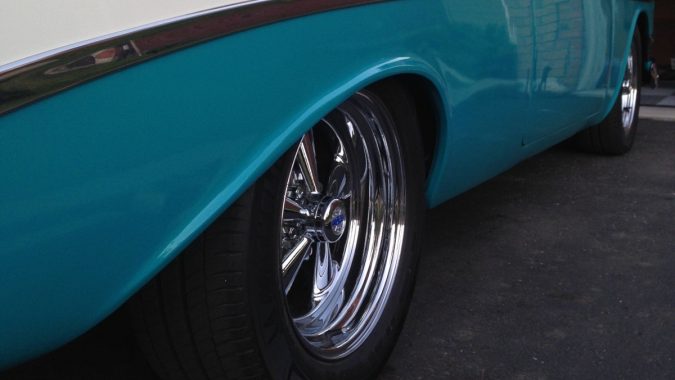 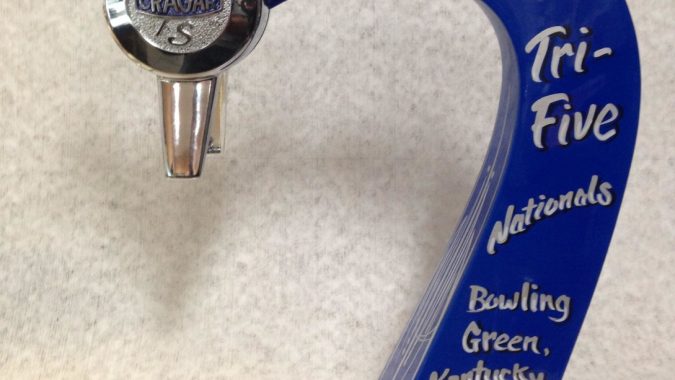