Ernest Tucker with his daughter, Katy, on a perfect summer day cruise in the 1954 MG TF.

When I saw Roy Wright’s article in the Toronto Star’s August 18 Wheels section, I knew I would add my own column if I got the chance.

For those who may have missed it, Roy wrote about falling in love with the Porsche 356 in his teenage years and finally acquiring his own beautiful example of the breed in 1983. My story is similar, if slower, and was in fact, partially inspired by Roy himself.

I was younger than Roy when I first saw the automotive love of my life. I was at home in London, Ont., probably 6 years old, when I stepped out of our side door to see, across Emery St., an actual MG T-series roadster. 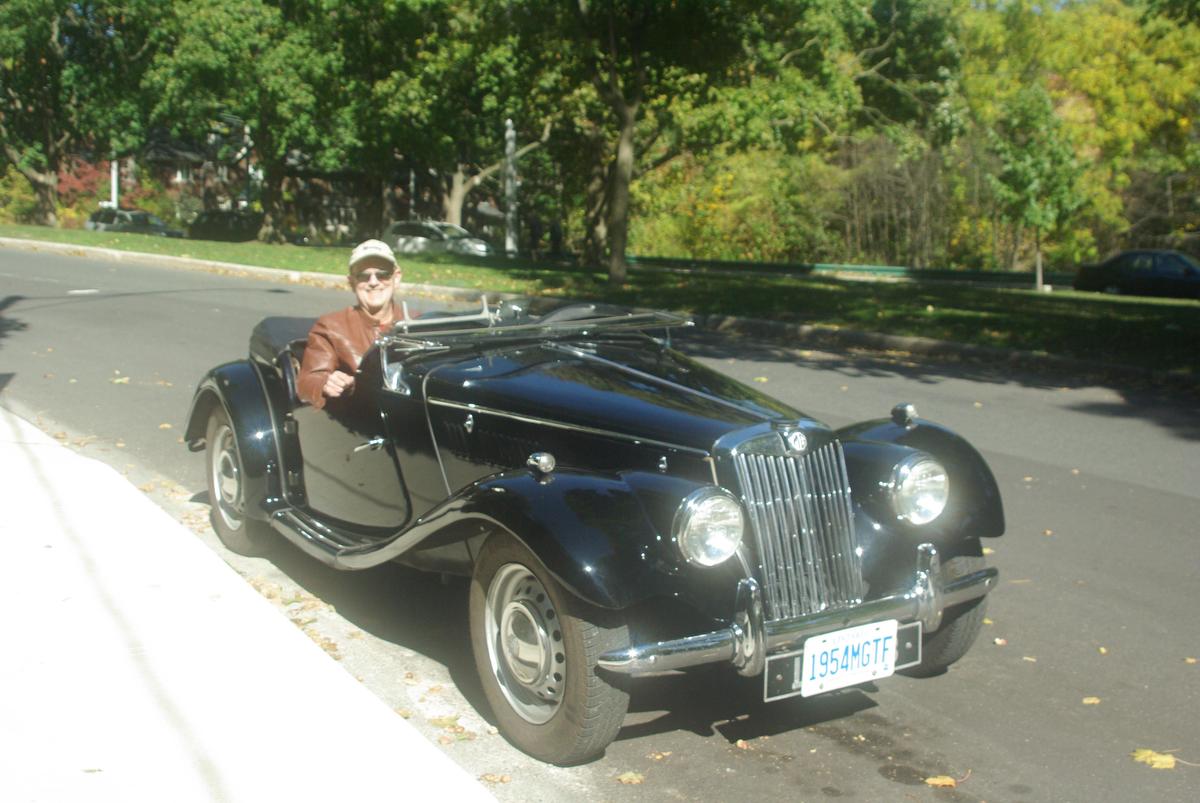 A right-hand drive dream machine. Ernest Tucker “answered the MG’s siren song” when he bought his ’54 TF roadster in 2004 after the mortgage was paid off and his kids’ university tuition secured.

I had seen them in pictures and movies but this was my first vision of one in the flesh. I was transfixed. The MG was across the road, and knowing better than to cross the busy thoroughfare, I stood on our sidewalk gaping for a long, long time.

As an adult, I moved to Toronto and became a high school teacher. Late in my career I moved to Scarborough’s Wexford Collegiate, where Roy taught art. I knew he had his beloved Porsche, though he never brought it to school, and on more than one occasion our paths crossed when we, independently, wandered over to Heimrath Porsche, just to drool a little between lunch and afternoon classes.

It was this past August, thanks to a Wheels section notice, that I fulfilled a decades-old dream as a ride-along for a few laps at Canadian Tire Motorsport Park with former Canadian racing champ Ludwig Heimrath Sr., in a 911, but that’s another story. Heimrath is the founder and former owner of the still-thriving Porsche Sales and Service business that bears his name.

Retiring from Wexford in 2001, I was extremely fortunate to land a teaching post at Toronto French School, in North Toronto. My daily drive took me past Service Plus Automotive, on Laird Dr., where three years later I saw my black 1954 MG TF.

My first year of post-retirement teaching met the final demands of our mortgage and the second provided a good base for our children’s university tuition. When the MG TF called out, I was as transfixed as that 6-year-old. I thought of Roy’s 356 and felt I had the resources to answer the MG’s siren song.

Gord Donnelly, then owner of Service Plus, did a frame-off restoration. More recently the care of my MG has been ably managed by Martin Beer, of Reg Beer Coachbuilder, in Bolton, Ontario. 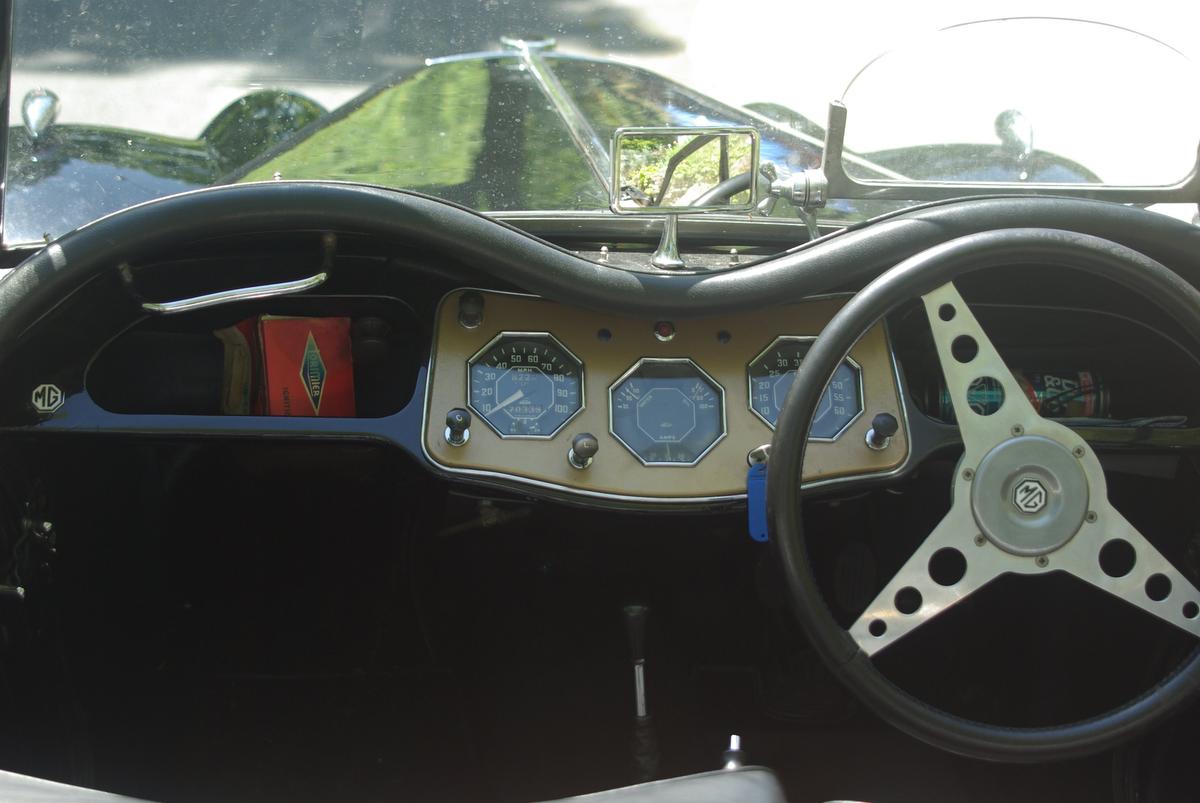 Originally built for British roads, Ernest Tucker’s 1954 MG TF is a right-hand drive vehicle, which sports an Abington racing windscreen, the only aftermarket addition to the vintage two-seat roadster.

The only aftermarket addition was an Abington racing windscreen, which may seem unnecessary on a 1466cc engine with 63 hp, but I’ll explain.

Gord had told me that my notion of driving with the windscreen folded down was foolish unless I acquired an Abington racing windscreen. Telling my father-in-law, Fred Dyer, about a year later, I received a stunning reply. “There’s an Abington windscreen in the third bedroom of the old cottage, on the top bunk.”

Fred’s brother had an MG TD in the ’60s, and his disinclination to throw anything out helped completed my dream car. This tiny windscreen can be seen in photos where the windshield is down and in the shot of the steering wheel and dash.

Although the MG TF does not get the road time it deserves, it does attend TFS pre-prom gatherings annually, weather permitting.

And it keeps the memory of a 6-year-old’s first love alive to this day. 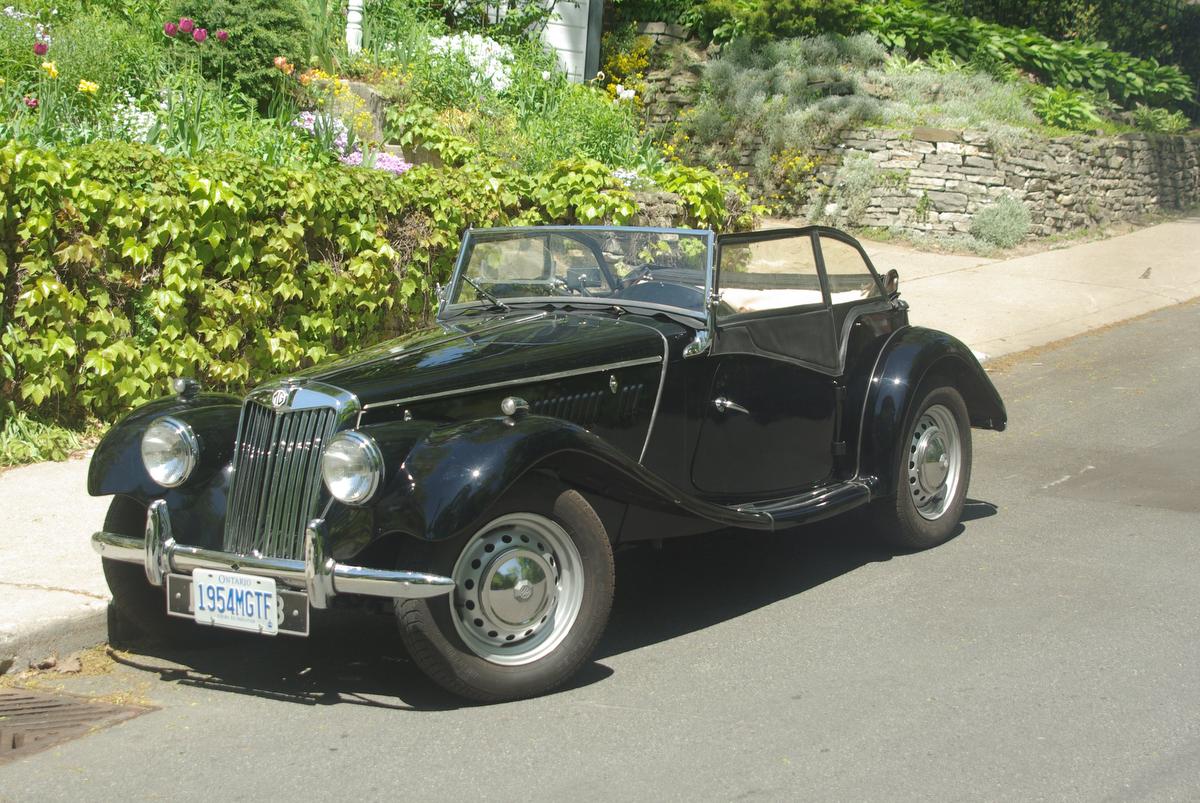 It was love at first sight when Ernest Tucker, at the age of 6, saw a T-series MG sports car parked across the street from his home. Later in life, his boyhood dream of owning one came true when he spotted his 1954 MG TF for sale on his daily drive to work in 2004.

An MG fit for a family 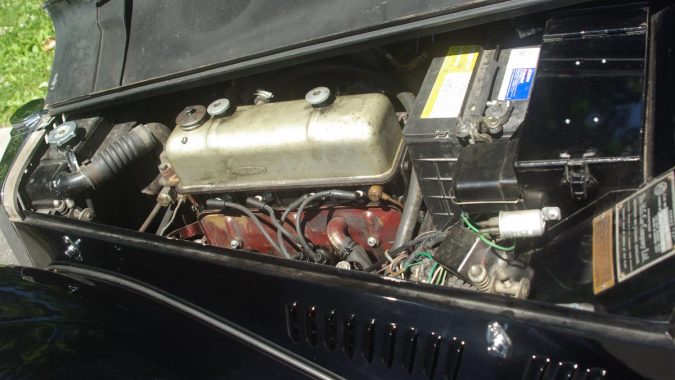 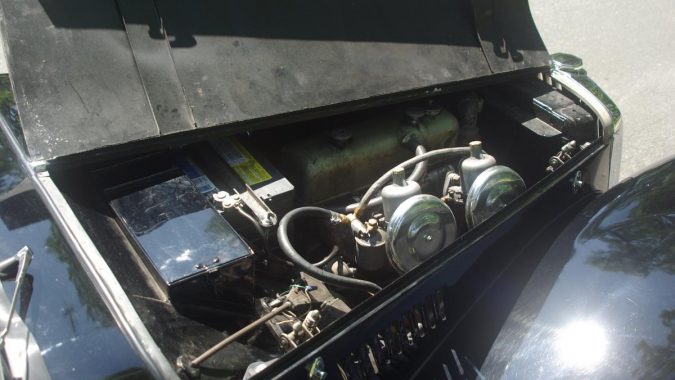 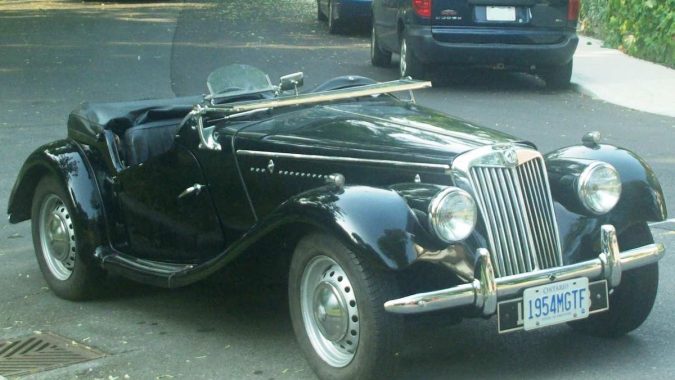 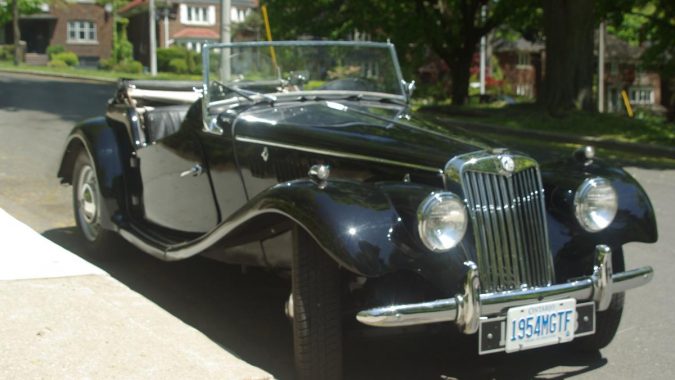 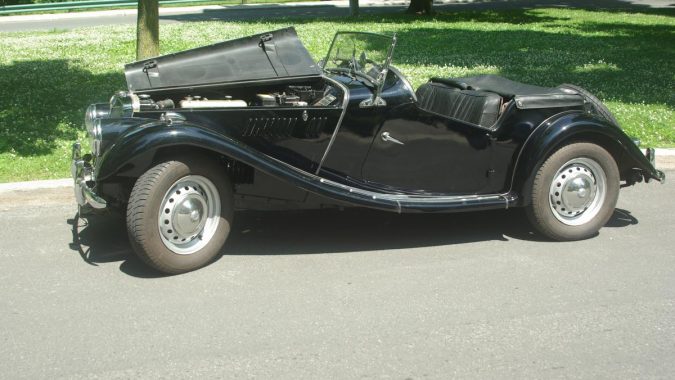