EVs create new challenges for first responders, but they're nothing to fear

Join the Conversation (0)
Electric vehicles have been on fire in the news recently, quite literally. From Teslas igniting while in motion, to an $800 million recall on Chevrolet Bolt EVs due to cases of spontaneous combustion from battery defects, EVs are currently capturing attention for all the wrong reasons.

This is clearly problematic during an industry push toward electrification, with consumer confidence and automaker profits taking hits. But as far as first responders are concerned, EVs don’t create any additional risk to the public when compared to internal combustion engine (ICE) vehicles. Despite the news coverage, EVs are not to be feared according to Andrew Klock, emerging issues lead manager for the National Fire Protection Association (NFPA), a global non-profit dedicated to eliminating loss due to fire. 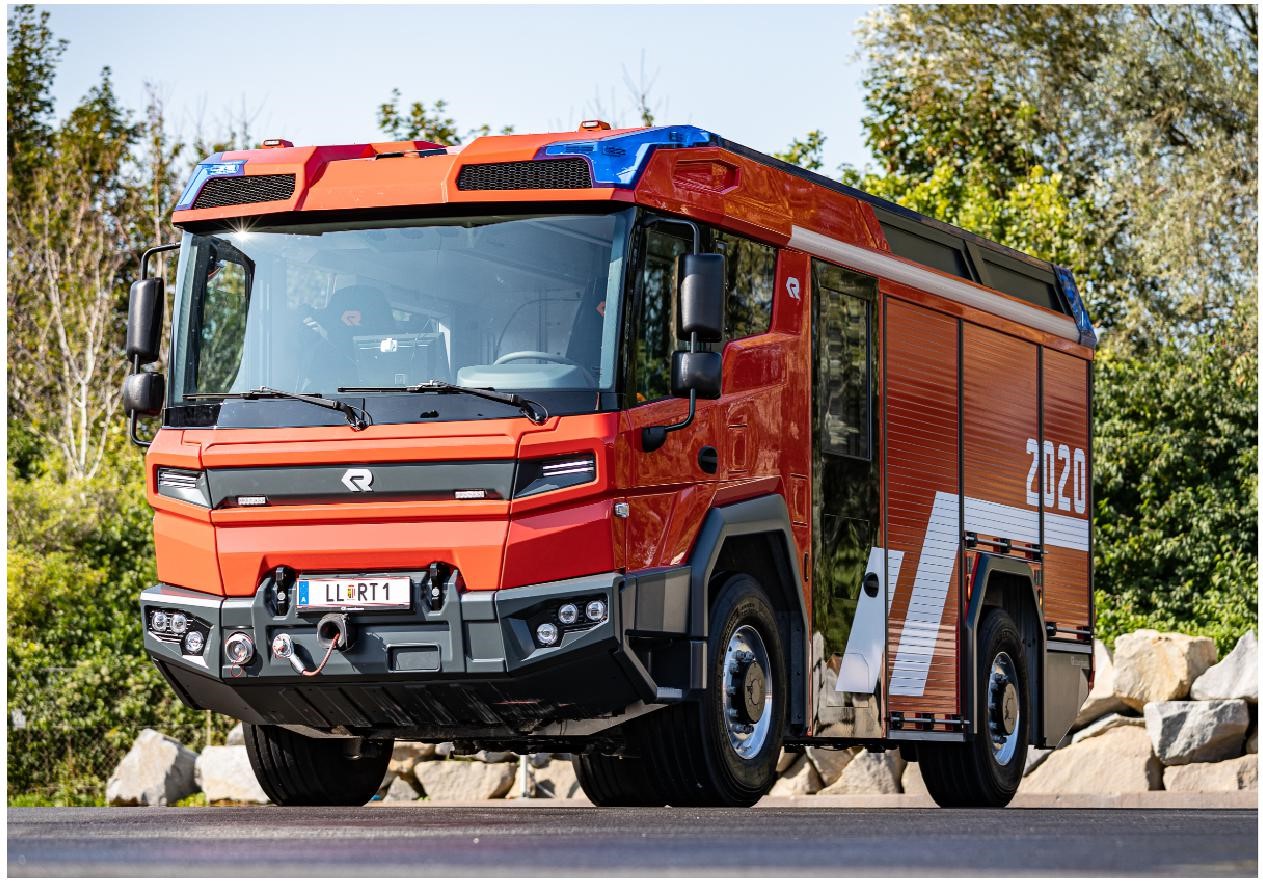 Klock said these fires tend to attract attention because of the novelty of electric vehicles, but EVs are not inherently any more dangerous — or more likely to ignite — than their ICE counterparts.

“Every three minutes in the United States, according to NFPA records, there is an ICE fire,” Klock said.

Canadian data was not provided by NFPA, but according to Statistics Canada, 6,056 vehicle fires took place in this country in 2014, the most recent year for which statistics are published. Plug-in electric vehicles were less than 0.3 percent of the market at that time.

“You don't hear about any of those fires on the news,” Klock said. “But if any electric vehicles catch on fire, you're probably going to hear about it.”

Klock was directly responsible for developing the NFPA’s electric and hybrid vehicle fire suppression training for first responders, which is offered across North America. The programs includes fire departments across Canada at no cost through a partnership with the Council of Canadian Fire Marshalls and Fire Commissioners. 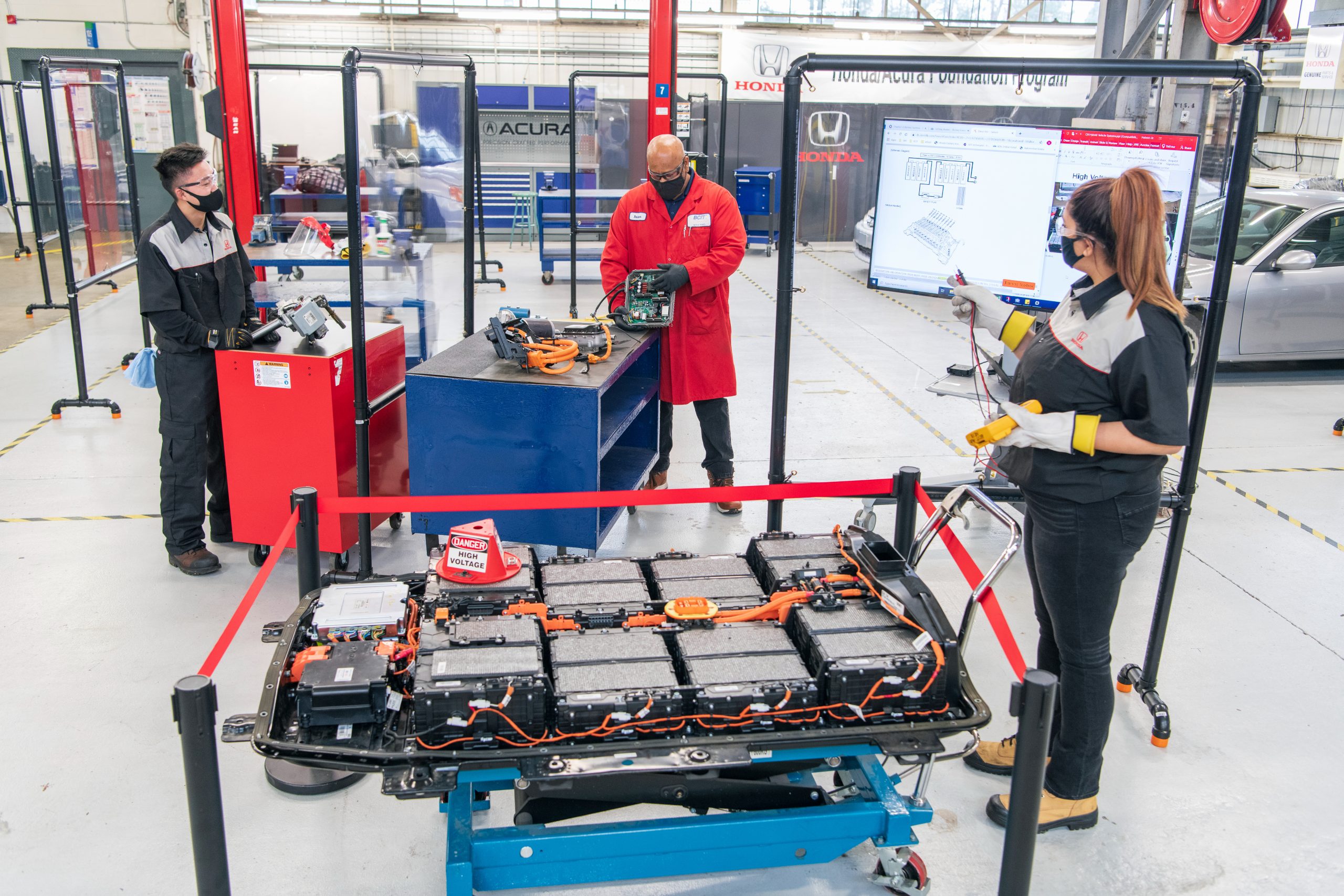 EV fires are getting a bad reputation for being difficult to fully extinguish, and reigniting hours later. But Klock says trying to fight EV battery fires with traditional techniques will be unsuccessful, and the key is using a different approach.

“We learned through our testing that if you keep water on one part of the battery for an extended period of time and cool that part of the battery, and then move on, you can effectively put the fire out,” Klock said. “If you just put water all over the battery, going from side to side, the other side will reignite because it's still hot.”

Foam is not recommended for putting out battery fires, he added.

“Foam acts as a blanket that stops oxygen from getting to the fire and smothers it, but in this case the fire is being chemically generated from inside the batteries,” Klock explained. “So, foam isn't anywhere near as effective as in a gasoline fire.”

The upshot of this is that EV fires are manageable, they just take more time and more water than ICE fires. Estimates of the water used for EV fires ranges anywhere from 10 to 40 times more, or as much as 180,000 litres for one vehicle, according to some reports. In urban environments, where firefighters have access to city hydrants, this is less of a concern (though there is an environmental impact, which is a different discussion). However, in areas where water is harder to come by, this becomes much more challenging. 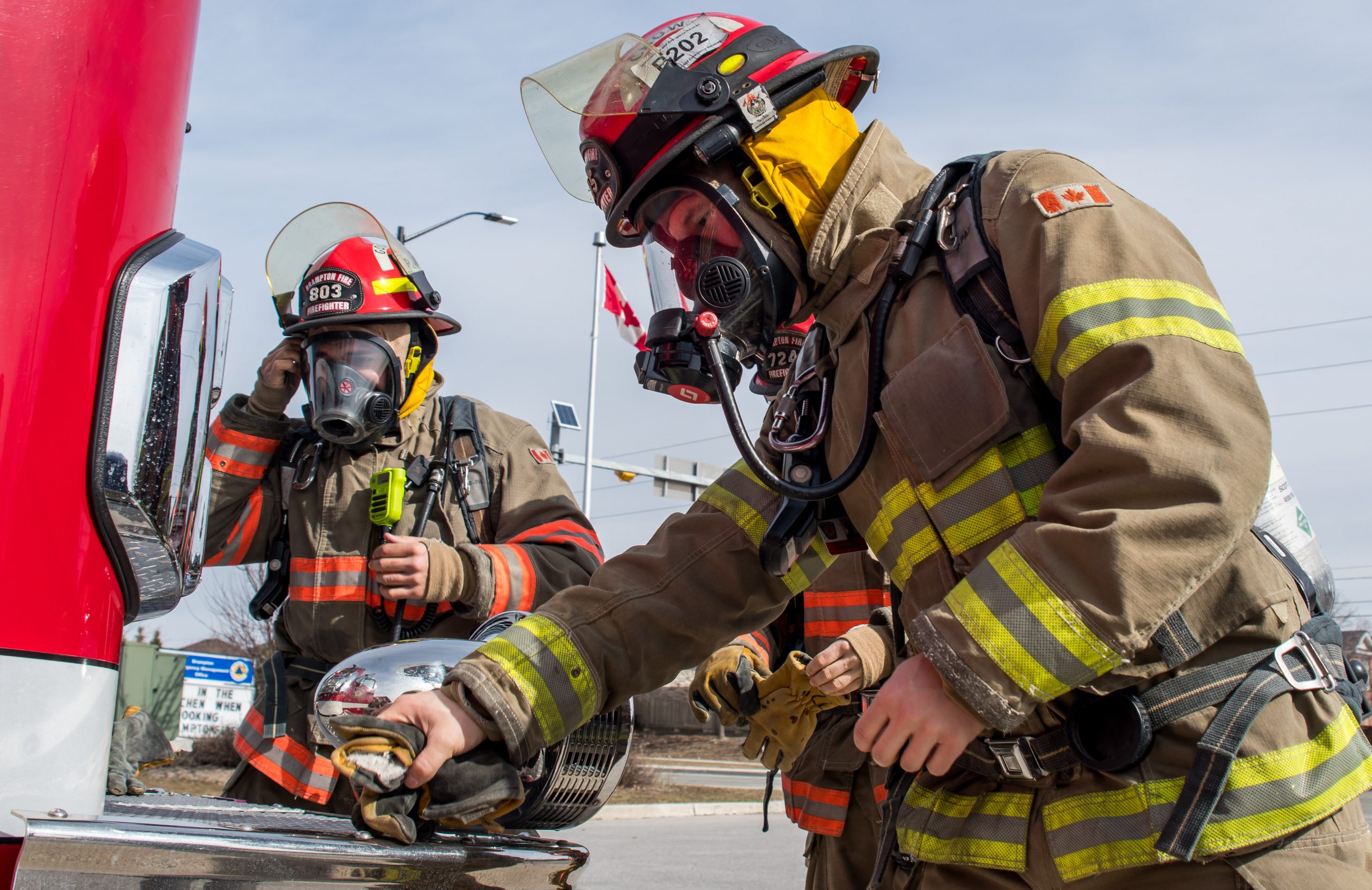 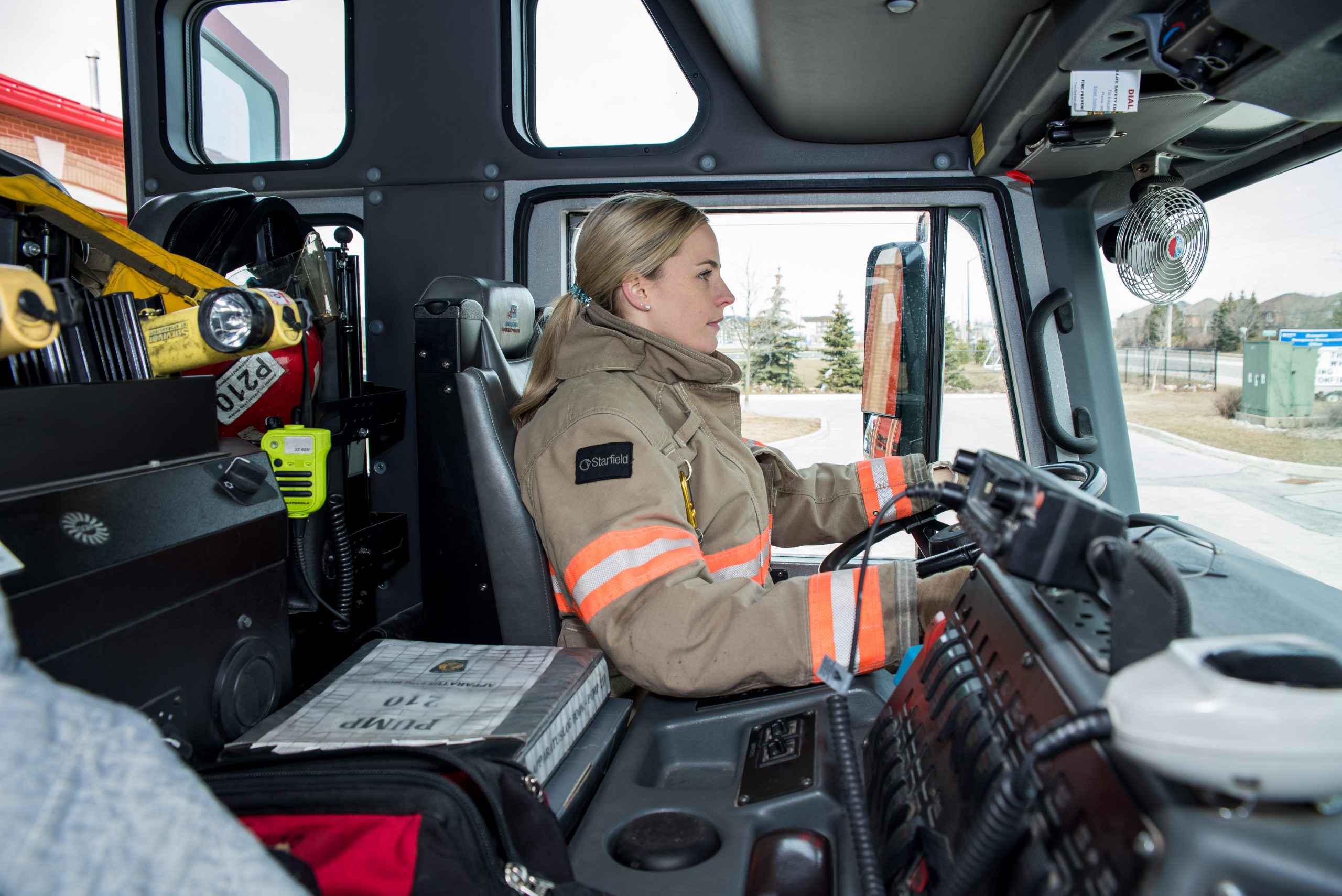 “If you're in a rural setting or a suburban setting that may not have fire hydrants or access to unlimited water, sometimes the best bet is just to protect exposures and let it go until you've got adequate and suitable resources to put that fire out,” said Shayne Mintz, the NFPA’s Canadian regional director.

Letting the car burn itself out and considering the battery a no-go zone is Toronto Fire’s approach, according to John Davidson, the department’s division chief for technical operations. Davidson said firefighters have been undergoing EV fire training since the earliest hybrids hit the streets, one aspect of which is learning to identify battery-powered vehicles so they can be handled accordingly.

Brampton, Ont.’s fire department is also ramping up specialized training and changing their response protocols to prepare for more water use and offer safety guidance for towing operators. But the department is also demonstrating its own confidence in the technology: it will become the first municipality in Ontario to use an electric emergency response vehicle when a Rosenbauer RT joins its fire truck fleet late next year.

As far as risks around electric vehicles are concerned, Davidson said fires are less of a concern to first responders than locating batteries and high-voltage cabling for situations such as cutting and extrication. This is becoming easier as the locations of these elements become more standardized, but automakers can change specifications without warning, he said. 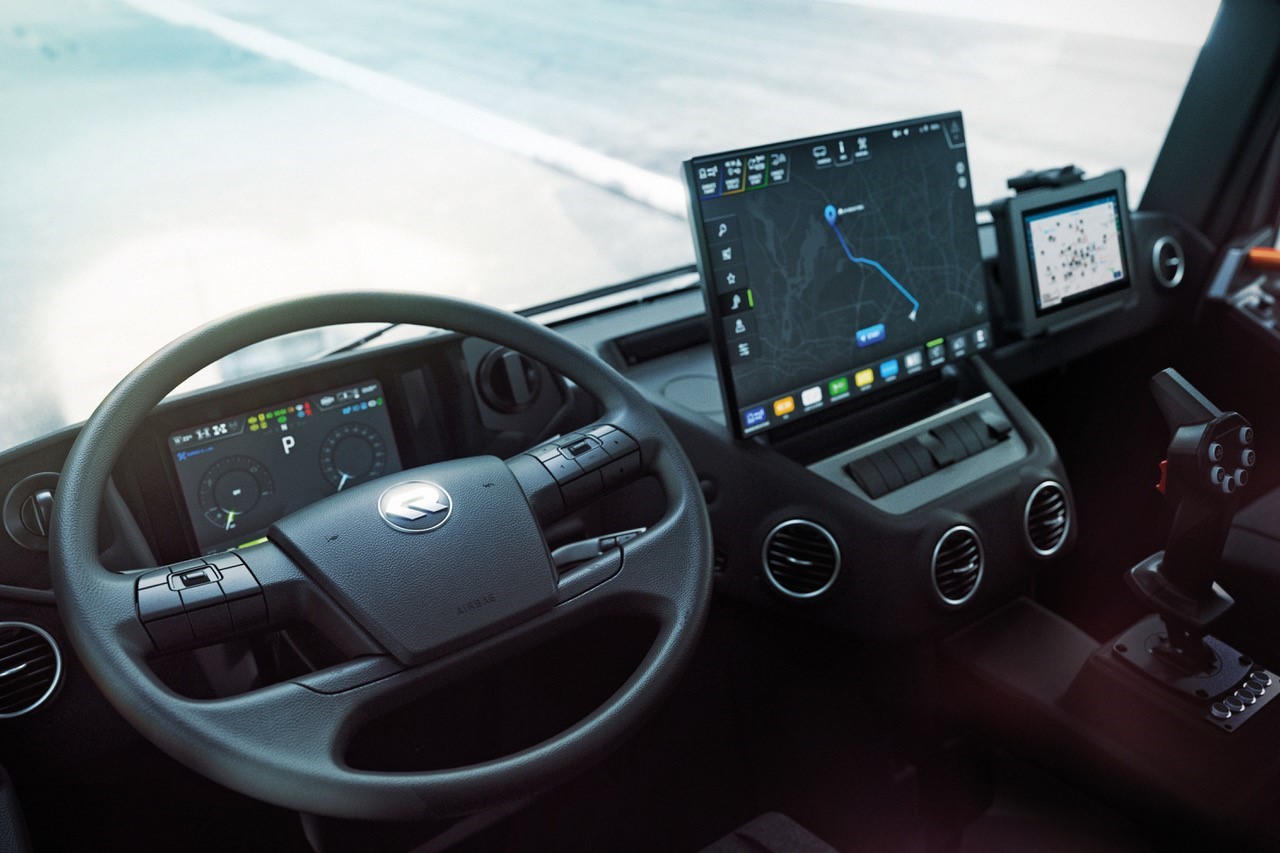 “I could have individuals read the emergency response guide and say the orange (high-voltage) cabling should be up through the centre console, (and the automaker) might have changed that but they didn't update the response guide,” Davidson said. “There's the other curve ball that's thrown to us in the emergency industry. … It's not like we can Google it on the side of the highway.”