It's time to stamp out distracted driving

The penalties for distracted driving have to be every bit as severe as the sanctions for impaired driving.

During a yellow-flag caution period at the 2012 Daytona 500, Juan Pablo Montoya drove his racing car into the side of a jet dryer that was cleaning the track. Driver Brad Keselowski was in a car right behind and snapped a photo with his cellphone.

He sent it out on social media and two things happened: his Twitter account grew by more than 100,000 and NASCAR promptly banned cellphones from race cars.

The next time Keselowski took a photo during a race, which happened later that year, he was fined $25,000. He hasn’t done it since.

Last year, at Canadian Tire Motorsport Park, driver Jennifer Jo Cobb slid off the track and into a wall. She got out of her race truck and then reached back in to retrieve something. It was a cellphone. NASCAR fined her $5,000.

Last month, the OPP announced that the number of road deaths from distracted driving in the province was set to double that of drunk driving. The penalty for distracted driving? Three demerit points and the guilty party pays a God-almighty fine of $490.

It appears that NASCAR is more concerned about this behaviour than the province of Ontario. To my knowledge, nobody has been killed in a NASCAR race as a direct result of distracted driving but the sanctions (in the case of Jennifer Joe’s five grand) are 10 times that of this province’s. In Keselowski’s case, make that 250 times greater.

We’ve all seen drivers allowing themselves to become distracted. Last Saturday around noon, I was in a traffic jam and in the middle lane of the northbound DVP up around York Mills. A white Lexus was driving in the right (inside) lane. The driver was one of those guys who plant their left wheels on the white line, which is a way some drivers try to intimidate those following into keeping their distance because you never know when they might decide to move out into your lane. Except that the Lexus kept drifting over in front of me, then back. I eventually pulled even and immediately saw why this was happening: the guy was reading his phone.

Then, on Tuesday, I’m southbound on Dufferin near the entrance to the Ex and I’m stopped at a light and there’s a grey BMW next to me and I glance over and the woman driving it is texting.

I see that and I want to scream.

I want to scream because I go to the government of Ontario website and it’s all there, how eating and applying makeup as well as texting and changing a CD are all distracted driving and if you are caught you will be prosecuted.

ALSO READ: Can you get a ticket for eating (or drinking) while driving?

Only once have I ever seen a cop enforcing this law and that was three weeks ago on the 403 westbound in Mississauga. It was just past the Hershey Centre, and traffic was backed up and he/she would pull someone over with the lights on and all, and then turn out the lights and pull back into the traffic and make as if to be heading for an exit and then quietly pull back into line and nail someone else. It might have been seatbelts, but more likely it was for people on the phone.

I wonder: with the statistics, and the horror stories, and all the rest, why do people continue to text and drive? Why do they continue to read? Why?

That is not the case with distracted driving. The vast majority of drivers think nothing of making or accepting a phone call (every new car has Bluetooth). They listen to a book on CD, sing along to the radio, drink their cup of Tim’s — all of which can be distracting. What’s the matter with checking email at a stop light? I have an important job and I’m wasting time in this traffic jam and time is money and I have to answer this text right now!

Since the majority of drivers are distracted much of the time anyway (see paragraph above), it makes it incredibly hard to get them to buy in to the notion that it’s dangerous. Which means it’s up to the government, or the judges, to do it and they only have one choice: make the penalties so severe that people will stop.

NASCAR did not fool around once it saw the problem. Yes, $25,000 isn’t much for a millionaire race-car driver like Brad Keselowski but it was enough to get his attention. 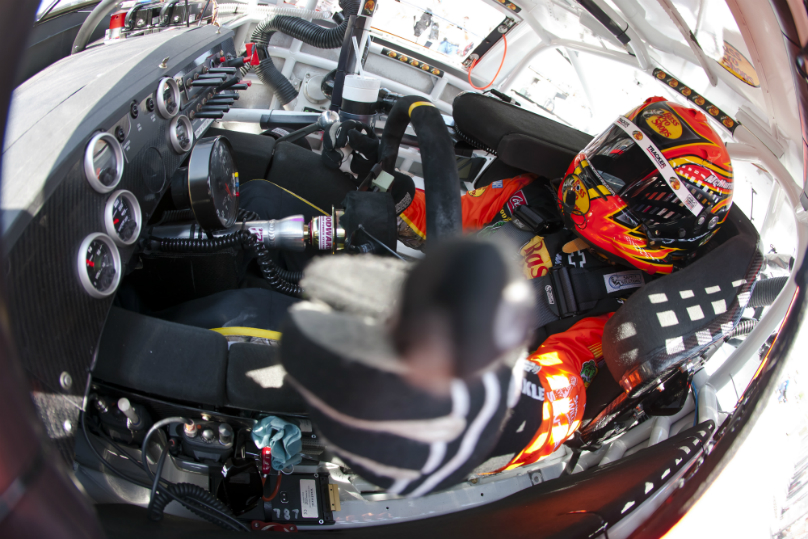 If the government of Ontario – or the judiciary – is serious about stopping this before it gets any worse, the penalties for distracted driving have to be every bit as severe as the sanctions for impaired driving. That would be:

— If you are caught driving while distracted, your vehicle will be impounded for seven days, your licence will be suspended for 10 days and you will have to pay a $180 administrative penalty.

— If you are convicted of driving while distracted, you will lose your licence for a minimum of a year, you will pay a $1,000 fine, you will attend a mandatory education program dealing with the dangers and there will not be any minimum jail sentence if you should happen to injure or kill somebody while you’re texting.

I think that would pretty much do it, don’t you?

I have written on this subject numerous times and have changed my position as my tolerance level has decreased. When I nearly get sideswiped by someone more interested in what’s on a screen than what’s on the road, I get angry.

I want the government or the courts to do something about it and I want them to do it now. 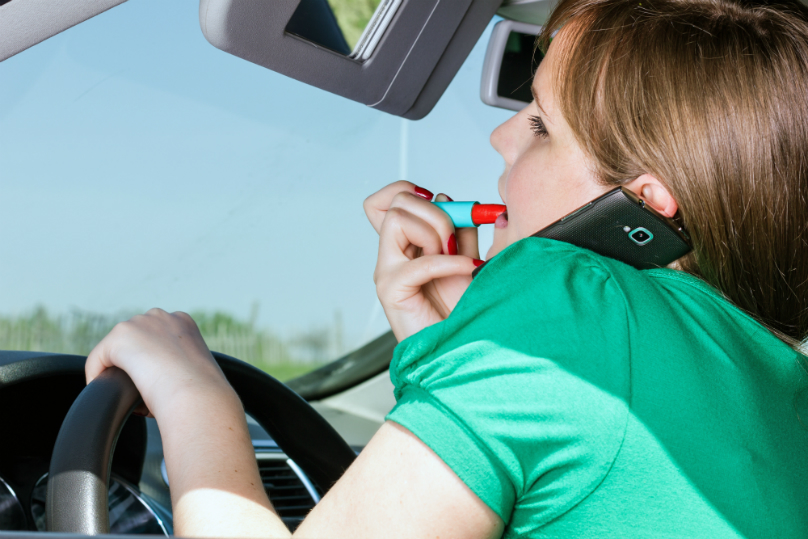 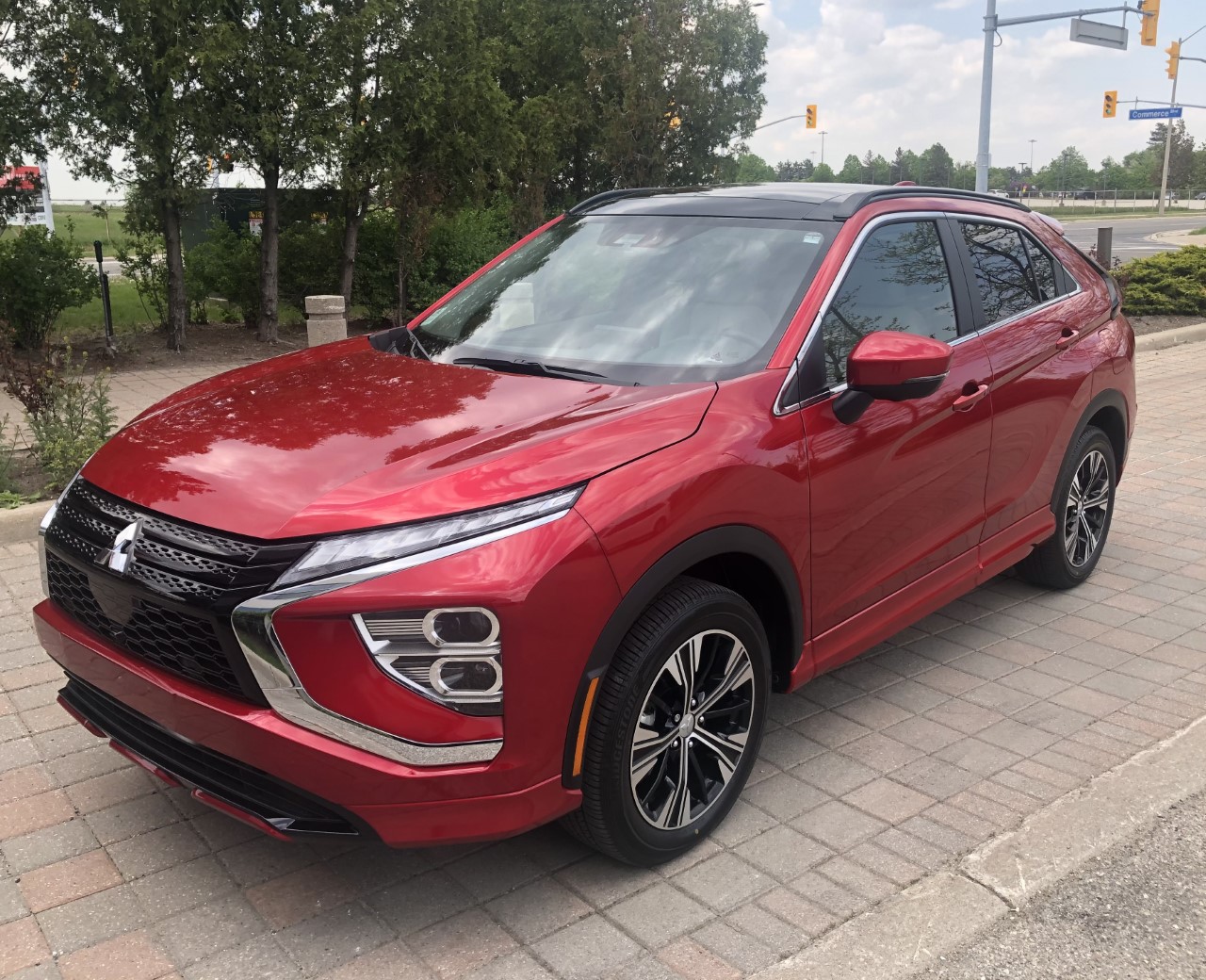