As a gearhead, the roster of fantastic roads across our land is near the top of my list of reasons to love The Great White North.

There are oodles of reasons to love Canada: the people, the land, the weather … okay, maybe not the weather. From one ocean to the other, this great country has a multitude of treasures and, as a gearhead, the roster of fantastic roads across our land is near the top of my list of reasons to love The Great White North.

Buckle up as we take a drive through some of Canada’ most epic driving roads. Yeah, due to space restrictions, we’re probably gonna miss a few. Make sure to chime in the comment section below with your favourite ribbon of Canadian tarmac. 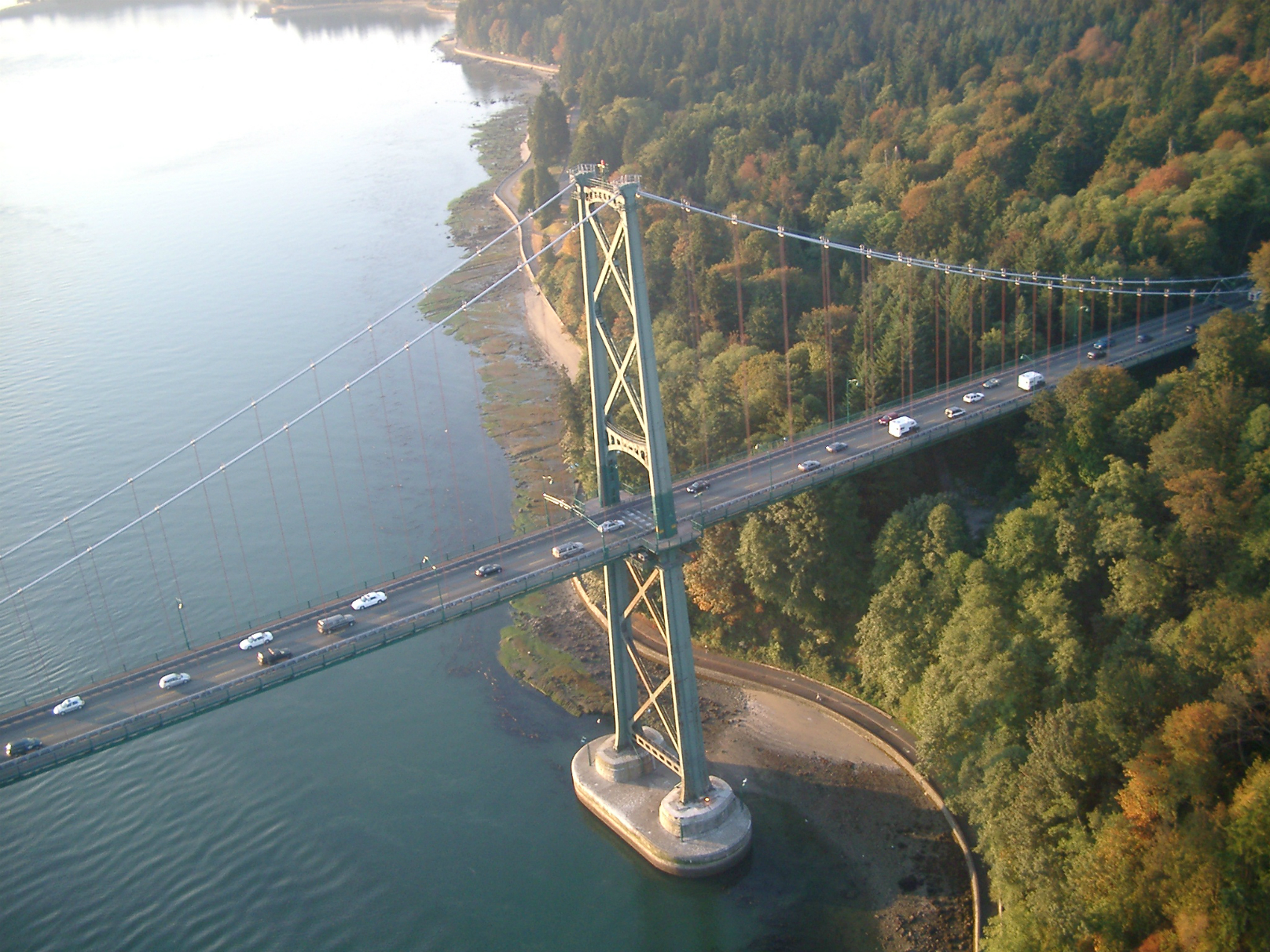 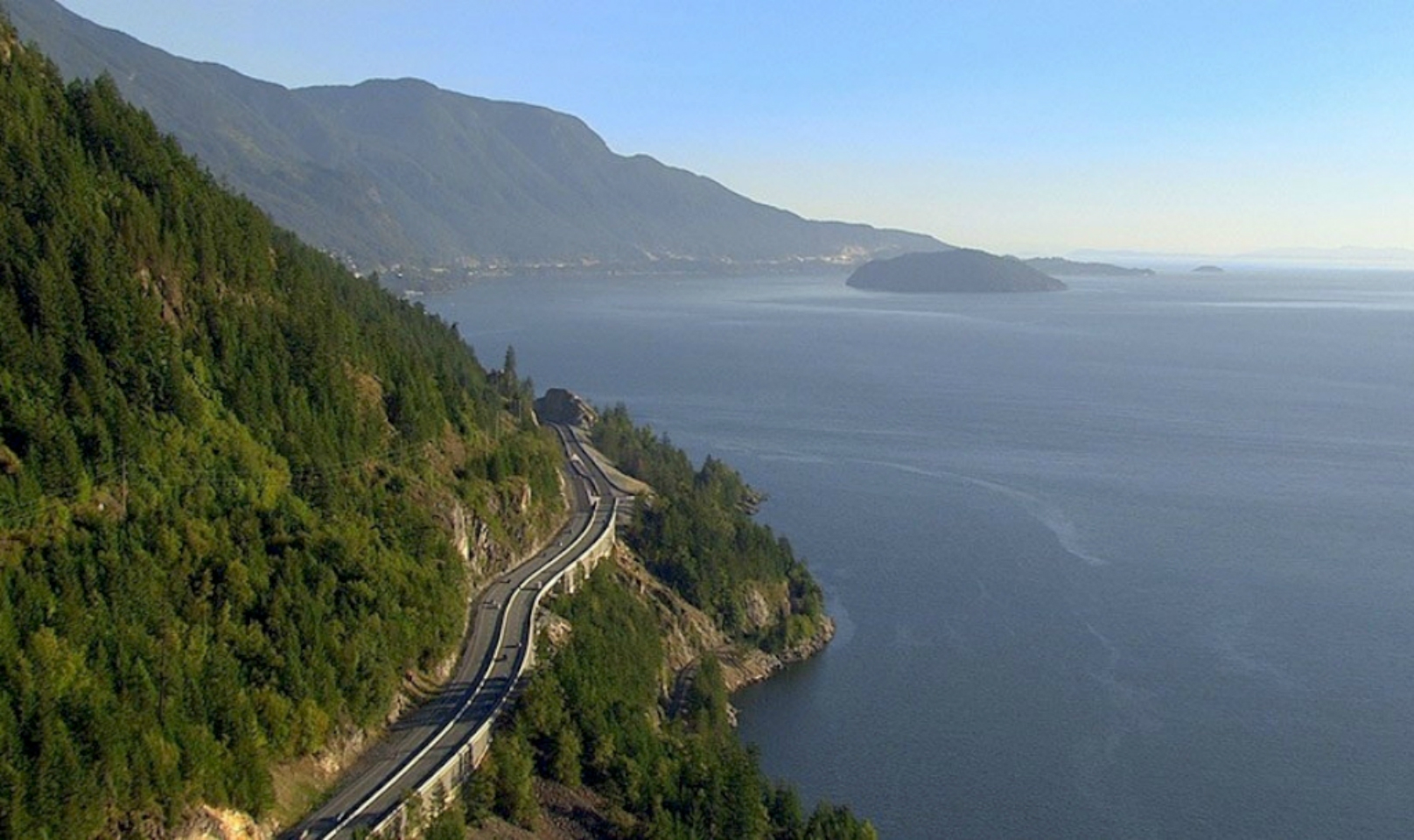 Let’s start on the west coast with one of the best known roads on this list: the phenomenal Sea-to-Sky Highway, officially known as Highway 99 in British Columbia. Stretching all the way up to Whistler and beyond, this sinewy road gradually transitions from scenic ocean vistas to towering mountains, with a bunch of interpretive kiosks along the way to help explain all the jaw-dropping beauty. Heading north, stop at kiosks 1 through 5, as they are on the east side of the Sea-to-Sky. Southbound, take breaks at kiosks 6 and 7, which reside on the west side of the highway.

Starting right at sea level, BC Route 99 traces a route along the shore of Howe Sound before weaving deep into the Coast Mountains. Climbing through old-growth rainforests, the Sea-to-Sky brings drivers to Whistler, 670 metres (2,200 feet) above sea level. It’s only about two hours to drive from ocean to clouds, but with all the scenic stops along the way, it’s easy to make a day’s journey from the route. 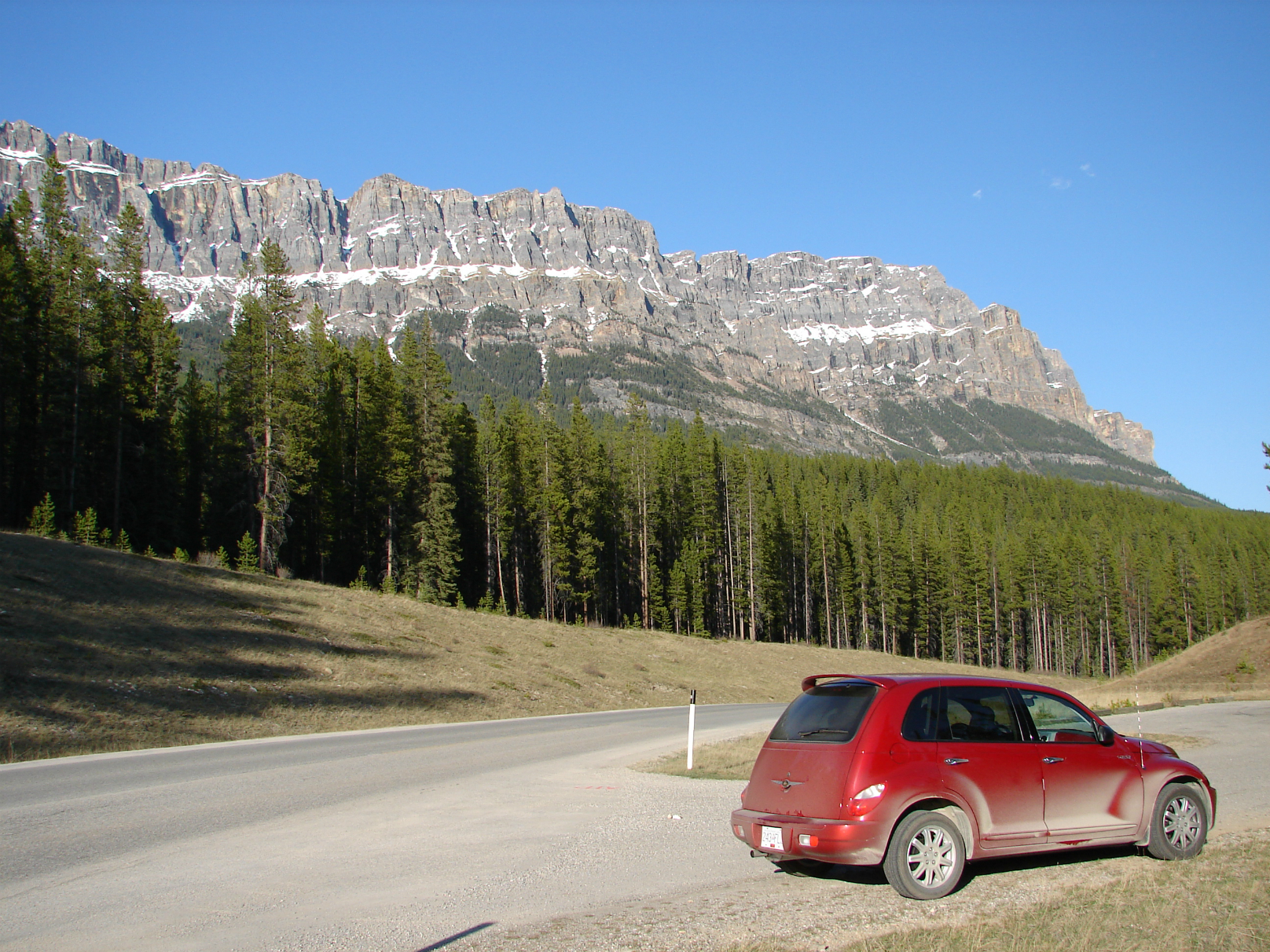 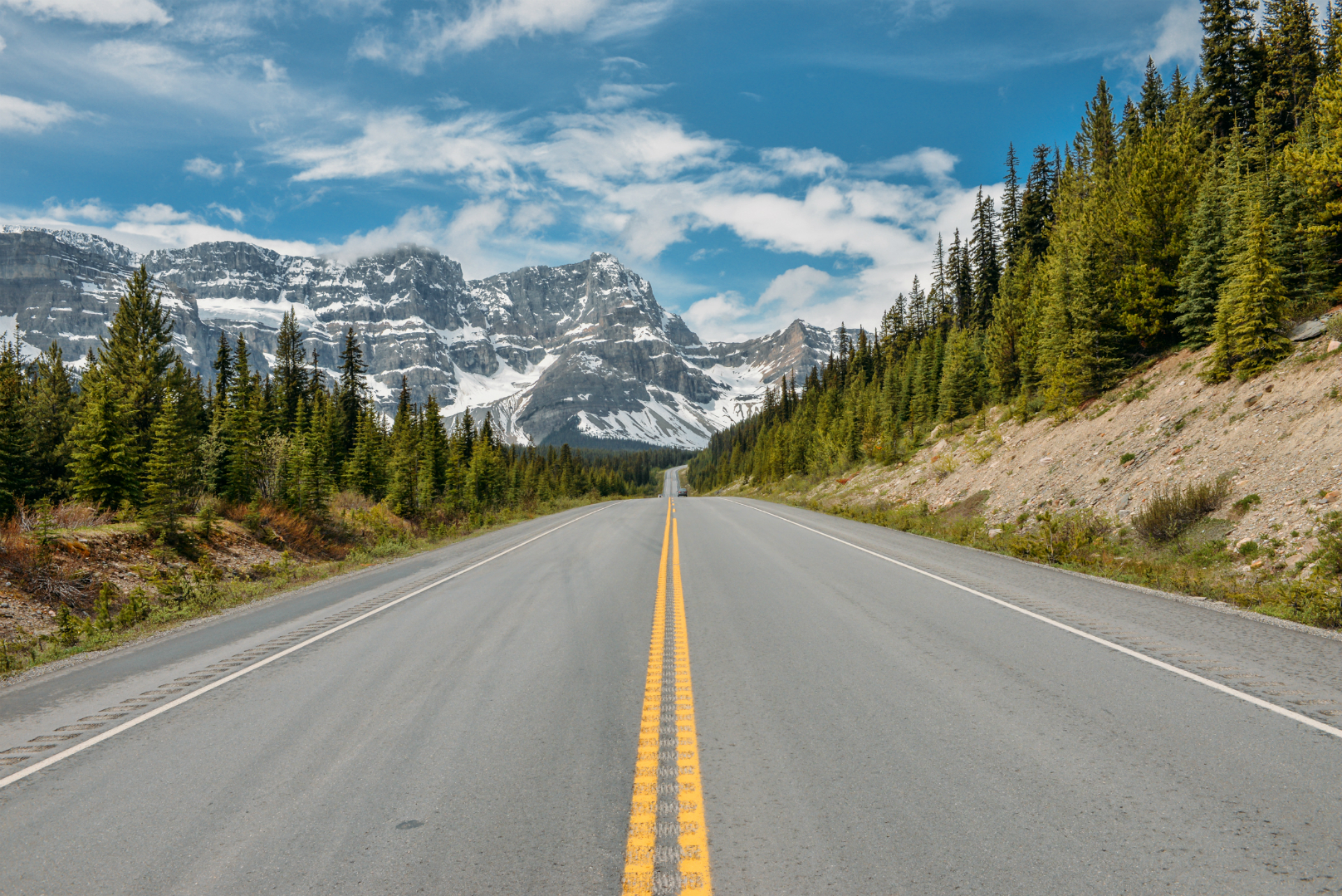 An alternate route for adventure seekers and wannabe skiers headed to Lake Louise, this stretch of highway is also known as the Bow Valley Parkway. Along here, one can travel at a much slower speed than on the Trans-Canada Highway, giving oneself a chance to enjoy the scenery and abundance of wildlife. Like the Sea-to-Sky Highway, Parks Canada introduced marked pullovers along the route to educate visitors about the region. Stop for a minute and take advantage of the knowledge they offer.

Waterfalls, mountain scenery, view point of creeks and rivers, this is a road to be enjoyed slowly, like a good beer. Speed freaks need not apply: most of the route is limited to 60km/h, vigorously enforced by the local constabulary. Besides, tour buses slowing to allow frenzied tourists to snap photos of wildlife clog the road like a Double Big Mac clogs a fat man’s arteries. Best, then, to sit back and enjoy the phenomenal views. 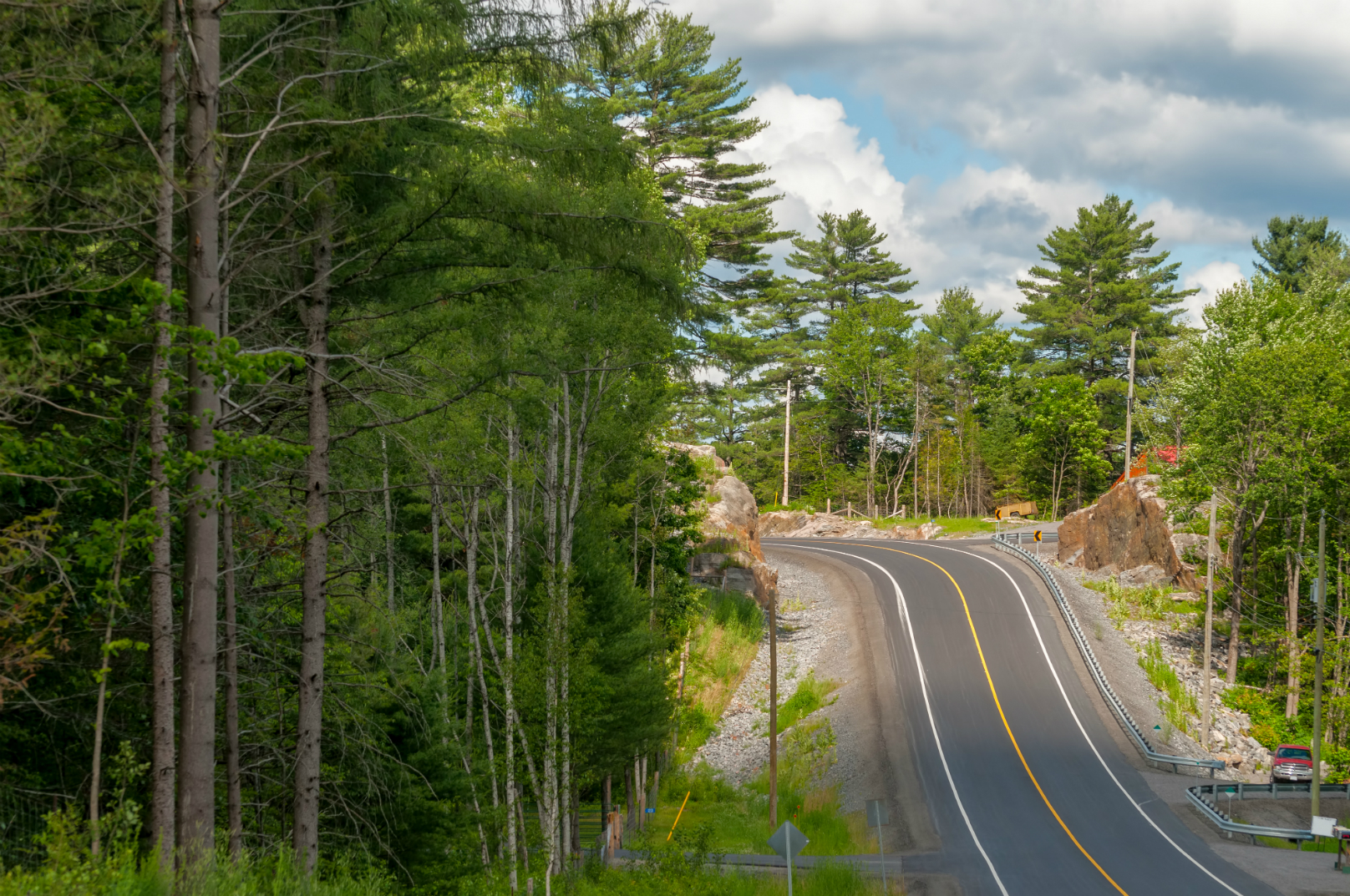 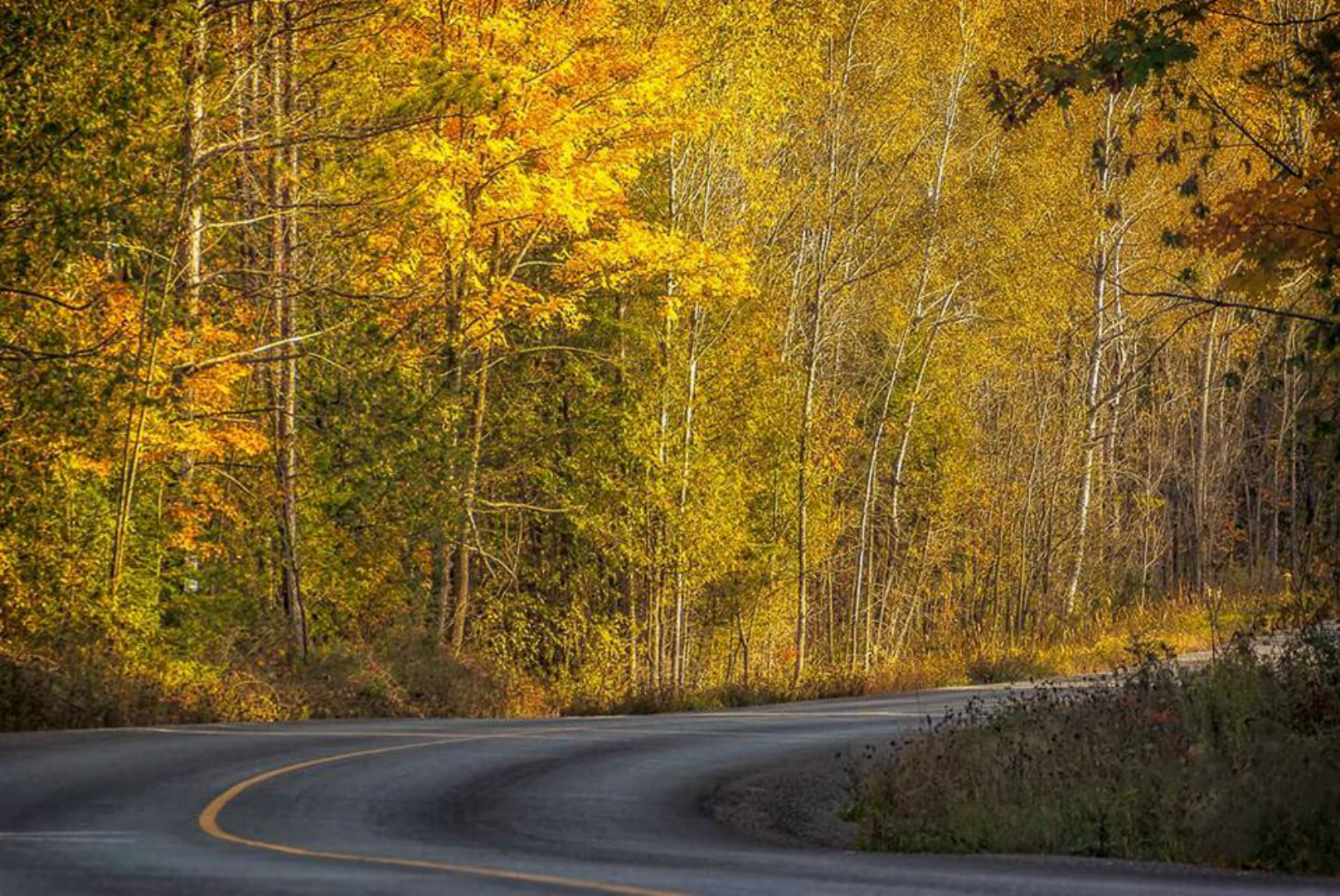 We get it. You live in Toronto for a multitude of reasons, all of them good ones. It’s a heckuva city … but traffic is terrible, the downtown is perpetually under construction, and drivers generally exhibit a dangerous mix of apathy and aggression. Suddenly, your decision to purchase of a fine-handling sports car seems rather dim.

We’re here to assure you that car wasn’t a silly purchase. Why? Well, there are an abundance of twisty and fun roads within a reasonable drive of the #6ix. If forced to choose but one, Route 13 in the Muskoka region is a wonderful 55km ribbon of single-lane snaking through deciduous trees like the serpentine belt on an old five-litre Mustang. A forest canopy turns the sun into a staccato Doppler, punctuated by bursts of orange, red, and ochre as the leaves turn colour in the fall. Just watch out for gravel on the roadway and the scattered potholes. Bloor Street never seemed so far away. 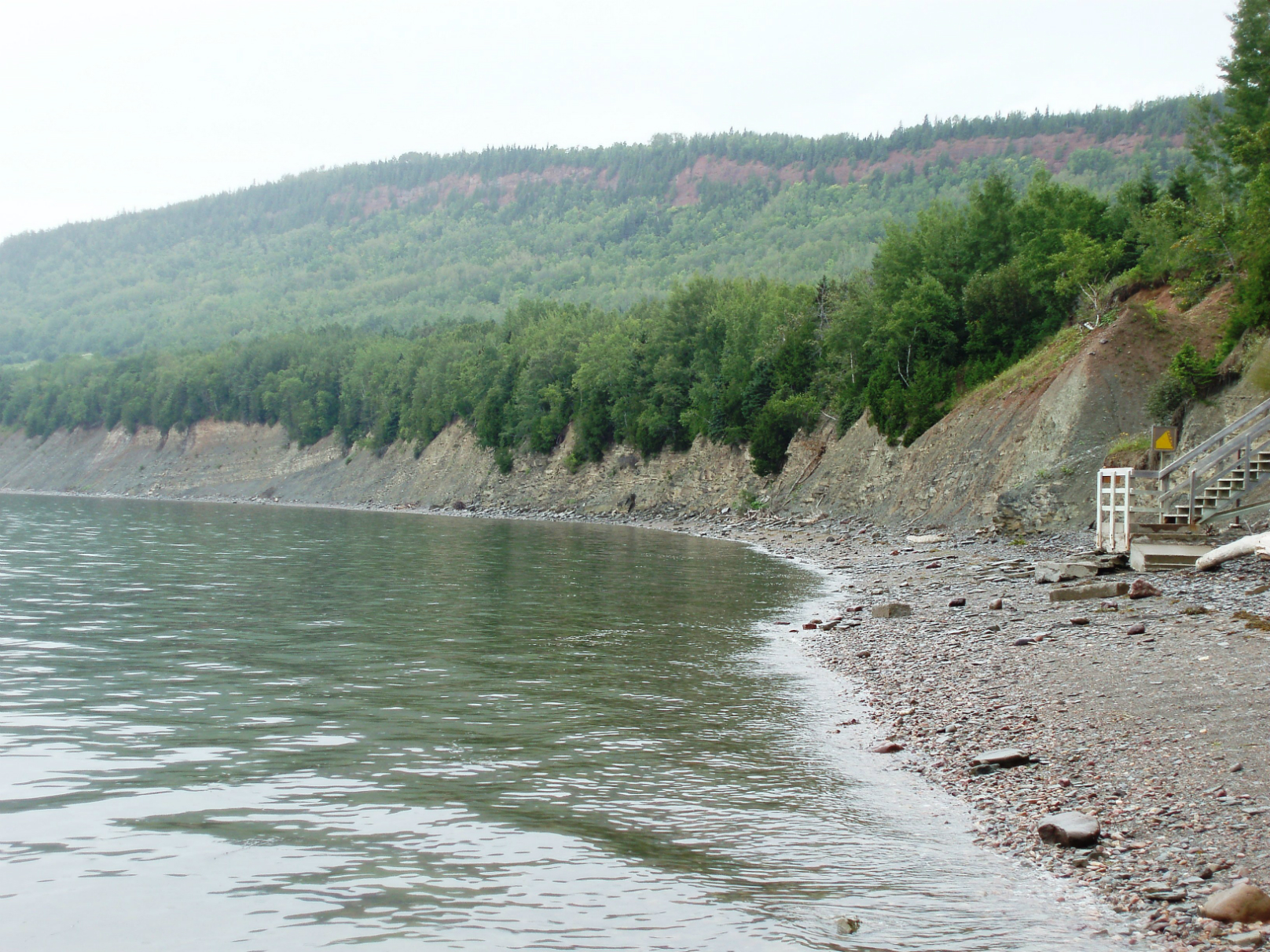 Tracing the entire edge of Quebec’s fabulous Gaspé Peninsula, Route 132 doesn’t deviate far from the shore. Offering beautiful vistas over the Gulf of St. Lawrence, the route passes through some of the most charming villages on the eastern seaboard, all dominated by architecture that is distinctive to the province of Quebec.

Heading out from Rimouski, try driving the circuitous route in a counter-clockwise manner, taking the part of the route which scythes through the Gaspé’s interior at the very beginning of your journey. Over 800km in total, this route is best sampled over an entire weekend. Check out Miguasha National Park, a UNESCO World Heritage Site which features rock formations with rich fossil heritage. Further along, the village of Percé is a tourist attraction all of its own, with many boutiques and art galleries. Situated roughly halfway on the journey, it’s the perfect place to overnight before heading back to Rimouski along the north shore of the Gaspé, along which you’ll find Canada’s tallest lighthouse. 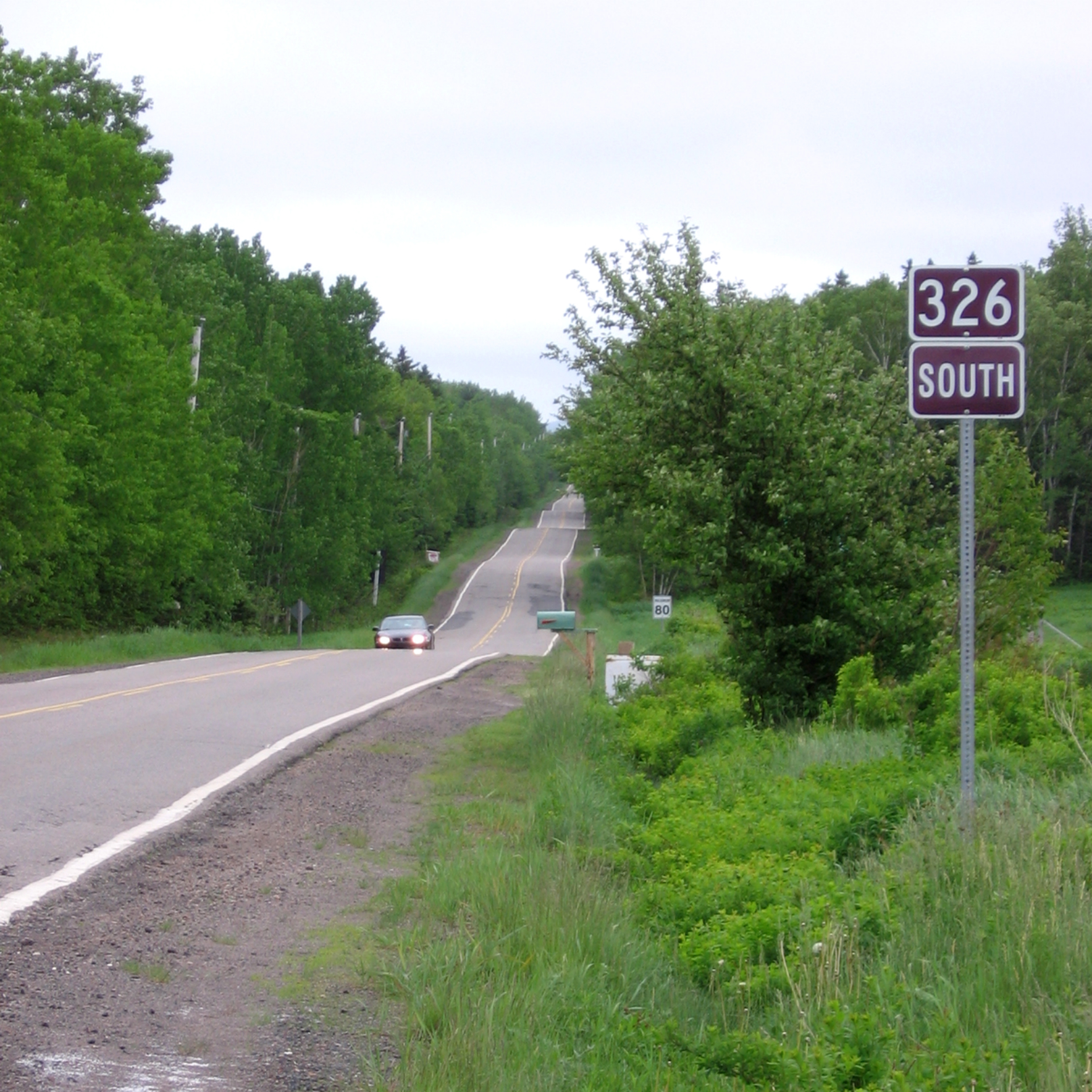 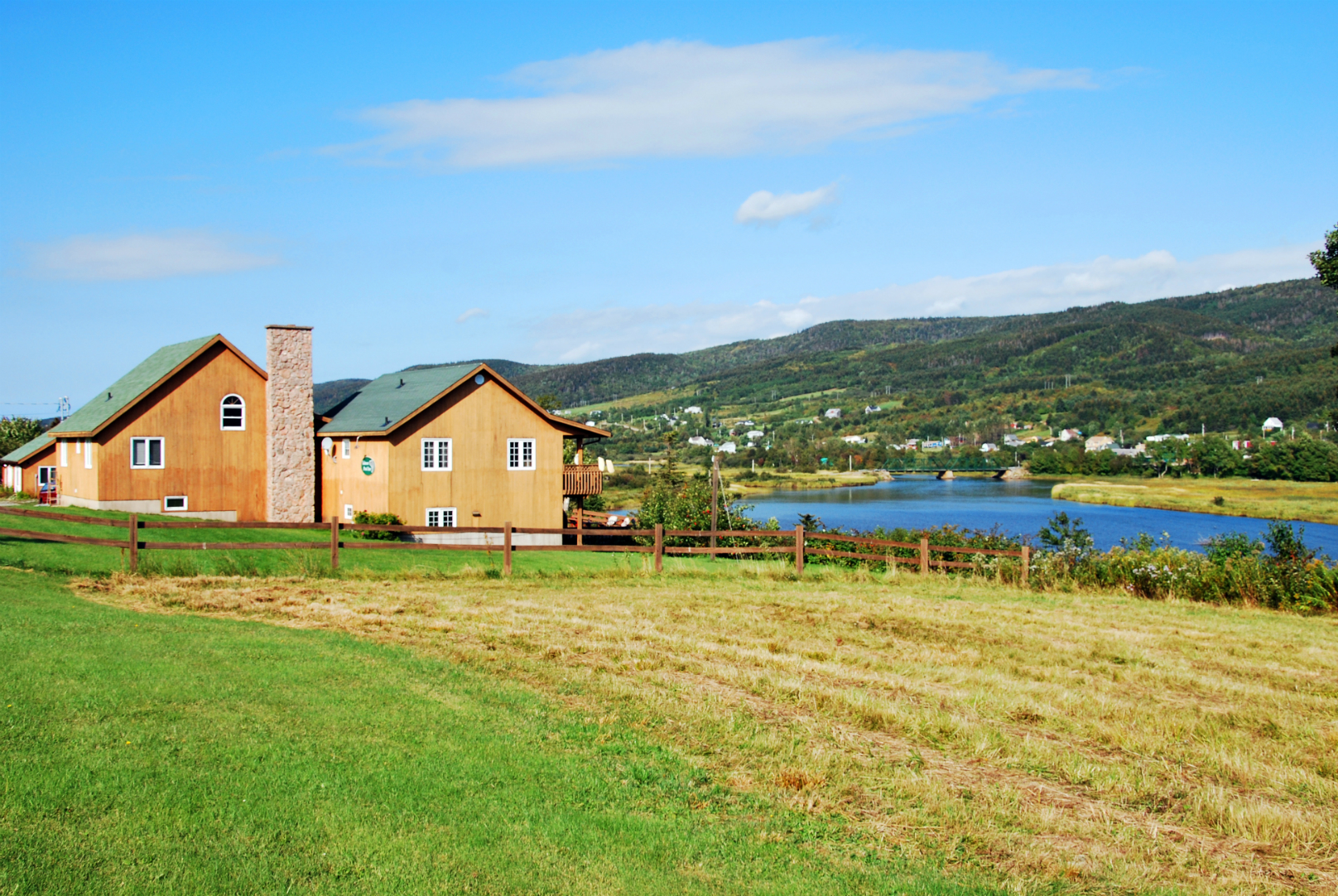 On a map, this stretch of road between Earltown and Brule on the north shore of Nova Scotia doesn’t look like anything special. As our parents taught us, though, we shouldn’t judge a book by its cover and we definitely shouldn’t judge a road by the line it traces on Google Maps.

Heading north, Route 326 sets an opening bid with a series of twisting corners seemingly designed to test the handling of anything with a set of wheels. New pavement laid within the last two years assures drivers that the road surface will be free of the scars and pockmarks which define most rural roads in the Maritimes.

Passing the Pork Shoppe, a local institution offering all manner of meaty deliciousness, the road becomes straighter than an outstretched bullwhip with gentle undulations which give a whoop-de-do roller coaster feel just before the route ends at a three-way stop in the tiny hamlet of Brule. Once there, drivers have two choices: visit the restaurant located five minutes to the east which serves what is arguably the best chowder in the Maritimes … or turn around and drive the length of this fabulous road again. 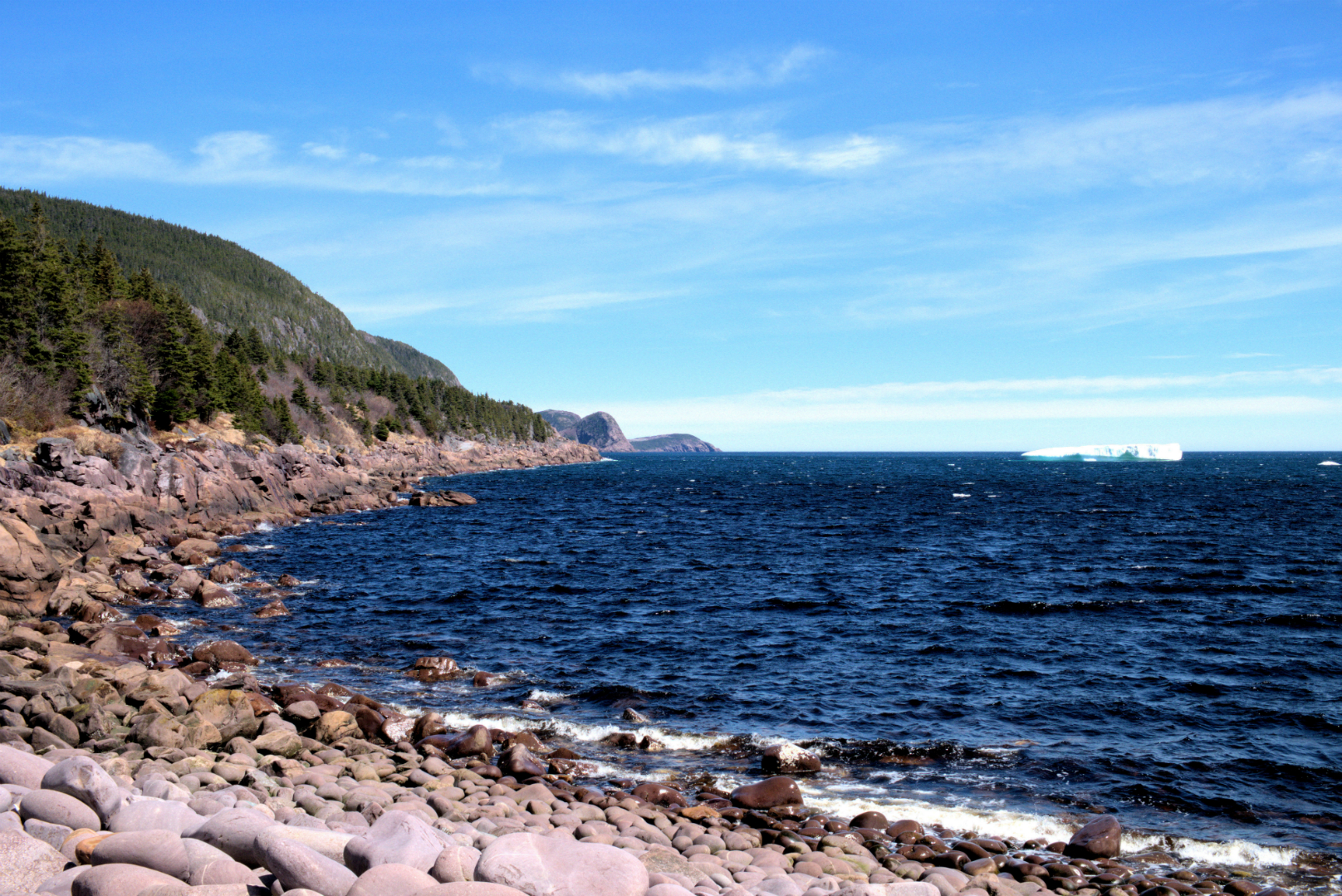 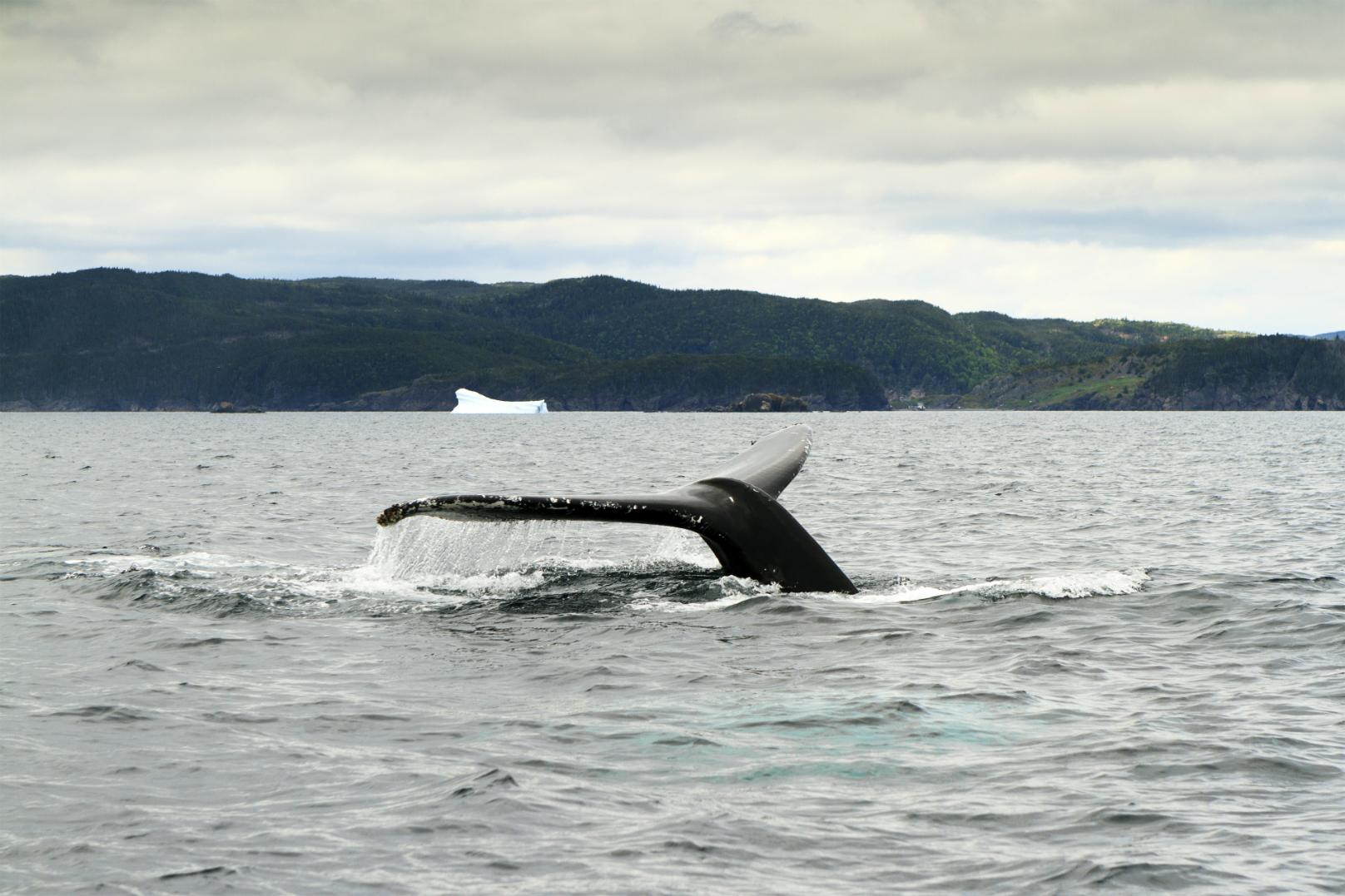 After snaking its way through the timber woods of Balsam Fir and Black Spruce, the good part of Route 330 opens up to a terrain filled with marsh and lowland trees, tilted at crazy angles in the direction of the prevailing winds. Skirting the frigid North Atlantic along a rocky Newfoundland shore between Musgrave Harbour and Deadman’s Bay, tourist brochures call this the Road to the Beaches but locals know it by the colloquial name of Straight Shore, a name well earned by its gradual curves and stretches rivalling the Mulsanne Straight at LeMans.

Either by design or happy coincidence, this ribbon of tarmac rewards anyone piloting an engine attached to wheels, be it two or four.

Headed east, the Atlantic Ocean lies to your left, this year filled with pack ice well into the month of June. Bring a scarf or hat if you’re planning to drop a convertible top: it’s not uncommon for gale-force northeasterlies to exceed a hundred kilometers per hour.

None of that matters one whit, not when you have a sonorous engine, a willing chassis, and the space to wind them out (within legal limits, of course). The pavement isn’t perfect but it is in above average condition given its remote location. It’s said that one can’t see the water’s icebergs because all the whales are in the way; fortunately, there is space abounds to pull off to the side and enjoy the scenery.