Ensuring there is room to maneuver, in design and language

I interviewed Seiji Watanabe, the designer of the new Mitsubishi Outlander – a great car, by the way

Join the Conversation (0)
In 2011, at the North American International Auto Show (NAIAS) in Detroit, I listened to Akio Toyoda, president of the Toyota Motor Corp., try to speak English.

Reading from teleprompters, complete with phonetics, he talked about the Camry being the No. 1 passenger car in the United States and wanted the media present to know that the company was committed to the American consumer and the U.S. economy.

He had a hard time doing this. English is not his first language. It would be like asking me to speak Japanese. It would not be easy.

When I worked at the Globe and Mail way back when, an invaluable asset was a rewrite man named Eldon (Stoney) Stonehouse. He had a flair for languages and could speak many. He was one of the few newspaper reporters in North America to get through to the palace in Buenos Aires, Argentina, in 1952 when Eva Peron lay dying. How did he do it? He could speak Spanish and said he represented Canada’s national newspaper; an expression dictatorships love to hear.

“But the most challenging thing I ever did,” he told me once, “was to propose the toast to the bride at a friend’s wedding. She was Japanese and that is a very difficult language to learn because of the syllable structure. It’s why her parents had a hard time speaking English.”

That scene at the Detroit auto show has bothered me for years. Why put someone through that? If someone addresses the United Nations General Assembly, they do so in their own language and a bank of interpreters translates that person’s words into a language the listener understands. Ditto the House of Commons. English-to-French-to-English. Or the Prime Minister speaking in French on CBC Newsworld. I hear his words in English.

So why do Japanese automakers, in particular, feel the need to have their executives speak English when dealing with Western reporters?  Just a few weeks ago,  Just a few weeks ago, I interviewed Seiji Watanabe, the designer of the new Mitsubishi Outlander – a great car, by the way– and a combination of the time difference (to my advantage) and that I was the second or third interview he had done in English that day made for a very difficult discussion.

So, whether it’s a one-on-one, or at an auto show like the NAIAS, there’s no reason for people whose first language isn’t English to be forced to use it. I, for one, would be happy to have an interpreter and I invite the Asian manufacturers to take note.

Meantime, Michelle Lee-Gracey, Mitsubishi Canada’s manager of PR and events, who was listening in, realized the difficulty that I and the three other journalists on that call were having and asked the company’s head office for a translated transcript. This is what Watanabe had to say about the Outlander and his answers to questions I asked:

He said he drove the new Outlander in Hokkaido (an island in northern Japan) and found the car to be perfectly balanced (although, since he designed it, I’m sure he would expect nothing less).

“For the Outlander, we first started with rebuilding the proportions,” he said. “The balance of the front tire and A-post was important for performance. The wheelbase and short overhang at the front and back have made it easier to get in and out. Roominess was important from both the interior and exterior points of view.”

Watanabe said the design keywords, ‘bold stride,’ showed the car to be confident, adventurous and generous. “We always think about what the Mitsubishi brand can provide for its customers.” 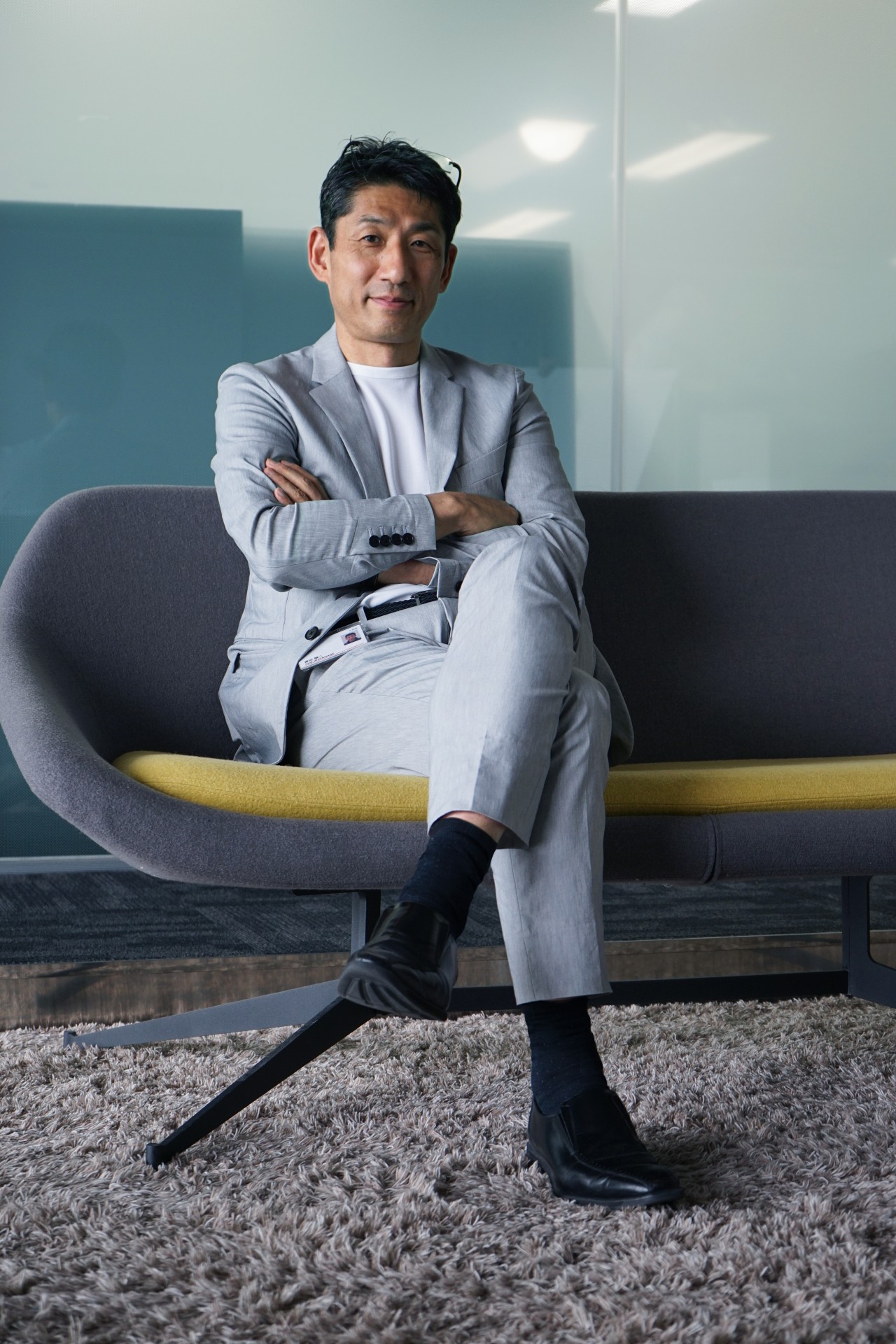 Here are a few more questions from our interview:

How old were you when you got interested in cars? When did you decide that you wanted to be a designer?

(Brightening up) When I was in high school. My father was a ceramic artist, but I was more interested in mass production. The highest level of mass production is the vehicle industry.

Compared to the old Outlander, the new Outlander is made to look bigger through the design. Why?

I looked at other companies’ vehicles and checked the dimensions of overall width, length and height. The previous Outlander is very small, and the overall width is narrower. The shoulder room and the distance between the driver and the passenger are also very narrow. With these comparisons, I felt that we should make it roomier with more efficient packaging than the previous Outlander.

We secured competitive roominess with the width; the overall length and height are mostly the same as the previous one. The stance and the width are different, giving us a roomier interior. We were particular about showing performance imagery backed by Mitsubishi technology. It was important to illustrate the Mitsubishi brand and technology in this flagship model. We perfectly controlled the stance/body, body/tire location, and A-pillar/tire location. We reformed the proportions and packaging.