Matthew Kemp, from Airdrie, AB, and an engineering student at the University of Alberta was the winner of the fourth Infiniti Engineering Academy held during the Canadian Grand Prix

MONTREAL, QC: It’s the only competition in Formula One where a Canadian is guaranteed to win.

It is the annual Infiniti Engineering Academy that invites engineering students from across the country to a competition during the Canadian Grand Prix, offering the winner a year’s placement in the U.K. spending six months working at the Renault F1 Team’s Technical Centre (Enstone) and six months at Infiniti’s European Technical Centre (Cranfield).

The program is not only prestigious, but it is one of the very few ways to get into the hyper competitive world of Formula One – and no wonder Infiniti Canada received 250 applications in Canada and more than 10,000 worldwide.

This was the fourth event and is unique in that Infiniti is the Technical Partner with Renault F1 and supplies the hybrid power system to the racecar.

That partnership makes possible the only program in F1 where engineering students from around the world compete and, perhaps, realize a dream.

This year the final 10 students, all in their early 20s, hailed from Ontario, Manitoba, Quebec, British Columbia and Alberta, including one Toronto-born participant now studying in England.

The two-day challenge started on June 5 at the Luciani Infiniti dealership in Montreal, where the finalists took part in various challenges including tests, interviews by expert judges and building a small-scale prototype dragster. 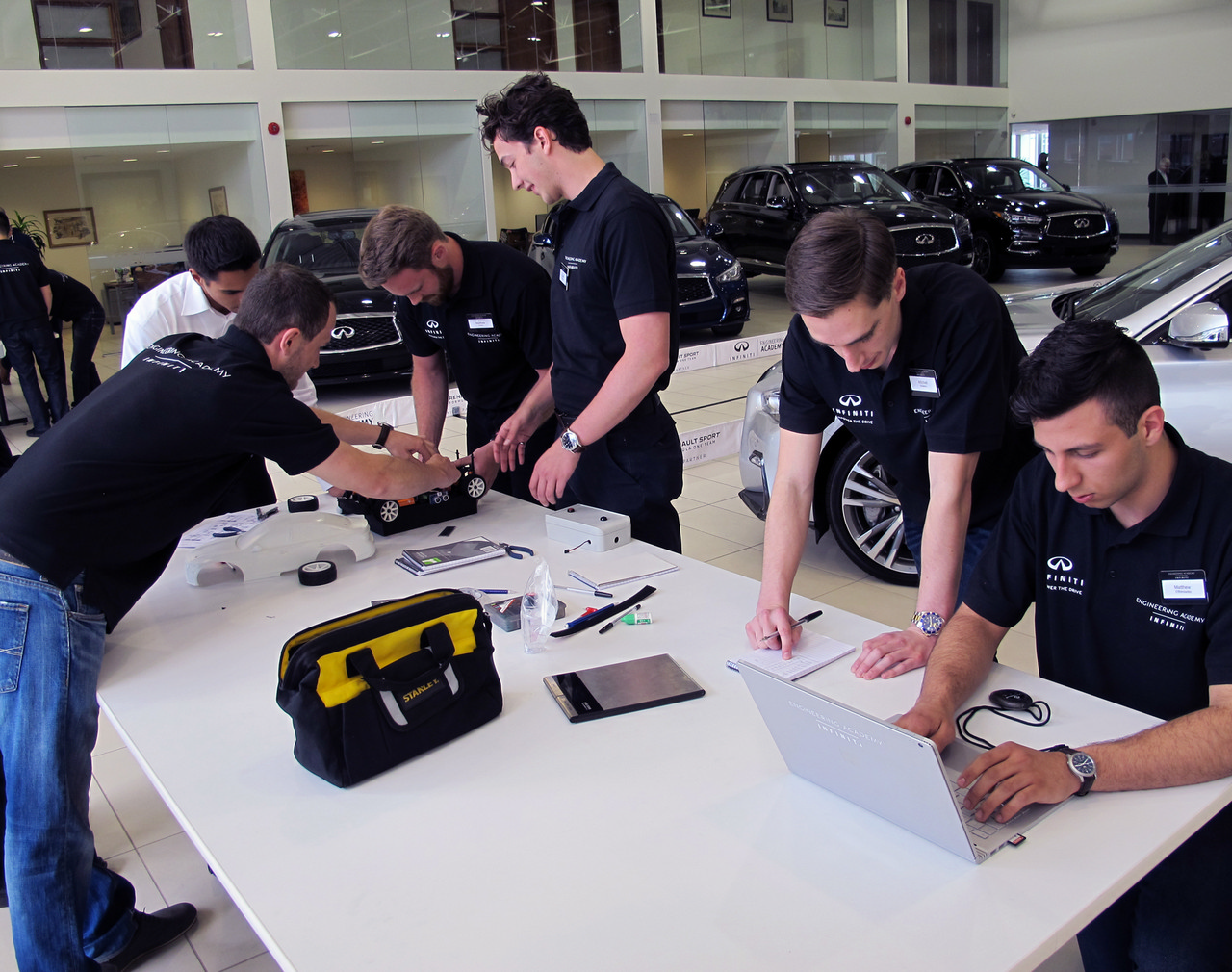 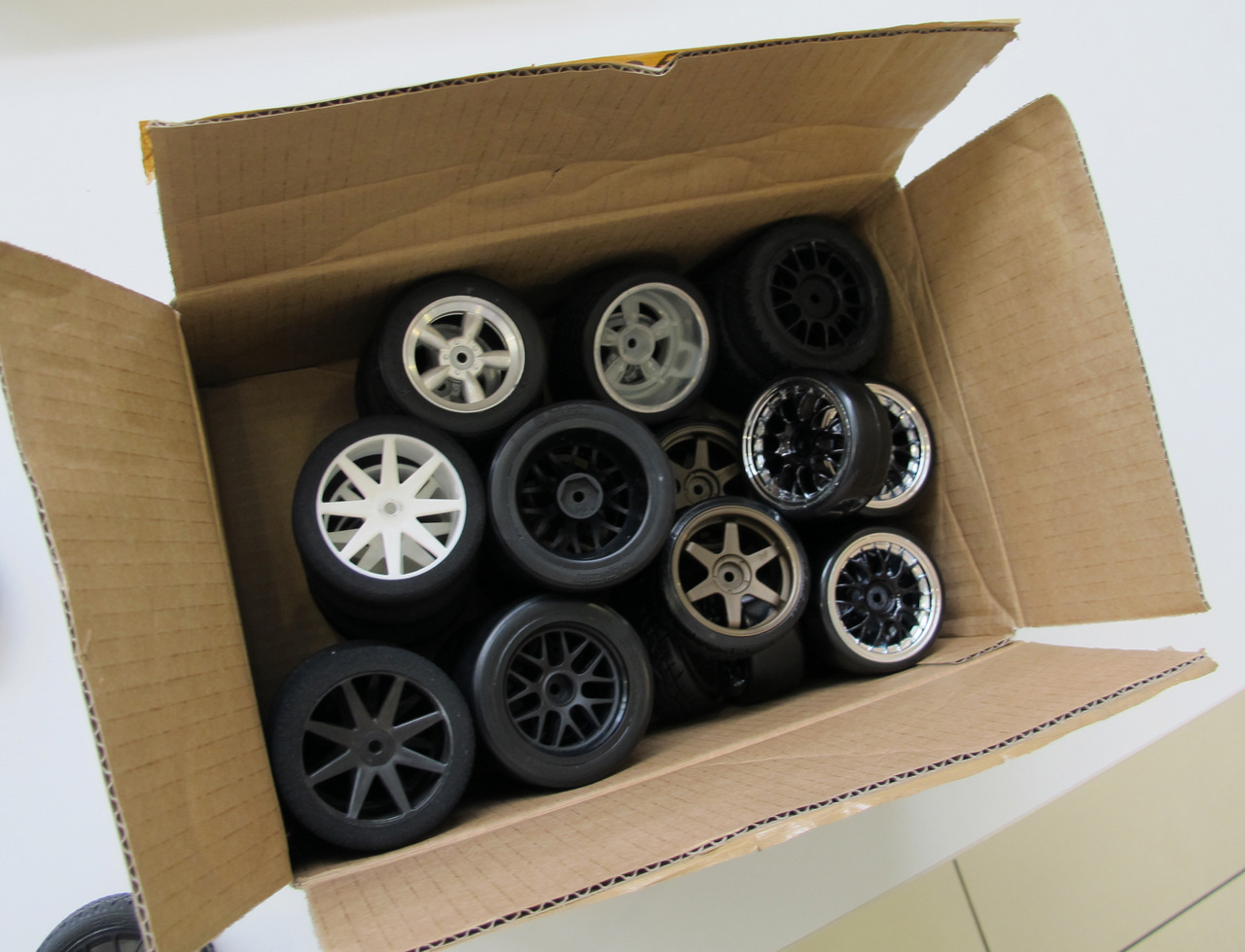 And for the second time, Infiniti invited Harvard University professor, Dr. Julia Minson, who specializes in decision science, to be one of the judges.

Dr. Minson has worked with the Infiniti Engineering Academy to conduct ground-breaking research on decision making in engineering, and how the very best engineers perform under pressure to make decisions when faced with vast amounts of complex data.

I was part of a media team tasked with trying one of Dr. Minson’s exercises and I failed miserably.

But at the end of the first day only three would go on to the second and deciding day where the eventual winner was announced, with the final three being Derek Tan, 25, Waterloo University from Toronto, ON; Luke Gregoris, 22, University of Western Ontario from Aurora, ON and the overall winner, Matthew Kemp, 20, University of Calgary from Airdrie, AB.

The final three were subjected to hands-on sessions next day where they had to calculate tire degradation on the Canadian GP racecar and build an exhaust system on the grid, and finally, face probing questions from an assembled panel of top Canadian auto journalists. 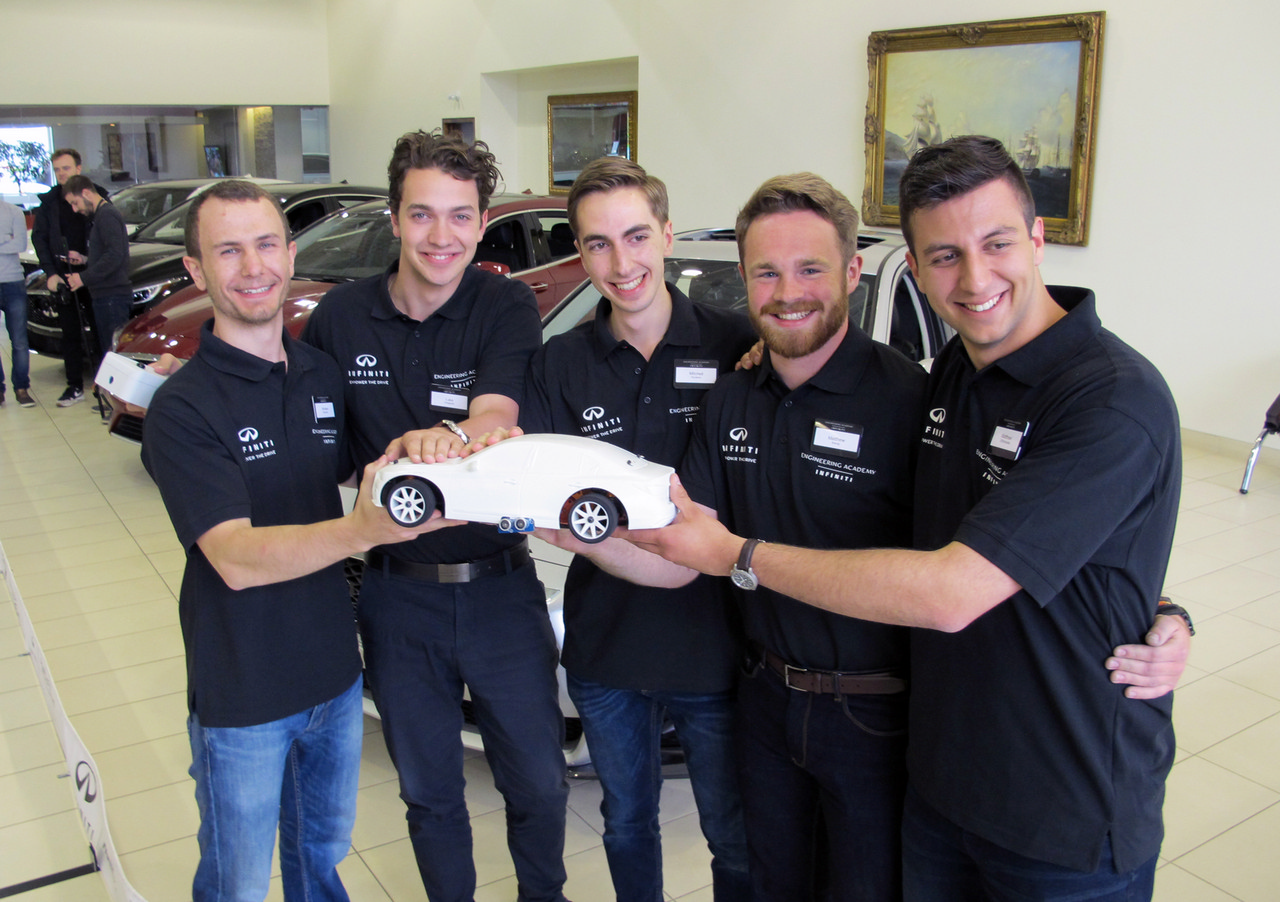 On hand throughout the competition was Tommaso Volpe, director of Global Motorsport and Performance Projects, Infiniti, who said, “At Infiniti, we believe that human talent is the driving force behind technology.

“The Engineering Academy has been incredibly successful. It has allowed us to discover the best emerging talent around the world. In fact, it is no accident that half of our former winners have secured full-time engineering positions in automotive or in Formula One.”

Winner Matthew Kemp will now join the six other winners worldwide, working at Infiniti in the UK for six months and Renault F1 for the other six months.

“I feel incredible; I have learned so much about myself and what it takes to work in motorsport,” Kemp said.

“Going through all the challenges and finishing on top is amazing. Being the youngest, I felt like the underdog, but it has been an honour to compete alongside the nine other finalists.

“I am very thankful for this opportunity provided by Infiniti and the Renault F1 Team, and looking forward to starting my placement in the UK.”