Electrify Canada has just announced its latest expansion. The latest round of openings will bring the company’s total to six ultra-fast EV charging stations in Ontario, allowing vehicles to charge at up to 350 kW.

The latest chargers will start off the Electrify Canada network in the province, allowing EV buyers to traverse Southern Ontario with more options to quick-charge their electric vehicles.

Three of the six new charging stations have already opened, those located on Steeles Ave in Halton Hills, and at Canadian Tire locations in Welland and Agincourt. The Halton Hills location was the first to open back in September. Another three locations, all set to be installed at Canadian Tire locations in London, Barrie, and Kingston are scheduled to be opened sometime during this quarter. Electrify Canada says that the stations are located along major highways to provide “easy access to amenities like shopping, food and restrooms.” In short, they’re positioned like conventional gas stations, which is likely what folks charging their EVs are looking for.

Electrify Canada’s chargers are capable of 50 kW CHAdeMO fast-charging, but also higher-rate 150 and even 350 kW charging. The 350 kW CCS chargers will be among the fastest in the world, even quicker than Tesla’s latest V3 Superchargers. Though there aren’t any vehicles yet that can reliably handle that rate of charge, they are coming. It would allow a vehicle to add 100 km of range in as little as three minutes.

Electrify Canada was formed by Electrify America and Volkswagen Group Canada, with a goal to build out an EV charging network in advance of the expected launch of dozens of VW Group electric vehicles, including Volkswagens, Audis, and Porsches. Though owners of other brand EVs will be able to charge at the network of stations.

The company is planning a rollout of a network of 32 charging stations across BC, Alberta, Ontario, and Quebec, with all locations projected to be open for plugging by the end of the year. Electrify Canada and Canadian Tire have previously announced that at least 20 of the stations will be at Canadian Tire locations.

“This expansion is another step towards bringing greater EV mobility to all drivers,” said Robert Barrosa, chief operating officer at Electrify Canada. “The new locations were carefully chosen to help power drivers’ journeys throughout the province, and we couldn’t be prouder to offer a fast, easy and convenient charging network.” 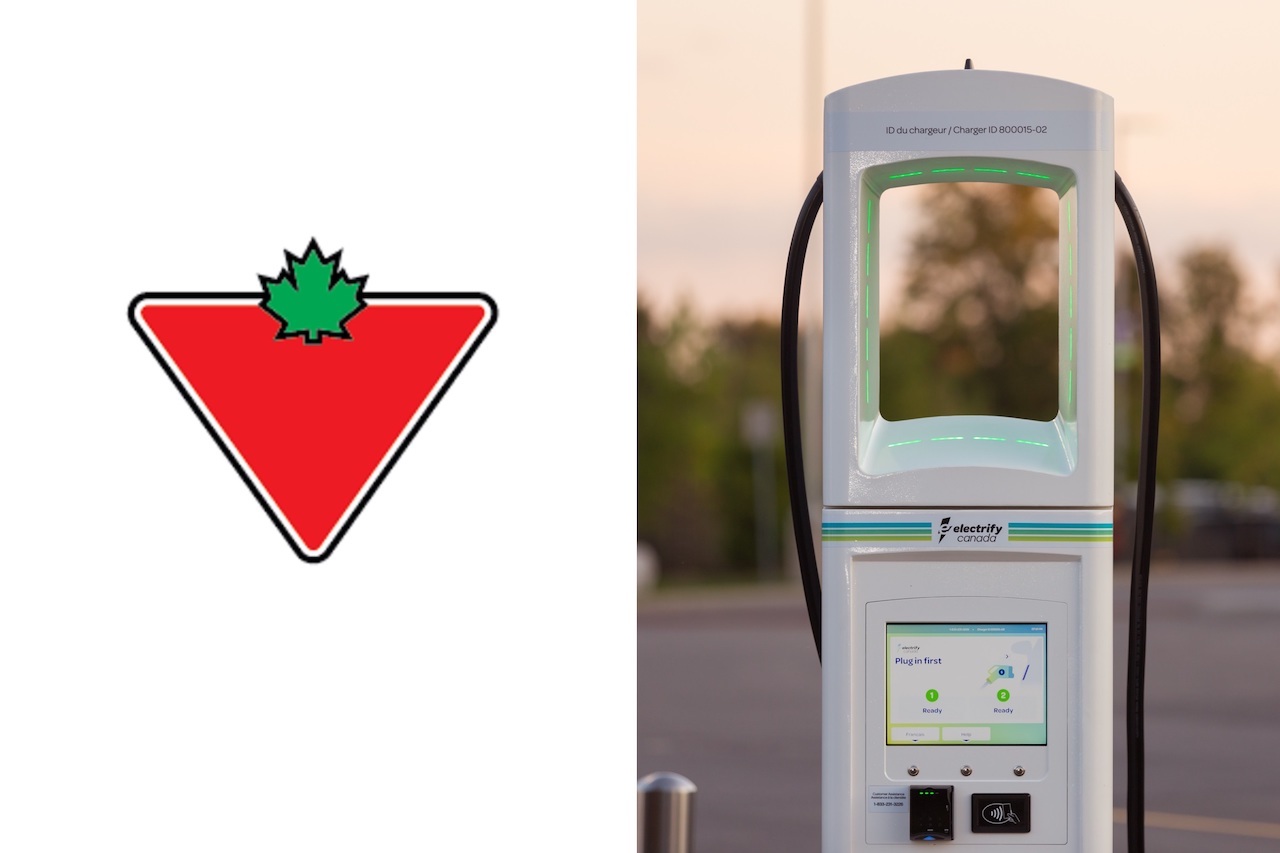